China goes to great lengths to avoid being sucked into the Middle East’s myriad conflicts. But China’s increased security engagement in Central Asia may well be an indication of how it hopes to proceed in the Gulf and the broader Middle East. 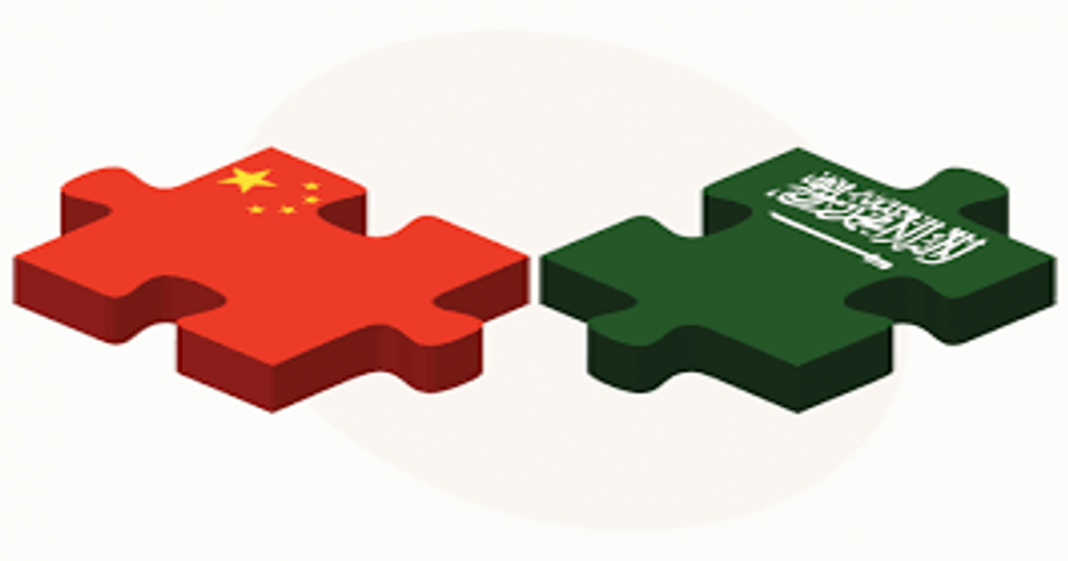 China and the Gulf states are in the same boat as they grapple with uncertainty about regional security against the backdrop of doubts about the United States’ commitment to the region.

Dependency on US for security

Like the Gulf states, China has long relied on the US defense umbrella to ensure the security of the flow of energy and other goods through waters surrounding the Gulf in what the United States has termed free-riding.

In anticipation of the day when China can no longer depend on security provided by the United States free of charge, China has gradually adjusted its defense strategy and built its first foreign military facility in Djibouti facing the Gulf from the Horn of Africa.

With the People’s Liberation Army Navy tasked with protecting China’s sea lines of communication and safeguarding its overseas interests, strategic planners have signaled that Djibouti is a first step in the likely establishment of further bases that would allow it to project long-range capability and shorten the time needed to resupply.

But Chinese strategic planners and their Gulf counterparts may part ways when it comes to what would be acceptable geopolitical parameters for a rejuvenated regional security architecture.

A rejiggered architecture would likely embed rather than exclude the US defense umbrella primarily designed to protect conservative energy-rich monarchies against Iran and counter militancy.

In contrast to China and Russia, Gulf states, as a matter of principle, favor identifying Iran as the enemy and have cold shouldered proposals for a non-aggression agreement. But for that they need the United States to be a reliable partner that would unconditionally come to their defense at whatever cost.

For its part, China goes to great lengths to avoid being sucked into the Middle East’s myriad conflicts. Adopting a different approach, Russia has put forward a plan for a multilateral security structure based on a non-aggression understanding that would include Iran.

No doubt, China, unlike Russia, wants to postpone the moment in which it has no choice but to become involved in Gulf security. However, China could find itself under pressure sooner rather than later depending on how Gulf perceptions of risk in the continued reliance on the United States evolve.

Influence of the American politics

One factor that could propel things would be a change of guard in the White House as a result of the US election in November.

Democratic presumptive candidate Joe Biden, as president, may strike a more internationalist tone than Donald J. Trump, though a Biden administration’s relations with Saudi Arabia could prove to be more strained. Similarly, Mr. Biden’s focus, like that of Mr. Trump, is likely to be China rather than the Middle East.

By the same token, China’s appraisal of its ability to rely on the US in the Gulf could change depending on how mounting tensions with the US and potential decoupling of the world’s two largest economies unfolds.

Read More: Upcoming US President: Policy Towards the Gulf Will Change Regardless

China’s intention for the future

China’s increased security engagement in Central Asia may well be an indication of how it hopes to proceed in the Gulf and the broader Middle East. China has stepped up joint military exercises with various Central Asian nations while its share of the Central Asian arms market has increased from 1.5 percent in 2014 to 18 percent today.

Founded in 2001 as a Central Asian security grouping, the Shanghai Cooperation Organization (SCO) has expanded its relationships in South Asia and the Caucasus, and admitted Iran as an observer.

Referring to China’s infrastructure, telecommunications, and energy-driven Belt and Road Initiative (BRI) that seeks to link the Eurasian landmass to the People’s Republic, China and Central Asia scholar Raffaello Pantucci explained that: “China is expanding its security role in Central Asia to protect its interests in the region and is increasingly unwilling to abrogate security entirely to either local security forces or Russia.”

“By doing so, Beijing is demonstrating an approach that could be read as a blueprint for how China might advance its security relations in other BRI countries,” Mr. Pantucci wrote.

Central Asia may find it easier than the Gulf to accommodate the Chinese approach.

Point of concern for Gulf states

The problem for most of the Gulf states is that taking Chinese and Russian concerns into account in any new security arrangement would have to entail paradigm shifts in their attitudes toward Iran.

Saudi Arabia and the United Arab Emirates – which has recently made overtures to Iran, insist that any real détente has to involve a halt to Iranian support for proxies in various Middle Eastern countries as well as a return to a renegotiated agreement that would curb not only the Islamic Republic’s nuclear program but also its development of ballistic missiles.

Caught between the rock of perceived US unreliability and the hard place of Chinese and Russian geopolitical imperatives, smaller Gulf states, including the UAE, in contrast to Saudi Arabia, are hedging their bets by cautiously reaching out to Iran in different ways.

They hope that the overtures will take them out of the firing line should either Iran or the United States, by accident or deliberately, heighten tensions and/or spark a wider military confrontation.

To be sure, various Gulf states have different calculations. Saudi Arabia and Bahrain have adopted the most hardline position toward Iran. Oman and Qatar have long maintained normal relations, while the UAE and Kuwait have made limited overtures.

The crux of the situation

In the short run, Gulf states’ realization of China and Russia’s parameters could persuade them to maintain their levels of expenditure on weapons acquisitions. And, in the case of Saudi Arabia and the UAE, to pursue the development of a domestic defense industry, despite the economic fallout of the pandemic, the drop of oil and gas prices, and the shrinking of energy markets.

Probably, so will recent Iranian military advances. Iran last week publicly displayed what is believed to be an unmanned underwater vehicle that would allow the Revolutionary Guards’ navy to project greater power – because of its long-range, better integrated weapons systems – and more efficiently lay underwater mines.

The vehicle put Iran in an even more elite club than the one it joined in April when it successfully launched a military satellite, a capability only a dozen countries have. When it comes to unmanned underwater vehicles, Iran rubs shoulder with only three countries: the United States, Britain, and China.

Purpose of Iran’s show of power

Iran’s advances serve two purposes: they highlight the failure of the United States’ two-year-old sanctions-driven maximum pressure campaign to force Iran’s economy on its knees, and, together with massive US arms sales to Gulf countries, they fuel a regional arms race.

To be sure, Russia and China benefit from the race to a limited degree too.

In the ultimate analysis, however, the race could contribute to heightened tensions that risk putting one more nail in the coffin of a US-dominated regional architecture. That in turn could force external powers like China to engage whether they want to or not.

“China is quickly learning that you can’t trade and invest in an unstable place like the Middle East if you don’t have the means to protect your interests,” said Israeli journalist David Rosenberg. “Where business executives come, warships and commando units follow, and they will follow big.”

Dr. James M. Dorsey is an award-winning journalist and a senior fellow at Nanyang Technological University’s S. Rajaratnam School of International Studies in Singapore. He is also an adjunct senior research fellow at the National University of Singapore’s Middle East Institute and co-director of the University of Wuerzburg’s Institute of Fan Culture in Germany.

CPEC: a corridor of prosperity or uncertainty?