How can we empower the strategy and tools in battling the coronavirus outbreak? Chinese author, Liu Chin, examines the ground realities taking into account the effects arising from the spread of misinformation and globalization, which is gradually shrinking. 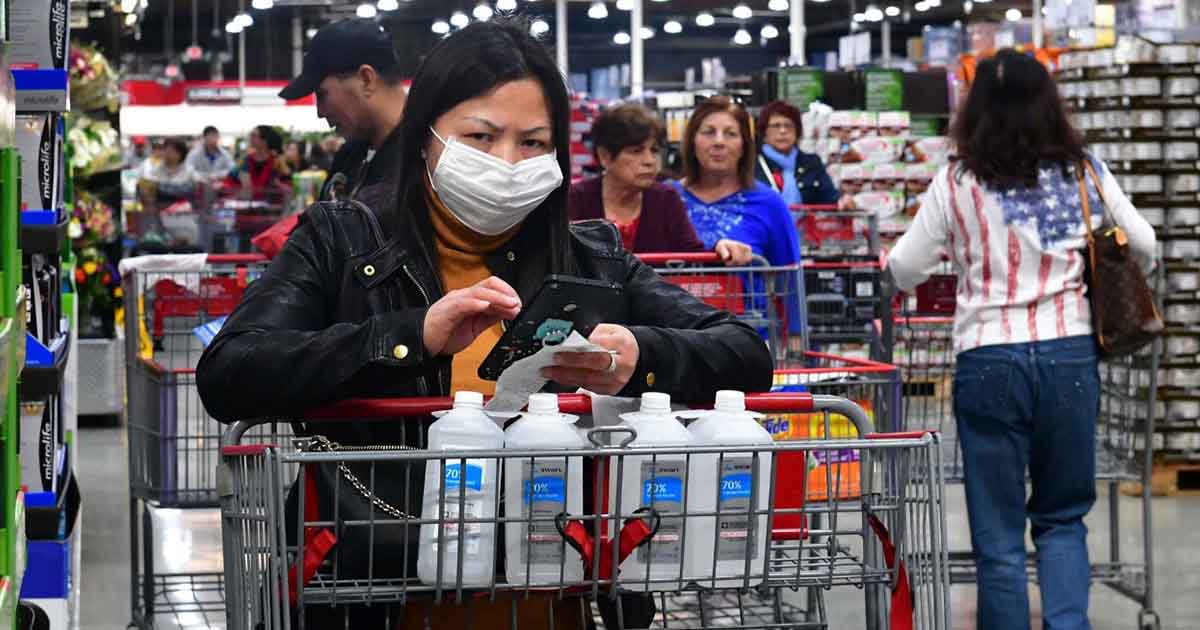 On any given day in February, you could watch the news about the Coronavirus outbreak (COVID-19). Globally, 80,239 confirmed, outside of China 2459 confirmed, and 35 countries throughout the world where COVID-19 is spreading, according to the World Health Organization’s Feb 25 situation report.

The virus is spreading swiftly, for instance, the globally confirmed cases rose by 33,242 within half a month from 46,997 on Feb. 13. As it stands, the virus outbreak is negatively affecting the world economy.

“The deadly coronavirus outbreak could choke global growth and veer the U.S. toward a recession”, former Federal Reserve Chair Janet Yellen warned at an event held by the Brookings Institution on Feb 26.

As coronavirus fears pummel the world, stocks of efforts have been launched in containment of the epidemic. As the vast majority of reported cases thus far, China has taken an all-of-people approach.

The movement restrictions apply to everybody, not just the quarantined people. The Wuhan people, however, take it as playing a role in saving life. Thus, they have the courage and determination to play the role

For instance, the cutting of Wuhan in Hubei Province where confirmed most cases in order to protect the world from this disease. It is a heavy-handed decision as Wuhan is the largest city in central China, with a population of nearly 15 million.

The movement restrictions apply to everybody, not just the quarantined people. The Wuhan people, however, take it as playing a role in saving life. Thus, they have the courage and determination to play the role.

The rise of disinformation in public arena has been a hot-button issue in the world. The dramatic advances in information technology thrive on social media such as Facebook, Twitter, WhatsApp, Wechat and so on.

As to positive points, there are more channels through which information flows, and that this makes information manipulation harder to address. The ease of creating and spreading bad information, and even lies, at the same time, shrink the public trust in institutions.

When disinformation outpaces the efforts to correct it, “the panic rears its ugly head whenever the media attaches an Internet angle to a breaking news story” noted by Mike Godwin in 1995.

Disinformation pollutes information environment, making public administration more difficult to address. In the situation of an emergency such as the coronavirus outbreak, the awareness of distrust about the government’s ability leads to misunderstanding, cynicism, and disengagement in the end.

According to a Pew Research Center’s survey, two-thirds of Americans think that other Americans have little or no trust in the federal government.

In China’s battling the coronavirus outbreak, public discourse is complicated. In the beginning, when the instant reaction system to the outbreak was not well established, the mass public would resort to their own curated information platform such as Weibo, WeChat in China and Facebook, Twitter outside China rather than the common public sphere. The disinformation increased the likelihood of panic, misunderstanding, and division.

Western democracies confronting the spread of the novel coronavirus are facing a test with profound implications for their future: Will they fail where authoritarian China is succeeding? https://t.co/B0qVILgL6Z

When the official information publicity system at all levels was soon available including situation report, briefs, press conferences, and on-the-spot report, the control measures launched by government have much greater accesses to the public.

The transparency of information holds governments more accountable, and that helps rebuild the faith in combating the virus outbreak in China. A transparent information environment is not the only thing that matters in taming of the coronavirus outbreak, but no possibility to win the battle without it.

Globalization, the term was coined by Zbigniew Brzezinski, in his book Between Two Ages：America’ s Role in the Technetronic Era (1969) to refer to a new era that the world is proceeding.

Professor Richard Cooper, Harvard University in his paper, “Economic Interdependence and War” documents three Globalizations in human history: The first globalization in the 16th century; the period 1870-1913 was the second globalization; the third globalization, “the great period of globalization” since the 1970s.

Regarding what makes the third globalization a “great period”, British sociologist, Anthony Giddens’ comments in his Sociology (3rd Edition) (2004) shed light on that “globalization opens our eyes to the fact that the increasing ties between the local and global, it means [in the context of globalization], our actions and behavior will have the consequences for the others, and the world’s problems will have the consequences for us”.

China at the same time has made all-out efforts at home. For instance, China identified the genetic sequence of the virus at a record time and immediately shared the sequence which helps other countries to prepare for the cases

The coronavirus combat turns out, although the context is different from the inseparability of international cooperation for the “global community with shared future” in China’s President Xi Jinping’s remarks.

Since the virus outbreak, China has received varied supports from across the world. For instance, the medical supplies including face masks, medical gloves, and protective suits donated by Pakistan gave warmth to people in Wuhan.

Coronavirus Update: Over 25,100 people have been infected, and 506 have died from coronavirus outside China's mainland by Monday. China's leading scientist on infectious disease predicts the virus will continue its relentless global onslaught till June. pic.twitter.com/bVtT28XKkw

The support reminds the Chinese of the donation made by Pakistan in 2008 for Wenchuan earthquake.

China at the same time has made all-out efforts at home. For instance, China identified the genetic sequence of the virus “at a record time and immediately shared the sequence which helps other countries to prepare for the cases”, said Tedros Ghebreyesus, director-general of the WHO in a press release on Feb 12. The mutual trust is the foundation of international cooperation.

From a historical perspective, the growing evidence shows that citizens can trust the possibility of progress. The transparency of public administration is improving before our eyes. However, disinformation remains perplexing.

This is why the whole world shall work together in pursuit of a better information ecosystem.

Looking into the future, if international perspective surpasses political conflict, economic competition and cultural bias, trust will be strengthened, which give people hope.

That said, there is hope for containment of the coronavirus. Importantly, “In a moment, passes sorrow, That which passes will be dear” (by Alexander Pushkin in 1852).

Liu Chen is the professor of Public Administration and Cultural Studies. Harvard Kennedy School Mason Fellow, Postdoctoral Fellow, Graduate School of Arts and Sciences, Harvard. Her research focuses on policy, practice, leadership, and culture and international cooperation. The views expressed in this article are the author’s own and do not necessarily reflect the editorial policy of Global Village Space.

Covid-19 security threat: Trillions spent on security but no mechanism to fight Covid-19