The deadly COVID-19 coronavirus outbreak is causing chaos across Asia's sporting calendar. Some of the continent's most prestigious sports events, including Formula One's Chinese Grand Prix and the Hong Kong Rugby Sevens have been postponed. 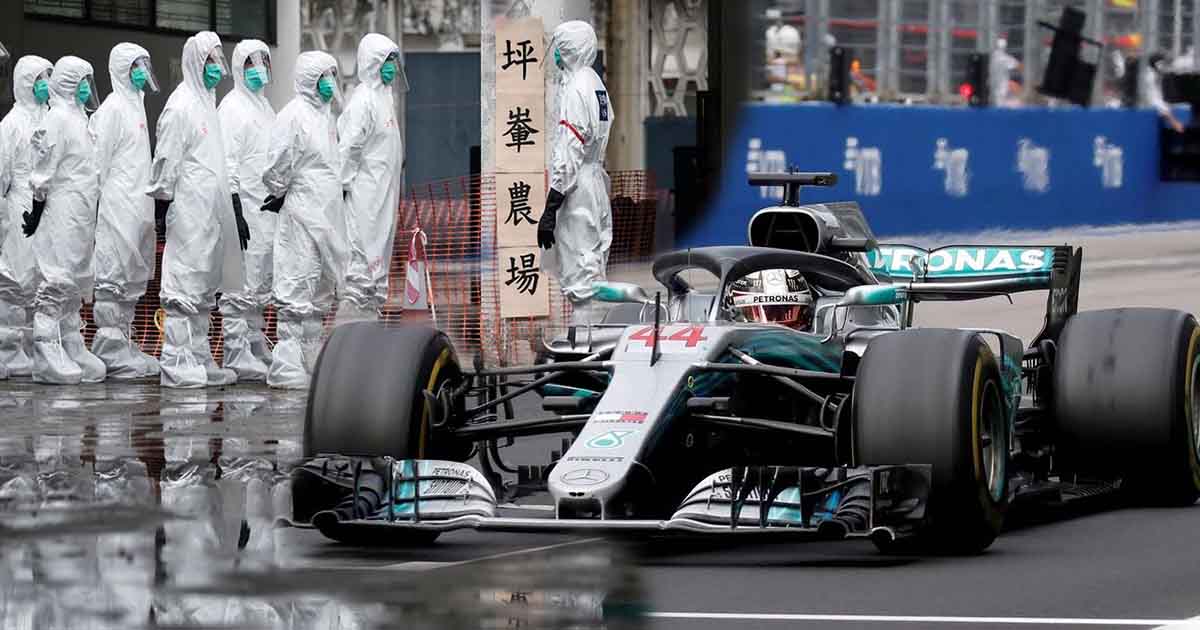 Some of the continent’s most prestigious sports events, including Formula One’s Chinese Grand Prix and the Hong Kong Rugby Sevens have been postponed although Tokyo has pledged that this year’s biggest Sports event 2020 Olympics, due to begin on July 24, will go ahead as planned.

Here is the latest rundown of Asian sporting spectacles already affected by the outbreak and those that could follow suit:

The Chinese Formula One Grand Prix in Shanghai on April 19 was postponed on Wednesday after the governing body FIA took advice from its partners in China “to ensure the health and safety of the traveling staff, championship participants and fans”.

Formula One confirms it is postponing this year’s Chinese Grand Prix racing event due to the coronavirus outbreak https://t.co/lwXcQ21fiL

Nothing has been announced regarding the inaugural Vietnamese Grand Prix, scheduled for April 5 on a Hanoi street circuit — around 135 kilometers (80 miles) from the Chinese border.

The Chinese Formula E Grand Prix on the southern island of Hainan on March 21 has been scrapped.

Sevens World Series tournaments in Hong Kong on April 3-5 and Singapore the following weekend have been postponed, World Rugby announced on Thursday.

The Singapore tournament will now take place on October 10-11 and Hong Kong a week later on October 16-18, concluding the 10-stop world series.

The world-famous Hong Kong Sevens has not missed a year since it was founded in 1976 — it played on during the deadly 2003 SARS outbreak in the city — and it is hoped the 40,000-capacity sell-out, three-day extravaganza can continue that proud run by being played in October instead.

The event is a huge revenue-generator for the city, with bars restaurants and hotels booked out months in advance as thousands of players, officials and fans fly in from all over the world.

Tokyo Olympics organizers Thursday hit back at speculation the Games could be scrapped, with less than six months to go until the opening ceremony on July 24.

Tokyo 2020 CEO Yoshiro Mori, at a meeting with International Olympic Committee officials, said: “There are many irresponsible rumors but I would like to make it clear again that we are not considering postponing or canceling the Games.”

The elite women’s US LPGA Tour canceled all three of its lucrative early-season events in Asia in Thailand, Singapore and Thailand with a combined prize purse of more than $5 million.

The European Tour is expected to postpone its China Open at Shenzhen in April, with an announcement soon.

Among the cancelled events due to the novel #coronavirus outbreak are golf's HSBC Women's World Champions and LPGA Thailand. https://t.co/QH9mtCUCY0

The Asian Tour told AFP Thursday that next month’s Malaysia Open and Royal’s Cup in Thailand were still going ahead with precautions such as temperature checks and travel declarations.

The US PGA Tour’s third-tier China Series has postponed two qualifying events, which had already been moved to Thailand and Indonesia, until early May.

The China-based circuit has also shelved its first four regular-season events in Sanya, Haikou, Chongqing, and Guangzhou and plans a truncated season of 10 tournaments, down from 14, beginning in late May or June.

China has suspended all domestic football and postponed indefinitely the top-flight Chinese Super League season which was due to kick off on February 22.

The virus has hit Asia’s continental competitions, with four Chinese clubs’ home group matches in the AFC Champions League, which began this week, being postponed until at least April and May.

Home AFC Cup matches for Vietnamese teams have been postponed or moved to away venues after the government banned all sports and entertainment events in February.

Read more: Why hand washing really could slow down an epidemic

No decision has been made yet on Asia’s World Cup qualifying matches next month. China is due to host the Maldives on March 26 and play in Guam five days later. Fixtures involving Hong Kong and Taiwan could also be in doubt.

A women’s Olympic qualifying event between China, Taiwan, Thailand and Australia scheduled for last week in Wuhan, the disease epicenter, was moved to Sydney.

The World Indoor Championships, scheduled for Nanjing from March 13-15, were postponed for a year.

The Hong Kong Marathon, due to take place on Sunday, was canceled. World Athletics is scheduled to host an elite Diamond League meeting in Shanghai on May 16.

The China Masters tournament from February 25 to March 1 has been shelved, the Badminton World Federation said, while indicating that the Asia Championships in Wuhan from April 21-26 are likely to follow suit.

The Chinese Basketball Association has postponed the second half of its top-flight CBA League, which had been due to start on February 1.

A qualification event for the Tokyo Olympics initially scheduled from February 3-14 in Wuhan was moved to Amman in Jordan and will be held from March 3-11.

The Tour of Hainan from February 23 to March 1 — a second-tier ProSeries race — was canceled.

Hong Kong’s famous horse racing industry is staggering on, although all off-course betting shops are shut and twice-weekly meetings are taking place behind closed doors.

The Singapore-based One Fighting Championship, Asia’s largest mixed martial arts promotion, announced Thursday that their card in Chongqing on April 11 would be moved to Jakarta.

The Fed Cup Asia/Oceania Group I event between China, Taiwan, Indonesia, South Korea and Uzbekistan in Dongguan was postponed and will now be played in Dubai from March 3-7.

Men’s World Cup races in the Chinese resort of Yanqing, the first test events for the 2022 Beijing Winter Olympics, were canceled and will run in Saalbach-Hinterglemm, Austria at the weekend.

The China Open in Beijing, set for March 30-April 5, has been canceled.

China to choke US technological strength by restricting rare earths

Bio Warfare: Did China Stumble upon “Virus” it could not Control?