Crippling Pakistan seems like a favorite sport to our self-appointed homegrown viceroys who bears no shame whatsoever in pushing the country on the edge of the precipice. 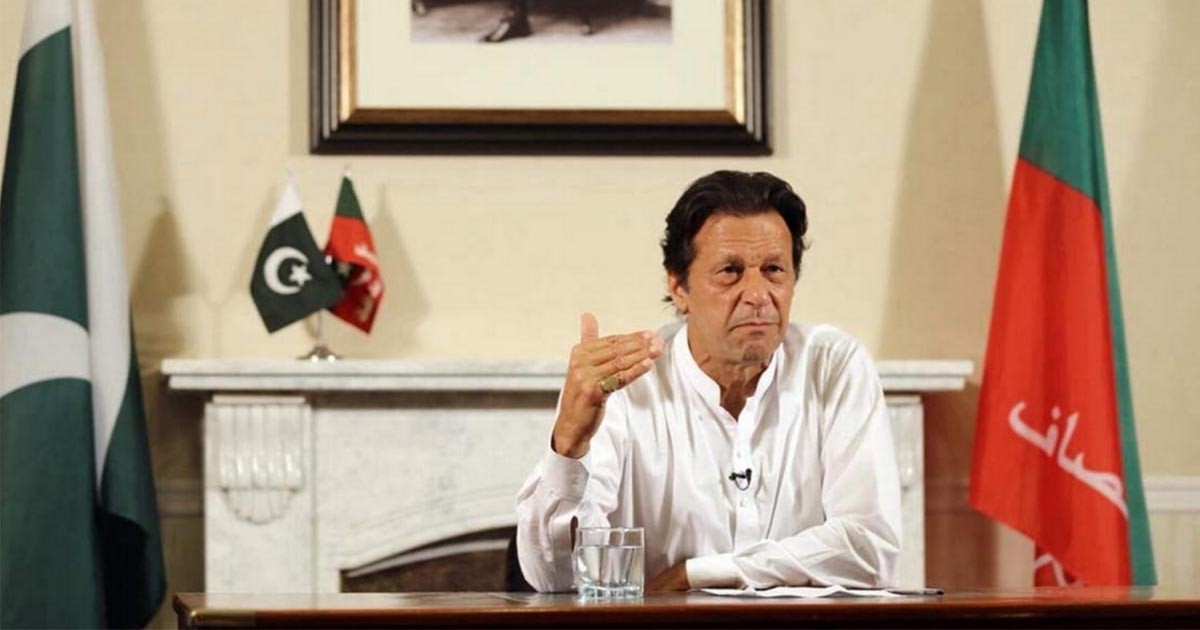 I will break your legs: this threat is widely used in Punjab and is very effective in intimidating the ordinary folks. Breaking legs is a bailable offense but its effects are crippling forever. Over the years we have been crippled as a nation while the offenders keep getting bail after bails.

When the fourth usurper was being tried under Article 6 of the constitution of Pakistan he was not only bailed out but also allowed to leave the country. Now the so-called elected viceroy of Pakistan has adopted the same escape route to freedom after financially crippling the nation.

It was his speed and movement that was unstoppable. The Chinese had to build a wall to protect themselves. Alexander conquered the world with his ability to move

The process of crippling started with the murder of the first truly elected Prime Minister (PM) in 1951. What followed was a tussle between the forces of change and the colonial status quo. Rule by brute force took complete control of the republic turning it into a ‘Vicegerent Dominion’ reporting or answerable to no one.

A chain of self-appointed viceroys starting with Baboo Ghulam Muhammad, Baboo Iskander Mirza and then General Ayub Khan emerged on the scene. The process has continued unabated since then, ‘break legs, cripple the nation and rule’ has been the approach.

As a nation can we recover from this crippled state?

Unfortunately, handicapped individuals cannot put up a good fight back. The handicaps have to be addressed and overcome before building resistance. Several unsuccessful attempts have been made to overcome this shortcoming. Article-25-A of the constitution declared literacy to be the right of the citizen to be provided within a decade.

Viceroy Zia-ul-Haq removed the time clause. After wasting about three decades the right was restored through the 18th amendment. Every five-year-old child had to be in a school by August 2017 which has not happened. Today my friend the Minister for Primary Education announced that the city of Lahore needs 1000 new schools. Universal primary coverage is the first step in the crusade for literacy.

As breaking of legs is a Punjabi threat (Barak), the shifting of capital from the city of Quaid near Viceroy Ayub Khan’s village in Haripur was the first widespread effective crippling attack. Karachi was mini Pakistan that reflected the image of the new republic. East Pakistan and the smaller provinces were unhappy with this move to cripple the nation.

My father, a worker of the Pakistan Movement always believed that one must stand up and fight before being crippled. Unfortunately, there is no one left to fight back for the suffering masses. Despite his popular support, the PM has realized the deep-rooted effects of the crippling process. Only crippled people can be subjected to this blatant abuse.

In America, it is widely believed that crippling is worse than death as the suffering is prolonged. There was a high profile case of trespassing in the USA. For the purpose of stealing a thief jumped over the fence, an automated bullet hit him and he was incapacitated. He went to the court to claim damages as the fence had no warning signs. The lifelong injury was much beyond the crime he had committed.

The court decided in his favor. Now, warning signs are posted on all fences and protected areas. Even thieves have rights in civilized societies while in an autocratic set up like ours people neither court nor matter. The self-appointed Viceroys of Pakistan have played a pivotal role in crippling the nation. The country has experienced very short periods of democracy and growth.

Read more: Who are the ‘aliens’ in Pakistani politics?

The list of Viceroys include: Ghulam Muhammad (I), Iskander mirza (II), Ayub Khan (III), Yahya Khan (IV), Zia-ul-Haq (V), Ghulam Ishaq Khan (VI), Mian Nawaz Sharif (Viceroy in waiting), Asif Zardari (Viceroy in waiting), Pervez Musharraf (VII) etc. These nine individuals have been responsible for crippling the nation. Some of them have built family empires which are now being investigated.

Muhammad Ali Jinnah the first Governor-General followed by Khawaja Nazimuddin both served the nation well. Jinnah built property through his flourishing law practice. After his death, his sister lived in Jinnah House Karachi while the Corps Commander occupied his house in Lahore. Jinnah House Bombay is the most priced property there and is being litigated for ownership by the Governments of India and Pakistan and his heirs.

A crippled nation that cannot stand on its own feet has no future. Recently the PM issued a statement that half of the tax collection of the country is consumed by debt servicing. Till 1958 Pakistan was debt-free, this trap was laid during the regime of Viceroy-III and has continued since then touching heights during the regimes of the Viceroys in waiting.

The self-appointed Viceroys of Pakistan have played a pivotal role in crippling the nation. The country has experienced very short periods of democracy and growth

Development of Nuclear capability and strong battle-hardened earned forces has ensured nations external security but internally there is a state of collapse. Very few individuals have the capacity to stand up and demand their rights. Agriculture and rural development holds the key to development.

Unfortunately, this sector has been widely ignored. The focus has been on developing a few megacities. Instead of Agro-based industry focus has been on low value-added exports. Mafias continue to exploit the growers to their own advantage while the state helplessly watches. Genghis Khan conquered the world on the strength of his horse-driven cavalry.

It was his speed and movement that was unstoppable. The Chinese had to build a wall to protect themselves. Alexander conquered the world with his ability to move. He overcame the ‘Elephants of Porus’ who trampled their own army out of fear of his charge. As a nation, we have to get organized and prepare to take on these ‘while elephants’ who have ruled over us.

Lessons of history should be reviewed and analyzed to overcome our handicaps. For the future of our coming generations, this phenomenon of crippling has to be overcome and reversed. Only able and healthy nations that can move with speed rise rest remain crippled and eventually perish.