Karan Johar has not responded to the vitriol against him on social media. The director has lost 188K followers on social media so far following the suicide of Sushant Singh Rajput. 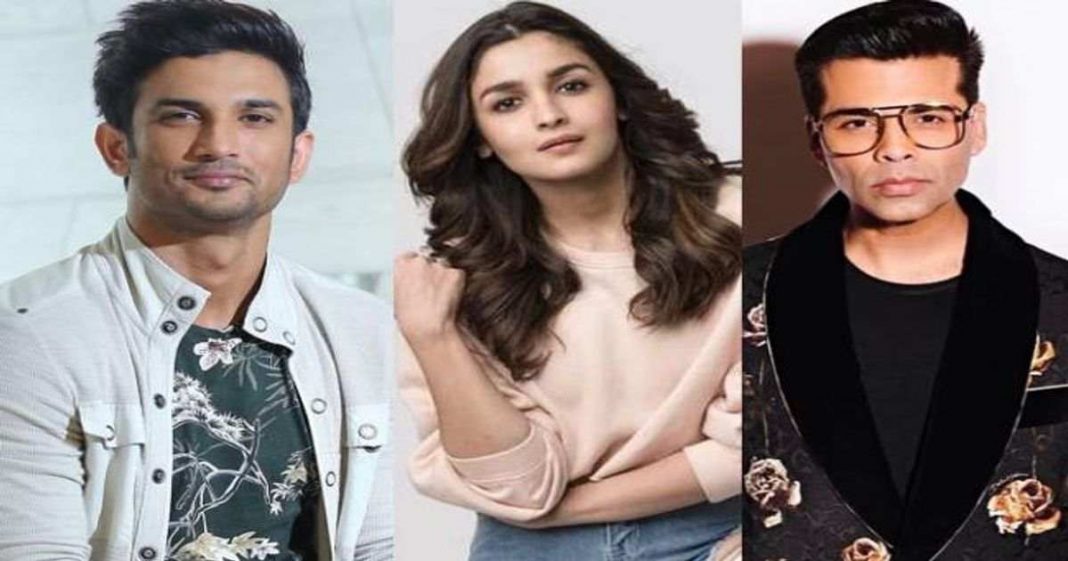 Indian social media users are discussing the cons of nepotism in Bollywood under the hashtag #KarJoharGang. The suicide of Sushant Singh Rajput flared up hate campaigns against Karan Johar. Indian netizens believe Karan Johar and the likes of him played a role to impede the career progress of the actor in the industry that disheartened him and forced him to take a drastic step.

Karan Johar has not responded to the vitriol against him on social media. But he is on the spree of unfollowing people on Twitter. He is currently following Shah Rukh Khan, Prime Minister Narendra Modi, Akshay Kumar, CEO of his production company Apoorva Mehta and the official Twitter handle of his two companies.

Calls to boycott his films and movies are making rounds on social media. The disgruntled fans even burnt his effigies in Patna. Karan Johar currently has 17.2 million followers on Twitter that is fast declining. The resulting mayhem has brought the heavyweights of industries like Salman Khan, Alia Bhatt, and others under fire for supporting clique drive culture and nepotism.

The Indian Twitter brimmed with hateful messages for Karan Johar.

“We should boycott all the films from Karan johar #BoycottFakeStars #JusticeForSushant” tweeted a user.

I have a burning anger in my heart for Karan Johar’s face I can’t explain why but I want to destroy it pic.twitter.com/L31ayMhH5v

“Stopped watching KJO, KHAN’S and their bootlickers movies. No matter how big or entertaining they gonna be. Boycott them and show them who is the boss in this game. This is the only way you can do justice to this innocent smile. #JusticeForSushant” shared another user.

#JusticeForSushantSinghRajput 💐 ……..I will boycott khan’s movie, Karan Johar production,yash raj films etc….those who are responsible for Sushant sir’s death ..we hate them all …go to hell🤬 pic.twitter.com/Ml3ugv47Jc

” You prefer to make a murderer, a traitor an illiterate person into a superstar but not a scholar, a physics Olympiad winner.) #JusticeForSushant #bycottkarnjohrgangmovie #nepotisminbollywood” expressed another user.

Social media stats of celebrities after the death of Sushant Singh

Kangana Ranaut was among the voices who had slammed the culture of nepotism in Bollywood. She has empathized with the deceased Sushant Singh Rajput in the video released soon after his death. Kangana Ranaut also slammed the A-list Bollywood celebrities for making a hostile environment for Sushant Singh Rajput and leading him to the circumstances where he gave up on his life in despair and grief.

Today we all must take a oath to not watch any film from now onwards directed or produced or acted by this snake of bollywood.
Come on we all promise today to ourselves to be on this oath👍🏻👍🏻

She even criticized the Indian media for spinning facts around the suicide of Sushant Singh Rajput. Kangana is among the list of rare celebrities who oppose nepotism in Bollywood. She believes top celebrity Karan Johar is the biggest proponent of nepotism in Bollywood. The actress gained 1.47 million followers on Instagram.

Who gained and lost followers on social media

Ranbir Kapoor Rang in Alia Bhatt’s Birthday With This Gift and All We Can Say is Wow!