FATF: International Lobbying by India Might Retain Pakistan in Greylist

The international politics & lobbying covertly and overtly done by India to get Pakistan Blacklisted by FATF to destroy Pakistan economically is an example of how India has been all out for a long time. Author analyzes how world, especially US will see its own benefits before helping India. 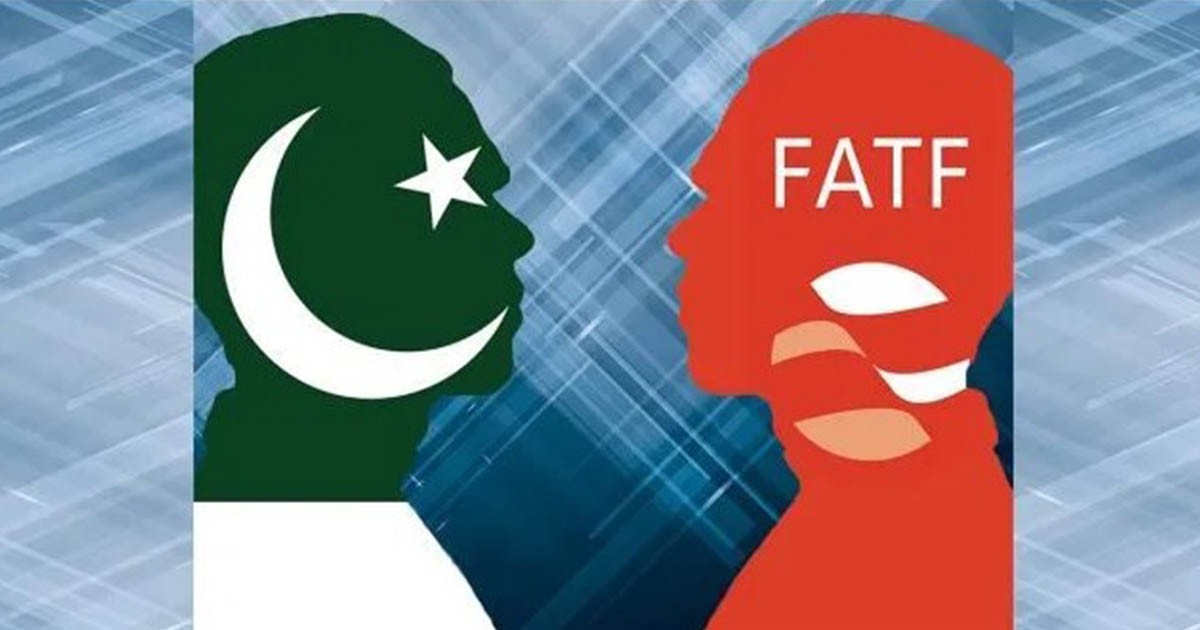 Geo-political considerations will be driving the FATF (anti-money laundering watchdog)’s most likely decision to retain Pakistan in the grey list as its Plenary meeting gets underway in Paris.

The “consensus” based process of the FATF has been politicized enough to preempt Islamabad ending up in the “white” listing at the meeting. In other words, the most likely outcome of Paris Plenary would be to extend the period of Pakistan’s greylisting.

The pretext will be like unless Islamabad fulfills the remaining steps of technical criteria — a tool to whip Pakistan and force its hand for geopolitical concessions—it should remain on the grey list.

On money laundering issue, another requirement by the US Treasury through the FATF is currency smuggling: this is a charge that can be used against any country and so is against Pakistan

Equally, the utility of Islamabad’s cooperation on certain geopolitical interests — notwithstanding, its significant improvements in the fight against money laundering and terror financing—will also most likely help the country avoid being “blacklisted”.

Interestingly, one objective of the body, in the wake of animosity created by India with the US coalescing, (against Islamabad), is to prevent Pakistan from using “grey warfare” as a tit-for-tat response to India’s proxy war game—Delhi is now ironically using the same groups today to destabilize Pakistan, once focused on India in the 1980s. Little wonder that the objective is dressed as “confronting terror groups” criterion.

Zooming in on technical criteria, one issue which is a bone of contention is of Hafiz Saeed. The FATF wants his investigation, prosecution, and conviction and seeks the whole process thus arrived as “irreversible”.

But here is Pakistan’s dilemma: the only irreversible step is to “remove” him from the scene or him hitting the head against a radiator, which is non-option given his human rights; secondly, prosecution needs evidences — only his name on the UN terror list for terrorism charges is not good enough evidence to get his conviction; thirdly, India’s claim of him involved in Mumbai attack is not good enough evidence again; and fourthly, the only option available for Pakistani prosecutors is to prosecute him against “something” he has done but it is still not good enough to lead to his successful conviction and even successful conviction is appealable and can be quashed on weak evidence so we may be back to square one on this point. The same challenges are in the conviction of Maulana Massood Azhar—another boogeyman of India.

On money laundering issue, another requirement by the US Treasury through the FATF is currency smuggling: this is a charge that can be used against any country and so is against Pakistan: having porous borders, black economy or “grey” economy, it will find it almost impossible to completely eradicate currency smuggling. Even technologically advanced and resource-rich country like the US is struggling on this count, besides, human and drug trafficking along its border with Mexico.

In other words, like in the US example, no technical prowess, robust laws, successful prosecution, heavily guarded fencing, could completely wipe out the scourge. So after all the hard work, Islamabad can still be “non-compliant” of the FATF criteria in this regard.

The whole Indian narrative of not talking to Pakistan and refusal to solve bilateral issues is rest on the myth of “cross border terrorism” and alleged use of proxy by Pakistan.

Weaponizing the word “effective” is another challenge: all Islamabad’s efforts can easily be classified as “ineffective” and put in breach of the FATF tossing it back in greylisting.

The fact remains that Pakistan has come a long way when it had the least capacity and political will to put in place robust mechanisms for anti-money laundering and anti-terror financing. The level of seriousness on money laundering and terror financing has never been seen before and the issue has imbibed into the consciousness of professionals, policymakers and implementing bodies and is even acknowledged by many member delegates of the FATF privately.

Zooming out, here is the backdrop against which the delegates of the FATF-AFG — operate. The body itself (ie, FATF) is not apolitical and its process is all the most very political.

Starting from India, Delhi is using any tool to ideally blacklist Pakistan or at least it seeks Islamanad’s retention in the greylisting.

The recent visit of National Security Advisor, Ajit Doval, for example, to Saudi Arabia was part of his lobbying to leverage Indian animosity against Pakistan, asking the KSA’s vote in the Plenary in Paris for blacklisting Islamabad; Saudi Arabia, a strategic partner of Islamabad refused to yield on his request, though. Apart from covert lobbying, India is also overtly involved in info-warfare and propaganda (e,g, as a case in point, is the Indian Defence Minister’s statement that Pakistan will be put in the blacklisting).

The whole Indian narrative of not talking to Pakistan and refusal to solve bilateral issues is rest on the myth of “cross border terrorism” and alleged use of proxy by Pakistan. That Delhi is now using the same policy against Islamabad, is another issue. And to flag the fact that India is co-chairing the sub-body of FATF—APG, (Asia Pacific Group) clearly putting in doubt the overall objectivity of the process itself. Unfortunately, these aspects are completely lost on the US.

Of its own, the United States has geopolitical considerations, i.e, as long as Islamabad plays ball on Afghanistan, Washington will not use the threat of blacklisting but will not help out Islamabad either to get off the greylisting so as to keep the negative leverage just in case required as a pressure point.

Put it another way, the hawks in Washington may very well want Pakistan “blacklisted” but Afghanistan talks (which most likely will get underway soon) is in the US mind not to make the FATF leverage of “greylisting” ineffective by downgrading to blacklisting.

The recent abrogation of article 370 and meek voices on IOK situation are examples of Washington’s tilt, contextualizing its bias against Pakistan’s interests at the FATF

From the US viewpoint, there is another reason why it is illogical to put Pakistan in the blacklist: it will be construed as unleashing vengeance against Pakistan for its good behavior when Islamabad has done so much in the last two years to comply with the FATF.

The ostensible position of Washington is unless Pakistan has completed all items—which is near to impossible as mentioned earlier—Pakistan should be at risk of what possible consequences it carries: blacklisting. Compliance with the FATF is like prosecuting a case, a case not only subjective but also effective.

But given Washington getting closer to India due to it being a big country and a big economy, the US has failed to balance its strategic partnership (with Delhi) vis-a-vis Pakistan: the recent abrogation of article 370 and meek voices on IOK situation are examples of Washington’s tilt, contextualizing its bias against Pakistan’s interests at the FATF.

The excuses to be used not to change the greylisting status of Pakistan at the FATF will be like trust deficit, communication gap, not confronting groups and not doing enough on money laundering, so similar to Indian talking points.

But not to sound politically incorrect, the FATF Plenary will likely put out the narrative; the many noes of items have been done, yet many still lift; the effectiveness of the items covered so far is also lacking so its retaining Pakistan in the greylisting.

It is beyond any doubt that the FATF member delegates’ decision will be mainly driven by geopolitics, emotions, and politicization of India—instead of basing on merit and unbiased process— leading to retention of Pakistan in the greylisting for the foreseeable future.

Jan Achakzai is a geopolitical analyst, a politician from Balochistan, and ex-adviser to the Balochistan Government on media and strategic communication. He remained associated with BBC World Service. He is also Chairman of Centre for Geo-Politics & Balochistan. Views expressed in this article are author’s own and do not necessarily reflect editorial policy of Global Village Space.

Why Public Office holders must defend themselves in public?