Forced conversions in Pakistan: A battle between faith and free-choice?

Forced conversions do take place in Pakistan. However, in many cases families term love-marriages as forced conversions which turn the situation from bad to worse. What should Pakistani courts, public intellectual, and media do? Read this insightful report on the politics of NGOs in Pakistan. 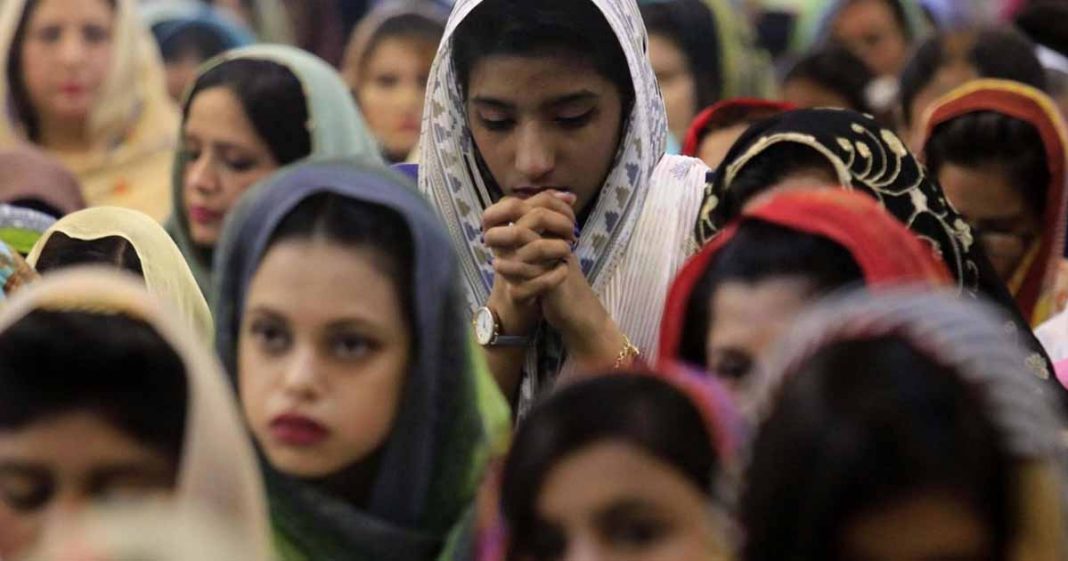 The Human Rights Commission of Pakistan (HRCP), which released its latest State of Human Rights 2019 report on April 30, underlined that on average, over 1,000 cases of forced conversions take place in the country every year. A majority of these are suffered by the Hindu community in Sindh. Forced conversion takes place in Pakistan but sometimes these cases are not only exaggerated but also misreported. This report explains the state of forced conversions, available laws, and the politics of rights organizations.

Unfortunately, despite the lockdowns, cases of abductions and attempted forced conversions are continuously being reported by the Hindu community in the province.

However, one good outcome of the report is a positive exchange between the Ministry of Human Rights (MoHR) and the HRCP. In a first-ever official response to the report, although the ministry complained about non-inclusion in it regarding ‘the progress made during the past year’, it acknowledged that the HRCP had raised several pertinent concerns.

As expected, it also enumerated some measures that the government had taken towards safeguarding the rights of vulnerable groups, such as the Zainab Alert, Response and Recovery Act, 2020, introduced in 2019; the National Action Plan against Child Abuse, which is in the works; and a landmark report issued last year on prison reforms that led to the setting up by the Islamabad High Court of Implementation Commission on Prison Reforms that is being led by MoHR. These developments are positive signs in Pakistan’s journey towards becoming a responsible state ensuring the protection of weaker segments of the society.

A 2018 report by the University of Birmingham suggests that an estimated 1,000 women and girls from religious minorities are abducted, forcibly converted, and then married off to their abductors every year in Pakistan.

In November 2016, a bill was passed unanimously by the Sindh Provincial Assembly to stop the forced conversion in the province. The bill became controversial for the reason that it contained a provision under which no one under 18 could be converted to Islam even out of his free will and choice. ‘Such a bar is not only considered against the teachings of Islam but also in violation of the Constitution’. Therefore, the Bill failed to make it into law as the then Governor, Saeed uz Zaman Siddiqui, returned it in January 2017. The Bill was effectively blocked by mobilization from various quarters.

Under the proposed law, perpetrators could face a minimum of five years and a maximum of life in prison, while minors were forbidden from converting to another religion.

It may be noted that Pakistan has signed and ratified the International Covenant on Civil and Political Rights and ratified the Convention on the Elimination of Discrimination Against Women (CEDAW), of which Article 16 confirms the right of every woman to enter into a marriage ‘only with their free and full consent’.

It is worth noting that last year, two Hindu sisters, Reena, aged 14, and Raveena, aged 16, approached the Islamabad High Court (IHC) to seek protection. The family of the teenage girls claimed that the sisters were abducted from their residence, and forcefully converted them to Islam before they were subjected to underage marriages. The incident came to light after the girls’ father and brother revealed the details in videos that went viral on social media. The girls, on the other hand, had been claimed as the wives of two Muslim brothers. The court ordered to form a commission that concluded that the girls married without any pressure.

In Pakistan, it is a general cultural norm that if girls leave their homes to marry the person of their choice, the family gets an FIR registered against the boy for kidnapping the girl. The recent figures show that 300 ‘kidnapping’ cases had been reported to the police in Islamabad which involved young girls. However, in most of the cases – 250 to be precise – the girls eloped with their lovers to contract love marriage against the family wishes.

Nawaz Sharif: hungry for power at all cost

Kashmiris are living a long nightmare of Indian colonialism