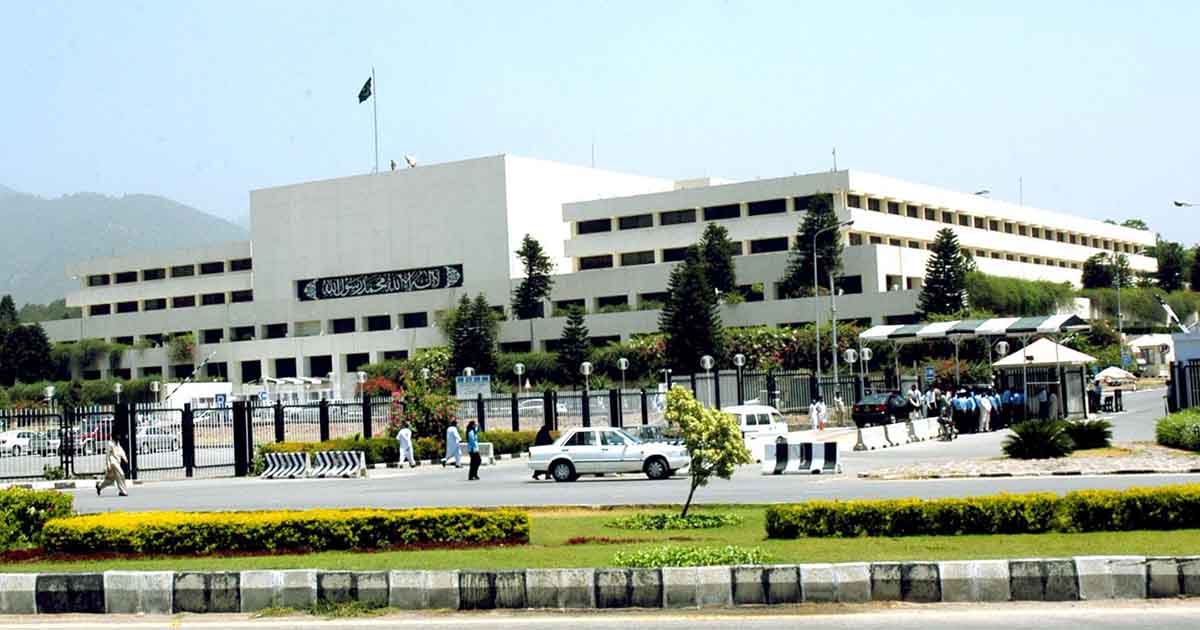 The intoxicating allure of ‘democracy’ stems from the fundamental promise that all citizens, on equal footing, have the right to participate in the governance of their affairs; that a ‘government of the people, by the people, for the people’ will extend the full measure of participation to all people. This parity between the governed and their government will be immutable.

And the said promise is manifested through the process of free and fair elections, where anyone can contest, and all are counted as equals. However, in Pakistan – much like other democracies of the world – the influx of money in political campaigns has robbed democracy of its most fundamental promise of equality. Despite legal safeguards built into our election laws, the flow of – often illegal – money dominates the outcome of the electoral process.

And, consequently, the privilege of being elected is now limited to the select few who can ‘afford’ it. In the circumstances, controlling the influence that money has over elections – or at least regulating it – is perhaps the most essential responsibility of the (de jure) stakeholders that conduct the electoral process: the caretaker government, and the Election Commission of Pakistan (ECP).

For the sake of convenience, it is important to point out that the caretaker government and the ECP are creations of the Constitution of Islamic Republic of Pakistan, 1973. Specifically, Article 218 of the Constitution sets up the ECP, and endows it with the authority to “organize and conduct the election and to make such arrangements as are necessary to ensure that the election is conducted honestly, justly, fairly and in accordance with law, and that corrupt practices are guarded against.” The ECP is headed by the Chief Election Commissioner, a bipartisan appointee, appointed under Article 213 of the Constitution.

The influx of money in political campaigns has robbed democracy of its most fundamental promise of equality.

Read more: Will Pakistan be able to become a strong democracy as government…

And in case no consensus is reached “in three days”, Article 224A commands that two nominees each, one by the leader of the house and one by the opposition, should be forwarded “to a Committee, to be immediately constituted by the Speaker of the National Assembly, comprising eight members of the outgoing National Assembly, or the Senate, or both, having equal representation from the Treasury and the Opposition”.

And in case such Committee also fails to reach a consensus “within three days”, the names of the nominees “shall be referred to the Election Commission of Pakistan for final decision within two days.”

The purpose of this bipartisan constitutional framework is to ensure that the caretaker government and the ECP consist of individuals who have no particular party affiliations, and are independent in their conduct and discharge of responsibilities. This constitutional arrangement is also geared towards ensuring that members of the caretaker government and the ECP, will conduct free and fair elections in accordance with the law, without fear or favour.

As is apparent from this constitutional and legal framework, one of the primary responsibilities of the ECP and the caretaker government is to ensure that the elections take place in accordance with law. This brings us to the issue at hand: as we approach the 2018 General Elections, will the ECP and the caretaker government be able to enforce the law concerning the electoral process, in true letter and spirit?

Specifically, for the purposes of instant discussion, will ECP and the caretaker government be able to enforce laws concerning the use of money/funds, in the electoral process? The idea of political parties being held accountable for their sources of funding also emanates from the Constitution itself – Article 17(3) – which mandates that “every political party shall account for the source of its funds”, as prescribed by law.

Furthermore, under the Election Act (a successor to the Political Parties Order, 2002), each political party is required to submit an annual statement of assets and liabilities, income and expenses, as well as sources of its funds to the ECP. The statute further stipulates that the party leader must certify that no party funds have been received from “prohibited” sources (which may be confiscated by the ECP).

Read more: Pakistan doesn’t have democracy but ‘worst kind of dictatorship’ under CJP…

For individual candidates, the Election Act (a successor to the Representation of People’s Act, 1976) mandates that every candidate, at the time of submission of the nomination papers, must provide a statement of “assets and liabilities” along with those of his/her spouse and dependents, which are open for anyone to “inspect”.

The fact that the new nomination papers have omitted several critical disclosures, is a debate for another time (as the issue is sub judice before the honorable Lahore High Court and the Islamabad High Court). Regardless, elected members are required to file a yearly statement of assets and liabilities with the ECP. And in case any such declaration is “false in material particulars”, the candidate can be prosecuted for “corrupt practice”.

Rules on Campaign Finance Under the Election Act

Read more: Nawaz delivers speech about the future of democracy in Pakistan

It is no secret, however, that these statutorily prescribed limits of election expenditures are not adhered to by most (if not all) candidates in the electoral process. Our political saga is replete with examples about electoral expenditures that make a mockery of campaign finance laws. It is now widely accepted that the 2015 by-election in NA-122 alone entailed a collective candidate expenditure of over Rs. 300 million (between Aleem Khan and Ayyaz Sadiq).

Regularly, party tickets are distributed amongst ‘electables’, who have the financial muscle to contest (read: buy) elections. In many ways, reducing the election to an equation of money, is the very reason that we inevitable elect the same moneyed-elite to our cathedrals of legislative power.

Making matters worse, are issues of ‘purchasing votes’, through financial muscle. In this regard, episodes such as the Asghar Khan case, have lain bare the unholy alliance between political campaigns and the suspected sources of money, which rots the very fabric of our democracy.

Combing through our jurisprudential history reveals that virtually no litigation of note has ever been brought to the courts on issues of campaign finance.

This facet of purchasing votes was also the central controversy surrounding the recent Senate elections of 2018. In fact, Prime Minister of Pakistan, Mr. Shahid Khaqan Abbasi, has made repeated jabs at Chairman Senate, Mr. Sadiq Sinjarani, about the alleged “sale and purchase” of votes that resulted in Mr. Sinjarani being elected Chairman of Senate.

In the circumstances, a few questions need answering: were votes bought and sold during elections for Chairman Senate? Perhaps. Is it lawful to buy and sell votes? Absolutely not. Does the Prime Minister have a valid point? Yes. Have elections in Pakistan become, for the most part, an equation of ‘who spends the most money’? Yes. Should the influence of money, in purchasing votes, be prohibited? Certainly.

But, while Prime Minister Abbasi’s contention regarding the Senate elections might be valid, it is pertinent to ask him a few more questions: Is this the first time that he has noticed the use of money, for the purpose of buying votes, in Pakistani elections? Has he conducted such an inquiry against members of his own party (ever!)? How much money was spent by Ayyaz Sadiq (and Aleem Khan) in the bye-elections? Was Mr. Abbasi’s conscience not jolted into action then, simply because PML (N) won that seat?

Would he care to call for an internal party report for the amount of money that was spent by his party members in the last general elections? Has his government passed any new law, or instituted administrative measures, to ensure that such episodes no longer mar our democratic process? And why has the implementation, of campaign finance laws (relating to the expenditure of money in the electoral process), never been a priority for the government during the past several decades of governance?

Surprisingly, combing through our jurisprudential history reveals that virtually no litigation of note has ever been brought to the courts on issues of campaign finance. The reason for this is not that all parties and candidates have only ever used legitimate sources of funding within prescribed limits, but that since members from all sides of the political divide are guilty of violating campaign finance laws, no one seems interested in raising the issue.

And as a result, our political process has been reduced to a simple equation of who can spend the most money running for elections and then recover it during the term in office to contest once again. No one can reasonably claim that sufficient legal framework for regulating campaign finance issues does not exist on our state books.

Since all administrative authorities, including members of the caretaker government, are required to work under the auspices of the ECP for conducting free and fair elections; the ECP must institute specific monitoring measures for overseeing the expenditure of each candidate.

By transforming the election process into a capital-intensive exercise, we have given up on the idea of allowing ‘anyone’ an opportunity to contest. This sad reality has systematically ostracized majority of our population from ever aspiring for political office. And we have reached this point for no other reason, but a lack of enforcement of the law that already exists on our statute books.

Consequently, the entire responsibility of not enforcing these provisions rests with the executive authorities: the caretaker government and the ECP. And, precisely, this will be the biggest challenge of the caretaker regime and the ECP in the upcoming elections. The ECP will have to take the lead in this regard.

Since all administrative authorities, including members of the caretaker government, are required to work under the auspices of the ECP for conducting free and fair elections; the ECP must institute specific monitoring measures for overseeing the expenditure of each candidate. Special monitoring teams in each constituency must be deputed to observe the ‘on-ground’ expenditures being made.

Read more: Democracy in the West and Pakistan

If ECP’s monitoring of such expenditures, in consonance with the caretaker government, results in providing justiciable proof of campaign finance laws – resulting in disqualification of candidates – it will send shockwaves throughout our democracy. This will not only enforce the applicable law, but will help extend the promise of democracy to a larger fraction of our population.

If freedom is the glory of God and democracy is its birth-right, then the provisions of our election laws must be enforced in letter and spirit, to allow a larger fraction of our population to have the opportunity of participating in this birth-right. Only in this way, can we widen the circle of opportunity in our country, and deepen the meaning of our freedom.

Saad Rasool is a lawyer based in Lahore. He has an LL.M. in Constitutional Law from Harvard Law School. He can be reached at saad@post.harvard.edu Twitter: @SaadRasool.

Is Pakistan likely to be removed from FATF grey list?

Experts to arrive to devise a PIA rescue plan

Is Pakistan likely to be removed from FATF grey list?