Indian Twitter, the hub of anti-Muslim sentiments, once again demonstrated a scornful attitude towards Muslims, disparaging the community, religious beliefs and its followers. 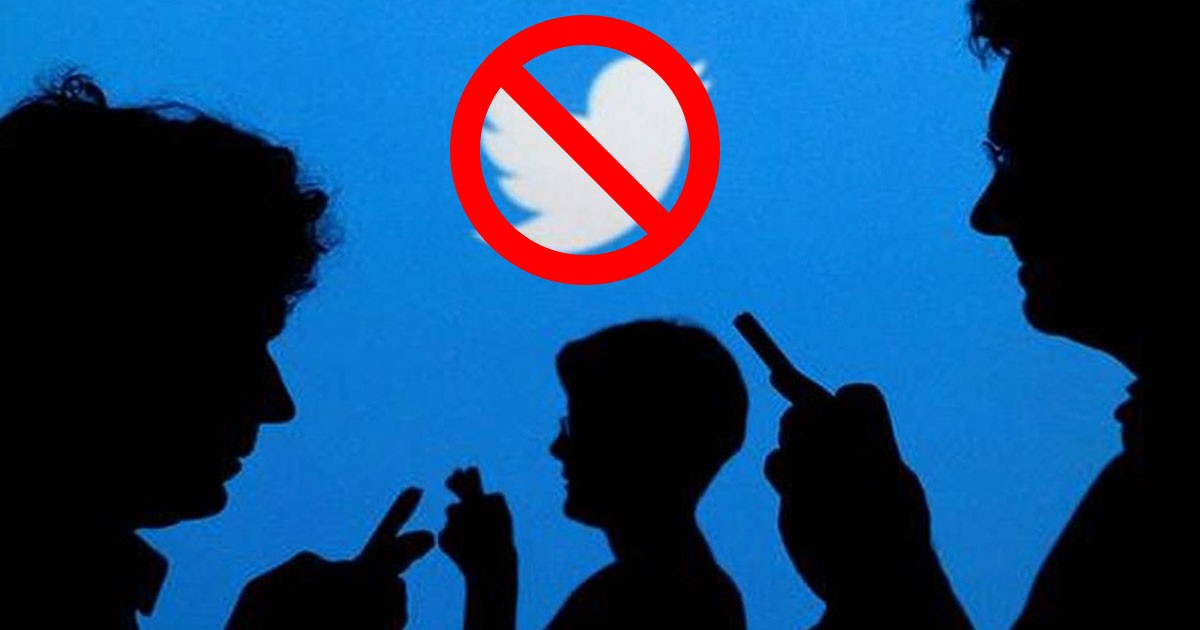 On Sunday evening, the hashtag ‘Complete Boycott of Muslims’ started trending on Indian Twitter inciting fury and uproar on social media. The social media trend called for discriminatory acts against Muslims based on their religion, calling for their economic and social boycott.

A large number of right-wing accounts, most of which followed by BJP ministers including Prime Minister Narendra Modi, tweeted the trend en-masse, which show plainly that leading BJP ministers  were aligned with the hateful campaign calling for the persecution of Muslims. Some of the advocates of the trend demanded to impose a ban on the places of Muslim’s religious teaching.

This is, however, not the first outright expression of hate against Muslims, last week trends like the hashtags ‘#ProphetisGay’ and the translation, ‘#पै_GAY_म्बर’ trended, amounting to be both homophobic and Islamophobic trended on 18th October on Twitter, while on October the 19, the hashtag ‘#BoycottAllah’ was trending, with about 20,000 tweets.

Muslims are getting out of control. Only way to deal with them is TOTAL economic boycott.— NewIndiaNewDreams (@GetRidofDevils) October 21, 2019

Much needed. Total social boycott of terrorists. They have made the life of everyone hell, including Muslims themselves who have to justify for the sins committed by terrorists.— Naveed Trumboo IRS (@NaveedIRS) April 25, 2019

80% Hindus of India must trade with Hindus only. Hire or work Hindus.
TOTAL BOYCOTT MUSLIMS.
Your cooperation among each other will make Muslims life hell and also they will make life of Govt. hell.
FIRST STEP WORADS INDIA AS BHARAT-HINDU NATION.

All such trends violated the Indian Penal Code’s section 153A for promoting enmity and hatred against a community. The offensive assertions made under these social media trends are distinguished as illegal under Indian law.

The handle ‘@GovindHindu’ for example uses the hashtag to show an inflammatory picture. He is currently followed by four members of the BJP – the Prime Minister included.

A verified account of Indian journalist Abhijeet Majumder posted a video of boy, accusing the Muslims of breeding jihadism amongst children.

Soon a counter hashtag #MuhammadForAll started trending on social media in response to the malicious campaign, celebrating the religion of Islam and its followers. The counter hashtag recorded 42,000 tweets – over 14,000 times more than the hate-filled one vilifying it.

So @Twitter has been trending "Complete Boycott of Muslims" in India- driven by the regime's footsoldiers – and hasn't pulled it down despite repeated requests. @TwitterIndia's complicity in hate speech & genocidal calls in India has been pretty blatant @TwitterSafety— Yeh Log ! (@yehlog) October 20, 2019

Those supporting 'Complete Boycott of Muslims' trend do not feel ashamed for millions of Hindus working in Muslim Arab states and earning handsome amount and improving lives of their families. They even dont have spine to call them back to India & quit jobs in Muslim states 😜🤣— غیر سیاسی (@zaheer516) October 21, 2019

'complete boycott of Muslims' is trending in India

India kept its minority safe and secure in many aspects since its independence. But now it lost its glory of the 'unity of diversity'

How media is playing a role to make a majoritarian fascist state, I wonder, where it leads us— Abdul Aziz (@bd_abdulaziz) October 20, 2019

The anti-Muslims sentiments have taken a surge in India in the past years mounting the hate crimes against, and diminishing the religious and social freedom of Muslims.

Even India’s entertainment industry is swept with bigotry following a peculiar rise observed in the popularity of ‘Bhagwa and Hinduvaadi music‘, Islamophobic songs, in the past few months.

"complete boycott of Muslims" #मुस्लिमो_का_संपूर्ण_बहिष्कार is trending on Twitter.
The ultimate fantasy of sanghis to ostracize Muslims is finally out for everyone to see.
The Sabka Saath Sabka VISHWAS is just a veneer if PM Modi does not put an end to this Sanghi propaganda.

Brilliant. Twitter India is trending 'Complete boycott of Muslims'. Do not treat this as just a trend, this is a sentiment being stoked by our polity and media. Also slow clap @Twitter #मुस्लिमो_का_संपूर्ण_बहिष्कार— Rana Ayyub (@RanaAyyub) October 20, 2019

The songs project anti-Muslim and anti-Pakistan sentiments in the songs that mostly woo the conservative, ultra-nationalistic Hindutva followers in India. The massive response in terms of likes, shares, and views on YouTube videos of the songs suggest India is increasingly falling for Islamophobic or Hinduvaadi music.

Amid the chaos of increasing religious extremism, Muslim Bollywood actors are under massive societal pressure to prove their allegiance to Hindu-dominated India. Prominent Muslim actors like Aamir Khan, Shah Rukh Khan, and Salman Khan are seen extensively boasting their loyalty to India, its armed forces and culture.

Likewise, Naseeruddin Shah has faced strong dissension for protesting against the mob lynching of Muslims in India, on more than one occasion. Shah, a veteran actor, on various occasions, had expressed his concerns over India’s secularism being swiftly engulfed by religious intolerance and extremism.

Despite, severe dissension, Shah has maintained his upheld his stance against mob lynching.

Shah, who was in conversation with actor Anand Tiwari at the India Film Project, was responding to a question about whether his views about political and social issues have adversely affected his ties with film fraternity.

“I never had any close relationship with the film industry and fraternity in any case. I don’t know whether it has affected my standing or not because I don’t often get offered work very much. What I felt I said and I stand by it.

“I faced a lot of abuse by people, who have nothing better to do, but it doesn’t affect me at all. What is disturbing is the open hate,” the actor said.

Shah was amongst the 180 members of the cultural community, who had condemned the registration of FIR against 49 celebrities for writing an open letter to PM Modi expressing concerns on rising mob lynching in India.

Even Aamir Khan was dissed for speaking up on rising intolerance in India, back in 2015. He was called anti-India and anti-national, in a public outcry, which followed his statement.

Aamir Khan was forced to comment on the public outcry. In his following statements, Khan asserted he stood by his earlier statement and added that all those people who had called him “anti-national” and shouted, “obscenities at me for speaking my heart out, it saddens me to say you are only proving my point”.

“Anyone implying the opposite has either not seen my interview or is deliberately trying to distort what I have said. India is my country, I love it, I feel fortunate for being born here, and this is where I am staying,” the actor wrote in a social media post.