Hundreds of Pakistani doctors fighting corona are at risk in UK 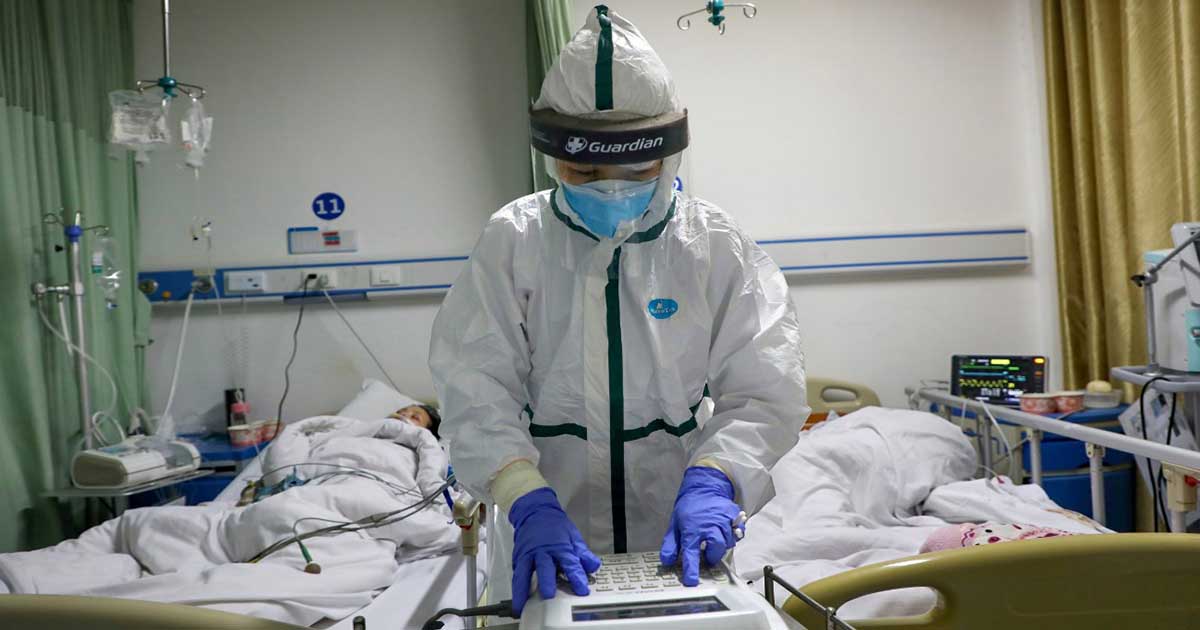 Hundreds of British Pakistani doctors working on the frontline for the National Health Service (NHS) are affected directly by the dangerous coronavirus after coming into contact with patients in hospitals, associations of Pakistani physicians in the UK confirmed.

Doctors working for the NHS are considered most at risk due to the lack of personal protective equipment (PPE) they have been provided with and fears for the safety of doctors have grown after British Pakistani Dr Habib Zaidi became the first doctor in the UK to have died due to coronavirus and since then two more doctors have died after catching the deadly virus. It has been reported that around 1 in 4 doctors in the UK are now self-isolating as a precaution to prevent the spread of the virus.

One doctor said: “I caught an infection during the treatment of a child who had come to the hospital with coronavirus symptoms. The child got better the next day and he’s fine now but I have got extreme breathing difficulties and my wife and eldest daughter caught the virus from me.”

Another doctor said both he and his wife were in isolation after both of them caught the virus at the local hospital during their work.

“We are in the process of clearing out and not in the danger zone,” said the doctor who originates from Kashmir.

Another doctor said: “I have been using panadol and paracetamol but these tablets just don’t work. I have never experienced pain like this ever in my life. This cannot be put in words. I know seven other doctors who are going through the same. Thousands of NHS staff working on the frontline are affected.”

Dr Syed Anjum Gardezi, a specialist of liver diseases and gallbladder endoscopic surgery, said the doctors were overwhelmed with the outpouring of new cases. He said doctors were worried at work and that they could take the virus home with them to their families. He commented: “The issue of protective gear is a reality but then the coronavirus is a global epidemic and the whole world is faced with the same issues.”

Officials of associations of Pakistani doctors spoke to these correspondents and spoke of the experiences of their members but many of them sought anonymity due to the privacy issues.

These reporters spoke to three Harley Street doctors who confirmed they were infected along with their spouses and living in self-isolation.

Politicians and leaders should practice what they preach. Even after a member of the cabinet tested positive, the cabinet wasn’t maintaining social distancing

A senior official of a Pakistani association said the doctors had fallen ill because they don’t have the right equipment. “The surgical masks given to the doctors have zero protection against the virus.”

In a change of strategy, the UK has decided that healthcare workers who show symptoms of COVID-19 and those who live with those who have symptoms will be tested.

The move came as the UK saw an increase of total cases to over 25,150 and fatalities of 1,789 as of 9 am, 31 March. Health care workers who are presently working in hospitals are at a substantially higher risk of catching the virus since they work in close proximity with patients who have already tested positive for the virus.

Before this development, only patients with flu-like symptoms were being tested but this led to concerns that without testing, healthcare workers would not know whether they could safely go to work since they feared they might spread the virus if they had contracted it in the line of their duties.

Dr Habib Zaidi, 76 lost his life with ‘textbook’ symptoms of the virus according to his daughter who is also a doctor. He was the first British doctor to lay his life fighting the deadly COVID-19 virus.

Amged el-Hawrani, 55 who worked as an ear, nose and throat specialist at Queen’s Hospital Burton in Derbyshire became one of the first NHS workers in the frontlines of the battle against coronavirus to die as a result from the virus.

Speaking to The News, Dr Syed Iftikhar from Derby said: “We knew about this virus in early January but we did not prepare ourselves the way we should have. That is why we ran out of supplies because once we had fallen behind, they became difficult to procure”.

Habib Zaidi, a British Pakistani, becomes first UK doctor to die from corona virus. Rest in peace to a renowned medial practitioner who served his community as a GP for more than 45 years. pic.twitter.com/Cxu9oRIzgH

“There was rationing of Personal Protection Equipment (PPE), masks, gowns, etc but they weren’t available for every health worker, only those who were directly dealing with COVID-19 positive patients.”

Dr Naseem Warriach, who is also an executive member of the Association of Pakistani Physicians of Nothern Europe (APPNE) also shared his insights with The News while commenting on how irresponsible it was for Boris Johnson to shake hands with patients of this virus when he was aware of the risk.

“Politicians and leaders should practice what they preach. Even after a member of the cabinet tested positive, the cabinet wasn’t maintaining social distancing.”

Dr Warriach stressed the fact that the virus was a multidimensional issue that required massive testing to fix. He lauded the change in the government’s policy by introducing the testing of frontline health workers to reduce the risk of the spread.

APPNE has also issued a press release in the aftermath of this crisis which mentions the creation of a task force that would contribute to the government’s efforts in battling the virus. Other measures taken by APPNE include the creation of a database of all IMGs who contacted them, liaising with the Mohammad Nafees Zakaria, Pakistan’s High Commissioner in the UK.

There are two opposing academic studies on the spread of the deadly virus. According to a study by Oxford University, the majority of the population has already contracted the virus and has developed “herd immunity” as a result but since this study could not be confirmed, the government threw its weight behind the study conducted by Imperial College London which claimed that up to 250,000 people could die in the UK if appropriate social distancing measures were not taken.

Previous articleUS headed for ‘very painful two weeks’ in fight against coronavirus: Trump
Next articleCorona stress: This is how you can improve your mental health

20 September 2021
Previous articleUS headed for ‘very painful two weeks’ in fight against coronavirus: Trump
Next articleCorona stress: This is how you can improve your mental health

Coronavirus bars Indian cricketers to use saliva on balls

Boris Johnson discharged from ICU: Has he fully recovered?