Hyundai was founded on 29 December 1967 in Seoul, South Korea. Hyundai is a Korean brand known for its low prices and highly reliable cars all over the world. Hyundai produces about 1.6 million units per year and currently dealing in 193 countries through more than 5000 dealerships. Now Hyundai Pakistan is bringing some new state of the art models in Pakistan during the year 2020.

Hyundai cars were available till 2008 then their partner Dewan Motors faced financial issues resulting in halting of production, then in 2017 Hyundai returned to Pakistan by partnering with Group company. Now, it is a joint venture among three leading international businesses; Nishat Group, Sojitz Corporation (Japan) and Millat Tractors Ltd.

Hyundai to set up assembling plant in Pakistan https://t.co/oq6KThbvCD pic.twitter.com/RitgPKttUR

Hyundai Motor Company (Korea) has partnered with Hyundai Nishat for the Manufacturing, Marketing, and Distribution of Hyundai’s latest vehicle line-up in Pakistan.  In 2008, due to some clashes with the Government, Hyundai Pakistan had to wrap up their business. 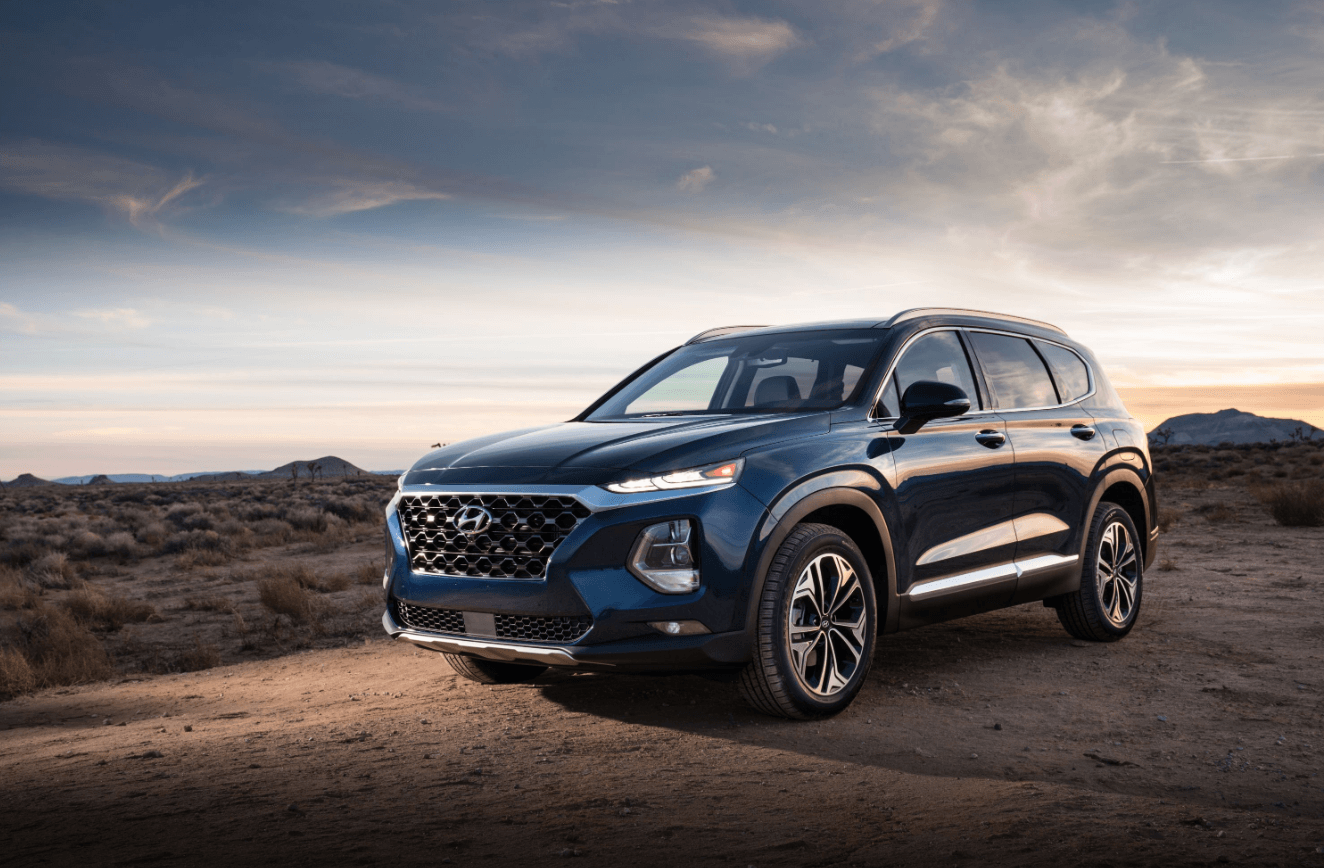 Korean automaker, Hyundai, is all set to launch its Sport Utility Vehicle (SUV), Sante Fe for its customers in Pakistan and to grab the market share of the SUV segment. Santa Fe has been launched in one variant and the booking price in PKR 18.5 million.

Since its introduction in the 2000s, the vehicle becomes an instant hit for the company. The car till now has received many facelifts. Globally, the fourth generation of Santa Fe is being shipped by the company and it is expected that the company will introduce the same in Pakistan as well.

The vehicle comes in different engine and transmission options. However, Hyundai has launched the 2.4L engine in Pakistan. Moreover, the dimensions of the vehicles are:

Hyundai Santa Fe has superior ride quality and you won’t feel any discomfort while driving this SUV in any manner whatsoever. With all the modern-looking interior and exterior and equipped with all the bells and the whistles the car is a treat for auto enthusiasts. Each and every product of the company has its own unique class and quality and the best example is Santa Fe. 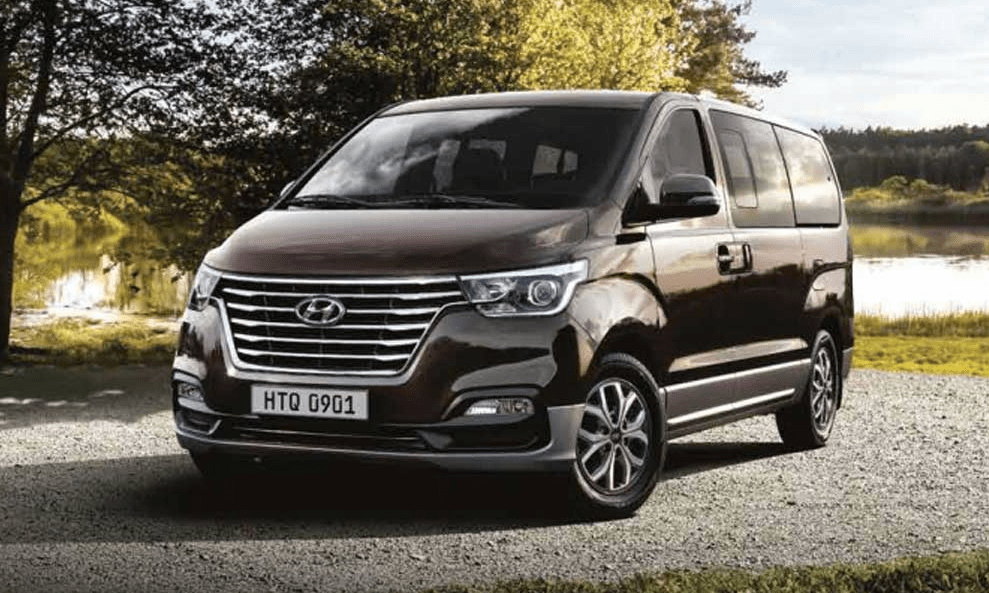 Hyundai Grand Starex, a 4-door van, manufactured by the Korean auto manufacturing behemoth, Hyundai, is all geared to hit the local auto market. The light-commercial vehicle is in production since 1997. Currently, the company is selling the second generation of Grand Starex, which received a facelift in 2018.

The vehicle has a muscular front facia with all the curves. The premium class interior is a class apart. The company has made all the efforts to make this car more up to date with all the modern features and sleek design. The vehicle comes equipped with different engine options such as 2.4 L petrol engine, 2.5 L diesel engine. It is expected that the vehicle will house the petrol engine.

Moreover, it also comes in different transmission options manual and auto, however, the one being launched in Pakistan will reportedly have 6-speed manual. Moreover, the dimensions of the vehicles are: Length: 5,125 mm Width: 1,920 mm Height: 1,935 mm and the wheelbase is 3,200 mm. Internationally, the Grand Starex is shipped in different countries around the globe such as Australia, South Korea, UK, Malaysia, etc. Hyundai has launched three variants of Grand Starex in Pakistan: GL, GLS and GLX. 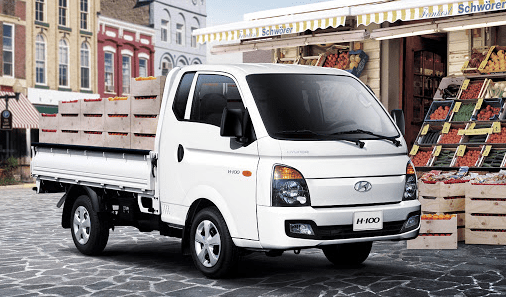 Hyundai is planning to launch the all-new Hyundai H-100 in Pakistan. Hyundai H-100 is also known as the Hyundai Porter in other regions of the world. Due to recent developments in CPEC, there has been a large influx of pickup truck by new manufacturers in recent months. Hyundai H-100 was awarded the bestselling truck in South Kore in 2016. The 4th Generation of Hyundai H-100 is offered in single and double cabin globally but the only single cabin will be launched in Pakistan keeping the market dynamics in mind. Hyundai H-100 price in Pakistan will be kept competitive to rule out the rivals.

Hyundai H 100 features a unique design language. The front end houses the trapezium styled headlights, a trapezoid chrome grille and a rectangular air intake on the large front bumper with the fog lights. The rear end houses stacked three-piece taillights. LED Indicators are also installed in the side mirrors to provide better visibility to other drivers. The overall exterior of the Hyundai H-100 features a fairly unique and distinctive design language that allows it to stand out amongst its rivals.

Hyundai H 100 features a unique design language. The front end houses the trapezium styled headlights, a trapezoid chrome grille and a rectangular air intake on the large front bumper with the fog lights.

The rear end houses stacked three-piece taillights. LED Indicators are also installed in the side mirrors to provide better visibility to other drivers. The overall exterior of the Hyundai H-100 features a fairly unique and distinctive design language that allows it to stand out amongst its rivals. 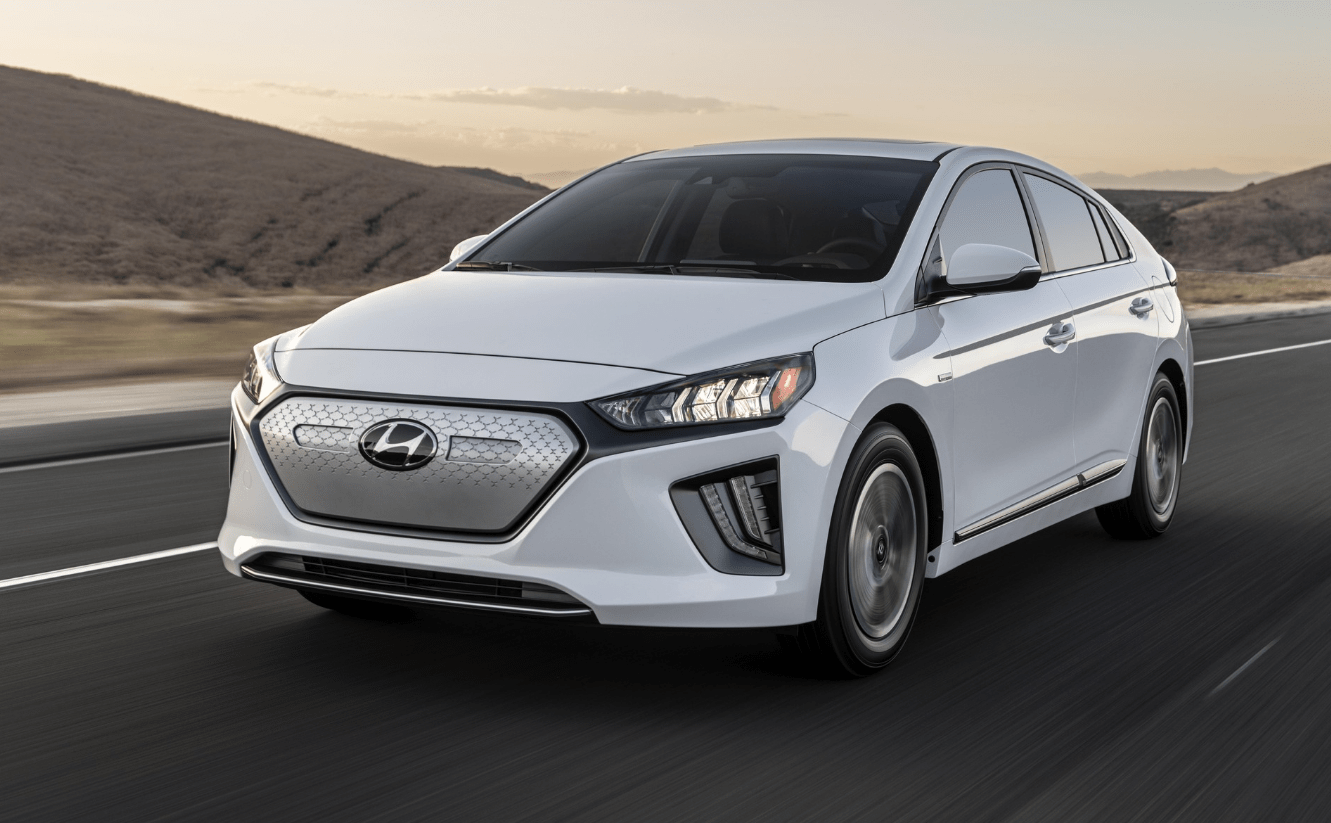 The Korean Automaker, Hyundai, has launched yet another vehicle in the country and that is none other than the much-awaited Ioniq Hybrid. The car is priced at PKR 6.4 million and has been launched in only a single variant.

The car is equipped with a 1.6L engine mated to a 6-speed DCT transmission that churns out 104 ps, and its electric motor makes an additional 44 ps, simply put, the vehicle produces 147 hp in total. The newly launched vehicle is directly imported from Korea– meaning it’s a CBU and is covered by the industry’s most comprehensive warranties which is four years and/or 100,000 km, whichever comes first.

The exterior of the Ioniq in Pakistan is very enthralling, the sleek design and aerodynamic shape are the things to be looked at with keen eyes. The side-profile is very angular and sleek as well, the company has put extra effort into the exterior design of the car.

The Ioniq in Pakistan comes with a 1.6L engine that produces a total of 147 hp.

The direct competitor of the car in the local market is Toyota Prius– another Sedan hybrid car.

Rupee appreciates against dollar after 45 days of downfall

Murtaza Wahab resigned from his position as high court prohibited the KMC from collecting taxes through the city's power service.
Top News

There were some new developments in the Sara Inam murder investigation as the police disclosed that the suspect attempted to tamper with the evidence.
Business

Rupee appreciates against dollar after 45 days of downfall

The Pakistani rupee bounced back on Monday by Rs2.62 to Rs237.03 against the US dollar in intraday trade in the interbank market