Let Women be themselves 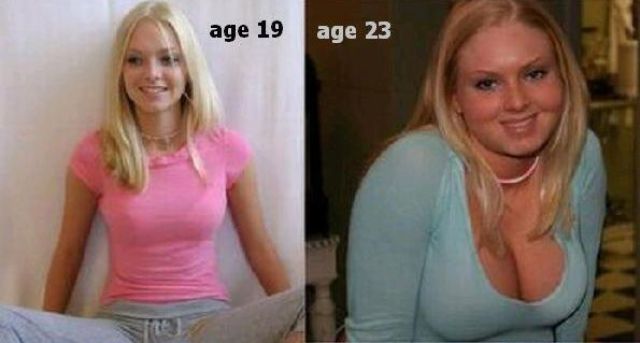 Women all over the world are often marginalized because of their ethnicity, class, sexuality or disability. This is despite the fact they  make up 50 percent of the world population. They are still perceived as “objects” seen in relation to their roles only as mother, daughter, wife and sister. In many countries, men still fight over their ‘honor’. They have yet to be seen as having their own dreams and aims. From being harassed at workplaces to being labeled as “belonging to the kitchen”, women have the pleasure of fighting it all.

In Pakistan education is still not common for women – 13.7m girls are currently out of school- and the concept of “career building” is lost behind the importance of staying at home – a tradition that is passed down from many generations. It has been estimated that 93% of women in Pakistan are sexually, physically or verbally assaulted at some part of their lives.

So it is laudatory that many events were organised in different cities of Pakistan this week to acknowledge their role and contribution to our society. “Women in Boardrooms” was one such affair, held at Serena Islamabad, quite noteworthy for its theme and content. Diverse women from various walks of life participated and asked for their roles in companies to be appreciated.

Justice (Ret) Nasira Javed Iqbal, the Patron of Women on Board Pakistan, made a compelling speech that would have given goosebumps to men in the corporate world and certainly did to those present. She demanded we don’t need a “quota” system for women, we need to be let in for our merit. She emphasized delegating more power to women and removing barriers to their progress.

However, she qualified her statement by endorsing the reservation system that has been implemented for parliament. However, she mentioned that this is still better than the quota system since it does not stop women when they reach the 17 percent quota. Women can always be elected from general seats as well. Her statement that every man whether successful or not is actually brought up into this world by a woman gathered applause from audience.

Ms. Rahat Hassan Kaunain, Chairperson of ‘Women on Board’ Pakistan, who herself is an epitome of women power and positive impact in the corporate world, gave a message on empowering existing women on  Boards to take bold decisions as well as having many more women on the boards. She discussed many policies on gender diversity, how they can be incorporated in businesses and companies.

WOB-Pakistan is aiming to get the recognition of women’s fundamental value to companies and to help them get equal opportunities through paving a level playing field where they can excel. Rahat endorsed this and said, “be yourself, never be a shadow of another person”. Leaders are not born, you grow and groom them. We should help grow future crop of female leaders.

Mr. Aftab Ahmed, secretary general of South Asian Federation of exchanges (SAFE) and Chairperson of Women on Board outlined the current dismal state of women in the corporate world where less than 2 percent women were CFO’s, less than 1 percent of women were independent directors and only 3 percent of listed companies had CEO’s that were women. Aftab told those present that WOB ambition was to achieve a target of at least 25% representation for women in all corporate leadership and Board positions in our country by 2025.

A panel discussion moderated by Ms. Najma Minhas (Global Village Space) went on to discuss the issues women face in the workplace and how to remove these barriers.  Ali Naseer (Jazz) gave an overview of what the telecom company Jazz was doing and Ms. Saulat Salahuddin (Pronto Promo), an entrepreneur pitched in with her own battles and successes as a Pakistani woman operating in a man’s industry.

The event was successfully concluded by the address by the chief guest who was the H.E Ina Lepel, Ambassador of Federal Republic of Germany. She shared the experiences of Germany and said it also had some way to go. But, she encouraged the Pakistani women to come to the forefront and play a proactive part in society. She appreciated the hard work put by all talented and intellectual women. The event was sponsored by two esteemed Pakistani corporates, Bestway Cement and UBL Bank.

Read more: International Day for the Elimination of Violence against Women 25 November

Pakistan has a population of 50 percent women and if we wish to progress on all fronts as a country in the modern world, we need to take on women and let them and help them play their role in its political-economic and social development.

Losing a generation: The expense of malnutrition