Opinion: Ulemas in Pakistan have an upper hand, but why?

Pakistan, being a democratic country, has suffered tremendously due to the involvement of some influential molvis in the affairs of the state. Pakistanis have witnessed an upsurge in terrorism due to the inability of successive governments to take actions against segments fueling division and hatred in the society. Amid Covid-19 once again the government was forced to bow down before the molvis, but why? Are they playing the role of a state within a state? Read this piece to find out! 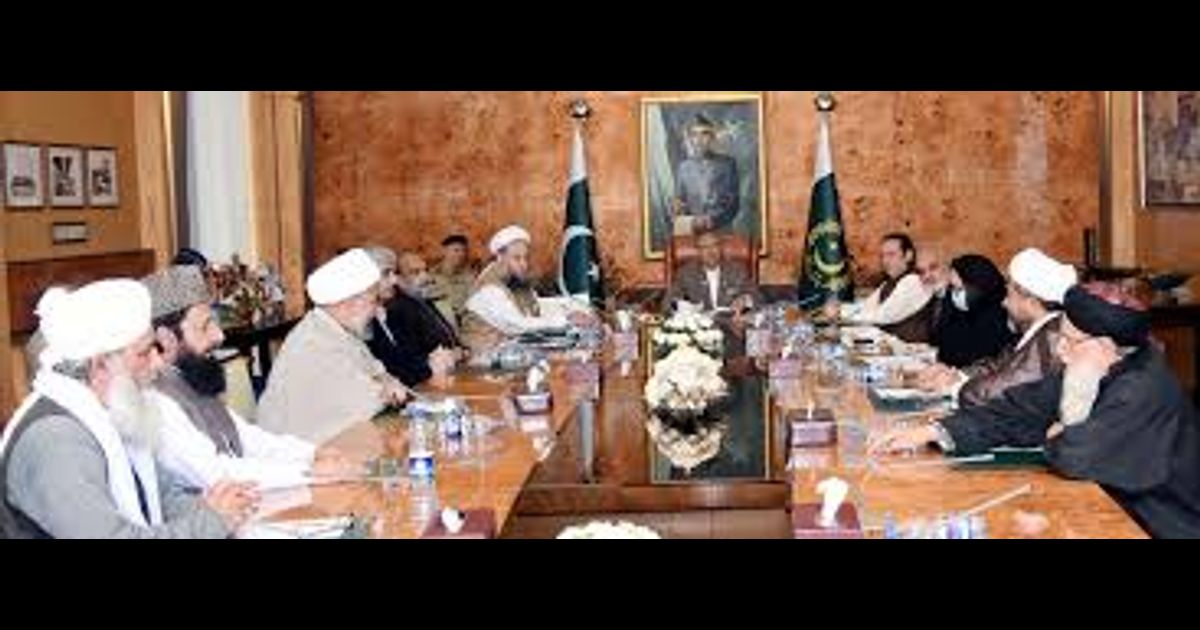 In a democratic order, writ of the state is established with the support of the masses. Democracy was born in the bazaars of Athens when the shopkeepers and traders decided to solve disputes through the ballot instead of the sword. At a time when Pakistan has suffered tremendously from interference of molvis, it is essential to revisit the two forms of government: Communism and Democracy.

The constitution serves as a contract between the rulers and the ruled. Each organ of the state was supposed to follow and respect the constitutional framework. Those who do not adhere to it should be punished according to the laid-down legal process. Even Socrates, drinking his hemlock, did so because he was resolute in following the law of the land he lived in, despite it meaning his death.

In non-democratic set-ups, coercion is used to establish the writ of the state. In return, the basic needs of the citizens have to be met. China has a single-party system, with the Communist Party of China in power since the revolution led by Chairman Mao. In China, an effective writ of the state is in place, which takes total responsibility for public welfare. Executive authority is used for facilitation, not exploitation. Everyone is required to follow a script—the Law of the land—and those who defy it are punished.

Pakistan, being a democratic country, has suffered due to the involvement of some influential molvis in the system of the country. Unfortunately, since its birth, Pakistan hasn’t been able to accommodate freedom of expression that the constitution of the country ensures. Successive military coups, the formation of Pakistan National Alliance (PNA) and Islamization, all to please Molvis in the country, hindered the path of progress and development.

In the post-2000 era, most of the underdeveloped nations worked towards building their social structures; creating a stabilized economy; and competing in the international market. Bangladesh successfully achieved a growth rate of 7 per cent which was once impossible for the nascent country in a very short period. Pakistan meanwhile, was busy facing the Islamic clerics, for instance in the Lal Masjid episode. And successive governments faced a similar retaliation from Molvis.

On 1 September 2010, the United States designated the TTP as a Foreign Terrorist Organization (FTO) and identified Hakimullah Mehsud and Wali ur-Rehman as specially designated global terrorists. The designation of the TTP as an FTO makes it a crime to provide support or do business with the group and also allows the U.S. to freeze its assets. The US State Department also issued a $5 million reward for information on the two individuals’ locations.

In a bid to take revenge, the TTP was involved in mass killings of Shia community across Pakistan, especially in Quetta violence against the Hazara community surged. Similarly, the growing bomb blast in the country caused a state of uncertainty which did not only created panic but also halted investment and debilitated the economy. Perhaps, this was the foremost reason that the PPP govt was wiped out from three provinces in Pakistan.

On 14 January, Allama Tahir ul Qadri, a pro-military cleric turned revolutionary who once claimed to have a direct line to the Prophet Mohammad, marched towards the capital with tens of thousands of supporters. He has since threatened to use whatever means necessary to get his demands approved.

The removal of the Pakistan Peoples Party (PPP)-led government, the disbandment of the parliament, and the implementation of constitutional clauses that lay down strict financial, religious, and moral qualifications for election to parliament were all a part of his long list of overly ambitious demands. This was followed by an unusual media blitz, during which Qadri took to the streets and demanded the creation of a clean technocratic government.

What was Quaid’s vision of religion?

By the year 2002, the number of religious parties in Pakistan had grown to 239. The mushrooming of these parties and groups was due to the official patronage they received. To what extent they served the cause of religion must be known to them, but it has led to an increasingly intolerant society. It is high time that the state policies towards the religious outfits are changed.

Religion is a personal matter of an individual. Pakistan’s constitution allows for total religious freedom. Hence, religious groups should not be allowed to impose their views on others. This was what the founder of the nation Quaid e Azam envisioned and had strived for from the very beginning. To fix all religion-related issues, the state must become neutral in its judgements. As a result, a national narrative reflecting the opinions of the people and their elected representatives will be born.

Keeping in view the long-term implications of these reforms, one needs to realize that our actual stakeholders are the people, the federating units, and the nationalities that constitute our country. The issues of political participation and representation, resource-sharing, and cooperative functioning of the federal institutions must be addressed for reaching settlements on long-standing issues.

The country also needs substantial actions as far as the marginalized and subordinated segments of the society are concerned. A fair representation and a visible uplift of the workers, women, minorities, and the less developed regions in the body politic and the political economy of the country would be the minimum in the direction of development and creation of a socially just environment.

Lastly, I admit that it is difficult to change the nature of the state without risking the integrity and prosperity of the country. But nevertheless, the diversity present in the country can be harmonised, the differences can be overcome, permanent political settlements can be reached, and social contracts can be worked out between the people.

For this to happen, the political class, political organisations and members of the civil society, all will have to be on board. And before that, they would have to overcome their weaknesses. As the political parties at present have a quite noticeable democratic deficit, they may not be able to correct the imbalance between the political class and the extra-political institutions.

It is clear that the purpose of this agitation was not for the defence of Islam. Islam is the religion of peace and it promotes the message of peace. Everything which is done in the last few days is against the basic principles of Islam and even human rights. A clause must be included in the blasphemy law that if someone will blame for blasphemy and he couldn’t prove it, he must be equally punished. This is the only way to reduce the blame game taking place by misusing religions.

Deadlock with ulemas averted at what cost?

Amidst the pandemic, President Arif Alvi met with prominent ulema and religious leaders at Aiwan-i-Sadr to build consensus and form a plan for congregational prayers and Taraweeh during Ramazan.

Speaking at a press conference in Islamabad after the meeting, the President said: “Ramazan is a month of worship and Muslims love this month a lot. The government’s recommendations and ulema’s recommendations needed to be collected before any decision was taken.”

Alvi also revealed that a 20-point action plan had been decided upon jointly by the government and the ulema.

However, after the agreement, the senior-most doctors in Karachi, and later on PMA doctors in Islamabad conveyed their reservations over the agreement. However, President Arif Alvi in his interview with a TV anchor reiterated that it was not only an agreement, but an Islamic Ijma, and following it is compulsory as per Islamic injunctions of Ijma.

Now the question arises, where does the writ of the state lie? Why the state has bowed before the molvis who themselves are bound to abide by the decisions taken by the government? Worldwide, all worship places are closed to avoid pandemic spread and people are adhering to governments’ decisions.

In a nutshell, successive governments are responsible for such troublesome incidents because they have never drawn any proactive strategy to deal with them. There is a dire need to work on making the strategies and policies through which the writ of state can be ensured. If the government does not deal with such incidents on a proactive basis, it will continue to repeat the same mistakes. It is high time for the PTI government to take bold decisions to ensure the writ of the state.

Abdul Ghani is a Research Assistant at Global Village Space. He is a graduate of School of Economics, Quaid-I-Azam University, Islamabad. He is an independent researcher and columnist based in Islamabad. His interests include studying the political economy and politics of national and international affairs.