Ex-chairman Board of Investment looks at the visit of PM Khan to the US and suggests how both countries can broaden their bilateral relations to encompass economic transactions in the new emerging economic geography in South and West Asia.

After successful engagements with the neighboring Arabian Gulf countries, Prime Minister Imran Khan’s expected meeting with President Donald Trump is a welcome development for both countries and the region. It is also critical for Pakistan, as PM Khan did not engage with western leaders during the first year of his government. Despite being one of Pakistan’s largest trading partners with USD 6.6 billion trade volume, the history of Pak-US relations remains turbulent, transactional, security-focused, and marred with distrust.

"PM Khan will leave for a three-day visit to the US on July 20 and is expected to hold a one-on-one meeting with President Trump." Big news, if true. US-Pak ties have improved markedly since the start of US-Taliban talks. https://t.co/9lRf4DLh2y

The key question is that in a rapidly changing geopolitical landscape, will the upcoming meeting of two strong personalities lead to a potential convergence of views; to widen the bilateral relations towards economic transactions in the new emerging economic geography in South and West Asia. Or will the US continue to focus around Afghanistan, FATF, and China with a somewhat coercive mindset?

The current signals from the G-20 meeting in Japan, Pakistan’s recent engagement with the Gulf countries and statements from Pakistan’s powerful circles are giving some encouraging signs that the US may be considering flexibility and profiting from an emerging regional market that will also benefit Afghanistan in the medium term.

It is critical for Pakistan to understand that the resumption of economic and security assistance from the US is a non-starter. It cannot form the basis for a long term and mutually beneficial economic partnership between the two countries. The key objectives of a renewed engagement between the two countries should focus on widening the dialogue to shared economic gains, moving away from patronage-based transactions and partnering for enhanced regional connectivity and stability.

United States is among the few countries where Pakistan has a trade surplus of approximately USD 1.0 billion as almost 17 percent of Pakistan’s exports valuing USD 3.7 billion went to the US in 2018. The flow of remittances from Pakistani diaspora in the US is USD 3.1 billion in 2019 – comprising 13 percent of total remittance flows to Pakistan. However, foreign direct investment from the US to Pakistan is on a decline and reached at an all-time low of USD 50 million in 2019, as compared to China’s USD 1.8 billion in the same period.

So, what should be PM Khan’s economic value proposition to the US, which could potentially influence the existing security led coercive approach and open up lucrative strategic avenues of economic gains for the private sector in both countries? Pakistan must realize that selling its geo-strategic location alone or opportunities in infrastructure development, privatization deals, tourism or housing are not attractive to foreign investors.

As Pakistan goes through a painful stabilization period under the IMF program, US investors can only be attracted to economic transactions that will also support the strategic interests of the country in this region.

Firstly, Pakistan and the US may consider offering special incentives to Afghanistan to set up joint ventures in the recently announced Rashakai Economic Zone in Khyber Pakhtunkhwa. It will not only provide job opportunities for Afghan youth but will also connect Afghan enterprises with Chinese companies under the China-Pakistan Economic Corridor (CPEC). In return, Afghanistan should agree to revive the Peshawar-Kabul-Dushanbe motorway to connect Central Asia with CPEC.

Secondly, the US and Pakistan should set up a world-class technology park led by Pakistani information technology professionals in the US. It will not only give a boost to Pakistan’s technology base, productivity and exports but will also help diversify the US technology sourcing space from China and India.

Thirdly, the US technical partnership with the planned Saudi and UAE investments in Pakistan’s energy sector will be extremely beneficial for both countries.

PM Khan will have to take a careful and hard look at the capability of key state institutions, before taking a leadership role in economic diplomacy. The current structure of economic management and planning is incapable of strategic thinking on progressive lines. Unless transformational economic initiatives like this one are insulated from the existing old school, Pakistan’s value proposition will remain a talk shop.

As I maintained during my stint as the Chairman of the Board of Investment, Pakistan’s foreign office could play an instrumental role in promoting economic diplomacy. They can strengthen their institutional structure, by learning and encouraging economic transactions rather than trying to capture more power.

Read more:  US hopes for ‘bright economic future’ for Pakistan

In recent years, most countries have merged the operations of commerce and foreign policy and Planning Commissions have lost their relevance several years back across the world. It is the modernization of institutions on professional grounds which could give a leadership role to Pakistan to leverage its strategic economic advantage. The Prime Minister’s office has to converge the fragmented bureaucratic and political institutions to get initiatives moving. And it can only be done if competent technical professionals are attracted and not by creating extra layers of decision making.

Pakistan’s “Should be” steps

The Prime Minister’s team should be preparing a robust risk mitigation strategy to deal with the apparent sensitivities, which may hinder the objectives of a more comprehensive and sustainable engagement between the two countries. The PM must be watchful of the potential pressures which could be put indirectly by the US authorities to exploit Pakistan’s vulnerable balance of payment situation.

The political cost of the upcoming IMF program will have to be managed very carefully, both in the internal and external context. Pakistan’s engagement with the Financial Action Task Force (FATF) has already been politicized, and the demands to do more are likely to continue, till the broader political objectives of the US are seen to be taking some shape. The stringent prior actions suggested by the Fund will have serious political consequences, especially in the absence of a medium-term growth program.

Unfortunately, Pakistan has not developed a growth strategy to minimize its reliance on the traditional multilateral system for continued borrowing. Sooner or later, PM Khan will have to deal with the questions of unemployment, rising poverty, declining manufacturing base, and an overall decline in economic opportunities. Such a situation will further reduce Pakistan’s negotiation space.

CPEC is becoming a reality as both countries (China and Pakistan) have now started the second phase of industrial cooperation. As a new economic cold war has already started between the US and China, it is time for Pakistan to demonstrate to the US, and the rest of the world that regional connectivity is being prioritized for shared prosperity and regional stability. So far, the country has struggled to communicate various aspects of CPEC transparently and efficiently to Pakistanis and the outside world.

The previous government oversold the infrastructure development under CPEC, as a game changer without analyzing or communicating its real benefits to the Pakistani economy and ordinary people. 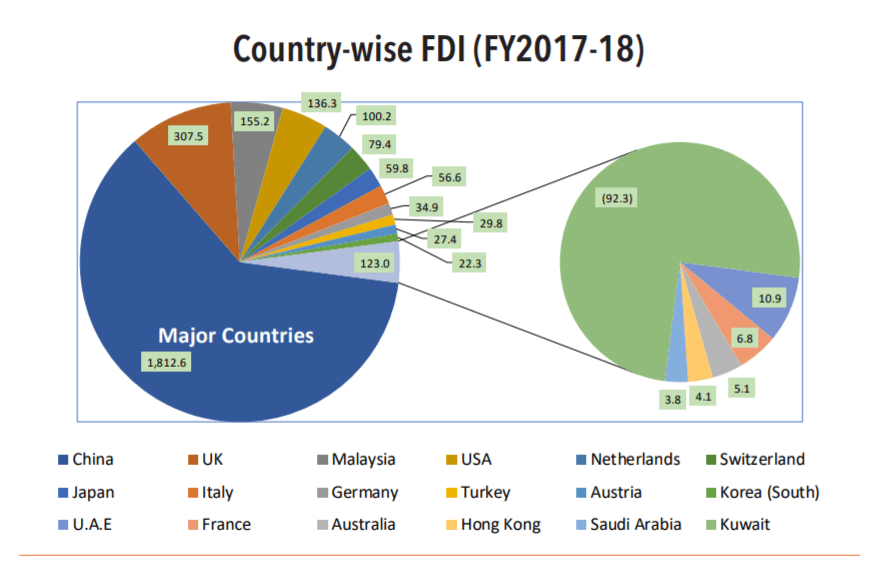 This government has not taken any serious exercise to come up with a practical and evidence-based communication strategy about future private investments under CPEC. For instance, many countries still believe that the proposed economic zones planned under CPEC are only meant to benefit Chinese companies. In reality, the incentive structure of specialized economic zones is the same for any investor.

This again shows the institutional weaknesses in Pakistan, which have slowed down decision making on key priorities of economic growth. As pointed out earlier, a joint technology economic zone with the help of the US companies could change the negative perceptions and could be a win-win proposition for both countries.

Prime Minister Khan’s visits to Saudi Arabia, UAE and Qatar have opened up doors for potentially large-scale investments in energy, hospitality, real estate development and food processing sectors. Given close strategic ties between the US and some Gulf countries, there is potential for US technology partnerships to add further benefit to these proposed ventures.

The test for Pakistan lies in its ability to handle these projects on a professional and fast track basis. Otherwise, this interest will fade away in not too distant of a future. For US companies, it is a low hanging fruit to take a position in emerging, exciting regional opportunities. The companies which will be based in Pakistan could potentially access a market of over 400 million people in Western China, Central Asia, Pakistan, and Afghanistan.

The author was the Minister of State and Chairman Pakistan’s Board of Investment. He also remained the Regional Advisor for South and Central Asia to the World Bank Group. The views expressed in this article are author’s own and do not necessarily reflect the editorial policy of Global Village Space.

Will ISIS attack the 2018 Winter Olympics?