Pakistan's special representative to Afghanistan held talks with the Taliban in Doha, to discuss the ongoing peace process. Pakistan has played an instrumental role in the US-Taliban deal, as well as intra-Afghan peace talks. It continues to pave the way towards a more harmonious Afghanistan. 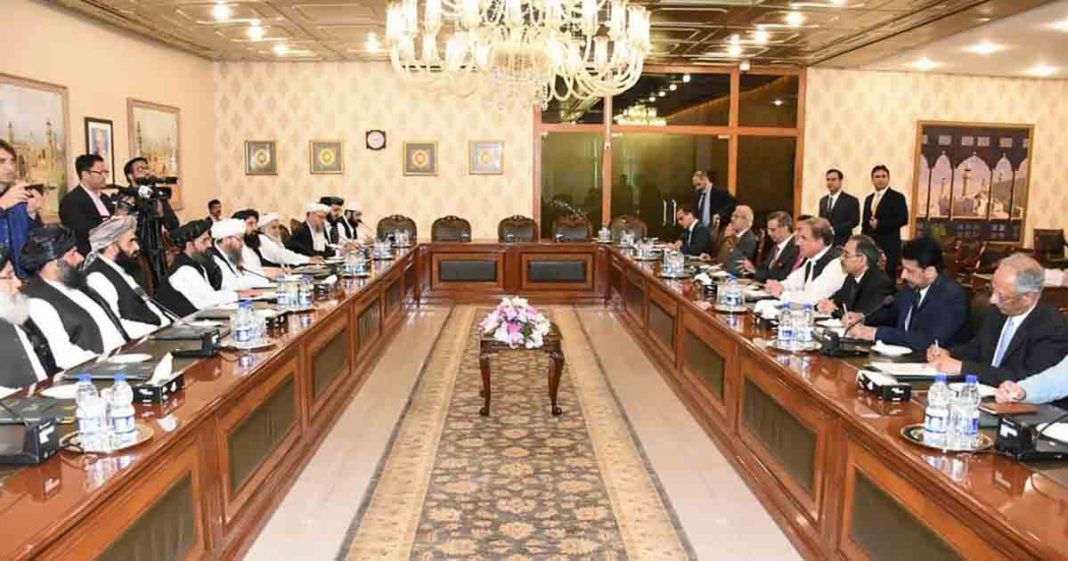 Pakistan’s special representative for Afghanistan this week held talks with the Taliban’s Doha-based leadership to discuss the peace and reconciliation process in war-battered Afghanistan, the Foreign Ministry said on Friday.

“The special representative underlined that Pakistan will continue to play its role as facilitator for peace and reconciliation in Afghanistan. In this context, he referred to the highly productive visit of the chief of Army Staff to Kabul recently, which had imparted a new impetus to Pakistan’s efforts,” the statement said.

His appointment coincides with desperate attempts from Islamabad’s longtime ally, Washington, to court the warring Taliban to hold direct talks with Kabul government — a key component of a peace deal struck between the US and the Taliban.

Khan, Pakistan’s envoy to Afghanistan from 2008 to 2014, said he “appreciated” the Taliban’s commitment to implement the historic peace deal struck between the US and the Taliban in February.

Both sides have taken positive & encouraging steps to begin the Intra-Afghan negotiations. The violence has reduced, & the process of prisoner release continues. The Islamic Republic of Afghanistan is committed to complete the release of Taliban prisoners. 1/2

Hailing the release of prisoners by the two sides as per the peace agreement, Khan said it would be “a stepping stone towards the immediate start of Intra-Afghan negotiations”.

“Pakistan hopes that all concerned parties will make sincere efforts for peace and reconciliation in Afghanistan. Pakistan, for its part, remains fully committed to support the Afghan peace process,” the statement said.

Ahead of crucial intra-Afghan talks between the Taliban and Afghan government, Pakistan’s military and intelligence chiefs landed in Kabul on an unannounced visit in early June, officials confirmed.

According to the Embassy of Pakistan in Kabul, Chief of the Army Staff Gen. Qamar Javed Bajwa and head of the Inter-Services Intelligence Lt. Gen. Faiz Hameed met Afghan President Ashraf Ghani at the presidential palace.

The United States Afghan peace envoy and Pakistan’s army chief have held talks to discuss the commencement of a peace process between the Afghan government and the Taliban, according to a statement, as violence has recommenced after a brief ceasefire was announced a few weeks ago.

US Special Representative for Afghan Reconciliation Zalmay Khalilzad met with Pakistani army chief General Qamar Javed Bajwa in Islamabad in June, the US and Pakistan’s military said in separate statements.

In December 2018, Pakistan arranged rare direct talks between Washington and the Taliban, paving the way for the Doha peace deal between the two sides.

Pakistan also facilitated the landmark first round of direct talks between the Afghan government and the Taliban in Islamabad in July 2015. That process broke down after the Taliban announced the death of their long-time leader Mullah Omar, triggering a bitter internal power struggle.

As explain in an op-ed written for Global Village Space, the Afghan government released hundreds of Taliban prisoners on 27th May 2020, its single largest prisoner release since the U.S. and the Taliban signed a peace deal earlier this year that spells out an exchange of detainees between the warring sides. The Taliban have also released about 300 hostages.

The prisoner release is part of the U.S. deal with the Taliban, signed on Feb. 29, to allow for the eventual withdrawal of U.S. and NATO troops from Afghanistan, bringing to an end the country’s protracted war and America’s longest military involvement. The rest of the exchange has come to a halt over disagreements about its terms. The Taliban say that the release of all detainees on their list is a pre-condition for intra-Afghan peace talks. They accuse Kabul of deliberate delay and demand the immediate release of the prisoners because of Covid-19.

(1/4) Prisoner releases have reached a new milestone. We welcome the government now having exceeded 3000 Talib prisoners released and the Taliban 500+. It is important that the process continues and the prisoners release roadblock resolved.

US-Taliban to enter Seventh Round of Talks in Doha