Pakistan’s biggest issue is rule of law not corruption

Harvard lawyer argues that the current state of affairs in Pakistan reveals a vast chasm between aspiration and reality. The ability of any legal system to sustain itself in the long run ultimately depends on how well it responds to society’s deep demands for justice. 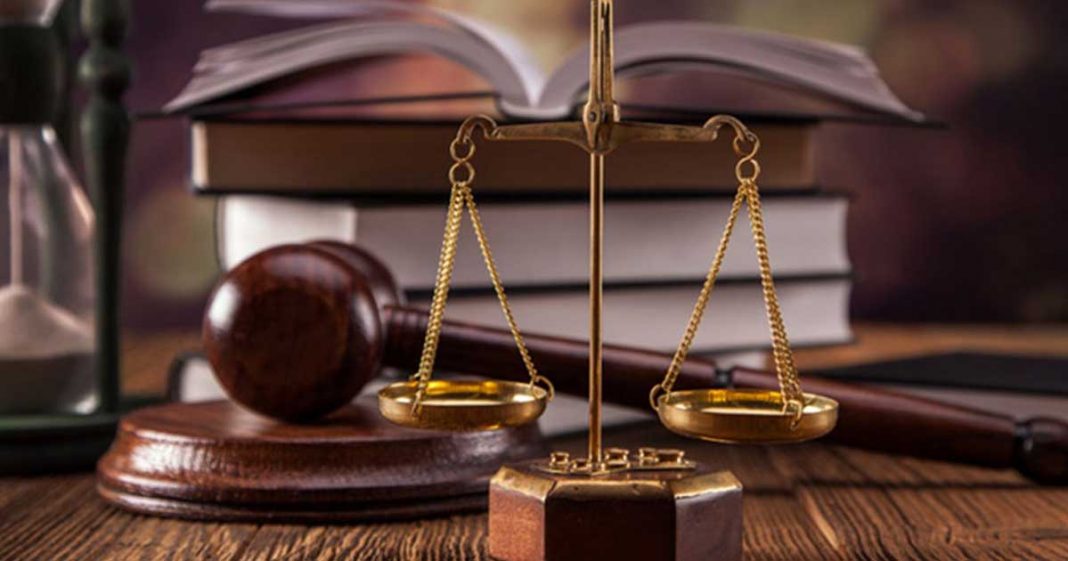 The current state of affairs in Pakistan reveals the wide chasm between aspiration and reality. The ability of any legal system to sustain itself in the long run ultimately depends on how well it responds to society’s deep demands for justice.

We’re all too familiar with the term ‘rule of law.’ In countries with parliamentary systems of governance such as Pakistan, the term is synonymous with checks on the arbitrary exercise of power by individuals and institutions. In Pakistan, the term has traditionally been used to support judicial activism, the supremacy of the Constitution, fundamental rights, etc. In a sense, the rule of law is an abstraction for the ideals of ‘equality,’ ‘access,’ ‘justice,’ ‘truth’ and ‘rights’ to which we aspire. It’s a long list. However, with time, the term has lost some of its sheens and has become clichéd.
In a sense, talk about the rule of law is no more than jarring noise that we’ve become accustomed to hearing. Movements about the rule of law in Pakistan have a strange sense of urgency about them. But over time, these movements either fizzle out or get subsumed by other issues. Status quo has a powerful way of asserting itself in our national discourse.

The current state of affairs in Pakistan reveals the wide chasm between aspiration and reality. Law continues to be exploited by the rich and the powerful. The leaked video of the recent assault on a celebrity, Uzma Khan, and the reported ‘settlement’ between her and the attackers belonging to an influential family is an example.

Another is the murder of an eight-year-old domestic worker by her employers for setting free their ‘expensive parrots.’ We are used to hearing about horrible crimes and criminals getting away because of a rigged system stacked against the weaker party. But why repeat that which we know all too well?

Law and order, which is a sine qua non for protecting the rights and liberties of the people, is conspicuously absent. But it isn’t just the writ of the law that’s in the issue

Debates surrounding the rule of law in Pakistan typically play out in the backdrop of pain and suffering. For example, the Supreme Court of Pakistan regularly takes suo motu action under Article 184(3) of the Constitution in circumstances when the executive fails to enforce the fundamental rights of citizens guaranteed by the Constitution.

In such cases, the Court considers itself bound to ‘step in’ to do what it believes ‘ought’ to have been done by the executive branch. In this sense, the judicial discourse is shaped by the zeal to redress injustices. Often we have seen the Supreme Court call governmental action unlawful and illegal. These are legal proclamations designed to put together a coherent counter-narrative of events.

To me, this is a belated catharsis by our legal system. It defeats the very purpose of the rule of law, which is to provide substance and process in equal measure. The trajectory followed in most legal systems is to invoke ‘means’ that justify the ‘end.’ Instead, our courts have a propensity to adopt a reverse trajectory where the end (remedy) is positioned as a central theme that justifies glossing over the ‘means’ necessary for a full and fair dispensation of justice. The brevity of this judicial approach masks the complexities and contradictions in our legal system. This is a classic case of putting the cart before the horse.

It is not the province of courts to substitute their ‘will’ for the legal process’s perceived shortcomings. But aren’t our courts a product of the very system where both law and lawlessness take root? Wouldn’t the courts be justified in intervening to correct wrongs and thus preserve whatever little semblance of justice remains?

I’m afraid, not. There are two reasons for this. First, in court cases, the consequences are limited to the immediate parties, and the legal system cannot be expected to pay attention to the unfairness that may result in the long term. Second, our courts mainly follow the model of corrective justice – a selective approach. It is commonplace to see the courts set free criminals – both white-collar and violent – on bail or overturn their conviction. These actions leave us trapped in a deadly loop. We express outrage when we see courts failing to render our preferred version of ‘justice’ yet celebrate the supremacy of the law when a decision is to our liking.

What could explain this? Is it our yearning to have our personal or collective tragedies expressed in the language of law? Are we content with the fleeting solace of empty words despite knowing fully well that we’re left with a large gap between pronouncement and law-in-action? Is this how a society ought to shape the conversation about the law?

Thomas Hobbes, a leading political philosopher of the 17th Century, saw the law as the commands of a body to whom private individuals have surrendered their force. This ‘surrender’ to the sovereign enables the group to avoid, what Hobbes calls, the ‘state of nature’ where anarchy prevails. Hobbes didn’t use the term’ state of nature’ in a historical sense.

Instead, it is a ‘state of analysis’ which exists today as much as it did when Hobbes wrote his work. Thus, unless there is a complete surrender of power to a sovereign by individuals and groups, order can never be achieved in society, and the possibility of reverting to the state of anarchy remains. Therefore, the sovereign authority is necessary before the law can evolve and be perfected through reason and logic.

In Pakistan, there is a conspicuous absence of the writ of the state.

Law and order, which is a sine qua non for protecting the rights and liberties of the people, is conspicuously absent. But it isn’t just the writ of the law that’s in the issue. There are severe flaws in our legal system as a whole. Consider this: there is a backlog of more than 2 million court cases.

Read more: Justice system: Why and how should Imran Khan reform it?

Criminal conviction rates are as low as 10%. Evidence destroyed routinely destroyed by collusion between criminals and law enforcement agencies. Lawyers who are the custodians of the legal profession either waste their energies protesting against on non-issues or worse indulge in violent acts such as the horrific attack last year on the Punjab Institute of Cardiology. This is just a snapshot of how bad things have become over time.

Where do we go from here? The goal of any legal system is ensuring distributional consistency in the implementation of rights across different segments of society. This is guaranteed when a FIR is registered against a powerful wadera or an influential politician; when there is no cooperation between law enforcement agencies and criminals; when bail laws are tightened to ensure that white-collar criminals don’t walk away; and when the voice of the common man gets heard, and there is justice and equal protection of the law for all.

Let me end by saying that the ability of any legal system to sustain itself in the long run ultimately depends on how well it responds to society’s deep demands for justice. The artificial flavor of the law is served well through a sweeping statement that presents a triumph of justice when there is none.

Read more: Things to Consider Before You Hire a Criminal Lawyer

In its most real sense, the rule of law is like a body that remains healthy so long as all its organs work correctly and in tandem with one another. But when the law becomes the handmaiden of the rich and the powerful, it ends up becoming an instrument of tyranny and oppression. Let us strive to avoid this at all costs for the sake of our country’s future.

Hassan Aslam Shad is the Head of a leading Middle Eastern law firm. He is a graduate of Harvard Law School, U.S.A… Over the years, Hassan has written extensively on topics of law including international law and international relations. Hassan has the distinctive honor of being the first person from Pakistan to intern at the Office of the President of the International Criminal Court. He can be reached at:veritas@post.harvard.edu. His Twitter handle is:@HassShad.