GVS explores the effect of the deadly pandemic COVID19, on one of the most celebrated and profitable entertainment markets in the world, Hollywood. The impact has closed cinema houses, made hundreds and thousands unemployed as well as putting millions of dollars at stake.

Since the year started, there have either been political tensions between nations or natural calamities happening all over the world. Yet no-one could have braced themselves for the pandemic that we think originated in China and gripped the entire world in just a few weeks.

As countries lock borders, enforce curfews and shutter businesses, there is an increasing fear spreading amongst the masses for when this would be over and dealt with.

And while the tales of airlines and luxury businesses suffering massive losses have no doubt reached every ear, another unlikely victim of the coronavirus is Hollywood itself, which is set to have the worst year in history.

Hollywood, like the rest of the world was hesitant to take Corona more seriously at first. But as China closed theaters and shelved films, America was beginning to realize the impact of Corona on the global box office. China is the second-largest film market in the world and in the past has helped films that struggled in the US box office break records overseas.

But with the Middle Kingdom struggling to overcome the virus outbreak, Hollywood was, for the first time in many years, left to fend for itself and rely on smaller markets across the seas. Naturally this left a sizable dent on the grosses of early films and had film distributors in China postpone the release of surefire winners like Paramount’s Sonic The Hedgehog and Disney’s Onward.

This itself was a warning sign for Hollywood studios who knew that with just the domestic United States Box Office, their films couldn’t be successful. The first casualty was Sony and MGM’s ‘Bond No Time To Die’, which was delayed from early April to November.

Soon popular franchise films like ‘Fast and Furious 9’ and ‘A Quiet Place 2’ followed, realizing that the situation was starting to worsen across the globe and even in America. It wasn’t long however, before the virus had become enough of a threat to pose a serious risk for everyday life of Americans, let alone to gather in closed rooms.

Even as Fox News decried the dangers of Corona, the increasing global death toll and early casualties in the States were significant enough for major studios like Disney to reluctantly shelve tent-poles until further notice. There was also strong belief that even one corona case from someone attending a movie screening could cost the film and the theater millions in law suits.

By this time, the current box office numbers had reached a 22 year low in Hollywood and with the gravity of the situation sinking in, studios, both film and TV had effectively begun to close shop. Early attempts by movie theaters in US to separate seats and promise a clean environment wasn’t enough to lure back families.

Tom Hanks and wife Rita Wilson’s positive test also secured Corona as a threat for Hollywood elites who usually consider themselves (and in fact are) invincible and elevated from the woes of the common man. With the number of corona cases rising everywhere, all forms of entertainment in Hollywood was being closed down.

Live sports matches and talk shows were being suspended, film festivals indefinitely called off and cinema halls either closed or empty. This was history being made and is unlike anything ever seen before.

Industry insiders have already predicted that the spread of Corona could result in a mammoth $20 billion in losses for film and TV. The irony of 2019 being the biggest year for Hollywood and 2020 already shaping up to be the cruelest is not lost.

But with all of Hollywood at a standstill this year, there will be a loss of jobs with many studios unwilling to keep their production staff and crew. As this is shaping up to be a surprisingly long amount of time.

All upcoming productions around the world have been halted as of yet, with only a few such as Netflix’s The Crown and the upcoming Mission Impossible film, operating on a small set. The bigger the picture, the greater is the cost of retaining an entire crew and cast contact.

Read more: Sonic the Hedgehog: Not as fast but bumpy alright

As per a Hollywood Reporter, the estimate of a delay on a big budget project is upwards of $300-500k a day. Subsequently more and more members of crew are losing jobs or being furloughed for the time being.

Although people have taken to watching more broadcast TV all over the world in general. With the current production of content at a standstill, globally, it is only a matter of time before we are starving for new content.

The Saviors with cinema halls across the world shut for some time, it was only a matter of time before the current box office films took to ‘Video on Demand’ and streaming services to gather the last few pennies that they could. And within a week of USA deciding to close its cinemas until further notice, the movies that were playing in arenas were, in an unsurprising but nonetheless novel move, streaming online.

While they have yet to make their way to streaming services, they are exactly where the movies will end up. Films like The Invisible Man and The Hunt were effectively available for purchase after being pulled off of movie screens around the world. 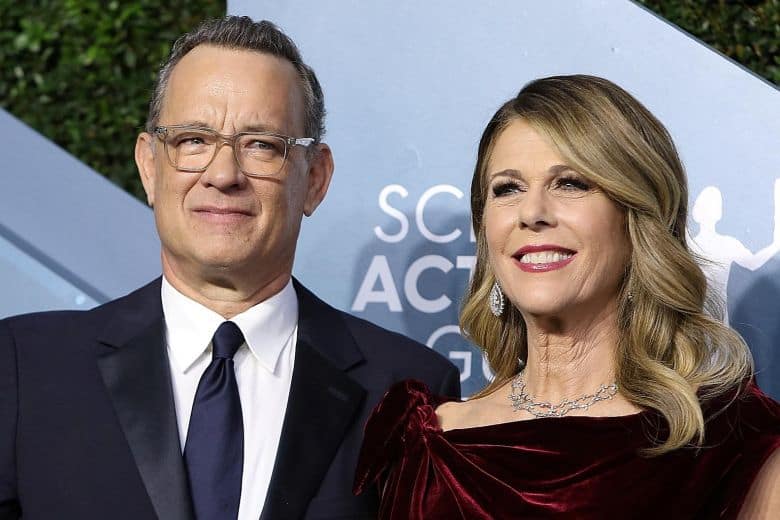 And as Corona hinders the production of any future content, Streaming services like Netflix who had planned to invest billions in content this year, will now look at already made titles that were set to grace movie screens this year.

The studios will have to weigh their odds to see what kind of film will work for a streaming service and not result in an otherwise loss that could be avoided by waiting to release it after the virus dies down. This basically means that while you can expect to see more adult fare and movies that cost little to be produced on the smaller screen in the coming months.

Bigger blockbusters such as Wonder Woman 2 and Black Widow are unlikely to hit the streamers as they would stand to lose billions that could be gained once the cinema screens are light again. Negotiations for films that studios deem fit for streaming now, are no doubt underway and already the Kumail Nanjiani- Issa Rae rom-com Lovebirds has shifted from theatrical release to a Netflix one.

For a smaller film such as this, there is a chance that more eyes will be on it now that everyone has nothing to but watch movies all day. Ted Sarandos, Netflix CCO has in fact confirmed that viewership is up since the pandemic has impacted the world.

This might just give some niche films a chance to break out on streaming services but it could also set a precedent for the future where lowbrow and low budget films are expected to go straight to streaming, with the mega action films being saved for theaters.

A question of Time

In the coming months events like film festivals and award shows have already been postponed or cancelled and it remains unclear how this Oscar season will go. If the conditions continue to stay the same, it is highly likely that the annual Academy Awards will be postponed. With studios continuing to delay projects the 2021 slate is getting exceedingly crowded.

And although China is in good enough shape to consider reopening its cinemas, the rest of the world is going to have to take a while to catch up. What shall remain after this dies down, though, is a history making year beset by losses for Hollywood and the world.

Previous article
We, the Hypocrites: The public trial of Sarmad S. Khoosat
Next article
The most disregarded problems & solutions of power sector of Pakistan

STZA made top priority by PM Shehbaz for tech development

Sino-Russian rapprochement and its limits in Ukraine

Anger and desperation grow in search of earthquake survivors

No end in sight to Pakistan’s foundational issues