With the US hegemony waning and its leading role in the world faltering, China is poised to replace it and lead the world not through liberal ideals but through its own “Chinese Model” 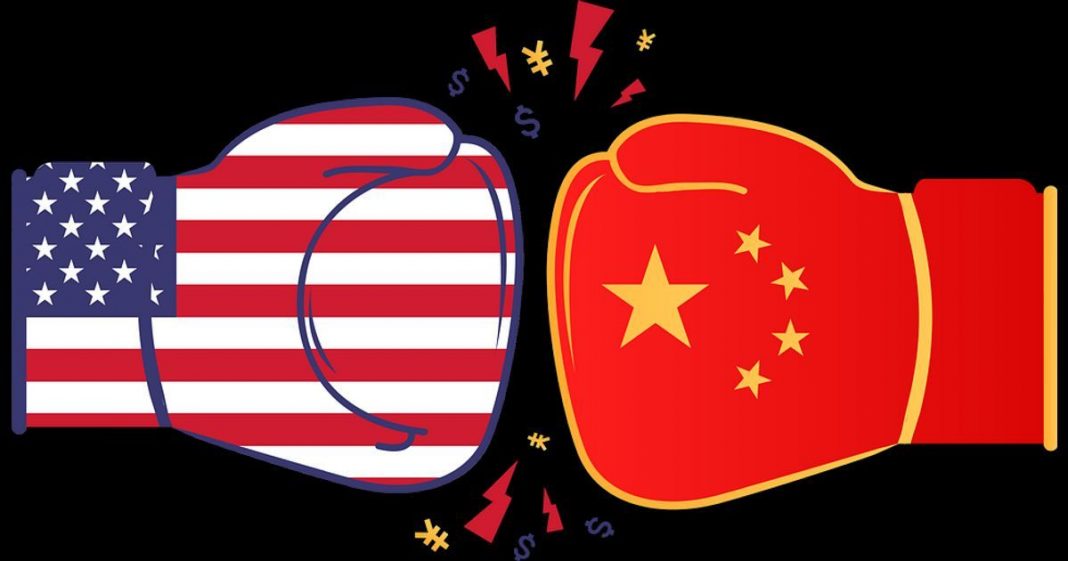 The coronavirus pandemic is proving to be the most lethal blow to the western (American) world order. It has exposed the lop-sidedness of the liberal order and globalization by erecting new barriers at an unprecedented speed across the globe. It has not only restricted the movement of people and goods across the borders – thereby highlighting the risks ingrained in the over-interdependence – but also made a remarkable dent to US hegemony in the world.

The USA’s incompetent approach towards handling the pandemic, which resulted in more than 100,000 deaths in the country, has led the world to look towards China which has successfully controlled the spread of the virus with lesser fatalities than the US.

US vs China amid Covid-19 pandemic

While making a factual assessment of the situation, one may end up with this incredible fact that the world order is rapidly changing in favour of China. Due to the “America First” policy of the Trump administration, the US hegemony in the world was already in decline, yielding more space to an economically expanding China. Yet the pandemic further deepened USA’s concerns over free movement across its borders and injected a new life into its notions of nationalism and protectionism.

As far as Globalization is concerned, it was already dwindling since the economic depression of 2008. It has been confronted with some of its own internal frictions and contradictions which have gradually been eating into its different aspects. The development gap between the North and the South is a clear manifestation of the fact. The developed North has misused the concepts of free trade and free movement of people and goods across the border at the expense of the developing and underdeveloped South.

With the scientific and technological advancements, mainly in the realm of communication and transportation, the world did become a globalized village. But, as soon as the developed world sensed that the costs of globalization outweighed its benefits for it, it started withdrawing from integration and moving towards protectionism and nationalism.

‘America First’ policy of the US; it’s pulling out from major international bodies like WHO, Paris Climate Accord, Trans-Pacific Partnership (TPP); revising its economic agreements with other countries like NAFTA and those with Europe; Britain’s exit from the EU (Brexit) and rising populism in Europe are some glaring examples.

The spread of coronavirus across the world has proven to be a potential blow to the entire process of integration, inter-dependence and internationalism. It has strengthened the notion of nationalism, border closures and rising populism. The pandemic may end soon, but it will have a lasting impact on the already declining globalization.

It will push states to rethink the ideas of free movement across the borders, interdependence, outsourcing of essential goods and services and above all international cooperation. The inherent contradictions of globalization coupled with the upheaval created by Covid-19 may lead globalization to collapse under its own weight sooner than later.

Besides hastening the descent of globalization, the coronavirus pandemic has also accelerated the shift in the global political order. It is the biggest challenge the world has ever witnessed after the Second World War. While the liberal world order was already in crisis, the pandemic has expedited its shift.

With the US hegemony waning and its leading role in the world faltering, China is poised to replace it and lead the world not through liberal ideals but through its own “Chinese Model” (which calls for expanding Chinese influence throughout the world without tampering with others’ social, cultural and governance structures).

As the rest of the world, especially the US, is grappling with this deadly virus, the Chinese leadership is busy capitalizing on it, trying to transform the crisis into an opportunity.  Due to the inward-looking policies of the Trump administration and the recent flare-up in the US-China tensions, the latter is honing in on any opportunity provided by the former to emerge as the leader of the changing world order.

The poor management of the pandemic by the US has revealed its incapability to lead the world efficiently. In a situation like this, a leading country is expected to demonstrate its performance on three different fronts if it wants to stay on top.

How US could have taken lead in pandemic

First of all, at the domestic level, a state must be capable and competent enough to deal with any such issue efficiently. By analysing the role of the US government during Covid-19, one can literally say that it failed to manage the situation competently, consequently leading to more than 100,000 deaths and more than 20 million job losses.

Secondly, in a global crisis, a leading state is required to provide support to other nations to cope with the situation at the international level as well. Again the world has seen no such gesture by the US. Instead of providing international support, it got into a kind of competition, collecting medical tools, medicines and personal protective equipment (PPE) from around the world in order to outdo other nations, especially its economic rival China.

Thirdly, and most importantly a state’s leadership ability is demonstrated by its capability to reach out to other states and international organisations, in a bid to develop strategies to tackle a crisis.

Only three out of 53 countries say US has handled coronavirus better than China https://t.co/5Fllr8P1kt

But to the dismay of the people, the US has been out of sight at this front since the pandemic began. Rather than working with other states and organisations, Trump administration has been critical of one of the leading health organizations- the WHO- all along. The US blamed the WHO of being China-centric to investigate it and held it responsible for the deaths of US citizens. It has been threatening to cut off funds for the organization and walking away from it. Lately, Trump announced to terminate the USA’s relation with WHO, however, it is yet to be seen whether or not it can leave unilaterally.

On the other hand, China emerged successful on all these fronts. Due to its efficient domestic policies of immediate lockdowns, it was able to effectively contain the spread of the virus to other parts of the country. Moreover, the efficient health facilities that it provided to its people were efficacious in restraining the rapid death rate. On the international front, despite the fact that the virus originated on its land, China has been readily available to help other countries fight the pandemic.

It has been reaching out to the world by providing PPEs and other medical equipment to states hard hit by the virus. Extending a helping hand to other nations, China earned great admiration and acknowledgment for the role it played in this difficult time, from around the globe. Apart from that, China has been effectively advocating for a collective effort to devise plans to safeguard the world against such diseases in the future.

On all these fronts China has been asserting its emergence as the world leader and has been successful in filling the gaps left by the USA. Every misstep of the USA was an opportunity for China which it utilized very skilfully.

The liberal world order is in flux. Due to an incompetent approach to global crises and poor management of the corona pandemic, the US has actually lost to China. While commenting on the US withdrawal announcement from the WHO, the former Swedish Prime minister, Carl Bildt said, “the US has left behind any ambition of global leadership and any function as a global inspiration.”

It is a fact that world leadership is decided by the billions of people living outside the US or China. But surely the world’s perception of China has changed for good owing to the Chinese performance.  As the US-led liberal world order is staggering, the leadership of the world is shifting from the West to the East, with China all set to head it.

Muhammad Tayyab remained as a visiting lecturer at the Department of International Relations, University of Peshawar. Currently he is doing his MPhil in Peace and conflict studies from National Defence University Islamabad. Email ID is tayyab764@yahoo.com. The views expressed in this article are the author’s own and do not necessarily reflect the editorial policy of Global Village Space

Hundreds of Pakistani doctors fighting corona are at risk in UK