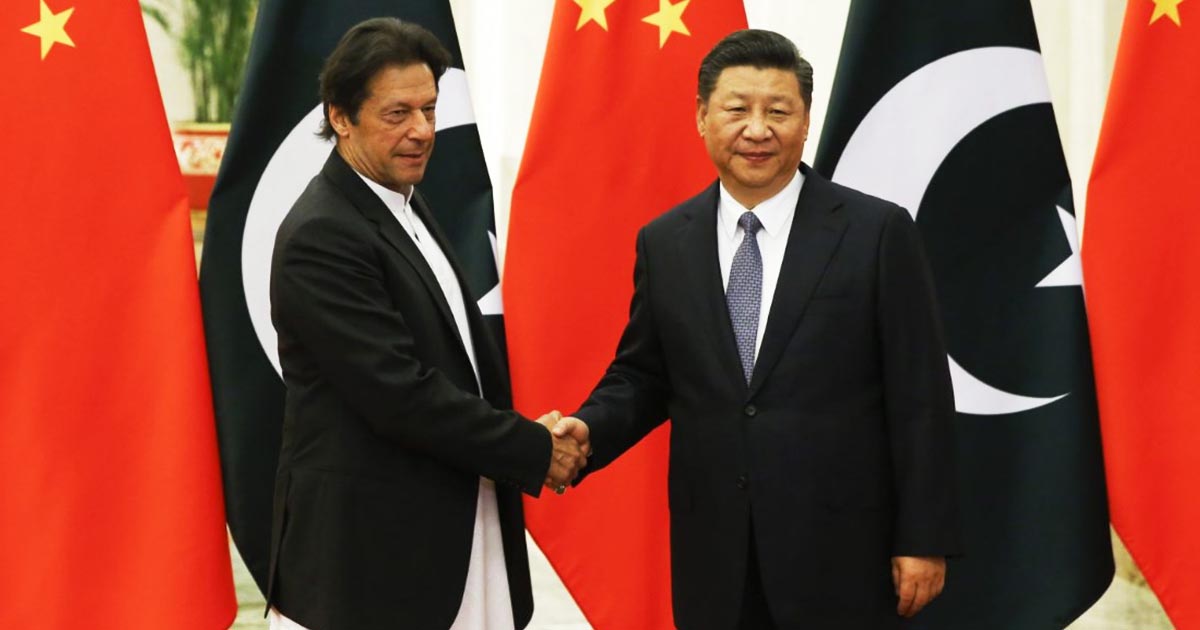 Prime Minister Imran Khan suggested on Friday the world leaders to focus on the people of their countries by addressing impediments in the path towards sustainable growth as the China’s Belt and Road Initiative (BRI) takes on a more concrete shape.

Khan outlined his five points while delivering his keynote speech at the opening ceremony of the second BRI Forum in Beijing. With Pakistan and China entering the next phase of the China-Pakistan Economic Corridor (CPEC), Khan has called for greater attention towards tackling climate change and poverty.

“The presence of so many world leaders today is proof that we choose hope over despair and cooperation over confrontation. 122 states and 49 international organisations have signed onto the BRI’s vision and this is a historic and monumental development,” he was quoted as saying by media.

“The BRI offers a model of partnership, collaboration, connectivity and shared prosperity,” the premier said, adding “Pakistan is proud to have partnered with China in this transformative endeavor.” He said that Pakistan was among the BRI’s earliest and most enthusiastic proponents.

“The China-Pakistan Economic Corridor, one of the BRI’s major components ─ and one of its earliest manifestations ─ has made substantial progress. Pakistan’s energy supplies have increased massively, critical infrastructure gaps are being plugged, Gwadar ─ once a small fishing village ─ is transforming rapidly into a commercial hub. The Gwadar airport will be the largest in our country,” he told the audience.

Read more: PM Khan’s remarks about terrorism in Tehran: what does opposition want?

“The ocean is vast because it rejects no rivers,” PM Imran while quoting a Chinese proverb said Pakistan will continue “to work on the basis of mutual respect and equal opportunity, with China and other BRI partners, for a better future of our people”.

The media reports added that he extended an invitation to international investors and reiterated Pakistan’s desire to partner with “all those who share the vision for a peaceful and prosperous world”. “I take this opportunity to invite all of you to avail our liberal foreign investment regime and participate in our economy, in particular infrastructure, railways, dams, IT and manufacturing,” he said.

While focusing on his five-point agenda, he said that joint efforts to mitigate climate change must be introduced. Giving example of planting a billion trees in Khyber Pakhtunkhwa province, Khan suggested that the forum should launch a joint project to plant 100 billion trees over the next two years to mitigate the effects of climate change for the coming generations.

Further elaborating his plan, he said that a BRI Tourism Corridor should be established to promote people-to-people contact and inter-cultural understanding. In addition, he said, an office of Anti-Corruption Cooperation should be set up to combat the scourge of white-collar crime as it was devastating the world.

Aiming to emulate China’s model which lifted roughly 800 million people out of poverty, Khan said that the leaders should create a poverty alleviation fund to fight against poverty and malnourishment. Lastly, he urged them to make concerted efforts to further liberalize trade and investment flows encouraging the private sector and businesses to collaborate in projects.

Earlier, the prime minister arrived in China on Thursday on a four-day official visit. The Foreign Office said that he will attend a world leaders’ meeting representing around 38 countries, speak in the first session of the leaders’ meeting and hold meetings with several heads of states/governments and corporate and business leaders on the sidelines of the BRF.

Earlier, Chinese President Xi Jinping said that his global infrastructure project will have “zero tolerance” for corruption and vowed to prevent debt risks. Xi while addressing the gathering of 37 world leaders said that BRI offers to bring much-needed modern infrastructure to developing countries.

The project aims to reinvent the ancient Silk Road to connect Asia to Europe and Africa through massive investments in maritime, road and rail projects. “Everything should be done in a transparent way and we should have zero tolerance for corruption,” Xi said.

In 2017, while addressing the plenary session of the first Belt and Road Forum for International Cooperation in Beijing, the former Prime Minister Nawaz Sharif had emphasized that geo-economics should take precedence over geopolitics.

He had said that CPEC was at the core of China’s One Belt, One Road initiative, which fostered inclusion and tolerance in the region. “We are not striving to merely leverage geography for economic prosperity; we are also trying to build a peaceful, connected and caring neighborhood,” Radio Pakistan had quoted the then premier as saying.

“CPEC is owned and nurtured by all of Pakistan,” Sharif had said during the conference. He had added that it was compatible with the country’s vision for 2025, where investment would be undertaken in different sectors such as energy, industry, trade, and transport. He also said that efforts were being made to bridge the gap between economic growth and social development through a focus on education, gender mainstreaming and health.

May 14-15 forum in 2017 was attended by 29 heads of state and government, besides delegates from around 130 countries. The ex-prime minister’s entourage in Beijing had included the four chief ministers; Shahbaz Sharif of Punjab, Pervaiz Khattak of Khyber Pakhtunkhwa, Sanaullah Zehri of Balochistan and Murad Ali Shah of Sindh.

In 2019, leaders from 37 countries are in Beijing for the three-day forum, with officials from scores of other nations in attendance. Prime Minister Khan, Russian President Vladimir Putin and Italian Prime Minister Giuseppe Conte, whose country became the first G7 member to sign up to Belt and Road, are among the headliners, the media reported. EU powers Germany and France have sent ministers to the summit.

The United States, which sent a senior White House official to the first BRI summit in 2017, has not sent any officials in 2019.

Previous article#RemoveShehlaRaza: Twitterati slams PPP leader for airing sectarianism on National TV
Next articleNo ‘change’ in Punjab: Is that why PML-Q stands by Usman Buzdar?

19 June 2021
Previous article#RemoveShehlaRaza: Twitterati slams PPP leader for airing sectarianism on National TV
Next articleNo ‘change’ in Punjab: Is that why PML-Q stands by Usman Buzdar?

Australians travelling to China may be ‘arbitrarily detained’

US-Iran standoff has further exposed limitations of US Power?