PTI-led Government ushers in a new policy against militant outfits

Interior Minister Retired Brigadier Ijaz Ahmed Shah, on Thursday, maintained that the PTI-led government has ushered in a new policy regarding suspected militant organizations, which will no longer be allowed to operate on Pakistani soil. 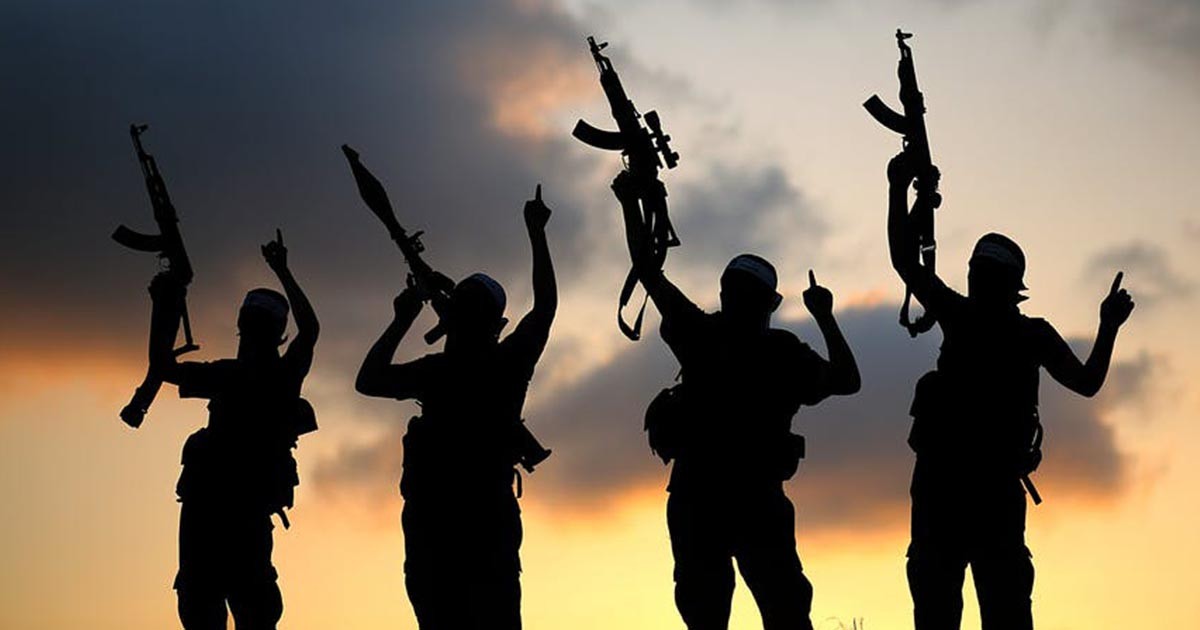 Interior Minister Retired Brigadier Ijaz Ahmed Shah, on Thursday, announced that the PTI-led government has ushered in a new policy of dealing with suspected militant outfits, and the credit for the recent government goes to Prime Minister Imran Khan.

Addressing a press conference, Interior Minister Retired Brigadier Ijaz Ahmed Shah commented on the arrest of Jamaat-ud Dawa Chief Hafiz Mohammad Saeed. He noted that before assuming the Prime Ministerial office, the PTI Chairman Imran Khan had persistently maintained that Pakistan should not be the playground of any jihadi organizations.

Earlier, the Interior Minister chaired a meeting on law and order in Sindh, alongside Sindh Governor Imran Ismail, held at the Governor House. The meeting was attended by all principal stakeholders, including the Director General of Pakistan Rangers Sindh, the Inspector General of Sindh Police, and representatives from other law enforcement agencies.

The Interior Minister noted that the political leadership and the military leadership are on one-page regarding all issues, including the existence of militant organizations, which is the greatest strength for the PTI-led government.

The Interior Minister also visited the Ranger’s Headquarters, where he was briefed on the ongoing law and order situation in Karachi and Sindh.

During the presser, Interior Minister Shah explained that the law and order situation in Karachi has witnessed significant improvements, the credit of which lies with the unwavering efforts of the law enforcement agency.

Explaining the agenda of the PTI-led government, the Interior Minister clarified that Prime Minister Imran Khan is adamantly against taking dictation from any individual or entity, which includes “militant organizations.”

Retired Brigadier Shah noted that each and every individual has a democratic right to protest, however, such demonstrations should be peaceful and must not create hurdles and pose threats to the individuals who are not taking part in such activities. He stressed that respecting the rule of law is essential for Pakistan’s survival.

He said, “Law and order is the responsibility of the government, and if this country has to survive, there is no place for warlords. The government should be calling the shots.”

The Interior Minister noted that the political leadership and the military leadership are on one-page regarding all issues, including the existence of militant organizations, which is the greatest strength for the PTI-led government.

Brigadier Shah noted that Prime Minister Khan was undertaking the tough measures required to uplift the economic and evade the financial crisis the country is gripped with. The Interior Minister also mentioned a meeting convened between the Army Chief and the Prime Minister Imran Khan, which addressed the issue of smuggling, which was draining the resources of the country.

Responding to a question regarding the accountability process and arrests of senior opposition leaders, Retired Brigadier Shah noted that the National Accountability (NAB) is operating as a non-partisan institution, and it has finally addressed the need for accountability across the country.

The Interior Minister maintained that Prime Minister Khan is at the helm of power, and does not take dictations from anyone, be it the US or militant organizations.

He maintained that the NAB is an independent entity, and the Chairman NAB was appointed by the leadership of the Pakistan People’s Party (PPP) and Pakistan Muslim League-Nawaz (PML-N) and not the PTI-led government.

He maintained that the government is not involved in the recent arrests of senior opposition leader. Retired Brigadier Shah added, “If someone is held responsible for wrongdoings, he/she will be arrested as no one is above the law.”

Responding to another question on the arrest of former Prime Minister Shahid Khaqan Abbasi and former Finance Minister Miftah Ismail, Brigadier Shah noted that the two must have committed “some wrongdoings, which is why the NAB is after them.”

Brigadier Shah said, “If it is revealed that the former Prime Minister has not committed any misdeeds, he will be released.”

Interior Minister Shah also responded to a question regarding the release of Dr. Aafia Siddiqui, noting that he not aware of the agendas of the Prime Minister’s official visit to the White House. He added, “However, I am sure that Prime Minister Imran Khan will address this matter with the US President, a subject that no other Pakistani ruler has ever addressed.”

Hafiz Saeed Arrested to Appease US?

The Interior Minister maintained that Prime Minister Khan is at the helm of power, and does not take dictations from anyone, be it the US or militant organizations.

Speaking to Global Village Space, Jan Achakzai, renowned political analyst with vast expertise in regional militant structures, maintained that it is “absolutely wrong” to suggest that Hafiz Saeed’s arrest is connected with Prime Minister Khan’s upcoming visit to the US.

The Baloch analyst noted, “This is absolutely wrong to suggest that Hafiz Saeed has been detained to appease the US government or facilitate PM Imran Khan’s visit or get concessions from Washington: clearly Pakistan does not believe that Hafiz Saeed has any proven connection with Mumbai attack in which US citizens were killed, besides, Indian nationals.”

India wants more and more coercive measures on any international forum including FATF to substantiate its narrative: it is all making of Pakistan and its alleged interference through alleged proxy like Hafiz Saeed in Indian-Occupied Kashmir.

Achakzai added, “India has not provided any proof that could stand scrutiny in Pakistani courts. Hafiz Saeed has been a vocal supporter of Kashmir’s freedom movement and has never been involved in any militant activity in Pakistan.”

“However, since Pakistan has been pursuing a policy of mainstreaming, his followers have been allowed to participate in politics and raise money for charitable and political campaigning.”

FATF: Geo-Political Tool of the Powerful

Jan Achakzai noted that recently, Islamabad has come under a sharp wave of pressure due to the ongoing FATF investigations, which has been reduced to a geo-political instrument of the power-hungry nations.

Achakzai observed, “Of recent, Islamabad is undoubtedly facing huge pressure at FATF, which has become a geo-political tool in the hands of powerful nations including succumbing to lobbying of India against Pakistan.”

He added, “ India wants more and more coercive measures on any international forum including FATF to substantiate its narrative: it is all making of Pakistan and its alleged interference through alleged proxy like Hafiz Saeed in Indian-Occupied Kashmir.”

Jan Achakzai explained that now, Pakistan has been directed by FATF to “clampdown on any charitable money collected by any group, institutions including madrasas and Hafiz Saeed’s followers in order to delist from grey status.”

Achakzai noted, “The larger picture is not the FATF pressure only; it is the quest of Imran Khan government to open up the country to investment, tourism and streamline visa regime and promote Pakistan’s soft image; for this to happen Pakistan’s civilian and military leadership have realized to cleanse the country of all organized groups private institutions who are operating below the writ of the state; Afghanistan’s reconciliation effort has made the task the government easier to help pave way for repatriation of Afghans refugees.”

The Baloch political analyst continued, “This is why recently the Army Chief Gen Bajwa, during his visit to the UK, offered London and Washington to verily Pakistan’s anti-terror and anti-militant endeavors as a third part party—this offer encompasses all groups who could be actual or potential threat to Afghanistan and NATO forces.”

Jan Achakzai concluded, “Therefore, Hafiz Saeed’s arrest should be understood as part of Pakistan’s quest to promote its own national interest: reduce the weight of  past’s missteps, neutralize Indian propaganda, and reach out to the world as attractive destination for investment and tourism.”

News Desk - 29 May 2021
"Pakistan is probably one of the freest state[s] as far as media is concerned,” the minister claimed.

Pakistan will not allow US military bases on its soil

Can government bring Nawaz Sharif back to Pakistan?