Religion in world politics: Emergence of the concept of Ghazwa-e-Hind

Spiritual circles argue that so far Pakistan and India have fought three wars and fourth decisive war—Ghazwa-e-Hind— is coming in terms of Pakistan’s annexation of India. But to what extent is this true? Find out in this piece! 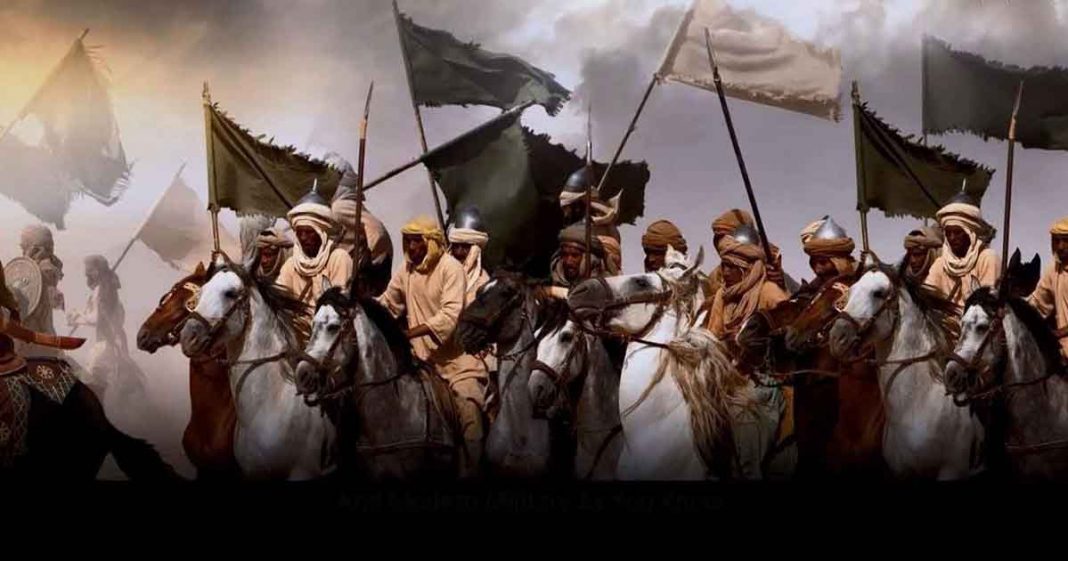 For decades, our understanding of International Relations (IR) as an academic discipline remained confined to the study of the interconnectedness of politics, economics and law. As political activity, IR dates from the time of the Greek historian Thucydides (c.460-395BC) but it was in the early 20th century that the discipline emerged as a discreet economic field within political science.

Role of religion in International relations

In the comity of nations, IR is largely swayed by this purview. But 9/11 in 2001 and more recently COVID-19 has introduced another relatively new factor that is also shaping international affairs among nations. This new factor is an epitome of conspiracy theories, religious myths and end-time predictions. When Israeli Health Minister’s cure—not of any Jewish cleric—for COVID-19 is the arrival of a Messiah as an ultimate escape from all the troubles of the world, then one raises eye-brows how ‘a turn to religion’ proposes the use of the term “International Political Theology” to underscore the theological commitments of nations, one like Israel, to their basic creeds and dogmas in reshaping international relations.

Whether it is Israel’s ceremonial shifting of the capital to Jerusalem with Trump’s gung-ho approval or a growing Indo-Israeli nexus irrespective of any regional proximity to harm Pakistan, there is indubitably an angle of ‘religion’ sharpened by the bulk of conspiracy theories and end-time predictions that is considerably influencing the international affairs.

When the papers like the Jerusalem Post and the Times of Israel put forth the religious narrative of Israel, the spiritual-religious narrative of Pakistan also perks up not only as a myth but also in the form of the highly apprehensive behaviour towards the Indian strategists. RAW’s ex-Chief Vikram Sood’s statement in this regard would be the perfect example: “If US troops exit Kabul, and the Taliban holds sway, Pakistan could unleash ‘Ghazwa-e-Hind’ against India.” Similarly, the persecution of minorities, particularly Muslims in Modi’s India under the Hindutva ideology, shows how important religion has become in shaping the affairs of the state.

In sum, apart from the politico-economic factors, religion in international relations is gaining credence not only in strategic thinking but also in the electronic and print media as a sine qua non of fifth-generation warfare to propagate propaganda and counter-narratives. Hence, I decided to write on Pakistan’s religio-spiritual perspective to counter nemesis’ myths regarding religion that affect international relations.

Let’s proceed with Pakistan’s inception. Pakistan came into being on 14th August 1947. But the night Pakistan emerged on the world map was 27th night of Ramadan—known as Laylat al-Qadr or Night of Esteem or Pre-eminent Destiny. The spiritual circles opine that creation of Pakistan on Night of Esteem is God’s hint in sync with the Truest Forecaster Holy Prophet’s (S.A.W.) prediction, “During end times, God will awaken a nation in the East having the best weaponry for the Renaissance of Islam.” This shows the power of religion when it comes to shaping opinions and eventually international relations of a state.

Pakistan faces the danger from idol-worshipper infidels (India) in the same way the nascent state of Medina faced threats from the idol-worshippers of Mecca fourteen-hundred years ago. Jews were collaborating with infidels of Mecca in their evil designs against the state of Medina in the same way the growing Indo-Israeli nexus is aiming against Pakistan today.

Furthermore, Muslims of Medina fought four wars with the infidels of Mecca in which fourth was the decisive one as Muslims conquered Mecca and demolished all the idols affixed in Kaba. Spiritual circles argue that so far Pakistan and India have fought three wars and fourth decisive war—Ghazwa-e-Hind— is coming in terms of Pakistan’s annexation of India. Intangible international arena too, this prediction sounds true in the backdrop of fascist Modi’s hostile attitude against Pakistan.

Going by the predictions: what does the future hold?

The infield of the truest predictions, the name of Hazrat Naimat Ullah Shah Wali, who is also known as the Time traveller, is a much more prestigious one. He made his predictions about end-time events 850 years ago. Till to date, none of his predictions proved to be false. About the creation of Pakistan, he predicted that British Raj would come to an end after 90 years and a Muslim state will be established by dint of which God will unleash saga of events which would end at Renaissance of Islam.

Moreover, surprisingly, Hazrat Naimat Ullah Shah Wali had predicted the 1965 war. He even predicted a third war and the disintegration which came true in 1971. He also predicted the fourth war in which Muslims (Pakistan) would be bolstered by Mongols (China) in a decisive war against idol-worshippers (India) in which Muslims would annex the entire territory of infidels. Presently the fraternal Pak-China relations, all-weather Sino-Pak friendship and Indian terrorist activities to sabotage CPEC and One Belt One Road project are compelling us to move on that trajectory which Naimat Ullah Shah Wali predicted exactly 850 years ago.

In sum, there is a bulk of predictions made by several spiritual figures about the rise of Pakistan. But the purpose here is not to praise or belittle any country in terms of victory or defeat but to manifest how today’s international affairs are increasingly shaped by the religious narrative in line with end-time predictions. Rather than economic and political dimensions, international affairs are swiftly retreaded by religious convictions of vying civilizations abuzz with conspiracy theories and end-time predictions expediting the dooms-day clock. The best way to avoid a catastrophe is by dialogue but, alas, it seems so that Huntington’s Clash of Civilizations has already been writing on the wall.

The author is a lawyer based in Islamabad and currently working with a law firm namely Kharal & Co. The views expressed in this article are the author’s own and do not necessarily reflect the editorial policy of Global Village Space.

Dawn Leaks notification: Is the PM side-stepping from real case?

After buses and cars, Daewoo brings a solution to the UPS problems