Rethinking the constitutional framework: How to deliver democracy 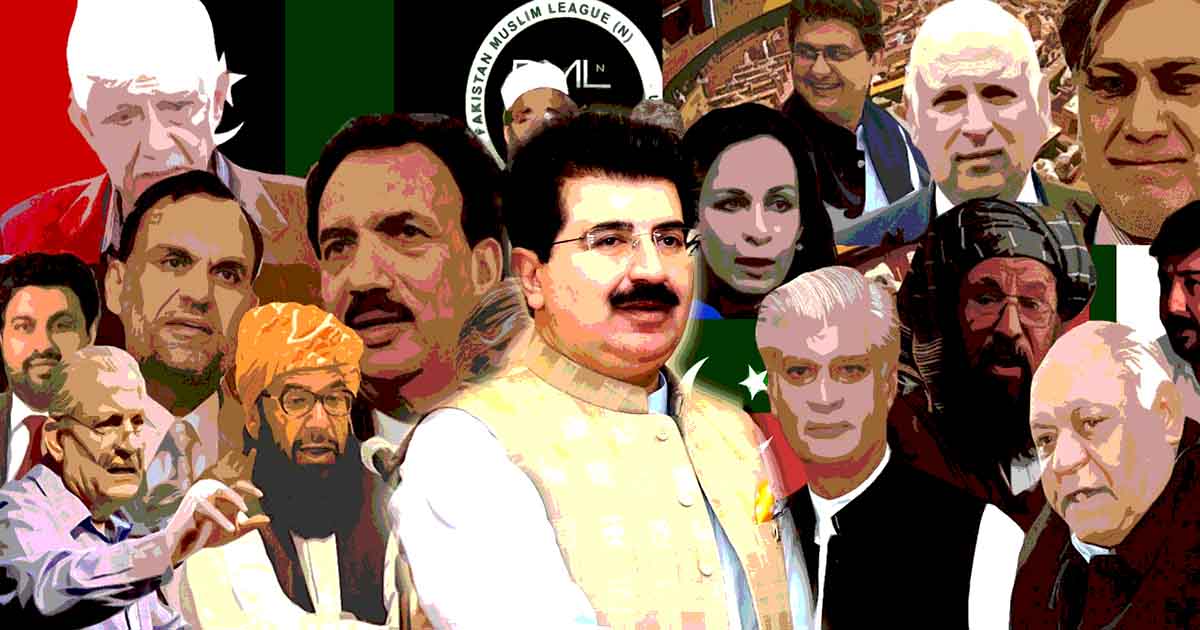 The cryptic saga of no-confidence motion against Chairman Senate, Sadiq Sanjrani, and the resulting defeat of the majority parties at the hands of the minority has punched a lasting hole in the enterprise of our democracy. More importantly, it has scripted a new charge-sheet against our parliamentary system of governance, which seems to have entirely failed in delivering its constitutional ethos and mandate.

This repulsive episode must shake us out of our democratic slumber. Our existing system of parliamentary governance just does not work. And academic ‘benefits’ of this system aside, it is time to think of a new system of governance in Pakistan – one that fulfills the promise of democracy without making a mockery of the institutions that rest at its heart.

They have also promised in-house inquiries against the defectors and threatened with en bloc resignations. But all sounds little more than crying over spilled milk.

The facts, repeated ad nauseam across our media waves, are frustratingly simple: the opposition political parties, having lost face in the ongoing accountability drive, decided to punch back. Plan? Using their collective majority in the Senate, the opposition forces decided to remove Sajid Sanjrani, and install a Chairman Senate of their choice. The numbers, in Senate, predicted a simple process with foregone conclusion.

Of the total 103 Senators (excluding Ishaq Dar, who fled the country without taking oath), Sanjrani was being backed by only 36 Senators of PTI and its allies. In juxtaposition, the opposition had 67 Senators, of which only 53 votes were required to remove Sanjrani from his post. The math, incontestably, predicted a victory for the opposition.

On the fateful day, 1st August, 64 Senators stood up to be counted towards presenting a motion of ‘no-confidence’ against Chairman Senate. As a result of this majority demand, a formal vote on the motion was called through secret ballots (according to Senate Procedures). Each the Senator cast his/her vote, with the entire opposition leadership looking-on from their respective chambers.

Finally, as the dust settled, the tally revealed that only 50 votes had been cast for removal of Sanjrani (as opposed to 53 required to garner majority), thus defeating the motion of ‘no-confidence’ and retaining Sajid Sanjrani as Chairman Senate. Part angry and part embarrassed, opposition leadership had no (public) answer as to which 14 members shifted loyalties between calling and casting of the vote.

In the aftermath of this shocking defeat, flustered opposition leaders have expressed their anger and resentment. They have also promised in-house inquiries against the defectors and threatened with en bloc resignations. But all sounds little more than crying over spilled milk.

Equally surprising is the fact that PTI Senators, and Mr. Sanjrani himself, have been celebrating this turn of events, accepting congratulatory messages from all around. What is there to celebrate in all this? That our Senators are pliable to defection, in the right set of circumstances? That Mr. Sanjrani now presides over a house that has no real political philosophy or allegiance?

Because those who defected were wither bought, or intimidated; either way, they are entirely unfit to grace the highest legislative body in our land. If anything, maybe we should celebrate this episode as a final nail in the coffin of this deprecated system of governance that has rotted our collective faith in parliamentary democracy over the past many years.

Can democracy function ‘better’, in Pakistan, if certain structural changes were enacted into our Constitution and the law? If so, what are those changes, and in what manner should they be enacted?

Let us call the truth as it is: the current dispensation of governance, embodied in our constitutional system of parliamentary democracy, just isn’t working. As an example, floor of the Punjab Assembly, over the past many years, has been an exposé of sit-ins and walk-outs, punctuated with bouts of abusive name-calling.

During the PML(N) government years, PTI members barely allowed any legislative work to be done and preferred long sit-ins outside the steps of the Parliament. Over the past year of PTI’s government, PML(N) has effectively blocked all activity in the assembly, focusing exclusively on production orders and press-talks, aimed solely at attempting to politically exonerate Hamza Shehbaz and his family.

In Sindh, the matter is even graver. The Speaker, himself under arrest, has been called on production orders and allowed to preside over the parliamentary sessions. Episodes of verbal abuse and physical threats are part of the customary proceedings. Making matters worse, the Chief Minister, who should be advocating the legislative agenda of his government, has used his speeches in the Assembly to justify Zardari’s personal wealth and the honest(!) business practices of Omni Group.

All the while, children continue to die of hunger in Thar, lawlessness is rampant throughout rural parts of the province, HIV virus is destroying innocent lives, and a few days of rain have turned the streets of Karachi into disease-infested garbage dump. But none of that has jolted the parliamentary system of Sindh into action. And why should it? Bilawal house hasn’t been flooded.

National Assembly, the epicenter of parliamentary political drama, depicts the grimmest of pictures. Over the past three years, ever since Panama Leaks, National Assembly proceedings have been entirely consumed in defending the personal wealth of select fiefdoms. First it was Nawaz Sharif and his “yeh hain woh assasey”. Then it was Khawaja Asif and his ‘sharam haya’ tirades. Then Fawad Chaudhry and his punchy responses.

Then the politics of production orders, allowing Shehbaz Sharif, Asif Zardari, Saad Rafique and others to present their political defense to legal. No legislation of any real public interest was debated or passed during this time (with the exception of Election Act, 2017… the motivation for which is now all too familiar). Importantly, during this time, the National Assembly has consumed billions of Rupees (more than fifteen billion according to most estimates), with nothing material to show for it.

They require vociferous arguments from all stakeholders – most of all from the people at large, who are the final custodians of our Constitution.

Truth be told, it is not the ‘parliamentary form of government’ that is at fault. Because this system of governance seems to be working just fine for many other countries. The problem, in all honesty, is the people who occupy this system, and the manner in which we elect them. But in a system where individuals are more powerful than the political parties they lead, a fundamental shift in the culture of our electoral system sounds like a pipe-dream.

So what should we do? Should we wait a few decades on the faint promise that our parliament will one day turn its focus away from defending personal fiefdoms, and instead focus on collective welfare? Or should we, instead, think of restructuring our system of governance, so as to envision a more functional and result-oriented constitutional framework? Can democracy function ‘better’, in Pakistan, if certain structural changes were enacted into our Constitution and the law? If so, what are those changes, and in what manner should they be enacted?

These are serious questions that require national debate. They require vociferous arguments from all stakeholders – most of all from the people at large, who are the final custodians of our Constitution. There is no reason to remain pedantic in our approach to the existing constitutional framework. This is a time for imagining a better society, in a new constitutional paradigm, so as to better deliver the promise of democracy to our people.

Saad Rasool is a lawyer based in Lahore. He has an LL.M. in Constitutional Law from Harvard Law School. He can be reached at saad@post.harvard.edu, or Twitter: @Ch_SaadRasool. This article was originally appeared at The Nation and has been republished with author’s permission. The views expressed in this article are author’s own and do not necessarily reflect the editorial policy of Global Village Space.

Previous articleMockery of Democracy: Indians Criticize Revocation of Article 370
Next articlePresident Trump condemns back-to-back mass shootings in the US and calls for background checks

24 July 2021
Previous articleMockery of Democracy: Indians Criticize Revocation of Article 370
Next articlePresident Trump condemns back-to-back mass shootings in the US and calls for background checks

Zardari’s Interview taken down: Can he even appear on National TV?

Maulana’s Shrewdness Failing Him: Doors Closing Fast For Him

Maryam Nawaz dissociates herself from the judge’s video scandal: FIA