Xenophobia emerged the day Coronavirus was dubbed as China virus as it originated from Wuhan. People started distancing from Chinese to save themselves from Covid-19. What repercussions this hatred against the Chinese will generate? Will the world impose the same guilt clause on Chinese which they had imposed on Germans after World War I? 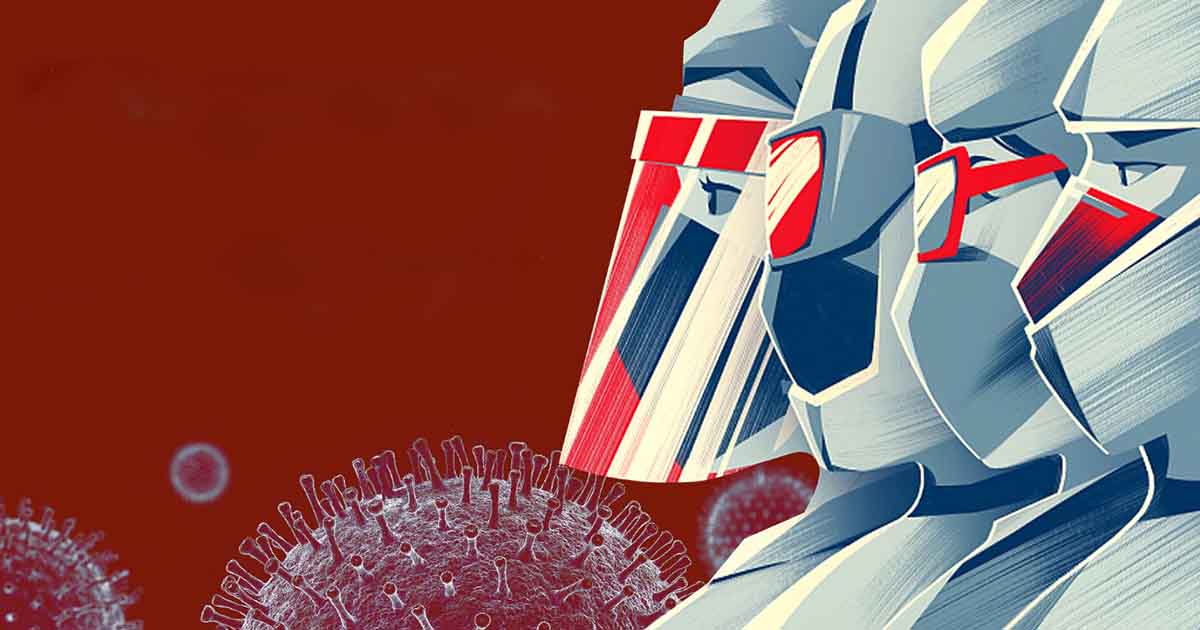 Amid Covid-19, another pandemic xenophobia has also enveloped the world. As per reported incidents so far, racism is surging at an exponential rate across the globe. Stigmatization of Chinese people in the wake of Covid-19 has become the new norm; they are considered solely responsible for the physical and mental afflictions resulting from the pandemic. Furthermore, this discrimination and antipathy is not only restricted to the Chinese but also people of South-East Asia having an appearance or facial resemblance with the Chinese.

Admittedly, disease inculcates fear in human minds which in turn fosters discrimination. This has been happening in history whenever there was an outbreak of any pandemic. The chronological account of the world shows that during the 1853 yellow–fever epidemic in America, European immigrants were perceived to be more vulnerable to the disease and were subsequently targets of stigmatization.

During the SARS outbreak, which originated in China, East Asians bore the brunt. The EBOLA outbreak of 2014, led to Africans being targeted. The impact of classification was stated most aptly by Dr Tedros Adhanom, Director-General of WHO, who remarked in his press talk, “Stigma is more dangerous than virus itself”.

What’s more alarming is that in Singapore, an online petition urging the government to ban Chinese nationals and travelers from China from entering the island country was signed by 125,000 people

For this reason, the World Health Organization, which is keenly overseeing the global response to the coronavirus outbreak, opted against denoting a geographic location when officially naming the new virus, as it did with Ebola (named after the river in Congo, where it was first detected) and the Middles East Respiratory syndrome popularly known as MERS.

However, we find newspapers replete with news of ballooning xenophobia and racial discrimination in the wake of the outbreak. Surprisingly, even the country where the virus originated is not immune to this social epidemic. According to World Journal, there have been countless instances of Wuhan natives in other provinces being turned away from hotels, having their ID numbers, home addresses and telephone numbers deliberately leaked online or dealing with harassing phone calls from strangers.

Some places also reportedly had signs saying “people from Wuhan and cars from Hubei are not welcomed here.” On 29 March, The Guardian reported that Western and African expatriates in China were reporting enhanced racial hostility and discrimination in response to a shift of Covid-19 cases from local to imported ones.

It claims that media in China have published articles entitled as “Beware of a second outbreak started by foreign garbage”, and incidents of foreigners being barred from restaurants, shops, gyms and hotels, subject to further screening, and verbal attacks and exclusion are mounting in China day in day out.

Moreover, people of Hong Kong have also started displaying their antipathy for the people of Mainland China. Restaurants in Hong Kong are now demanding customers to produce Identity card of Hong Kong to prove that they are not from the mainland. Tenno Ramen, a Japanese noodle restaurant in Hung Hom, refused to serve mainland Chinese customers.

The restaurant said on Facebook, “We want to live longer. We want to safeguard local customers. Please excuse us”. Indians too are evincing unjustified bias and prejudice towards Chinese people. An Indian Islamic cleric Ilyas Sharfuddin said in an audio address that the coronavirus outbreak was a “punishment of Allah on China for mistreating Uighur Muslims”.

In America, there have been reports of over 1000 xenophobia and racism cases against Asian Americans between 28 January and 24 February 2020, which was during the first COVID-19 cases that were reported in the United States

Apart from this, in Israel, more than 1,000 South Korean tourists were instructed to avoid public places and remain in isolation in their hotels. The Israeli military announced its intention to quarantine some 200 South Korean nationals to a military base. Many of the remaining South Koreans were rejected by hotels and were forced to spend nights at Ben Gaurian Airport. An Israeli newspaper subsequently published a Korean complaint that “Israel is Treating (Korean and other Asian) Tourists like Coronavirus”.

In Japan also, the situation is no more different for Chinese, the hashtag #ChineseDontComeToJapan had been trending on Twitter; furthermore, on Twitter, Japanese people have called Chinese tourists “dirty”, “insensitive”, and “bioterrorists”.

According to an IPSOS MORI poll, 28% of Japanese respondents said they would consider avoiding people of Chinese origin in the future to protect themselves from coronavirus. What’s more alarming is that in Singapore, an online petition urging the government to ban Chinese nationals and travelers from China from entering the island country was signed by 125,000 people.

Even in England, on 12 February 2020, Sky News reported that some Chinese people in the United Kingdom said they were facing increasing levels of racist abuse; Chinese businesses in the United Kingdom, including the busy Chinese Takeaway segment and businesses in China Town, London recorded significantly reduced customers in the aftermath of the coronavirus outbreak compared to usual elevated sales related to Chinese New year celebrations, due to fears of coronavirus spreading through food or unhygienic working practices.

In America, there have been reports of over 1000 xenophobia and racism cases against Asian Americans between 28 January and 24 February 2020, which was during the first COVID-19 cases that were reported in the United States. Media critique organization “FAIR” has documented instances of anti-Asian racism on the street, and states that many US (as well as UK) media outlets capitalize on Sinophobia and “Orientalist tropes” that the Chinese are inherently sneaky and untrustworthy, and are ruled by an incompetent, authoritarian government that is the ‘sick man of Asia'”.

Moreover, Trump’s frequent references to the coronavirus as the “Chinese virus” has been criticized as anti-Chinese and racist, as well as diversionary. Scott Kennedy, an expert at the center for strategic and international studies, said that Trump’s use of the phrase fueled a narrative relating not only to the Chinese Communist Party “but of China and Chinese people in general” and was “xenophobic and tinged with racist overtones,” especially given Trump administration’s past statements and actions.

To conclude, let us hope that the world will soon surmount the ongoing pandemic. It is imperative however that xenophobia launched particularly against Chinese people and generally against the people of South-East Asian descent, if not inhibited earnestly, would continue to haunt the generations to come and thereby jeopardize world peace.

Abdul Rasool Syed is a Legal Practitioner & columnist based in Quetta. The views expressed in this article are the author’s own and do not necessarily reflect the editorial policy of Global Village Space.