Buried somewhere in Sharat Katariya’s Sui Dhaaga is a brilliant social drama about a couple striving for greatness despite coming from humble beginnings, sadly the 2018 film isn’t quite that. While the Yash Raj Film is a departure from the company’s usual feel-good romcoms, it is also not as grounded as one would have hoped for and the result is a film that’s poorly crafted but easily has the potential to be something pretty spectacular.

Starring Anushka Sharma and Varun Dhawan in lead roles, the two-hour-long film focuses on Mauji (Dhawan) a broke young man who lives with his wife and parents and is leading a pretty unremarkable life. Treated badly at work and living a banal life, Mauji seems to have nothing going for him.

But with the support of his loving wife Mamta (Anushka Sharma) he decides to journey into the unknown by self-employing himself and becoming a full-time tailor, something that does not sit well with his family. The rest is fairly unimaginative and the film is predictable to a fault.

To the film’s credit, the acting is superb. Dhawan’s portrayal of Mauji was a joy to see, with the actor capturing the inherent innocence of his character as well as all the anguish he feels for how his life is going.

Anushka Sharma is similarly effective as Mamta, a dedicated housewife with a big heart who is the emotional core of this movie. Any lesser actress would have made Mamta’s role too forgettable but Sharma pretty much steals the show in a role that isn’t too strong.

Raghubir Yadav who plays Mauji’s father is fantastic as the overbearing father who refuses to let his son follow his own path. Yamni Das who plays Mauji’s mother is also quite terrific as a mother who is so used to working; she can’t seem to forego it even when her health is failing. Simply stated, this is one wonderfully cast film.

Thus, it is quite sad that beyond strong acting Sui Dhaga doesn’t have a lot to offer the viewer in terms of story. Anyone who sees the first forty minutes of the movie can predict the outcome.

The film is also badly written and often the cringe-worthy lines and characters make the film too unrealistic and over the top. Coupled that with the fact that Sui Dhaga’s rags to riches story are filled with clichés, and we have a film that has a strong cast and premise but not much else.

There are instances where the film is wonderfully nuanced, like Mauji and Mamta’s relationship, or lack thereof, despite being married for a few years but overall the film is lazily handled and is content with using the most basic of plot devices to further the development of its characters. 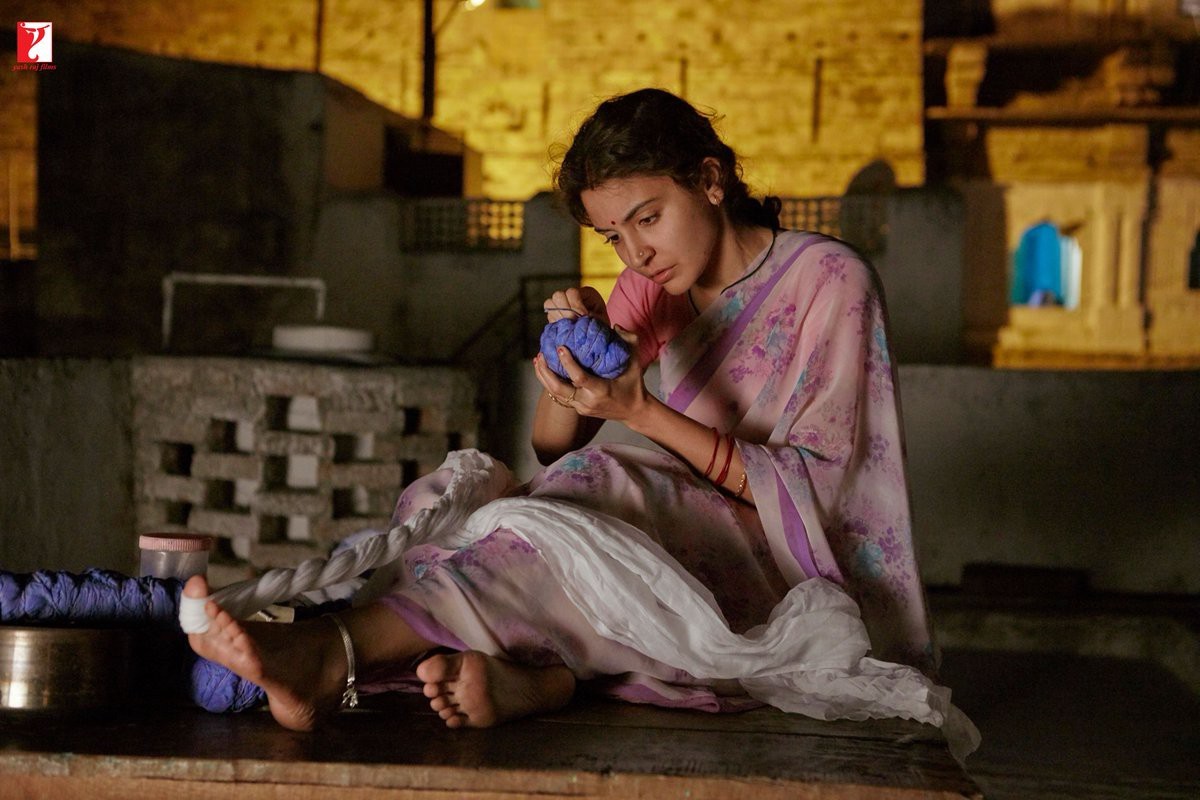 All this hinders Sui Dhaaga from being the earnest, heartwarming story of a committed couple from also being a deftly handed film that focused on the society at the grassroots level. Instead what we have is a simple, mild-mannered but sweet film. In the moments when it shines the brightest, Sui Dhaaga is heart-wrenchingly touching in its portrayal of a town and its citizens who lead simple lives but want to better themselves.

The film (and its character’s) endearing optimism makes Sui Dhaaga quite delightful. Often a rag to riches story feels too out there for one to truly immerse ourselves into the world of the characters, thankfully that’s not the case here. Despite how obvious the movie is, there is beauty in its simplicity and traditional structure but that is also one of the biggest flaws in Sui Dhaaga.

It’s pertinent to mention the director Sharat Katariya directs a film with decidedly mixed results. Although he is excellent at getting the best out of his actors, the way he handles this by the numbers, the story is a shame. The fact that the movie’s progression feels so generic could have been avoided with smarter storytelling.

But apart from that Sui Dhaaga is pretty darn good. Full of emotion and heart, this drama about a poor young man and his wife who is his secret weapon, is everything you would want out of a touching story of a man who dares to dream.

After Padmaavat, Deepika Padukone Likely to Star in Remake of Sridevi’s Superhit Film

The legends of Maula Jatt: Trailer leaves Twitter in awe