About 3,000 Taliban fighters have been freed by the Afghan government, as part of a peace deal signed with the US. This could either be dangerous despite their agreement not to pick up arms again, or it could be a move towards intra-Afghan talks. Is this the beginning of the end for the two-decade long war in Afghanistan? 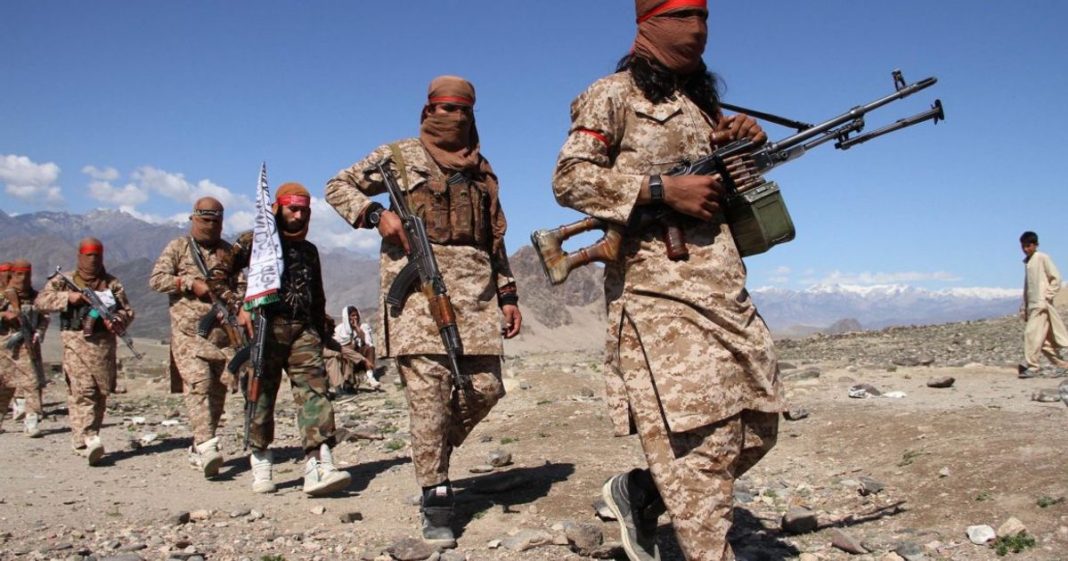 Afghan authorities are opening prison doors for thousands of Taliban inmates in a high-risk gambit to ensure the insurgent group begins peace talks with Kabul.

Security concerns are mounting as several of the newly liberated fighters say they are ready to resume their holy war.

Taliban fighters freed: want US troops out of Afghanistan

“If the Americans do not pull out, we will continue our jihad, because they have killed many Afghans in their operations,” said Mohamed Daud, who was freed from Bagram jail north of Kabul last month.

“We do not want foreign forces in our country anymore,” he told AFP, dressed in a traditional shalwar kameez, before taking a taxi back to his village with a cash handout from authorities worth $65.

US forces arrested Daud, 28, in the northwest province of Faryab nine years ago.

The US and Taliban signed a landmark deal in February.

The US and the Taliban signed a deal that paves the way for American and foreign forces to leave Afghanistan. Part of the accord requires the Afghan government to release 5,000 Taliban prisoners, and the insurgents to release 1,000 from the government side.

Afghan authorities accelerated the planned release of 5,000 Taliban prisoners, including Daud, as a “goodwill gesture” after the insurgents called a three-day ceasefire to mark the Eid holiday.

A security official said those flagged by the Taliban for release include aspiring suicide bombers, suicide vest makers, kidnappers and even foreign fighters.

The move is part of a larger prisoner swap agreed as a precursor to the start of peace talks.

Taliban fighters freed, but not to pick up arms again

Before their release, inmates were required to sign a pledge that they would not pick up arms again. It is increasingly clear such commitments mean little.

A Taliban commander in Pakistan told AFP there should be “no ambiguity” that the released men will eventually be deployed to Afghanistan’s front lines.

“It’s an ongoing jihad, and will continue until and unless we reach some sort of agreement with the Kabul government,” he said.

A Taliban spokesman who represents insurgent fighting forces did not respond to a request for comment, but the group’s political spokesman Suhail Shaheen rejected claims prisoners would rejoin the fight, saying the Taliban had enough “active and reserve forces”.

“We do not need any manpower in the battlefield, because we are entering the intra-Afghan negotiations,” Shaheen said.

Taliban to participate in intra-Afghan talks

Several freed insurgents say they remain angry at US troops, but under a US-Taliban deal signed in February, the insurgents committed to stop attacking American and foreign forces as they withdraw from the country by next year.

The immediate enemy is instead the struggling Afghan National Defence and Security Forces (ANDSF), with whom no such pledge has been made.

The roadmap for a new Afghan National Army was laid out in December 2002 by erstwhile President Hamid Karzai. But it was only post 2004 that NATO and its allies set about the task of rebuilding ANDSF by taking it under their tutelage and putting it through a structured approach of training and equipping. It slowly and in a phased manner mentored it to undertake operations.

A key concession Washington extracted from the Taliban during negotiations was the requirement to begin peace talks with Kabul.

On Monday, the Afghan Foreign Ministry hailed the appointment of Mohammad Sadiq Khan, who had served as Pakistan’s ambassador to Afghanistan from 2008 to 2014, as special envoy for Afghanistan.

The United States Afghan peace envoy and Pakistan’s army chief have held talks to discuss the commencement of a peace process between the Afghan government and the Taliban, according to a statement, as violence has recommenced after a brief ceasefire was announced two weeks ago.

Since the swap started, Afghan authorities have freed 3,000 Taliban inmates while the insurgents have released more than 750 government prisoners, officials said.

It could represent a boost of up to 10 percent for the Taliban, with estimates on the number of insurgents ranging between 50,000 and 100,000.

Afghan security officials said the US did not consult them before Washington and the Taliban finalised the prisoner swap.

More than the fighters, “those that worry us are the brains”, a senior security official said, adding that one of the freed Taliban inmates had already joined the insurgents’ military squad while another had committed a murder.

The Taliban heralded the US deal as proof they had defeated America in its longest war, and the bluster has only grown in recent months.

“Politics and negotiations should not be taken to mean that we will neglect jihadi affairs and the strengthening and development of our jihadi military force,” Taliban deputy leader Sirajuddin Haqqani said in a recent broadcast.

Read more: First US airstrike against Taliban after ceasefire

The Taliban now find themselves in a win-win situation — even if peace talks with Kabul fail.

With its key donor calling the shots, the Afghan government had no choice but to yield to Washington’s demand to proceed with the exchange.

Still, some observers hold out hope for successful peace talks that would bring an end to Afghanistan’s 19-year-old war.

“These talks hold a better hope for a lasting ceasefire than any other current approach,” said Andrew Watkins, an analyst with International Crisis Group.

“Swift initiation of talks is the best way to eliminate that threat.”

No start date has been set for the talks.