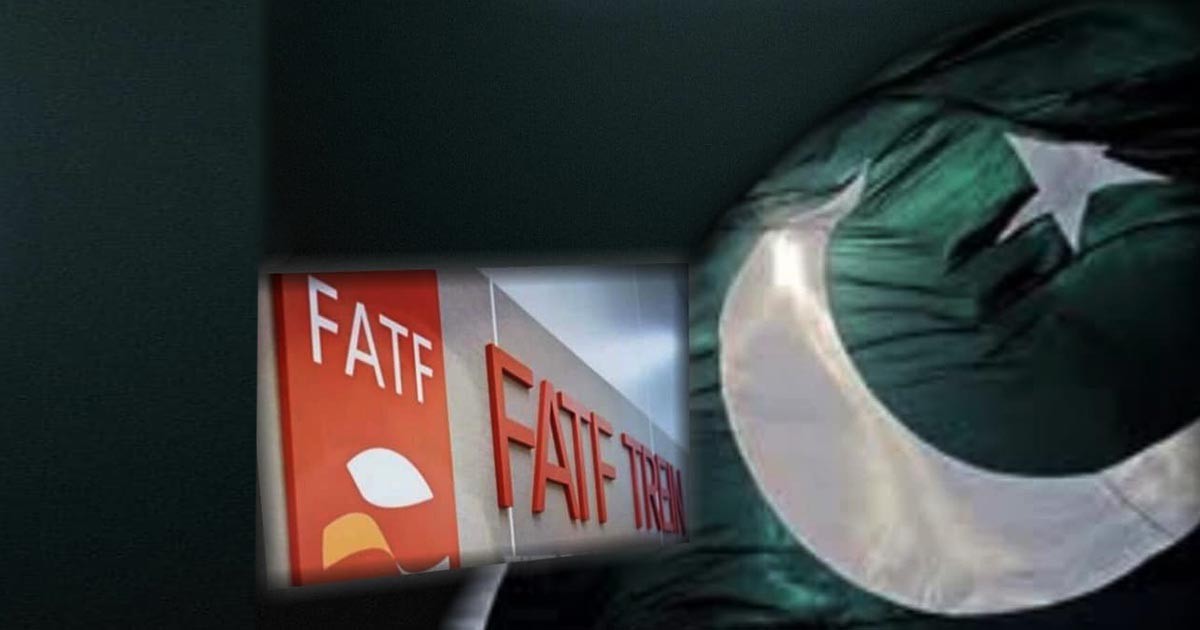 The Financial Action Task Force (FATF) is undertaking three separate evaluations of Pakistan in order to determine whether it can exit the grey list by mid-October. FATF’s Asia Pacific Group is conducting a five-year evaluation of Pakistan’s progress on commitments related to financial and insurance services.

Speaking to a prominent private news platform, an unnamed official of the government revealed that the Asia Pacific Group, a regional partner of the FATF, is presently conducting a five year evaluation of Pakistan’s breakthrough in upgrading its systems to manage financial sectors and insurance services in Canberra, Australia.

Marker 3: FATF. Pakistan is likely to limit sub-conventional uses of force until Oct. FATF meeting. After that, all bets could be off. 4/n

This ongoing review is not directly associated with Pakistan’s progress on its highest priority commitments with the FATF with regards to curbing terror financing and money laundering. However, this report is likely to make a significant indirect influence on the possibility of Pakistan’s exit from the FATF grey list.

The regional Affiliate of FATF —The Asia Pacific Group—meeting in Australia is reviving the level of compliance of Pakistan’s financial institutions against anti-money laundering criteria set by the FATF.

Pakistan will conclude presenting its assessments on 23rd August, which are being presented by State Bank of Pakistan Governor, Baqir Reza.

Pakistan has provided the Asia Pacific Group (APG) with a compliance report on the 27-point action plan it entered with the FATF, and the APG is reviewing the compliance on around seven spheres, mostly linked with financial services and insurance facilities, alongside a five-year review cycle.

The APG will also review the precautions taken to curb money laundering and terror financing conducted by proscribed organizations, and non-government bodies through the channels of banking and non-banking jurisdictions, corporate and non-corporate sectors, capital markets, jewelers, and other similar services.

The senior government official noted that the five-year review of the Asia Pacific Group, which has been ongoing for around two years, will come to an end on 23rd August. At this point, Pakistan will be presented with future targets of innovating its technologies and practices, and embracing modern techniques.

Another round of mutual evaluations conducted by the Asia Pacific Group in Bangkok, Thailand will begin on 5th September, and this round will form the foundation of Pakistan’s final review conducted by the FATF. The meetings of the working group and plenary will be conducted on October 13-18 in Paris, France.

The Paris plenary will also undertake a separate review, led by the United States Treasury Department, to examine Pakistan’s compliance with the global standards of curbing terror financing and money laundering. These three separate evaluations will determine the possibility of Pakistan exiting the FATF grey list by October.

The unnamed government official noted that the United States has adopted a supportive stance towards Islamabad in recent months, following the high-level political engagements and Pakistan’s support to the Afghan reconciliation process. He stated that the key stakeholders are being assisted by five consultants of the US administration, the World Bank, and other international agencies.

The Pakistani stakeholders include the Federal Board of Revenue (FBR), the State Bank of Pakistan (SBP), the National Counter-Terrorism Authority (NACTA), and the Securities and Exchange Commission of Pakistan (SECP), tasked with the responsibility to present reports and undertake action that is in-line with the international standards and FATF directives.

The Kashmir situation will determine which way things go as India is presiding on the Asia Pacific Group (APG) and FATF is also a geo-political tool primarily.

During recent visit of a US delegation, led by Ambassador Alice G. Wells, the Acting Assistant Secretary of the US for the Bureau of South and Central Asian Affairs, had also counseled Pakistan to exhibit concrete actions taken to curb the activities of proscribed outfits and their leaders, in order to gain more support from other countries in orchestrating an exit from the FATF grey list.

The unnamed official noted that during the course of one year, Pakistan has made substantial progress in moving away from the FATF grey list. The Standing Committee on Finance in the National Assembly has passed two instrumental bills focused on changes in the anti-money laundering regulations and Foreign Exchange Regulations, however, the United States, FATF and the Asia-Pacific Group expected that Pakistan will succeed in finalizing these drafts as laws, passed by the parliament, to be submitted before the plenary scheduled for 13-18th October.

Speaking to Global Village Space, Jan Achakzai, senior political analyst and Chairman of the Center for Geopolitics and Balochistan, observed that the ongoing review of the Asia Pacific Group will have a detrimental impact on the FATF meeting in Paris, scheduled in October.

Jan Achakzai stated, “The regional Affiliate of FATF —The Asia Pacific Group—meeting in Australia is reviving the level of compliance of Pakistan’s financial institutions against anti-money laundering criteria set by the FATF. Its assessment will likely have an impact on October 18 meeting of FATF in Paris.”

The Baloch analyst added, “The negative report of APG will have adverse ramifications for the country. It is a nightmare scenario to conceive a situation where possible withdrawal of FATF certification for our banking sector as Anti-money laundering and Anti-terror financing measures, at the UN, may deprive Pakistan of remittances through official channels.”

Jan Achakzai continued, “Pakistan might lose US export market and G plus status in the European Union, hence its market access, depriving of highest two trading partners; Iran-like sanctions would have imposed on Pakistan with barter economy affecting its imports as well.”

The Chairman for the Center for Geopolitics and Balochistan observed that the PTI-led federal government has done “substantial” work on the 40 recommendations put forward by the FATF. Achakzai noted, “But we have come far away from such as nightmarish scenario painted above. So far the government has substantially worked on the 40 recommendations list of FATF. It is hoped that on the basis of Pakistan’s continued efforts we might see delisting of the country from the grey-listing in October.”

He concluded, “However, the Kashmir situation will determine which way things go as India is presiding on the Asia Pacific Group (APG) and FATF is also a geo-political tool primarily.”

Previous articleModi 2.0 and India’s regressive reverse metamorphosis
Next articleNo president has helped Israel more than I have, says Trump

21 September 2021
Previous articleModi 2.0 and India’s regressive reverse metamorphosis
Next articleNo president has helped Israel more than I have, says Trump

We must welcome and listen respectfully & understand John Kerry but we must not be afraid of...