China unlikely to rejoin nuclear talks with US: Russia

Washington has been insisting on including China in discussions of New START and the INF Treaty it ditched last year. Russia, however, is not convinced that China will join, and fears that the United States' insistence on including China could hamper Russia-US talks. 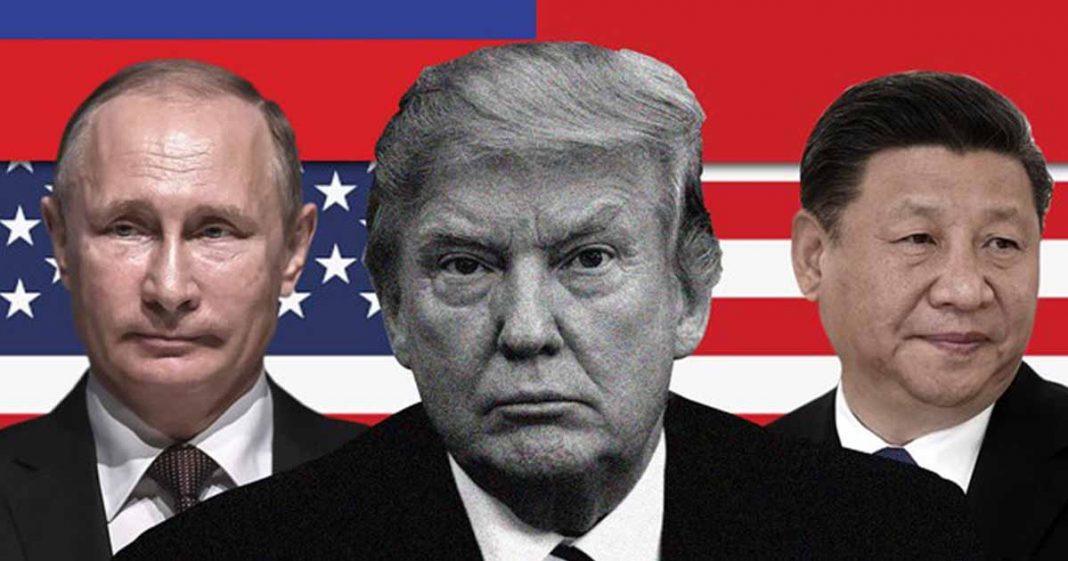 Ryabkov pointed out that he made that clear to US special envoy for arms control Marshall Billingslea as the two met in Vienna on Monday for negotiations on prolonging the New START Treaty, which expires in February.

Russia says China unlikely to rejoin nuclear talks with the US

“We quite thoroughly explained to them why counting on China joining [the negotiations] is unrealistic,” Ryabkov said, noting that Moscow will not pressure Beijing the way Washington wants it to as it respects China’s decision.

Russia called Tuesday on the United States to make a “positive” proposal as the powers open talks on a new START (a major disarmament treaty), warning that US insistence on including China could scuttle efforts.

Bilateral dialogue between Russia and the US is “the optimal and, possibly, the only way forward at this stage” to preserve the landmark deal, which limits the number of nuclear launchers operated by the two countries, the deputy FM said.

However, he acknowledged that his efforts weren’t enough to make the US abandon its idea of including China in the process.

Washington has been insisting on including China in discussions of New START and the INF Treaty it ditched last year.

The Trump administration had invited Beijing’s representatives to Vienna, but China responded that it had “no intention” of getting involved in trilateral talks.

Ryabkov indicated that Russia did not oppose the US invitation to China — an international ally of Moscow despite a complicated historical relationship — but doubted Beijing would agree.

“My answer to a direct question on whether or not we think it would be possible to bring China to the table would be a flat and straightforward no,” Ryabkov said.

Foreign ministry spokeswoman Hua Chunying said China had “no intention of participating” in the talks and accused the United States of trying to “deflect responsibilities to others.”

In an apparent attempt to shame Beijing, the American delegation made a staged photo before the beginning of the summit in the Austrian capital, which featured Chinese flags in front of empty seats in the conference room.

Read more: Nuclear Technology: China hits back at the US and condemns its policies

Billingslea than posted this image on his Twitter page, saying that “China is a no-show” and accusing it of “hiding behind #GreatWallofSecrecy on its crash nuclear build-up, and so many other things.”

Vienna talks about to start. China is a no-show. Beijing still hiding behind #GreatWallofSecrecy on its crash nuclear build-up, and so many other things. We will proceed with #Russia, notwithstanding. pic.twitter.com/EjDxXNmblv

To which prominent Chinese journalist Chen Weihua responded that “China has 300 nukes in contrast to 6,000 by the US and Russia. So unless you agree to come down to 300 or even 500, you’re not making sense.”

Talks between the US and Russia successful

Despite the disagreement on China and other issues, Ryabkov described the talks as “positive” and welcomed the US’ willingness to intensify work on the New START Treaty in the coming weeks and months.

The meeting in Vienna saw the dialogue on nuclear non-proliferation between Moscow and Washington resuming after a year-and-a-half-long hiatus, which among other things saw Trump unilaterally withdrawing from the Intermediate-range Nuclear Forces Treaty (INF).

Read more: US, Russia in an exercise in futility as talks start

Billingslea also praised the negotiations and said that the US wanted to broaden its main nuclear arms control treaty with Russia to include “all nuclear weapons, not just so-called strategic nuclear weapons.”

The sides have launched “multiple” technical working groups of experts to figure out the details, with Ryabkov and Billingslea expected to meet again some time in late July or early August.

Iran Guard warns Netanyahu will be ‘forced into the sea’