Economist and renowned political analyst explains the dynamics of “Information Warfare” and grapples with the contours of 5th Generation Warfare against Pakistan.

GVS sat down with Dr. Farrukh Saleem to understand what he means by fifth generation warfare and why Pakistanis need to understand it.

GVS: You have been talking about Pakistan being in the midst of fifth-generation warfare. Can you explain what you mean by this? 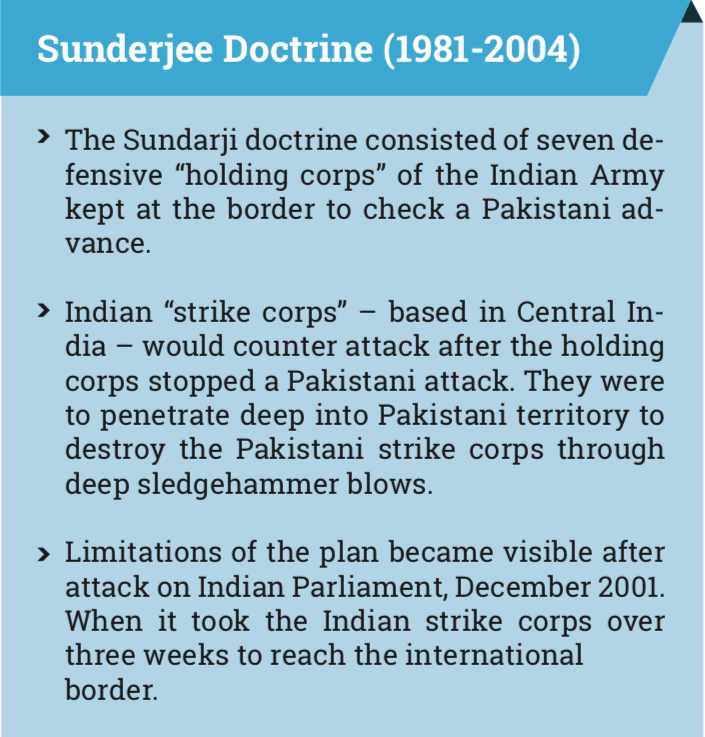 Both Cold Start and operation Sunderji Doctrine have been displaced. My presumption is that the architects of those doctrines came up with new weapons, ones that do not involve missiles, tanks or artillery. The design was to bring down the Pakistani economy such that the country does not have sufficient resources to be diverted to the defense sector.

Read more: Inside the Perpetual Battlefield of Information warfare

GVS: What evidence do you find to substantiate the economic warfare argument?

Farrukh Saleem: If you look at Pakistan’s economy, there have been some historical landmarks. For instance, Pakistan has never imported goods and services worth 52 billion dollars in the past seventy years.

In the financial year, 2016-17, the trade deficit (exports minus imports), for instance, was thirty-two billion dollars, which has also never happened in the past seventy years of Pakistan’s financial history. So some of these items that have never happened before are all of a sudden coming out. 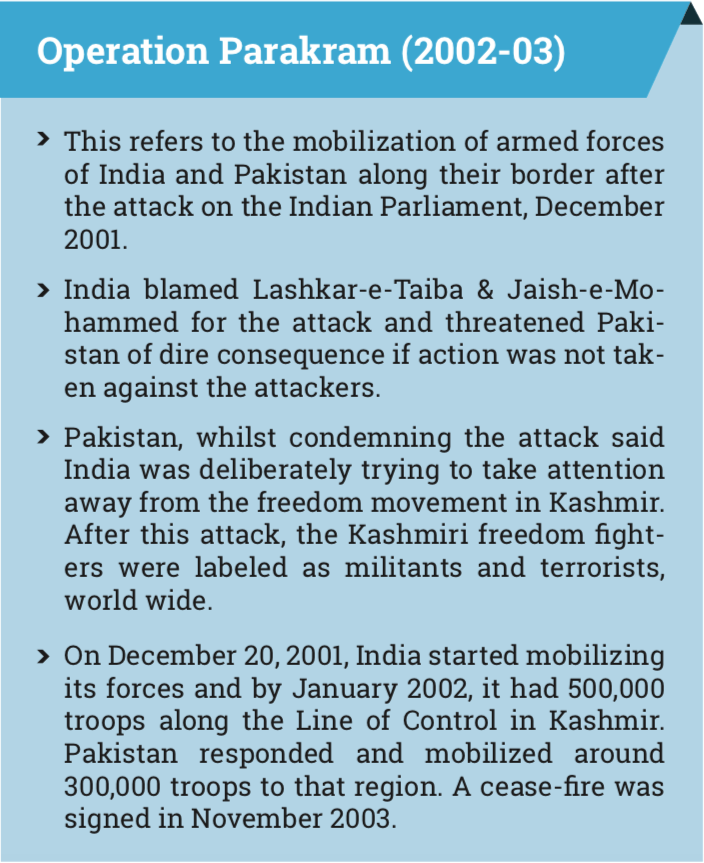 In addition, debt is being used as a weapon of war. The way Pakistan is accumulating debt; I mean if you go back not too far away, to 1971 the entire national debt was only 30 billion Pakistani Rupees ($6bn). In the past forty-six years, it’s gone from thirty billion to twenty-five thousand billion Rupees.

And over the past eight to ten years you see a distinct pattern whereby the accumulation of debt has really speeded up. The use of trade deficit or using debt as weapons of war, you get a window that looks into what the fifth generation war will be.

GVS: You started off by saying that India has had these various warfare strategies against Pakistan and you’ve ended up by saying we’ve got very lax import policy and we have a huge amount of debt. India can’t make us have a lax import policy or a huge debt? That’s something we have to do ourselves as a country. Are you suggesting there are local participants in the bigger Indian objective?

Farrukh Saleem: The fifth-generation war cannot be fought without having penetrated the internal economic infrastructure of a country. It’s not just restricted to India; there could be other forces at play as well.

GVS: Do you have in mind certain foreign countries that you think might be involved in this?

Farrukh Saleem: There are other countries that have used their economy as a weapon in the past. The US, for instance, used it against Russia. The Soviet Union at a point in time had more than seven thousand nuclear weapons, but its economy was brought down and then the country was split into fifteen different Republics. 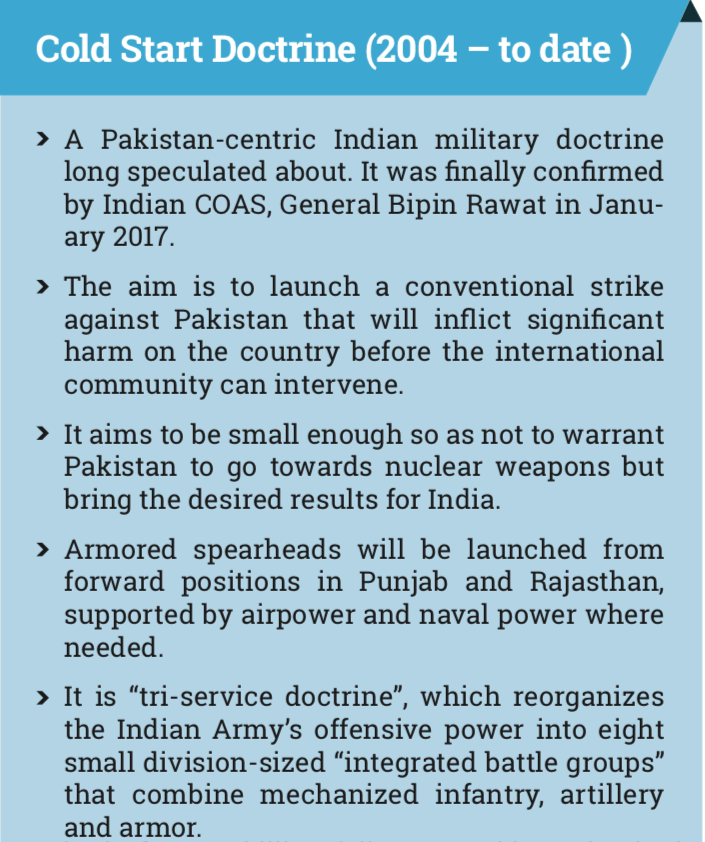 The US has also used its economy as a weapon, although unsuccessfully, against Iran, North Korea and against Cuba at one point in time as well. So, there is a certain pattern. There are other countries that have used their economy as a weapon against their adversaries.

GVS: Are you supporting the economic hit man view, which a lot of politicians in the recent months, have started talking about? Is that the direction you’re going towards?

Farrukh Saleem: Yes, I think this book came out in the early 2000s and John Perkins himself was used as a tool to achieve the objective. Then, later on, he documented all of his, shall I say, flaws, that he allowed himself to become a tool. So, there is certain documentation to that effect. 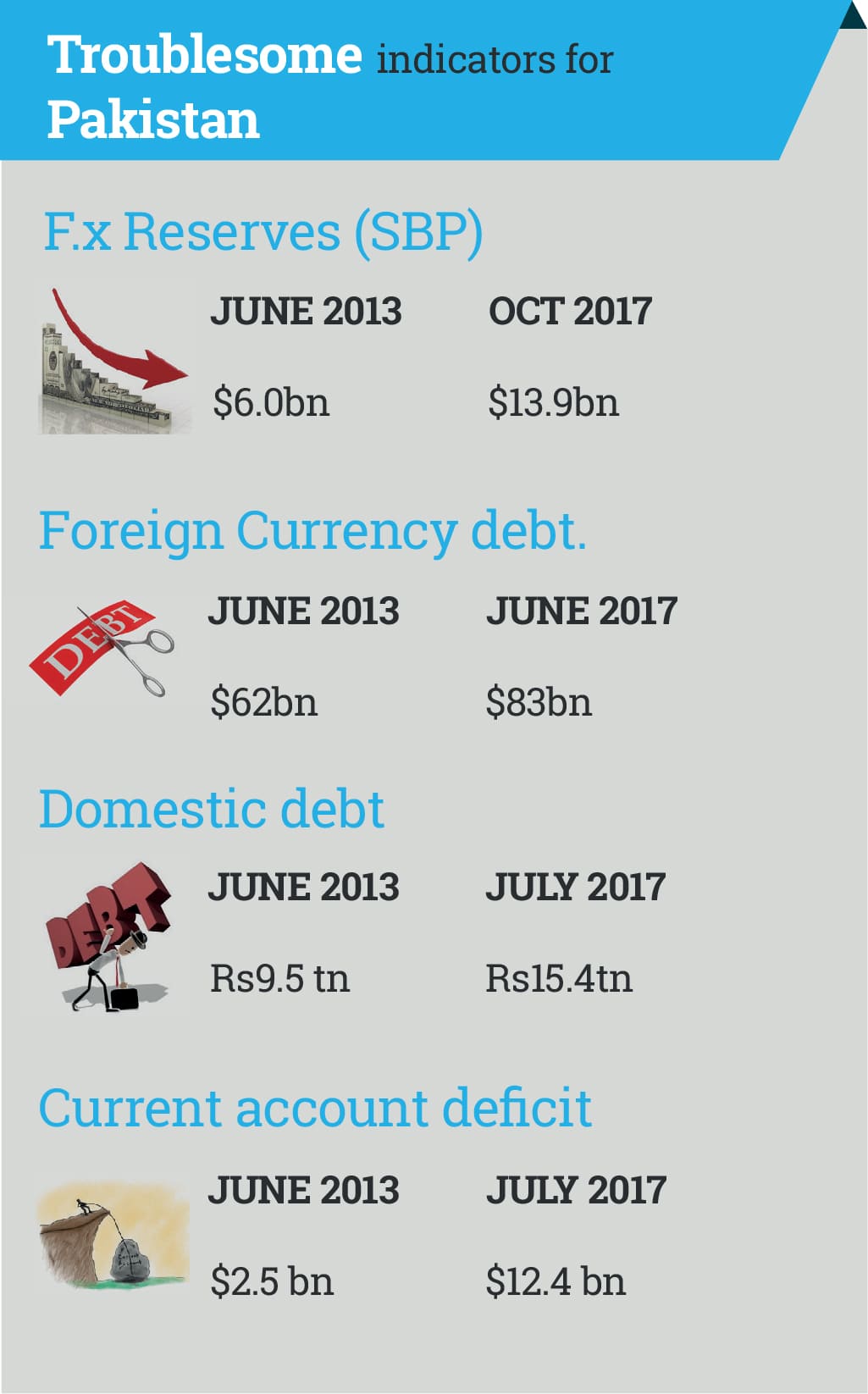 GVS: What percentage would you put on that probability of us going to the IMF and do you see it happening before or after the general election?

Farrukh Saleem: Mathematically if we look at the sum of imports in the month of August or September, we imported goods or services worth about five and a half billion dollars and looking at the accumulated foreign exchange reserve with the next three to four months the probability that we would need another rescue package would be very high.

Read more: Pakistan in midst of a fourth generation war?

GVS: What do you think the government has as its concerns?

Farrukh Saleem: Decision-makers or decision making at the federal level at least is focused on self-survival techniques rather than focused on Pakistan’s economy. We had a finance minister who’s been indicted. There is now no one in Islamabad to focus on how to reduce the import bill, how to escalate our exports or how to focus on reducing the current account deficit.

Dr. Farrukh Saleem. is currently an Anchor on channel 92, a columnist for the English newspaper, the News. He is a game theorist by training and has a Ph.D. from the Western Illinois University. Farrukh Saleem has worked extensively for international donor agencies as well as leading a research project on politics and education at the Center for Research and Security Studies (CRSS). He has extensively published articles on geopolitics, economic competition, and education reforms.