WHO worried about global healthcare as lockdowns eased

The WHO has sounded the alarm for healthcare systems worldwide as countries across the globe ease lockdowns and restart economic activity. Meanwhile, the WHO has also indicated the a new Ebola outbreak is highly likely. 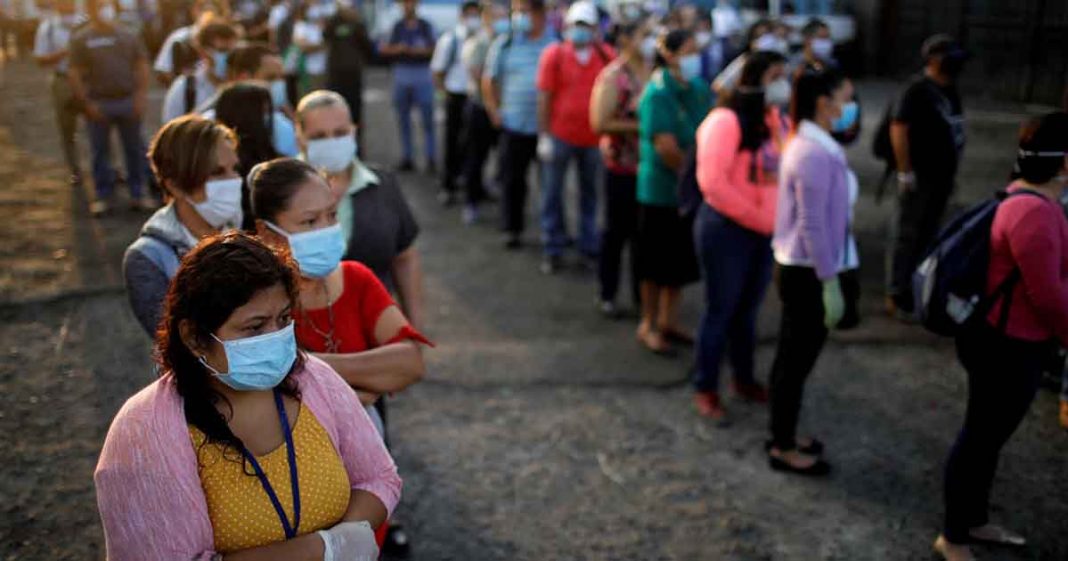 With nearly 30,000 dead in Brazil and more than 10,000 dead in Mexico, the novel coronavirus epidemic threatens to shatter hospital systems across Latin America. This is a worrying development, and experts are worried that Latin America is now moving toward being the worst hit region in the world, as Europe and the United States find their way out of the coronavirus pandemic. Latin American health systems are in danger of being overburdened and perhaps even collapsing. Meanwhile France, which is emerging from a similar nightmare scenario, begins on Tuesday a gradual return to normalcy.

Four of the 10 countries showing the greatest number of new COVID-19 cases over the last 24 hours were in Latin America, the World Health Organization’s emergencies director Michael Ryan said.

The pandemic has now killed more than 377,000 people and infected at least 6.3 million since erupting in China in late 2019. Efforts to halt its spread by imposing restrictions on everyday life have plunged economies into recession.

However in Europe, schools, pools, pubs and tourist sites have begun to open, defying warnings that this could trigger a second wave of infections.

The United States — where the pandemic has been overshadowed by unrest following the death of a black man at the hands of a white police officer — remains by far the worst-affected country.

But novel coronavirus cases are spreading quickly in Latina America. Brazil, Peru, Chile and Mexico are experiencing the largest daily increases, while the numbers are on the rise in Argentina, Bolivia, Colombia and Haiti. WHO is worried about global healthcare, in particularly keeping the situation in Latin America in mind.

“Countries are having to work very, very hard to both understand the scale of infection but also health systems are beginning to come under pressure across the region,” said Ryan, speaking at a virtual press conference from Geneva. He expressed particular concern for Haiti.

Latin America has passed one million cases and recorded more than 50,000 deaths. Brazil has reported more than half of those cases and close to 60 percent of the fatalities.

Even so, the mayor of Rio de Janeiro announced Monday that the popular tourist city would begin to gradually ease lockdown measures starting Tuesday, beginning with the reopening of places of worship and water sports.

Mexico also began reopening on Monday, reactivating the automotive industry, mining and construction even though the country has recorded more than virus 10,000 deaths — second only to Brazil in Latin America.

Ryan warned that the region is not out of danger yet.

“I would certainly characterize that Central and South America in particular have very much become the intense zones for transmission of this virus,” he said.

“I don’t believe we have reached the peak in that transmission and, at this point, I cannot predict when we will.”

Easing of lockdown in Britain: moving too soon?

In Europe, from Russia to France, Italy and Britain, countries have started to emerge from months-long lockdowns, cautiously adopting a post-pandemic version of normal.

Bars began to serve again in Finland and Norway — with distancing restrictions or shortened hours in place — while some schools in Britain and Greece opened their doors again.

Britain reported 111 more virus deaths on Monday, the lowest daily toll since the lockdown started on March 23. But critics of British Prime Minister Boris Johnson’s government say it is moving too soon, with the WHO also worried about global healthcare.

“COVID-19 spreading too fast to lift lockdown in England,” scientific advisor Jeremy Farrar said on Twitter. In Russia, Moscow shopping malls and parks reopened on Monday even though the country ranks third in the world in new daily cases.

Shopkeepers were eager to see business pick up again.

European countries move to ease lockdown and usher in tourists

Greece opened some hotels, schools, pools and tattoo parlors, while in Slovenia a mandatory rule to wear masks was eased as the country declared the end of the outbreak.

In Romania, Bucharest’s Grigore Antipa Natural History Museum reopened, as did Rome’s famed Colosseum, although only to Italians.

The latest official figures from Italy were encouraging: over the last 24 hours there were 178 new cases and 60 deaths, continuing a downward trend. However, the WHO was worried about global healthcare, especially as nations ease lockdowns which will exacerbate transmissions.

Latest: WHO warns of pressure on Latin American health systems
Four of the 10 countries showing the greatest No of new cases over the last 24 hours are in Latin America.
Brazil, Peru, Chile & Mexico are experiencing the largest daily increases.— Totlani Krishan (@kktotlani) June 2, 2020

There was also good news from Spain, another country badly hit by the virus: on Monday it recorded its first 24-hour period without a COVID-19 death since March 3. France registered 31 deaths over the last 24 hours, a day before it was due to reopen cafes, restaurants and bistros, closed since the lockdown began on March 17.

In South Africa, scores of joyous people blasting music queued outside liquor stores in the Johannesburg township of Soweto, waiting to stock up after a nine-week ban on alcohol sales ended.

“We are overwhelmed, over the moon, so excited. This place is jamming,” said one customer, Bongani Khumalo. Health Minister Zweli Mkhize pleaded with citizens not to “panic-buy” and to “reduce consumption”.

The pandemic has devastated the global economy, which is facing the worst downturn since the Great Depression of the 1930s.

With businesses and citizens growing tired of confinement pressure is building on national leaders to end the lockdowns — especially in countries where the outbreak appear to be slowing.

But health experts continue to warn of a possible second wave of infections if authorities and citizens let their guard down.

In the United States, Washington and Los Angeles resumed outdoor dining, while New York City is on track to begin reopening from June 8. The US now recorded almost 107,000 novel coronavirus deaths, and over 1.8 virus million cases.

The WHO insists it wants to keep working with US authorities despite President Donald Trump’s decision last week to cut ties with the organization.

Meanwhile, in the Democratic Republic of Congo, there was a reminder that the threat of other deadly infections continues. The WHO says it is worried about global healthcare, considering the fact that an Ebola outbreak might also be on the cards.

The health ministry reported a fresh outbreak of Ebola in the northwest region of the huge central African country.

As of today, the global number of people infected by the Novel Coronavirus and suffering from the associated diseases COVID-19 has crossed 6.27 million. There have been 376,000 deaths associated with the disease. A statistic to take heart from is the fact that 2.70 million people suffering from COVID-19 have recovered.

COVID-19 associated lockdowns have caused a slowdown in the international economy, with experts saying that it will shrink by as much as 6% this year. Estimates of its recovery do not show it recovering before 2022.
AFP with additional input by GVS News Desk

Coronavirus cases accelerate: US under siege, EU and others ease quarantine