Why PTI has withdrawn petition against Zardari 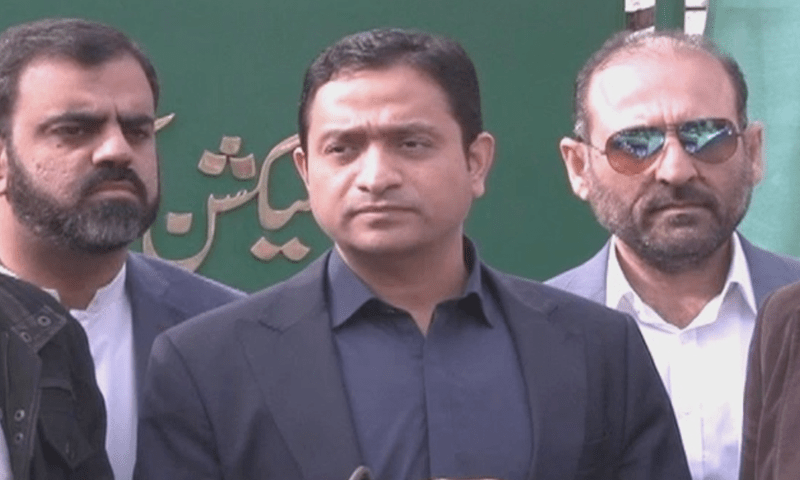 Pakistan Tehreek-e-Insaaf leader Khurram Sher Zaman has withdrawn the earlier filed petition against the Ex-President Asif Ali Zardari from Election Commission of Pakistan (ECP). The PTI leader claims that they have discovered more proofs against Asif Zardari so the top leadership has decided to go to the top forum like Supreme Court of Pakistan; they think that going to ECP was a mistaken decision. He asserted that Zardari’s days are over and his seat is going to be vacated soon.

Mr. ZamanZ made these statements while talking to the prominent anchorperson Dr. Moeed Pirzada in his Primetime show “live with Moeed Pirzada” at GNN. He claimed that the PTI has not got only the documents but it has got the attestation of these documents from the key national and international authorities and this material is so overwhelming that Zardari ‘s all the politics is coming to an end and they think that need to take all this material to the supreme court of Pakistan.

Mr. Zaman had earlier on 10th January withdrawn his petition against Zardari from election commission of Pakistan. However at times, in different TV channel interviews, Mr. Khurram Zaman did not sound very clear, as on more than one occasion he said that within a week their party would be filing a petition in the Supreme Court for the disqualification of Zardari and there won’t be any compromise on that. But on some other occasions, he wavered a bit and said that the party would see whether to file a case in SC or in front of the speaker of the national assembly, as the lawyer’s advice.

Kanwar Dilshad the Ex-Secretary of Election Commission of Pakistan also participated in the discussions and kept on asserting that the speaker of the national assembly was the right forum for this type of applications and even if the party goes to Supreme court of Pakistan, The Supreme court will have to forward the application to the speaker of the national assembly.

Political analysts believe that PTI is playing a carrot and stick policy with Asif Ali Zardari and PPP and they want some sort of deal to extract some concession out of Asif Ali Zardari; which could probably be to obtain PPP’s approval and support in National Assembly and Senate for the legal cover and extension of military courts that has already expired in January and the government has decided in principle to extend the military courts.

It went on with excitement but it did not have complete documentation or the proofs. Whatever the situation is, it was a surprising decision and the reality will become clear in the next three to four days.

Ajiz Dhamra, another PPP leader and former senator, considered close to Asif Ali Zardari appeared at GNN channel. While responding to a question, he said that only the top leadership of party knows what the party final position would be on the extension of the military courts; which means that only Asif Ali Zardari and Bilawal are decision makers in case of the military courts and the secondary leadership of PPP is not clear about what would be the final position.

It has provided the opportunity for PTI to deal with PPP on the issue of military courts, analysts believe. However, there are other analysts who believe that military courts issue is not necessarily the headache for the PTI and military establishment has its own ways and mechanisms of dealing with all political parties.

As it happened in 2015 and then 2017, the military probably had obtained the consensus of political parties on the extension of military courts by negotiating the matter and putting pressure behind the scene.

There are other analysts who think that PTI might have withdrawn its petition from ECP against Asif Ali Zardari because its case is weak. It went on with excitement but it did not have complete documentation or the proofs. Whatever the situation is, it was a surprising decision and the reality will become clear in the next three to four days. It remains to be seen if the PTI goes ahead and files the petition in the Supreme Court of Pakistan.

Sarmad Ishfaq - 19 June 2021
As the world looked on with consternation at the latest Israel-Palestine battle, many in the world became cognizant of Israeli crimes via their armed...