Why should’nt Imran Khan surrender on his demand for Surety Bond from Nawaz Sharif?

PML-N is advised to not wait for any “messiah” for Nawaz’s politico-legal salvation.  Analyst believe that Nawaz should immediately submit the surety bond and leave for London if his condition is as critical as it is being portrayed. 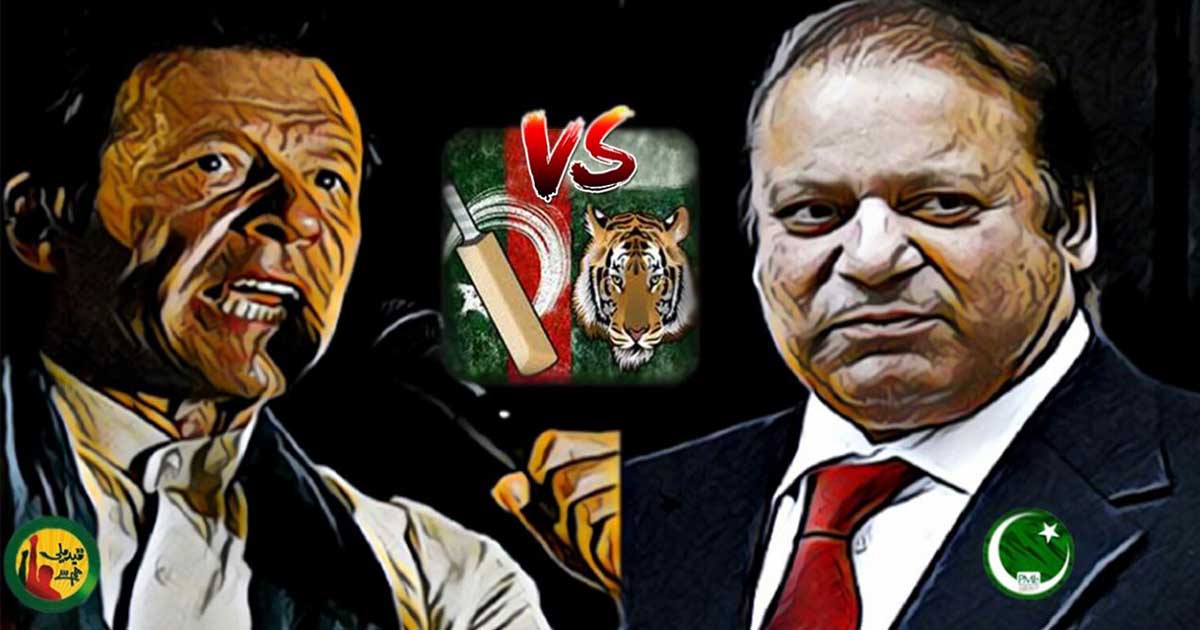 The meeting of federal cabinet’s sub-committee is underway in Islamabad to finalize recommendations on the matter of removing former Prime Minister Nawaz Sharif’s name from the Exit Control List (ECL). Earlier the government the federal cabinet on Tuesday granted in-principle “conditional” approval to remove Nawaz’s name from the ECL. The government has reportedly asked Sharif family to pay Rs7 billion as surety bonds — equivalent to the fines imposed on him by an accountability court in two corruption cases Al-Azizia Steel Mills and Avenfield properties — in which he was convicted.

Federal Minister for Science and Technology Fawad Chaudhry said that the incumbent government has made a massive undertaking by allowing Nawaz Sharif to travel abroad.#ARYNews #NawazSharif— ARY News (@ARYNEWSOFFICIAL) November 13, 2019

Apparently, Nawaz Sharif has ‘rejected’ the conditional offer and decided not to leave Pakistan. A PML-N insider told the media that the government was informed that Mr Sharif would not submit any indemnity bonds for his departure to London for his treatment. He further said that the government’s ‘conditions’ were brought to the knowledge of Nawaz Sharif by his younger brother Shahbaz at the former’s Jati Umra residence in the presence of Maryam Nawaz. Nawaz Sharif said these conditions are illegal and can’t be met in the presence of court guarantees already submitted to it (court) with regard to his bail.

Read more: Nawaz hosts Fazl: Is the former premier really as sick as he claims?

GVS spoke to some experts in Lahore and Islamabad, who believe that what the government is asking for is ‘illegal’ and ‘unprecedented’. “The government has two legal options in this case; a) allow Nawaz to leave the country or b) declined Nawaz’s request,” a lawyer told GVS. It is argued that the government cannot impose any fine or demand any surety bond from the persons concerned in this regard.

On the other hand, there is a strong legal opinion that because Nawaz is a convicted criminal, the government should set some principles before allowing him to leave for London. There is also an argument that Nawaz Sharif should approach the Islamabad or Lahore High court in this regard.

There are also political commentators who believe that the PML-N must not wait and should immediately submit the surety bonds and let Nawaz leave Pakistan.

Dr. Moeed Pirzada, a prominent political commentator, believes that the government should remain firm on what it has decided. He also opines that Nawaz must not be allowed to leave the country without any principle since there will be many in the queue to leave Pakistan under the pretexts of illness. “It will set a bad precedent,” he noted.

He said that “Nawaz has outrightly rejected the government’s suggestion of a ‘surety bond” or “bank guarantee” for allowing him to leave for London. It looks that some quarters may be supporting Nawaz to get out on his terms and there have always been rumors of some external players putting pressure on the establishment for Nawaz’s release. But they are plain wrong and Imran Khan’s government must take a stand and persuade other players to understand its point of view and logic”.

He further noted that the “government has a serious problem. Nawaz is not merely undergoing a trial but is “convicted” and a “convicted person” cannot be taken off the Exit Control List. (ECL). Also, courts have granted bails to Nawaz in their jurisdiction and whether he can leave court’s jurisdiction is a matter that needs to be settled in black and white. The government can be questioned in courts (whenever they like) on how Nawaz was allowed to leave without any guarantees”.

Dr. Pirzada expressed his ‘surprise’ over the way the PML-N was delaying to accept the conditions set by the government. He said that “it’s surprising how Nawaz, his party and supporters are reacting to the “surety bond”. PMLN party and supporters have always maintained that Nawaz does not want to go abroad, that he is being persuade to go abroad and is only going because of his health and that he will like to come back as soon as he improves. But if all that was true then why this fuss now? Is this all about a fine point of law that ECL law does not require a bond? Why not accept government’s offer immediately, why waste time?”

Finally, Dr. Pirzada suggested that “the government must insist on “Surety Bond” and if Nawaz does not want to sign a “Surety Bond” then let Nawaz go to court and get an order to let him leave without surety bond. If Nawaz’s situation represents a “special case” then only courts are competent to examine the issues case by case. Govt allowing him to leave without written recommendations of NAB, without an official Medical Board specifying treatment in London and without courts ordering to take him off the ECL will be a huge political burden for the government. “IK Government must not sacrifice itself for the wisdom of someone else”, says Dr Pirzada.

Pakistan’s Tragedy: From Rule of Ballot to Rule of Thana!

Coronavirus and Tech: How COVID-19 has brought tech initiative into education