Prime Minister Imran Khan described the feelings of Sikhs for their holy places while inaugurating the Kartarpur Corridor as “Kartarpur is your Madina and Nankana Sahib is your Makkah. We (Muslims) can’t even imagine someone keeping us away from Makkah or Madina.” 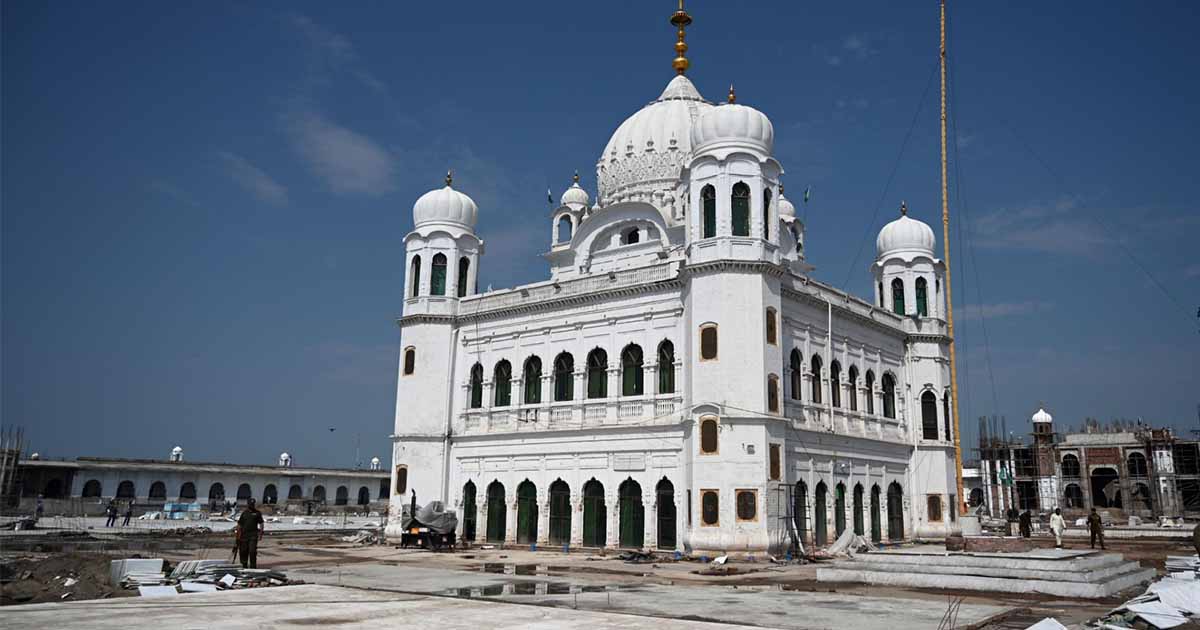 Guru Nanak, early one morning, the Sikhs believe, went to the river for a bath and after diving into the river did not surface. The villagers searched everywhere, but there was no trace of him. They thought he must have drowned. Sikhs, however, believe that Guru Nanak was in holy communion with God, and resurfaced after three days.

The story of Baba Guru Nanak’s disappearance in the Black River (Kali Bein) and his emergence three days later marks the beginning of Sikhism and the start of Guru Nanak’s teachings. When he came out he remained in a trance for some time and said nothing.

Sikh lore is filled with stories of wonder about his time as a kid, where he was supposedly bestowed with wondrous powers that included the ability to move objects or ward off animals

When he finally spoke, he uttered, “there is no Hindu, no Muslim”. In praise of the Lord, Guru Nanak uttered: “There is but one God, His name is Truth, He is the Creator, He fears none, He is without hate, He never dies, He is beyond the cycle of births and death, He is self-illuminated, He is realized by the kindness of the True Guru. He was True in the beginning; He was True when the ages commenced and have ever been True, He is also True now.”

(Japji) The Sikh Holy Scriptures – the Guru Granth Sahib – begins with these words. He did not believe in a Trinity of God, or that God can be born into human form. Baba Guru Nanak Dev, the first guru of the Sikhs and founder of the Sikh religion, was born on April 15, 1469, A.D., to Hindu parents in a town which is currently known as Nankana Sahib, Pakistan.

Nanak’s Kartarpur – The Abode of God for Sikhs

Kartarpur – meaning the abode of God – is located near river Ravi in Pakistan, about four kilometers from the Dera Baba Nanak shrine in India. Gurdwara Kartarpur Sahib – the first Gurdwara – was built in 1522, where Guru Nanak is said to have died. Prime Minister Imran Khan described the feelings of Sikhs for their holy places while inaugurating the Kartarpur Corridor as “Kartarpur is your Madina and Nankana Sahib is your Makkah. We (Muslims) can’t even imagine someone keeping us away from Makkah or Madina.”

Guru Nanak came from humble origins, with both his parents being merchants. He was especially fond of his elder sister, with whom he lived for a while. From a very early age, Nanak had a keen interest in religion and was a spiritual being. Sikh lore is filled with stories of wonder about his time as a kid, where he was supposedly bestowed with wondrous powers that included the ability to move objects or ward off animals.

The Sikhs believe him to be an extraordinarily pious and illuminated figure. At the age of 13, Nanak disappointed his family when he refused to accept a sacred cotton thread from a Hindu priest during a ceremony where he was to be invested with the thread, as per the Hindu customs. The refusal was for no ordinary reason.

He sang: “Let mercy be the cotton, contentment the thread, continence the knot and truth the twist. O priest! If you have such a thread, do give it to me. It’ll not wear out, nor get soiled, nor burnt, nor lost. Says Nanak, blessed are those who go about wearing such a thread.” (Rag Asa) He was married in 1487 and had two sons with his wife, Mata Sulakkhani. After leaving his job as an accountant, he decided to travel to different areas in the world.

His journey, which saw him go to places like Arabia, India, and Tibet, lasted 30 years, and all of this is said to have enlightened him in finding the answer for the key to living a good life. He came back and settled in Kartarpur, where, legend has it, the wealthy ruler built a city to honor Nanak.

What makes Nanak’s views interesting is that they draw both on Hinduism and Islam. It is likely because Nanak invested in learning about divinity and studied Islam and Hinduism extensively. His firm belief that inner meditation and prayer was the answer to grow closer to God became the founding pillar for Sikhism. Nanak believed that rather than performing traditionally religious deeds, it was more necessary to focus on internal and mental growth.

Three central teachings of his have remained popular with Sikhs today, and they are: sharing your wealth with those less fortunate, making an honest living and not falling prey to fundamental human weaknesses such as lust, entitlement, attachment, wrath, and greed. Some have remarked that Sikhism stemmed from Guru Nanak’s wish to bridge the gap between Islam and Hinduism by forming a religion that heavily drew inspiration from them both.

Nanak became the first of the 10 gurus to contribute to this scripture. Nanak contributed 974 hymns to the book and is considered a master at creating Punjabi hymns

The religion’s origin is also believed to have stemmed from an ongoing movement that emerged in Hinduism at that time, referred to as the Bhakti movement, where a focus on religion for an individual was prioritized. But it also shares a lot in common with Islam, such as his belief that there is only one God and everyone, men and women, are equal regardless of caste and race. Guru Granth Sahib carries his beliefs.

The book was written in many scripts, including Gurmukhi, Lahnda, Braj Bhashra, Sindhi, Khariboli, Persian, and Sanskrit. Nanak became the first of the 10 gurus to contribute to this scripture. Nanak contributed 974 hymns to the book and is considered a master at creating Punjabi hymns.

Read more: The Kartarpur Corridor: Looking Beyond the Prism of Security and Geopolitics

He chose his successor Bhai Lehna before his death on September 22, 1539, in Kartarpur, and it is he, who continued spreading the word of Nanak, becoming Guru Angad, the second of the 10 Sikh gurus and contributed his own teachings in Guru Granth Sahib. While Nanak’s impact is profound, he is essential not only for Sikh Indians today but also because presence is so felt profoundly in Pakistan, where several commemorative structures stand tall in his memory.

Chief among them is the Gurdwara Janam Asthan; a site said to be built by his grandson on the place he was born. Near Rohtas Fort, close to Jhelum, there is an abandoned Gurdwara Chowa Sahib, where Nanak is accredited with creating a water spring. A shrine in Hasan Abdal is also present where his handprint is supposedly immortalized, imprinted on a boulder. Lastly, there is also his place of death, Gurdwara Darbar Sahib Katarpur, where he is said to have taken his last breaths.

Why Empathy at Work is essential: Veon’s CEO Ursula Burns