PTI govt’s secretive attempt to introduce a new law to regulate social media has created a huge backlash not only across the country, but also in global digital community. While internet giants, like Facebook, Twitter and YouTube, are coming under increased scrutiny even across the western world, in Pakistan most stakeholders are concerned over the real intentions of the government. Is this a genuine desire for rational regulation or a clandestine agenda to suppress dissent?

This document got leaked to media and civic organizations, so rights groups and mainstream print and tv media have all joined hands in accusing PTI government of clandestine attempts to control dissent and marginalize critical voices.

However, the government has maintained that it is merely trying to ensure ‘protection’ of every individual and guarantee freedom of speech, while countering anything that compromises Pakistan’s national security. It also points that worldwide governments are bringing regulations to manage social media platforms.

“Citizens Protection (Against Online Harm) Rules, 2020”, have not been notified but leaked document reveals that social media companies, including Facebook, Twitter and YouTube, will have to register with the government within three months of the coming into force of the new rules.

These companies will be required to establish their permanent registered offices in Pakistan with a physical address located in Islamabad. New law will demand that they appoint a focal person for coordination with the National Coordinator and maintain data servers of Pakistanis within the country.

These digital companies – now some of the biggest global marketing platforms – will be required to remove, suspend or disable access to such accounts and online posts that are involved in the spread of fake news or defamation and violates the religious, cultural, ethnic, or national security sensitivities of Pakistan.

There is a definite regional context to all this. Both Twitter and Facebook had been suspending accounts belonging to Pakistani political commentators, media persons and institutions after receiving complaints from Indian government. This practice intensified after August 2019, when Modi’s ultra-nationalist regime unilaterally abrogated Articles 370 and 35-A of the Indian Constitution and launched a massive crackdown and media shut down across Indian-Occupied Kashmir.

Pakistanis reacted with angry comments on Twitter and Facebook. Twitter suspended hundreds of Pakistani accounts including the official accounts of Punjab Chief Minister’s Former Spokesperson Shahbaz Gill and personal account of Dr. Faisal, Pakistan’s Foreign Office’s Spokesperson. This was an example of extra-territorial jurisdiction of Indian law on Pakistani Twitter users that existed outside India.

The Pakistan Telecommunication Authority (PTA) had then said that it considered these actions against the set principles of freedom of speech, and hopes that presence of “Data Servers” within Pakistan will prevent Indian government to exercise this kind of coercive control over Pakistani content.

In third week of February, PM, while presiding over a meeting on this matter, made it clear that no new law will be made or implemented without full consultation with stakeholders

But PTI government, PTA and other national institutions have neither been able to explain their motivations nor had they consulted internal and external stakeholders before putting new law for cabinet approval, leading to genuine concerns over their intentions.

Many fear that words and definitions used in the newly proposed law– which includes religion, extremism, culture and national security–are so ambiguous and wide-reaching that any online content can be easily declared “extremist” or “anti-state”. Perhaps the most severe reaction came from the global internet giants themselves. 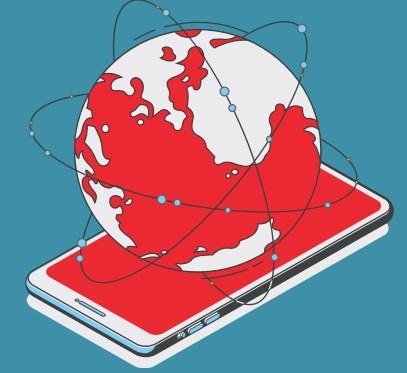 The Asia Internet Coalition (AIC), an association of leading internet and tech companies, including Google, Facebook, Apple, Twitter, Amazon, Airbnb, Booking.com, Expedia Group, Yahoo, Grab, LinkedIn, and Rakuten, warned that the rules would severely cripple the growth of Pakistan’s digital economy and make it extremely difficult for its members to make their services available to the country’s users and businesses.

In a letter written to PM Imran Khan, Jeff Paine, the Managing Director of the AIC, noted that the rules were vague and arbitrary and urged Islamabad “to initiate a proper public consultation to ensure wider participation to develop a new set of rules”.

He pointed out that, “no other country has announced such a sweeping set of rules, Pakistan risks becoming a global outlier, needlessly isolating and depriving Pakistani users and businesses from the growth potential of the internet economy”. While government spokespersons – like Senator Fasial Javaid – who appeared with TV Anchor, Moeed Pirzada in Hard Talk on 92 News – keep repeating that new laws have not been notified and were only under discussion.

It’s getting apparent that PM Khan takes the situation with the seriousness it deserves. In third week of February, PM, while presiding over a meeting on this matter, made it clear that no new law will be made or implemented without full consultation with stakeholders. It is hoped that sanity will prevail.

Internet giants – like Facebook, Twitter, YouTube – are coming under increased scrutiny across the world. It’s no more only China or Burma but governments in the UK, Germany, France, Australia and New Zealand are bringing new regulations to deal with different sets of challenges. In India strict measures are also being considered.

In this new changed and less brave world, it’s inevitable that Pakistan too will introduce new laws and regulations. However, in a country that needlessly deprived its citizens, businesses and young entrepreneurs from YouTube for almost three years between 2012 and 2015, this needs transparent, intelligent and rational debate with all stakeholders spanning over weeks and months. Finally, no law should be made in the secretive, clandestine manner–the way it was attempted in January.

Businesses Stepping Up to act on Climate Change

Incumbent and potential lawmakers continue to ditch PML-N for PTI