The author of the “China-Pakistan Axis: Asia’s New Geopolitics” examines the current tensions between the US and China and how this affects Pakistan.

Andrew Small is a senior transatlantic fellow with the Asia program at the German Marshall Fund of the United States. He has written extensively on China and is author of The China-Pakistan Axis: Asia’s New Geopolitics. In what the Economist has described as the ‘new Cold War era’ – tensions between the US and China on trade are at their highest level in decades, with President Trump having imposed tariffs worth over $200 billion – threatening to take these up to $500billion – on Chinese imports and the Chinese have vowed to retaliate. GVS Managing editor, Najma Minhas asked Andrew to share his thoughts on how the current tensions in US-China relations would affect Pakistan.

GVS: What is your understanding of what lies behind the USA-China trade war?

Andrew Small: There are two ways to see this, one way of understanding the US-China trade war is to see it through the prism of the broader Trump administration trade agenda, which has brought the United States into clashes with friends and allies as much as it has with rivals.

In this reading, the ultimate aim with China is to reach a deal to rebalance trade to better suit US interests – as it is with Korea, Mexico, and other cases. The alternative way of thinking about it is that the China case is different.

Trade tensions between Beijing and Washington reflect a deeper set of issues that have been building up over a much longer time-frame and are now coming to a head: fundamental questions about whether the economies of two rivals should be so intertwined; whether the United States and other advanced economies are willing to remain open to trade in sectors where China itself is closed; whether the Chinese state-dominated economic model is compatible with trade bodies – such as the WTO – that were premised on convergence towards market principles; whether access by Chinese companies and researchers to advanced US technologies might reduce the American military and competitive edge, and so on.

Equally, China doesn’t want suffocatingly close ties with Pakistan and it doesn’t want to get into the middle of any messy US-Pakistan tensions, which is why it has consistently urged both sides to fix their relationship.

Even if President Trump himself might be willing to do deals of the sort that we saw with ZTE, the bipartisan consensus on China that is emerging in the United States across issues of trade, investment and technology is already leading to elements of disengagement or decoupling between the Chinese and US economies, as the plummeting Chinese investment figures in the US indicate.

I don’t believe there is clear agreement on how far this decoupling should go, but there are certainly plenty of policymakers in Washington who see the US-China trade war as only the first round of a much bigger transition in how the global economy works. 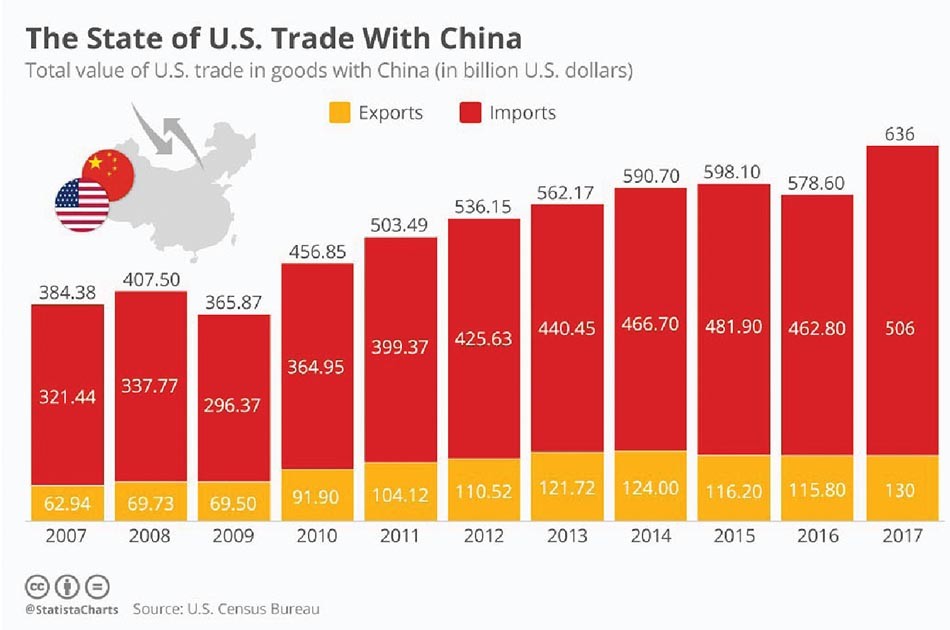 The WTO, global value chains, access to components and technologies, investment flows and many other elements seen in the last phase of globalization could look quite different as a result, affecting virtually every region of the world. We’re not at that stage yet, but that’s the logic of where we’re headed unless China, the United States and other major economies are able to step back and figure out alternative arrangements that we can all live with.

GVS: Do you expect the Chinese to counteract the Indo-Pacific strategy set out by the USA – both economically and strategically?

Andrew Small: It’s possible to get lost in an infinite regression of who is reacting to what: the Indo-Pacific strategy is, in part, a response to the Belt and Road; the Belt and Road initiative was partly conceived as a response to the Trans-Pacific Partnership (TPP); TPP was framed as an alternative choice for countries to China’s growing economic weight in Asia and so on.

In practice, each new initiative has strong elements of continuity with what’s gone before it – the United States is placing greater military and economic emphasis on Asia and is starting to look at the region in a more strategically integrated way; China’s economic presence is expanding virtually everywhere, with obvious political and security implications, and it is behaving in a more militarily assertive fashion.

These dynamics are driving a US-China relationship that is becoming increasingly competitive, and the two sides are finding it harder to separate out economic competition from security competition.

One immediate step that China has taken has been to try to stabilize relations with other major powers – notably Japan, India and the Europeans.

I don’t believe Beijing will necessarily be looking to “counteract” the Indo-Pacific strategy itself, but it has to come to terms with the fact that the United States is taking the notion of strategic competition more seriously and that there may not be an economic deal that can placate the US side short of deeper structural change.

The Chinese government had expected to have a more transactional relationship with the Trump administration, and although Beijing has always been anticipating a time when relations would take a more openly competitive turn, I think they were surprised that it’s happening now. 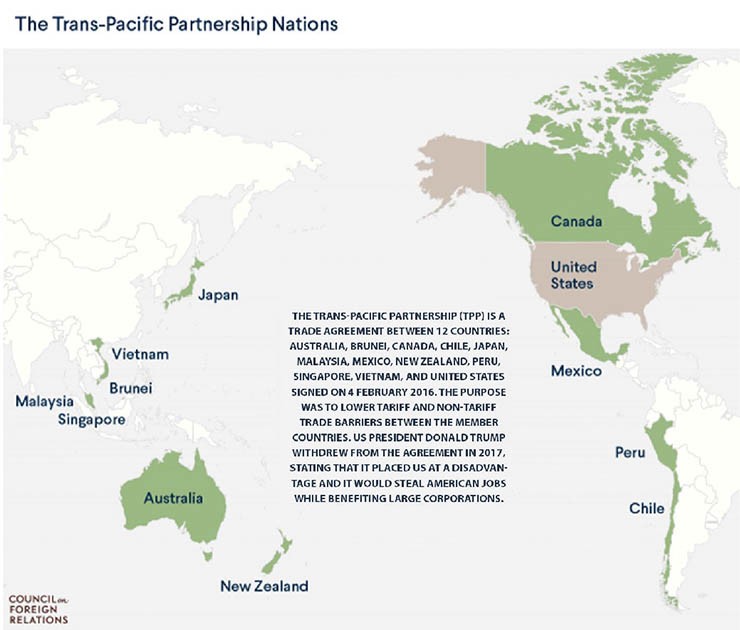 One immediate step that China has taken has been to try to stabilize relations with other major powers – notably Japan, India and the Europeans. The recent five-year stock take on the Belt and Road is also conditioned by these concerns.

Some voices on the Chinese side have argued that it would have been better to stick to Deng’s “hide your brightness, bide your time” dictums for a longer period and we are already seeing downplaying of initiatives such as “Made in China 2025” rather than an open embrace of rivalry. But it’s the bigger picture in the US-China relations that Beijing is concerned to navigate now, rather than the Indo-Pacific strategy as such.

GVS: Recent statement by Pompeo seems to indicate that the USA is treating Pakistan as a Chinese partner – how do you see US-Pakistan relations being affected by CPEC and Pakistan-China relations?

Andrew Small: The statement by Secretary Pompeo was a good encapsulation of why China is uncomfortable when US-Pakistan relations are in a poor state. It invariably leads to additional scrutiny and pressure on the China-Pakistan relationship. In the 1990s this was focused on Chinese transfers of missile and nuclear parts.

Now, CPEC is attracting critical attention. However, given the context – in which Pompeo was rolling out the economic elements of the “Free and Open Indo-Pacific Strategy” – his statement should be seen as much of a critique of Chinese lending practices as a whole though, rather than being primarily directed towards Pakistan.

On the US side, there is certainly a concern that US money isn’t used to bail out Chinese creditors – in Pakistan or elsewhere – and that IMF bailouts should be conditioned on greater transparency over Chinese projects. Privately, the US had been relatively supportive of CPEC and had encouraged stronger Chinese economic involvement in Pakistan but there are genuine concerns about how it’s playing out in practice.

There’s also a lot of skepticism about the value of another IMF bailout for Pakistan. So I don’t necessarily see US-Pakistan relations being negatively affected by CPEC, nor by a closer Pakistan-China relationship – that hasn’t historically been the case.

But a bad US-Pakistan relationship – which is in its current state for reasons that have nothing to do with China – will certainly make it harder for CPEC to succeed, given the pressures that it places on Pakistan. And a deteriorating US-China relationship will subject a lot of Chinese activities to a more jaundiced look in Washington, CPEC included.

GVS: What do you see as the limits of Chinese support to Pakistan – will these be extended as: a) Pakistan starts to be seen as part of the Chinese “nucleus” (e.g. Pompeo statement); b) As CPEC projects start coming to fruition?

Andrew Small: I don’t think Pakistan has been written off by the US side as part of a Chinese nucleus – I think the tendency is still to believe that Pakistan will ultimately see more advantage in fixing its relationship with the United States and that an excessively close level of dependence on China will prove to be uncomfortable.

Equally, China doesn’t want suffocatingly close ties with Pakistan and it doesn’t want to get into the middle of any messy US-Pakistan tensions, which is why it has consistently urged both sides to fix their relationship. There’s also a real resistance on Beijing’s part to the notion of rival blocks developing, as is also evident in its recent handling of relations with New Delhi.

So I still wouldn’t overplay how locked in these dynamics are. Generally speaking, the limits of Chinese support depend on the circumstances. In some areas, the backing that Beijing has been willing to provide to Pakistan is qualitatively greater than before – you’ve seen that in the form of, for instance, direct financial support or demarches to the US. 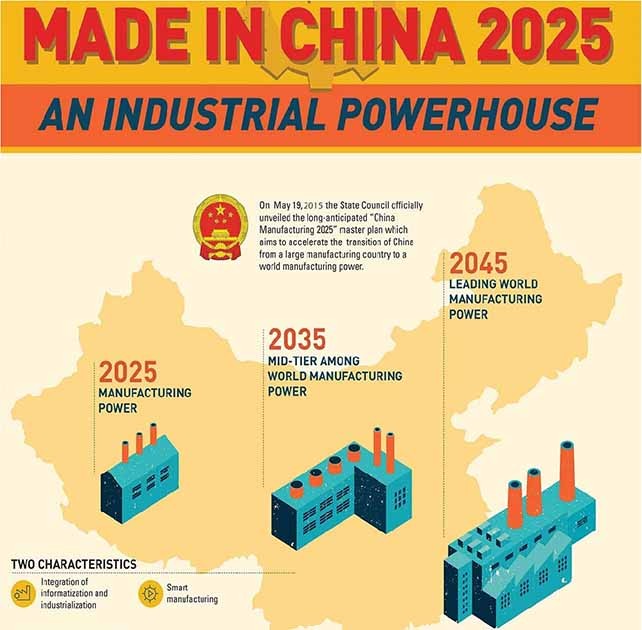 China has wanted to signal that it has Pakistan’s back in ways that were not always true in the past. However, there are other areas, such as on militancy and terrorism issues, where there are real limits to Beijing’s sympathy, and greater willingness to negotiate with others, as we saw at FATF.

And on CPEC, China will decelerate if it doesn’t see the economic conditions for its success. I don’t think it would play out particularly visibly or dramatically – things would just quietly slow down. I’ve argued elsewhere that this would have implications for China’s broader handling of policy in South Asia too, though.

It would be much easier for Sino-Pakistani ties to continue their broader upswing if the economic dimensions of the relationship continue to be strengthened; and conversely, it would strengthen the hand of the Pakistan-critics in China if CPEC were perceived as a disappointment.