Various reactions from intellectuals from India, Pakistan and the United States surfaced on Twitter following President Donald Trump's second attempt for mediation between India and Pakistan on Kashmir issue. They attributed this success to the charisma and leadership of Prime Minister Imran Khan and the effective strategy of Pakistan's foreign office. 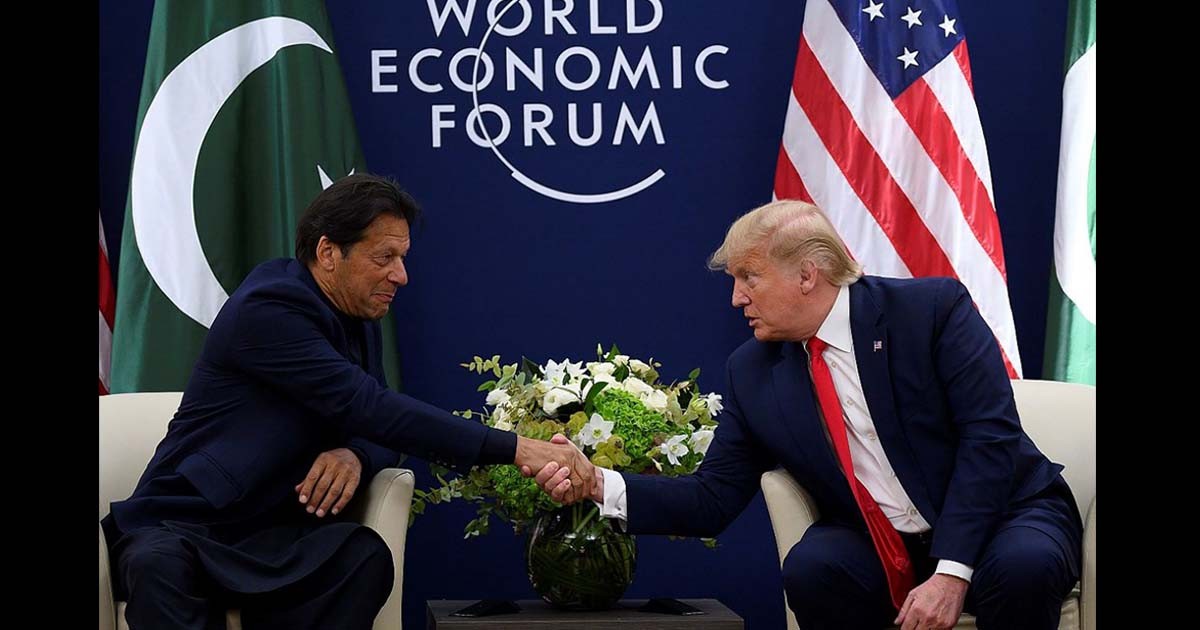 Reactions poured in after President Donald Trump’s offered to mediate the Kashmir issue during a meeting with Prime Minister Imran Khan in Davos.

Trump met Imran Khan in Davos and said the United States was watching developments between India and Pakistan over Kashmir “very closely” and was prepared to help if necessary, without explaining how.

Opening remarks by @realDonaldTrump before meeting “a very good friend” @ImranKhanPTI where he mentions Kashmir and reiterates that the US “will certainly be helping” pic.twitter.com/OIKOR4EiXC

Various reactions from intellectuals from India, Pakistan and the United States surfaced on Twitter following President Trump’s second attempt for mediation on the issue.

Moreover, his assertion of strong relations between the USA and Pakistan more than ever before also claimed massive attention on Twitter.

These statements have attracted two-pronged reactions on social media. India’s Ministry for External Affairs repudiated these statements and reiterated that Kashmir is a bilateral issue that must be solved with negotiation between India and Pakistan. India is ready to hold talks with Pakistan only if it shuns terrorist activities in Indian Occupied Kashmir.

A bevy of Indian thinkers was disillusioned with Trump’s positive statements for Pakistan and Prime Minister Imran Khan. They discounted President Trump’s mediation offer and called it his regular business to woo his counterparts in such joint meetings. Attempting to substantiate their claims, they said Trump made a similar offer last year but re-tracked later while sitting beside Prime Minister Narendra Modi.

His statements have left Indians confused as President Trump is expected to make a maiden tour to India in February.

Some lambasted PM Modi for the growing cordiality between Imran Khan and President Trump. They questioned Modi’s value to Trump particularly after the former’s effort to arrange a costly ‘Howdy Modi’ for a mere campaign for the latter.

Ashok Swain, Modi’s staunch critic, noted that Trump’s offer of mediation implies someone will solve the Kashmir issue one day if India fails to do it today.

Meanwhile, Pakistani observers and analysts noted that it was President Trump who brought up the Kashmir issue in the opening statement even before Imran Khan pitched the issue before the international media. They attributed this success to the charisma and leadership of Imran Khan and the effective strategy of Pakistan’s foreign office.

Due to the diplomatic efforts of PMIK, Kashmir has become an important issue in Pak-US relations & that’s why once again @realDonaldTrump has offered mediation.Improving PAK-US relations will open new possibilities for the regional & global interests of both countries.#Davos2020

Their assertions echoed prominent American thinker Michael Kugelman’s statement who counted on the personal charisma and striking personality of Prime Minister Imran Khan behind the encouraging and amiable statements from US President Donald Trump.

Some Pakistani thinkers even speculated whether Pakistan will be able to wring out US’s support to escape FATF grey list with the help of such friendly gestures.

Furthermore, Pakistani thinkers hailed the possibility of Trump’s visit to Pakistan in the near future. Pakistan’s Foreign Minister, however, confirmed that a US trade delegation is set to visit Pakistan soon.

Previous article“Amazing Affordable Cars” coming to Pakistan in 2020
Next articleHow is Qatar countering the spread of Fake News?

16 September 2021
Previous article“Amazing Affordable Cars” coming to Pakistan in 2020
Next articleHow is Qatar countering the spread of Fake News?

Rishi Kapoor wishes to visit Pakistan before he dies

Threats to regional peace: The implications of a disrupted Afghanistan