The movie revolves around an Australian mercenary Tyler Rake (Hemsworth) whose services are employed when the son of an Indian drug lord is kidnapped by a rival drug lord Amir Saif. 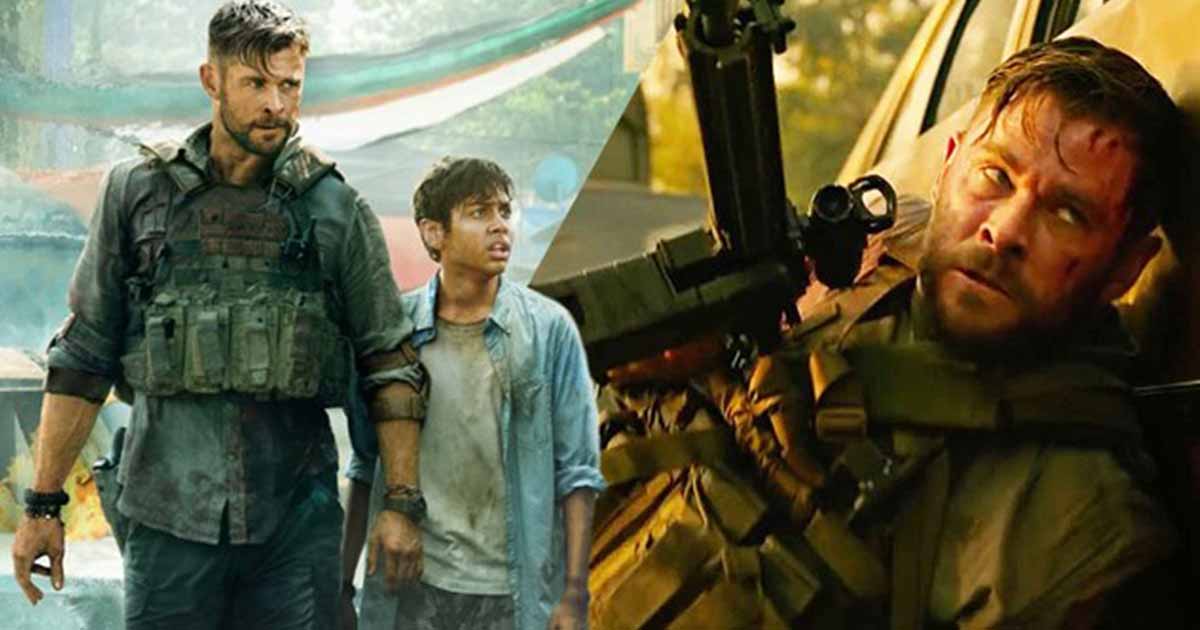 Netflix’s Extraction is shaping up to be the hit of the summer by default. With the status of big theatrical releases such as Mulan, Tenet, and the new Wonder Woman sequel in constant flux, Netflix’s Chris Hemsworth lead action movie is the only surefire winner. The movie directed by long-time Marvel stuntman turned director Sam Hargrave in his feature debut was released on the streaming service back in April to much fanfare.

The streamer was quick to anoint the film as a victor stating that 90 million viewers would end up seeing the film, making it the streamer’s most-watched film in its first four weeks. However, Extraction for all of its faults is a perfectly watchable movie with some decent action scenes.

EXTRACTION is well on its way to becoming the biggest-ever film premiere on Netflix — with a projected 90 million households getting in on the action in the first 4 weeks.

Thanks to everyone who watched so far! pic.twitter.com/WqZWrW2gBV

Storyline and the most awe-inspiring scene

The movie revolves around an Australian mercenary Tyler Rake (Hemsworth) whose services are employed when the son of an Indian drug-lord is kidnapped by a rival drug lord Amir Saif. Rake travels to Dhaka (where the film is set) and extracts the son, Ovi (Rudhraksh Jaiswal) from the hands of some henchman and begins his mission to safely transport the kid to his father (Pankaj Tripathi). Along the way, he has to face the wrath of Asif Saif’s mercenaries as well as Saju (Randeep Hooda) a former Indian Special Forces operative who has his own agenda.

The film, based on a graphic novel, is quite simple in its storyline, with the few twists it has barely managing to be of note. However, the movie’s strong ensemble and fantastic action scenes make Extraction an enjoyable but trite flick. Extraction is quite simply a tentpole because of the effort put into making it a franchise for the streamer.

From writer Joe Russo (who directed Avengers: Endgame) baiting fans into the pit, the film’s protagonist against John Wick, to the streaming service aggressively pushing the movie as their biggest launch in a while, Extraction’s success was almost guaranteed. That isn’t me undercutting the strengths of the movie (however few there maybe), it is just that Extraction is a product of the Netflix machine. Yes, the film is a cut above many other action films, with some truly sensational stunt work.

One twelve-minute one cut scene, in particular, is awe-inspiring and the hand to hand combat (in the rare instance the movie allows our hero breathing room to put the gun down) is somewhat enjoyable. However, there is something rather stale about the film that likely stems from it being so unoriginal. At its best, the movie feels like a watered-down version of The Raid but more often than not it feels like the kind of forgettable thrillers Gerard Butler stars in these days.

#ExtractionNetflix star @chrishemsworth and director Sam Hargrave reveal how they made that 11-minute long action scene look like one shot. pic.twitter.com/KCmimuxPce

As sadistic as it may seem, entertainment today has found ways of making murderous rampages somewhat enjoyable. John Wick is clearly an inspiration for Extraction but while the film takes the visceral no holds barred approach to violence from the Keanu Reeves franchise, it is unable to capture the personality of those films.

Extraction also makes the unfortunate choice of using (what is commonly referred to as) the “Middle Eastern filter” on the scenes set in Dhaka. Stripping down the vibrancy of India (where it was shot) to instead turn it into something resembling stock warzone footage from some documentary about the Middle East. This is the kind of disgusting western film device used to portray Muslim countries as less developed and more “dangerous” and makes Extraction’s glaring white saviour problem all the more troubling.

However, given the scarcity of new content, Extraction sticks out with its high budget action and an ensemble cast that shines bright. Jaiswal as Ovi, is engaging and likeable, written well enough that he doesn’t become the all-too-frequent annoying bratty child in movies such as these. Irani actress Golshifeth Farahani is a scene-stealer as Tyler’s mercenary companion Nik. Hemsworth is reliable as ever even though the few attempts at giving him a colourful backstory, only make his jaded character more by the numbers. Randeep Hota is the most fun to see go toe to toe against Hemsworth, bringing a much-needed physicality to his role that elevates all the scenes he’s in.

Although not breaking new ground in any way, Extraction is a mindless romp perfectly suited for killing some time. It isn’t Hemsworth’s best film, not the best action movie, nor even a particularly special Netflix original, but it packs enough heat to keep viewers engaged for its almost two-hour runtime.