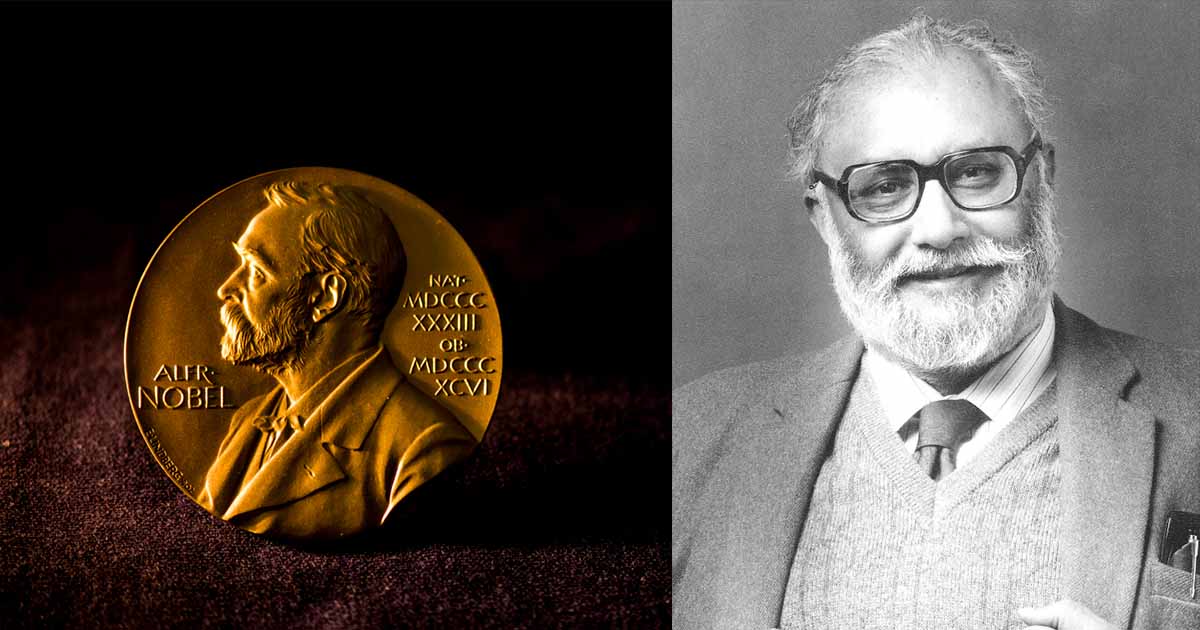 It was Rudyard Kipling who set the tone by bagging the Nobel Prize in literature in 1907. As editor of the Civil and Military Gazette newspaper, he spends a considerable in the city. His novel ‘Kim’ was based on the setting of Lahore. The ‘Kims Gun’ proudly stands on the lower end of Sharae Quaid-i-Azam. In 1927, Dr. Arthur Compton did pioneering work in Physics at Forman Christian College Laboratories to earn the Nobel Prize in 1927.

Har Gobind Khorana earned his Masters degree from Government College in 1946 to later earn the prize in Physiology in 1968. In 1983 another son of Lahore Subrahmanyan Chandrasekhar earned the Nobel Prize in Physics and then Abdus Salam in 1979 also in Physics.

Dr. Adil Najam was part of team under Vice President Al-Gore who won the Nobel Prize in 2007 for their understanding of the science of climate change, Adil’s father Lt. Col ® Imtiaz Najam hailed from an old family of Lahore. Their ancestral haveli is situated in Mori Drawaza. As an Army child he kept moving with his father, finally to attend the University of Engineering and Technology from where he earned his engineering degree and then proceeded to USA for higher education.

One city that has produced six Nobel Laureates is no small feat. Abdus Salam a fertile mind from Jhang came to the city of Iqbal. He attended Government College, followed by his Ph.D at Cambridge and rose to great heights in his field. I am sure he would have wished to be buried here had religion not come in the way.

The last principal and first Vice-Chancellor of Government College University (GCU) Dr. Khalid Aftab once boasted that, ‘While Pakistan had produced one Nobel Laureate GCU had produced two’. Little did I know at that time that my city had produced six of them. Fertile minds that competed and rubbed shoulders with the ablest individuals of the world belonged to this city of Kipling and Iqbal.

Zulfiqar Ali Bhutto (ZAB) called Lahore the Leningrad (Saint Petersburg) of Pakistan. He launched his party here in 1967 and so did Imran Khan in 1996. Muslim League came all the way from Lucknow to present the Pakistan Resolution in the city in 1940. Despite the tensions and serious security threats to his life Quaid-e-Azam braved all storms to preside over the jalsa. Maulana Fazal-ul-Haq Sher-e-Bangal presented the resolution at Minto Park (now Minar-e-Pakistan) which was unanimously approved.

In 1983 another son of Lahore Subrahmanyan Chandrasekhar earned the Nobel Prize in Physics and then Abdus Salam in 1979 also in Physics.

Dr. Khalifa Abdul Hakim another son of the city summarized Lahore as one of the most diverse cities of the world. From Gama Pehlwan to poet of the East, it accommodated human diversity of all kinds. While its libraries, colleges and universities impart education there is a lot of common wisdom in the air to be grabbed by the desirous. Some of these public platforms have now been shut down but the intellect has survived.

During my Islamabad years I extensively travelled between Lahore and the capital. Behra being the midpoint was the tea break point. Being a regular visitor I development acquaintance with the store staff and their clients. On one occasion I met a Motorway Police officer who was from Lahore after introduction I told him that I spend three nights in Lahore and four in the capital. He looked at me with a strange expression and uttered the following words, “Wherever my duty ends I head back straight to Lahore because I cannot sleep unless I have a pre-bed chit chat with my local friends.”

Read more: Who, How & How much of the Nobel Prize

With diversity there is also a wit in the city. A few years back my father left some of his papers at a fruit shop. When I went to collect them the vendor made an interesting comment, ‘it seems these are divorce papers.’ On return I mentioned this to my father, he had a big laugh. There were three copies of every document which is typical of a ‘Talaq Nama’.

Despite the tensions and serious security threats to his life Quaid-e-Azam braved all storms to preside over the jalsa.

Lahore is also called ‘Data ki Nagri’ as the first sufi saint of the region, Usman Ali Hajveri commonly known as Data Sahib landed here with Mahmud of Ghazni. He brought the message of love and humanity that spread all over India which ultimately resulted in the spread of Islam in the sub-continent. His book on the subject of Metaphysics ‘Kashf-ul-Mahjoob’ or ‘Unveiling the Veil’ stands out as the most outstanding publication on the subject.

Read more: Who are the Nobel Peace Prize winners?

As son of the soil I can confidently proclaim that Lahore as a city has it all. Iqbal rightly said ‘yeh mitti bari zarkhaiz ha’ ‘this soil is very fertile’ all it needs is a bit of moisture to sprout talent of all kinds. I was in Italy in 1979 when Dr. Salam was awarded the Nobel Prize, so I had the chance of meeting him there. He was a very patriotic and humble individual. We have family ties with the Najam family. Lahore is proud of its ‘Laureates’ who reached pinnacle of knowledge in their fields and in their course of life served humanity well. But it must not stop here, the quest should continue that is why they say ‘Lahore Lahore Hai’.

It is the history, intellect, diversity, traditions, spirituality, wisdom and wit that makes Lahore a unique city in the region unmatched by any other place though it misses its Ravi whose surrender to India by a usurper was a big blow. Despite its receding underground water table the city marches on because of its human talent.

Israel: An unsustainable idea of the century

Has Captain Safdar shown the real face of PML-N?

Will the PM leave with a “great fortune” or the burden of a “very great crime”?