The Special Economic Zones (SEZ) are the backbone of CPEC. In the second phase of CPEC, SEZs will be built across the country to facilitate industrialization and large scale manufacturing.

SEZ Act 2012 had to be amended on the recommendations of Board of Investments (BOI) when provincial governments and Chambers of Commerce and Industry (CCI) across Pakistan pointed out that in 2012 Act, SEZs were kept out of the customs law and were treated like the Export Processing Zones (EPZ).

It meant that while customs duty exemptions were available for plant and machinery at the import stage, it was not available on the products and services supplied to the domestic markets. This legal lacuna essentially reduced the attractiveness of the SEZs – and was thus corrected in the SEZ Act 2016.

Currently 13 SEZs are mentioned on the site of BOI as approved and notified; 9 of these SEZs are linked with CPEC – Phase: II. Allama Iqbal Industrial City (AAIC), managed by FIEDMC

The fiscal benefits under the SEZ law include a one-time exemption from custom duties and taxes for all capital goods imported into Pakistan for the development, operations and maintenance of an SEZ (both for the developer as well as for the zone enterprise) and exemption from all taxes on income for a period of ten years.

Currently, for the producers, the income tax exemption is five years, but it is expected that this too will be made 10 years. The provincial SEZ authorities, set up under the law, are required to move the applications received from developers to the Federal Board of Investment which is to act as the secretariat to the Board of Approval and the Approval Committee.

(SEZ Flow Chart explains the sequence of this process from application to final approvals). 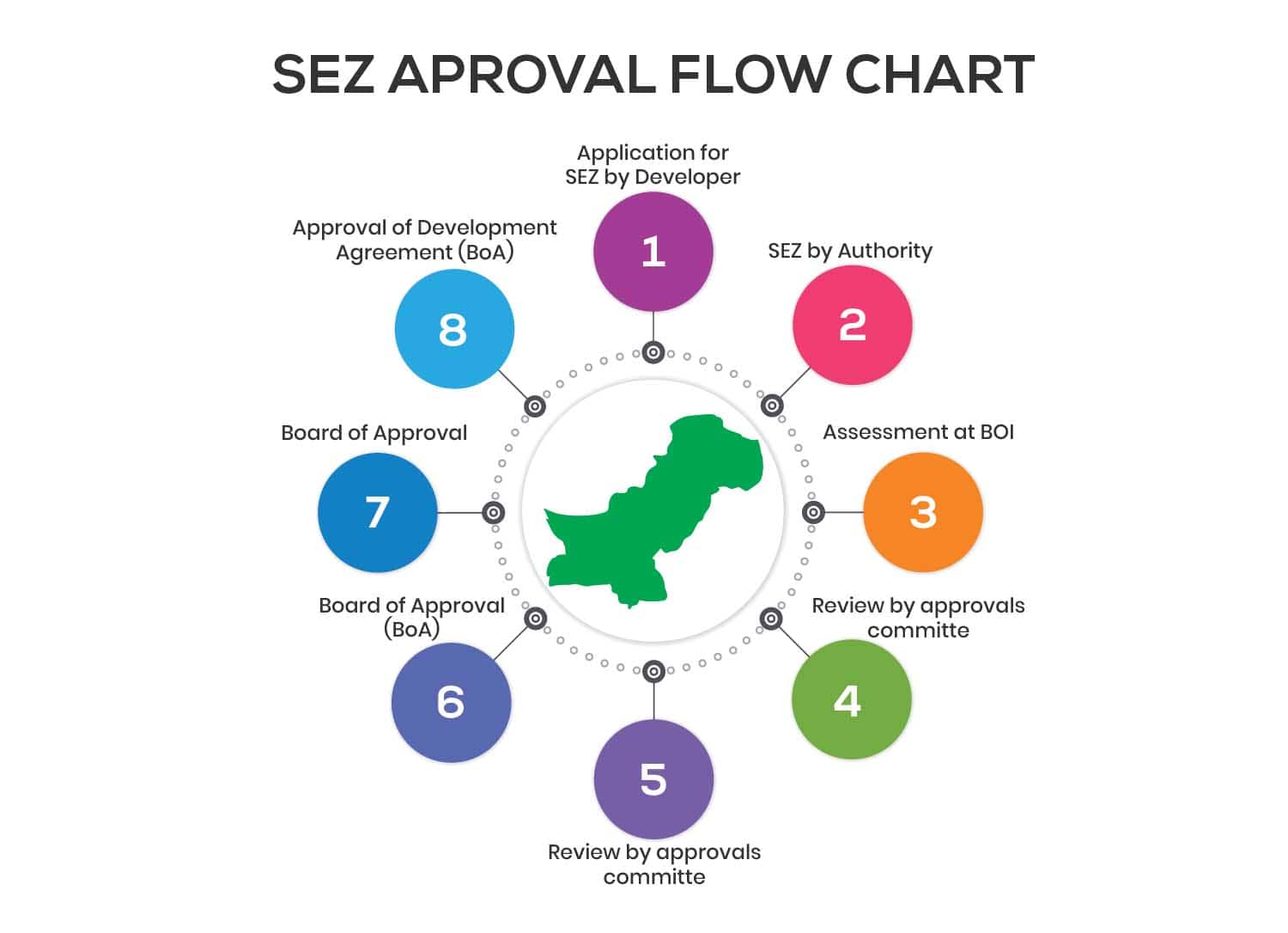 An Approvals Committee chaired by the Chairman Board of Investments (BOI) has been created. This Approvals Committee exercises all such powers and responsibilities as are delegated to it by the Board of Approvals (BOA), headed by Prime Minister, subject to such conditions as it may deem fit. The

BOA may delegate all or any of its remaining powers and responsibilities to the Approvals Committee The Board of Approval (BOA), the highest approving forum, headed by the Prime Minister has membership from Economic Ministries, Provincial Governments, Public and Private Sectors. 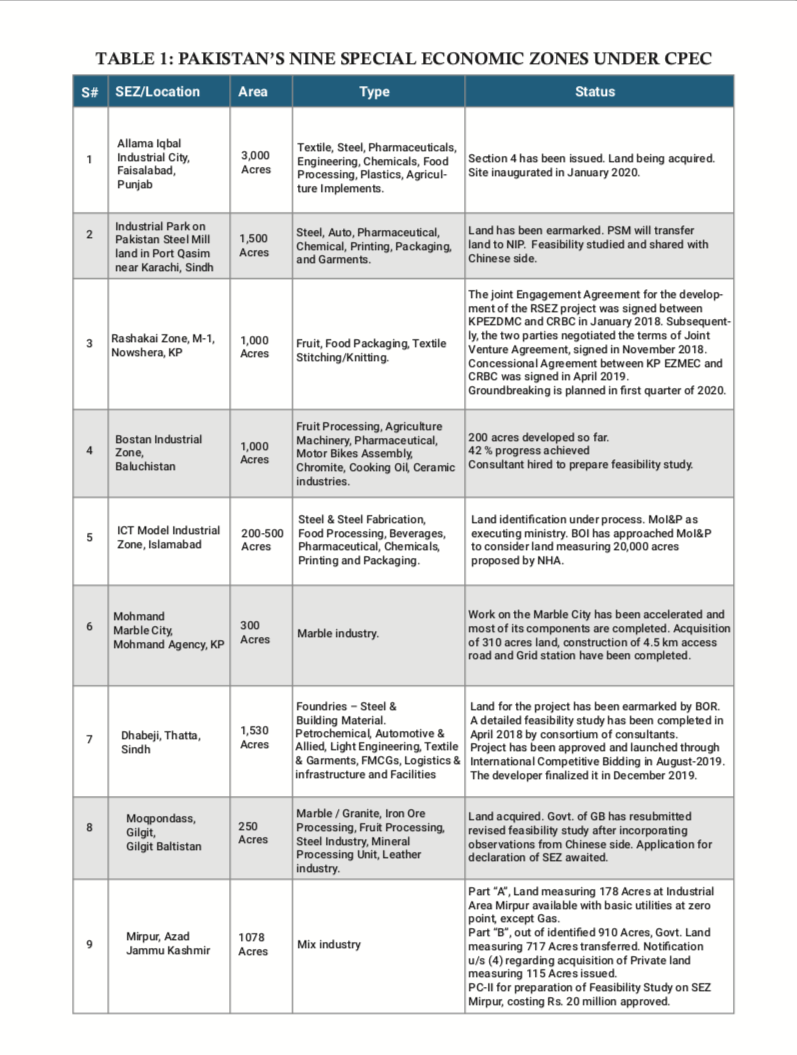 Approvals Committee is headed by the Chairman BOI and membership from Economic Ministries, Provincial Governments, Public and Private Sectors and SEZ Authorities (at provincial level including Gilgit- Baltistan) work under the leadership of the Chief Ministers.

The Provincial Governments receive applications SEZ Policy of Pakistan for various potential zones in their respective provinces and they prepare documents to further process the applications. They are also engaged with potential local and foreign investors to finalize arrangements for infrastructure development of the areas identified for Zones.

Currently 13 SEZs are mentioned on the site of BOI as approved and notified; 9 of these SEZs are linked with CPEC – Phase: II. Allama Iqbal Industrial City (AAIC), managed by FIEDMC (Faisalabad Investment & Economic Development Management Company) is the first one that has reached the stage of ground-breaking – inaugurated by PM Imran Khan on Jan 3, 2020. Rashakai (KP) and Dhabeji (Sindh) are expected to see ground-breaking in 2020.

The dentistry conundrum in Pakistan

Pakistan comes together to pray for missing army officials

Al-Qaeda leader al-Zawahiri killed by US strike in Afghanistan