With the launch of Toyota Yaris Hatchback and Toyota Corolla Hatchback, buyers will now finally experience the impressive fuel economy, attractive interior and sharp driving dynamics that sedan owners have enjoyed for years. The 2020 Toyota Yaris hatchback, based on a Mazda design, is one of the smallest and least expensive vehicles in Toyota's lineup. 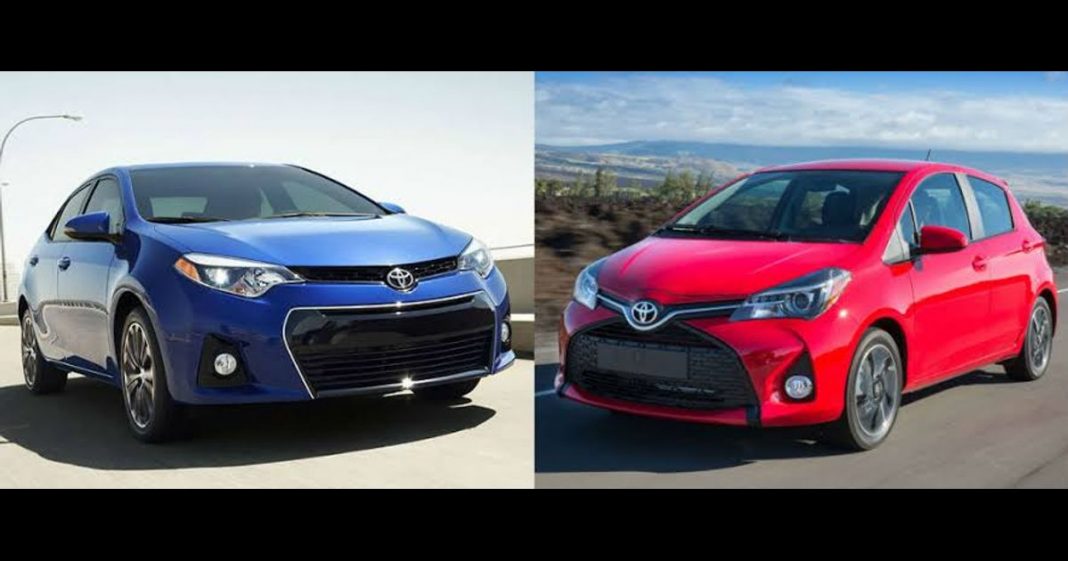 Toyota’s widely known Yaris and Corolla sedans have a huge demand in countries across the world – including the Asian and European markets. Until now, the automakers had exclusively focused on producing their flagship models’ sedans. However, with the new Corolla Hatchback and Yaris Hatchback models, there seems to be a shift in Toyota’s policy.

The 2020 Toyota Yaris hatchback, based on a Mazda design, is one of the smallest and least expensive vehicles in Toyota’s lineup.

In 2020, Hatchback buyers will now finally experience the impressive fuel economy, attractive interior and sharp driving dynamics that sedan owners have enjoyed for years. The all-new model of Yaris Hatchback represents a huge improvement over the previous Yaris hatch, which never really rose above its bargain-basement price tag.

Read more: Toyota Corolla Hybrid is all what America needs in 2020

Corolla hatchback will be offered in four different models from which the customers can choose, as per their requirements:

While in the 2020 Toyota Yaris Hatchback two trim levels are offered:

Corolla Hatchback is expected to produce even more power and torque than the 190kW/360Nm offered by GR Yaris. With such state of the art specifications, this vehicle is well-positioned to compete with cars like Volkswagen Golf GTI and Hyundai i30 N, or even the next VW Golf R.

Its engine will be able to pump 257 horsepower and 266 pound-feet of torque from just three cylinders displacing 1.6 litres.

The all-new hatchback corolla will feature all-wheel drive and a traditional six-speed manual transmission combined with a multi-link suspension and adaptive suspension. The all-wheel-drive also means a better performance while travelling on hilly roads.

Hatchback corolla is expected to have stiffer suspension tune, bigger brakes, and larger wheels — all this makes it a very stable car, with a better road grip.

With aggressive GR Yaris-style weight-saving measures that could include a carbon-fibre roof and use of lightweight composites, the GR Corolla should hit 100km/h comfortably in less than five seconds and top out at around 260km/h.

Toyota Yaris Hatchback has a 1.5-litre four-cylinder engine in both trim levels (106 horsepower, 103 lb-ft of torque) that drives the front wheels through a six-speed automatic transmission.

The Yaris Hatchback weighs around the same 2400 pounds as the sedan variant of Yaris, but with only 103 lb-ft of torque and a wide-ratio six-speed automatic transmission, it isn’t very quick. This car could hit 60 mph in 9.6 seconds and climb through the quarter-mile in 17.4 seconds at 81 mph.

The Yaris’s six-speed is usually in the right gear, and the powertrain cleanly matches revs when you manually ask for a downshift. Unfortunately, there aren’t any paddle shifters on the Yaris’s steering wheel.

Toyota Yaris Hatchback has a Sport mode which sharpens throttle response and retunes the transmission to hold gears longer. However, that’s obviously not good for fuel economy, if you’re running low on budget.

In mixed driving, Toyota Yaris gives an average of just 26 mpg while the Yaris automatic sedan manages to give 33 mpg overall and 35 mpg on 75-mph highway test.

The Yaris Hatchback has far more chassis than the engine. Despite its crude torsion-beam rear axle and tiny rear drum brakes, it’s fun to drive this car. Due to its state of the art suspension system, you’d get a better grip than you would expect, and its body motions are well controlled.

Toyota Yaris hatchback is pleasant for your everyday commutes as it feels sporty and composed—more engaging than just basic transportation yet comfortable enough to cruise for hours.

Last year we declared the Toyota Yaris sedan our favourite subcompact, calling out its value, premium interior, and enjoyable driving dynamics. The Yaris hatchback shares those traits. It isn’t the cheapest hatchback in its class, but it ups the sedan’s play with improved styling and more versatile cargo space. A special all-wheel-drive Yaris with a carbon-fibre roof would still be pretty cool, but we’re not holding our breath. Toyota’s hot-hatch future in the U.S. appears to be limited to the next-size-up compact GR Corolla.

Toyota Corolla Hatchback is expected to be officially released in 2022. It will have a starting price around $30,000 that is around 24,000 British Pounds.

It’s believed that Toyota deliberately delayed the release of GR Corolla to create space for Toyota Yaris Hatchback sales which was released by Toyota in 2019. Automobile enthusiasts are desperately waiting for Toyota Corolla Hatchback to hit the roads.

To Win from CPEC: We must revise our trade policies…