Will Sindh government focus on upgrading health facilities across the province?

Sindh is facing several challenges due to bad governance. However, it is worth exploring if the Sindh government will focus on improving health facilities across the province after Sindh High Court has directed the government to do so. 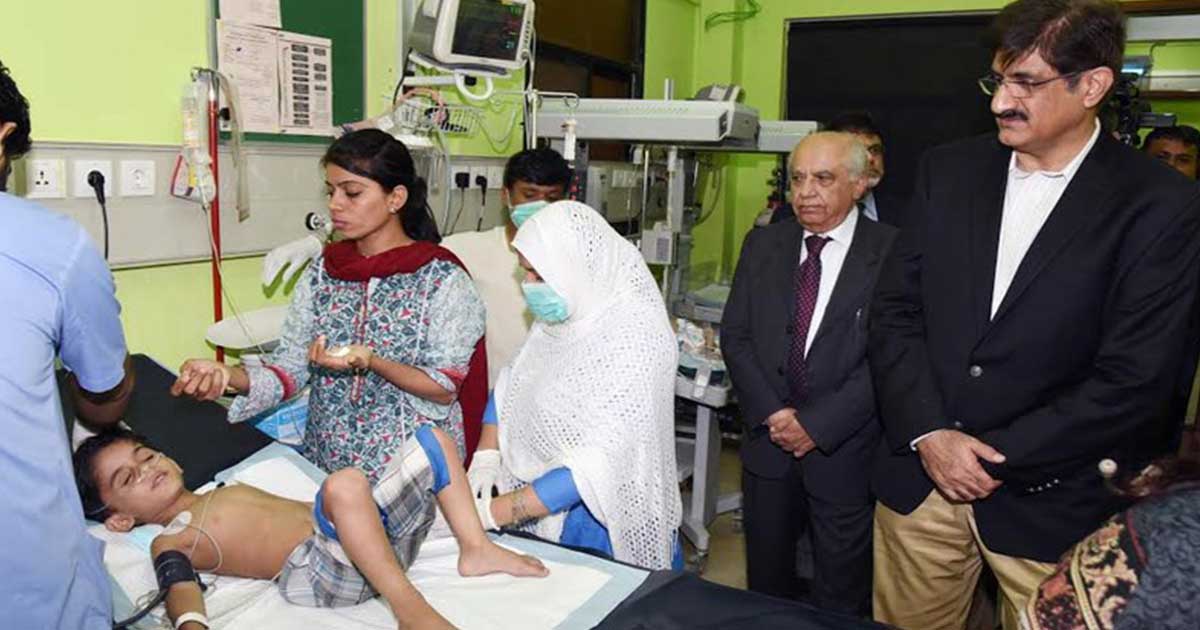 In an important development, the Sindh High Court on Thursday directed the provincial secretary for health to come up with a detailed report on Feb 20 regarding the public hospitals to be repaired, upgrade of operation theatres and purchase of equipment for such medical facilities. The state of health facilities in Sindh is quite dismaying. The authorities are seemingly unconcerned to deal with widespread HIV and AIDs case across the province. Experts suggest the federal government’s intervention.

According to details, a two-judge SHC bench headed by Justice K.K. Agha also asked the health secretary to file a progress report about procurement of required equipment for the Dr Ruth Pfau Civil Hospital Karachi (CHK) and said that it would not tolerate further delay on account of bureaucratic red tape since it was the fundamental right of the people to get adequate treatment with all necessary medical equipment.

The bench also called a progress report from the newly appointed medical superintendent of the Lyari General Hospital about the provision of machinery and equipment after rejecting a report which was not understandable.

In the last hearing, the bench had directed the provincial chief secretary, the secretary and the additional secretary of the finance department to appear in person to explain why a summary regarding equipment for the CHK had not been approved.

Secretary for planning and development Shaheen Mustafa Narejo submitted that there was no need for the summary regarding upgrade of operation theatres since the finance department had already released the funds and provided them to the health secretary.

The bench directed the investigating officer to ensure that the recommendations of the provincial task force for missing persons made in the case of a missing child must be carried out before the next hearing and called a progress report from the IO.

Earlier, the SHC had directed the provincial authorities to release funds to install equipment and facilities at the CHK to rectify the deficiencies highlighted in a judicial inquiry conducted on a directive of the SHC issued in October 2018 after health and hospital officials contended that the CCTV cameras were not working when a child went missing from the OPD.

The petitioner, Saba, moved the SHC in 2018 stating that she took her three-year-old son to the CHK for a check-up, but he went missing when she was busy in obtaining a token in the OPD.

Read more: Sindh government is not failing: It has already failed, Miserably

“The only good thing about the outbreak has been that it laid bare the multiple flaws in the system,” said a doctor who was one of the first responders to help with the H.I.V. outbreak which has affected nearly 900 children in Pakistan https://t.co/Jqm7WDNEHR— New York Times World (@nytimesworld) October 31, 2019

Read more: 84 Infants Died In Sindh: Where Is The Sindh Government?

It is yet to be seen whether the Sindh government decides to upgrade health facilities in rural Sindh after the directions being passed by the SHC or it will continue to maintain its silence.

Key Areas of Business Management Entrepreneurs Should Be Familiar With

Egypt’s search for a fig leaf: It’s not the Handball World Championship

Can magnetic stimulation reduce the impact of head injuries?