Will the Federal Government take control of three Karachi hospitals?

PPP Chairman talks much about governance in Sindh. However, the state of hospitals and the rise of HIV in the provinces contradict his version of reality. What will happen if the federal government takes control of three hospitals? Who will be responsible for their financial regulations? 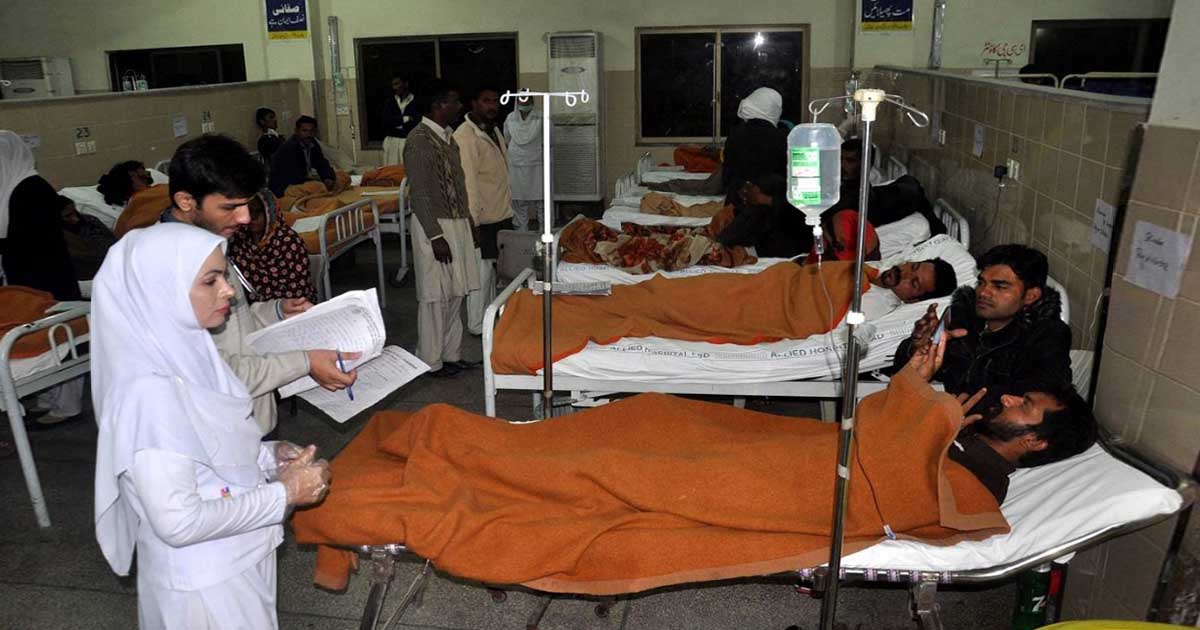 Dr Zafar Mirza, Special Assistant to the Prime Minister (SAPM) on Health, said on Sunday that three major hospitals of the port city will be under the administrative control of the federal government in a few months.

Dr Zafar Mirza said the federal authorities have been holding consultations with the Sindh government on a smooth transfer of these hospitals’ control to the Centre. He said powers devolved to the provinces under 18th constitutional amendment need to trickle down to lower tiers of administration at the district level. He also stressed the need for tackling health issues under a national emergency.

Read more: Sindh government is not failing: It has already failed, Miserably

Last year in July, the federal government had handed the ownership of the hospitals back to the provincial government. The centre had taken control of the port city’s three major hospitals in May following Supreme Court orders.

The Supreme Court of Pakistan in its judgment in January 2019, had given the control of the three major public-sector hospitals – NICVD, JPMC, and NICH – to the federal government. The court had given 90 days to provincial and federal governments for a smooth transition of the hospital’s control.

The federal cabinet in a session had approved the transfer of the administrative control of these hospitals to the centre.

NICH Director Prof Jamal Raza briefed the federal team on the services performed at the NICH, its assets, number of employees, vacant posts and number of patients

The Sindh government had filed a review petition in the Supreme Court, seeking the reversal of the court’s verdict and permission for it to run the hospitals. The provincial government and the health institutions had approached the court with a claim that since the subject of health had been devolved to the provinces under the 18th Amendment, the management of the JPMC, NICVD and NICH also vested with the Sindh government.

The apex court had rejected the Sindh government’s plea in January 2019.

A meeting was held in this regard at the Governor House in December 2019 during which the executive directors of the JPMC, NICVD and NICH briefed Special Assistant to Prime Minister on Health Dr Zafar Mirza, Sindh Governor Imran Ismail, Federal Health Secretary Dr Allah Bakhsh Malik and Federal Health Director General (DG) Dr Asad Hafeez on the functioning, patient flow, problems and budgetary requirements of the hospitals.

Dr Jamali said the JPMC would require at least Rs8.3 billion in the next fiscal year to properly run the health facility, keeping in view the growing number of patients, and requirement of funds for new equipment, medicines, salaries and fresh hiring of medical and paramedical staff. She added that no promotions of doctors and staff were also a serious issue being faced by the institute.

“Doctors, professors and other staff have not been promoted to the next grades since 2011, which is a serious issue. The health facility is also short of staff,” she told the federal health authorities and added that the JPMC staff would not accept any other institution’s hegemony over them.

NICH Director Prof Jamal Raza briefed the federal team on the services performed at the NICH, its assets, number of employees, vacant posts and number of patients. He said the institute would be in need of over Rs4 billion for its proper functioning as children not only from other cities of Sindh but also from Balochistan were brought to the NICH.

During their visit to the National Research Institute of Fertility Care (NRIFC), the secretary said the federal government had decided to resume funding of the fertility care institute to carry out research on contraceptives and study their side-effects.

“The federal government has resumed the funding of NRIFC Karachi for the current year and it would also get the funds to continue research and tests in the future,” Dr Malik told media.

Established in 1962, the NRIFC was shifted from Saddar to Clifton in 1990 for want of space. Located in Clifton, the purpose-built health facility on 4,000 square yards has 17 rooms, including a clinical trial room, contraceptive testing lab, biochemistry lab, radioactive lab and chemical storage space.

The federal health secretary said the NRIFC was established to conduct research on reproductive health with special emphasis on matters related to family planning. He added that keeping in view the importance of research in these areas, the federal government had decided to resume the funding of the fertility care institute.

When it was founded, the NRIFC was a federal research body. However, after the devolution of the health ministry to the provinces in the 18th constitutional amendment, the Sindh government claimed that the institute had come under its control but the federal government insisted that the institute fell in its domain. Ironically, despite claiming the possession of the institute, both the governments did not pay a single penny to it for the last several years to run its affairs.

As far as the challenge of epidemic diseases in Sindh is concerned, the government seems to be failed. A report by the Director-General (DG) Health, Sindh, Dr. Masood Solangi, on the spread of HIV in Larkana’s Rotodero district has revealed startling facts. According to the report, over 14,000 people in the Rotodero district were screened out of which 534 tested positive for the HIV virus.

Read more: 84 Infants Died In Sindh: Where Is The Sindh Government?

Zaigham Khan, a development expert who writes a column for the newspaper The News, noted that Pakistan spends less than 1 per cent of its G.D.P. on health care and that only one doctor is available for every 6,000 people, mostly concentrated in urban areas. “Pakistan is facing a full-blown public health crisis, mainly rooted in ineffective governance and dominance of special interests,” Mr. Khan said.

PM Imran Khan, not Hazara mourners, is the blackmailer

Imran confronts Nawaz on his plea to delay the verdict