How dysfunctional state structures can fail us in every crisis?

We all waited for change. But we haven't seen it yet. This is about time we revolutionized our institutions and policy-making. We have to get prepared before next crises. Here's how... 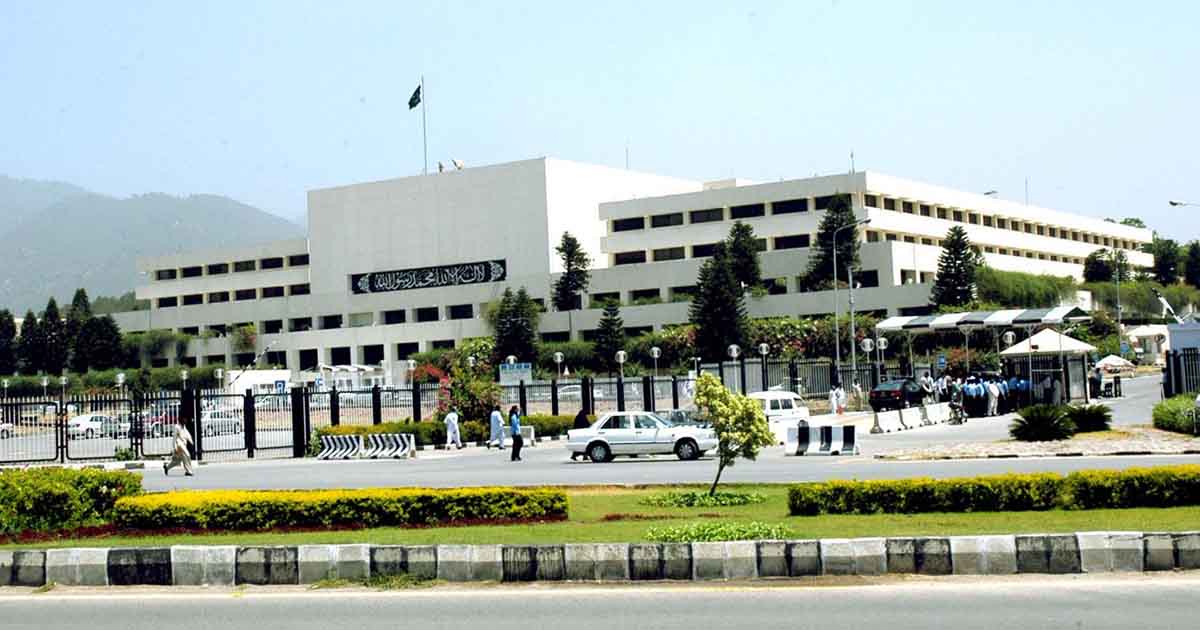 Coronavirus has exposed the frail nature of the modern state structure, all across the world. Countries that took great pride in their technology, service delivery systems, and governance matrix, have all been made to kneel – in humility – at the feet of this growing epidemic. Collapse of global healthcare systems, coupled with sprawling economic fallout, have forced the formidable West to rethink its governance priorities, and to re-envision their institutional framework.

In Pakistan, the problems have been compounded by a dysfunctional state structure, and decades of misplaced priorities. Over the past thirty years, Pakistan has seen a consistent decline in its public healthcare system, which has been made worse by debilitating brain-drain of qualified healthcare professionals.

In the circumstances, vested commercial interests have resulted in the creation of an ‘elitist’ private healthcare industry, with mostly substandard facilities, which caters to a small fraction of our population who can afford to foot the exorbitant bills.

This brittle healthcare structure, backed by limited resources and lackluster governance initiatives, was suddenly confronted with the coronavirus epidemic. The resulting collision has not only exposed the feeble state of public healthcare in Pakistan, but (more importantly) also the insurmountable gap in the policy making mechanism through which an epidemic can be confronted.

As it turns out, in the wake of the celebrated 18th Constitutional Amendment, there is no real way of making a coherent national healthcare policy, and homogenously enforcing it across all parts of Pakistan. Under the existing constitutional and administrative scheme, the federal government, for all intents and purposes, has no authority to interfere in the management of healthcare matters by the provinces.

Even the provinces, stricto senso, do not control all the healthcare facilities within their territory – some of which have been devolved to the respective local governments. Consequently, as apparent in the ongoing proceedings of the honourable Supreme Court, there is no one person, or body, or institution that can be held accountable for provision of healthcare services to the people of Pakistan, or for formulating an actionable plan to cater to the exigencies of an epidemic.

First, it was Nawaz Sharif and his “yeh hain woh assasey”. Then it was Khawaja Asif and his ‘sharam haya’ tirades. Then Fawad Chaudhry and Murad Saeed with their punchy responses

Even if a policy consensus could be forged between the competing participants of our multi-tiered governance structure – as was recently done on the orders of the honourable Supreme Court – there is no coherent mechanism for enforcing the same throughout Pakistan. Enforcement, in this regard, requires a coordinated effort between various agencies of the federal and provincial governments, all of which are subservient to the disparate instructions and interests of their respective political masters.

In the circumstances, while various institutions attempt to grapple with the sprawling effects of this epidemic, one thing has become crystal clear: the federal and provincial parliaments are entirely irrelevant in formulating a concerted strategy for tackling the issues at hand.

This is not a partisan claim. Unfortunately, all sides of the political isle are to be blamed for this rudderless legislature. The respective federal and provincial governments have not articulated a clear policy, concerning coronavirus, at the floor of the parliament. The opposition, in response, also has no policy proposal or alternative.

Read more: POLITICIANS COULD NOT UNITE AGAINST COVID-19

Consequently, parliamentary sessions, whenever called, are scarcely attended and conclude in no meaningful policy dialogue or outcome. Worse still, is the fact that there has been no legislative proposal by any member of the respective assemblies, for long term and sustainable healthcare reform agenda.

Let us call the truth as it is: the current dispensation of democratic governance, embodied in our constitutional system of parliamentary democracy, is just not working in Pakistan. As an example, National Assembly, the epicentre of parliamentary political drama, depicts the grimmest of pictures. Over the past three years, ever since the Panama Leaks, the National Assembly proceedings have been entirely consumed in defending the personal wealth of select fiefdoms.

First, it was Nawaz Sharif and his “yeh hain woh assasey”. Then it was Khawaja Asif and his ‘sharam haya’ tirades. Then Fawad Chaudhry and Murad Saeed with their punchy responses. Then the politics of production orders, allowing Shehbaz Sharif, Asif Zardari, Saad Rafique and others to present their political defence to legal problems. Everything, except discourse on issues of public concern.

Can democracy function ‘better’, in Pakistan, if certain structural changes were enacted into our Constitution and the law?

Similarly, the floor of the Punjab Assembly, over the past several years, has been an exposé of sit-ins and walk-outs, punctuated with bouts of abusive name-calling. During the PML(N) government years, PTI members barely allowed any legislative work to be done, and preferred long sit-ins outside the steps of the Parliament.

Over the past few years of PTI’s government, PML(N) and other parties have effectively blocked all activity in the assembly, focusing exclusively on production orders and press-talks, aimed solely at attempting to exonerate the dynasties they serve.

In Sindh, the matter is even graver. Episodes of verbal abuse and physical threats by competing political representatives, continue to creep into the assembly proceedings. Till recently, PPP members, who should have been advocating the legislative agenda of their government, used their speeches in the assembly to justify Zardari’s personal wealth and the honest (!) business practices of Omni Group.

All the while, children continue to die of hunger in Thar, lawlessness is rampant throughout rural parts of the province, HIV virus is destroying innocent lives in Larkana, vaccine for Rabies is still not available, and a few days of rain turned the streets of Karachi into disease infested garbage dump.

Importantly, during this time, the respective assembly sessions have incurred billions of Rupees in expenditure (more than fifteen billion according to most estimates), with nothing material to show for it.

Truth be told, it is not the ‘parliamentary form of government’ that is at fault. Because this system of governance seems to be working just fine for many other countries. We are told that it worked well for Pakistan too, once upon a time. The problem, at this moment, is the people who occupy this system, and the manner in which we elect them.

So what should we do? Should we wait a few decades on the faint promise that our parliament will one day turn its focus away from defending personal fiefdoms, and instead focus on collective welfare? Or should we, instead, think of restructuring our system of governance, so as to envision a more functional and result-oriented constitutional framework? Can democracy function ‘better’, in Pakistan, if certain structural changes were enacted into our Constitution and the law? If so, what are those changes, and in what manner should they be enacted?

These are serious questions that require national debate. They require vociferous arguments from all stakeholders – most of all from the people at large, who are the final custodians of our Constitution. There is no reason to remain pedantic in our approach to the existing constitutional framework. This is a time for imagining a better society, in a new constitutional paradigm, so as to better deliver the promise of democracy to our people.

Sharif appears before the accountability court amid tight security