A public policy expert analyses how Pakistan is fast developing its tourism potential through a cock tail of policies, enactments of laws, administrative steps and media management. He analyses how KP has led the way through KP Tourism Act-2019 and creation of KP Culture and Tourism Authority.

Being home to three of the world’s largest mountain ranges, blessed with four weathers, a rich history and culture, boasting numerous Muslim, Sikh and Buddhist religious sites, having more than a thousand-kilometer long coastline and not to forget the centuries-old Taxila and Mohenjo-Daro sites, not many countries can match Pakistan’s potential.

The picture of Prince William and Kate Middleton sporting traditional Chitrali caps and walking amongst the locals in a small Kalash village took social media by storm. Khyber Pakhtunkhwa, a province once known as the hotbed of terrorism, is now welcoming international guests, charming them with its rich culture and heritage, striking natural beauty and scrumptious cuisine.

And the world is getting to rediscover KP’s tourism wonders, long lost in more than a decade-long war on terror. In recent months, Pakistan has witnessed visits by international opinionmakers, like the popular Polish travel vlogger Eva Zu Beck and food connoisseur Mark Weins. Zu performing the ‘Kiki challenge’ in and around a PIA aircraft fascinated the Pakistani masses.

She then went on to visit many tourist spots in KP and lauded the country’s potential to be the world’s greatest tourism destination. Like Zu, Weins also thoroughly enjoyed his trip to Khyber Pakhtunkhwa. He relished the chapli kebabs at Mardan, calling them the best kebabs he has ever had – ‘the life-changing King of all meat patties’. He roamed in Qissa Khawani Bazaar, treated himself to Kabuli Pulao, Lassi, and maize bread and shopped for Kaptaan Chappal.

According to Weins, he took the most impressive image of KP’s foods and people with him to Thailand. And then, to top it all, very recently Pakistan topped the Condé Nast Traveller magazine’s list of best holiday destinations for 2020, putting the country on the international tourism map. How has this transformation happened? And is Pkistan ready to become a prominent international tourism destination?

Over the years, the ‘tremendous tourism potential of Pakistan’ had become more of a rhetoric, with sites like Katas Raj falling victim to reckless industrialization, gross neglect, and excessive mismanagement. The popular local tourism destinations have become over-commercialized, rife with haphazardly constructed tacky hotels, make-shift shops, and shabby restaurants.

At the same time, the civic infrastructure has been crumbling owing to excessive tourist traffic. The incapacitated local governments have failed to respond to these challenges, leaving the high-traffic tourist areas to the mercy of local real estate mafias, trade unions, and rent-seeking officials. 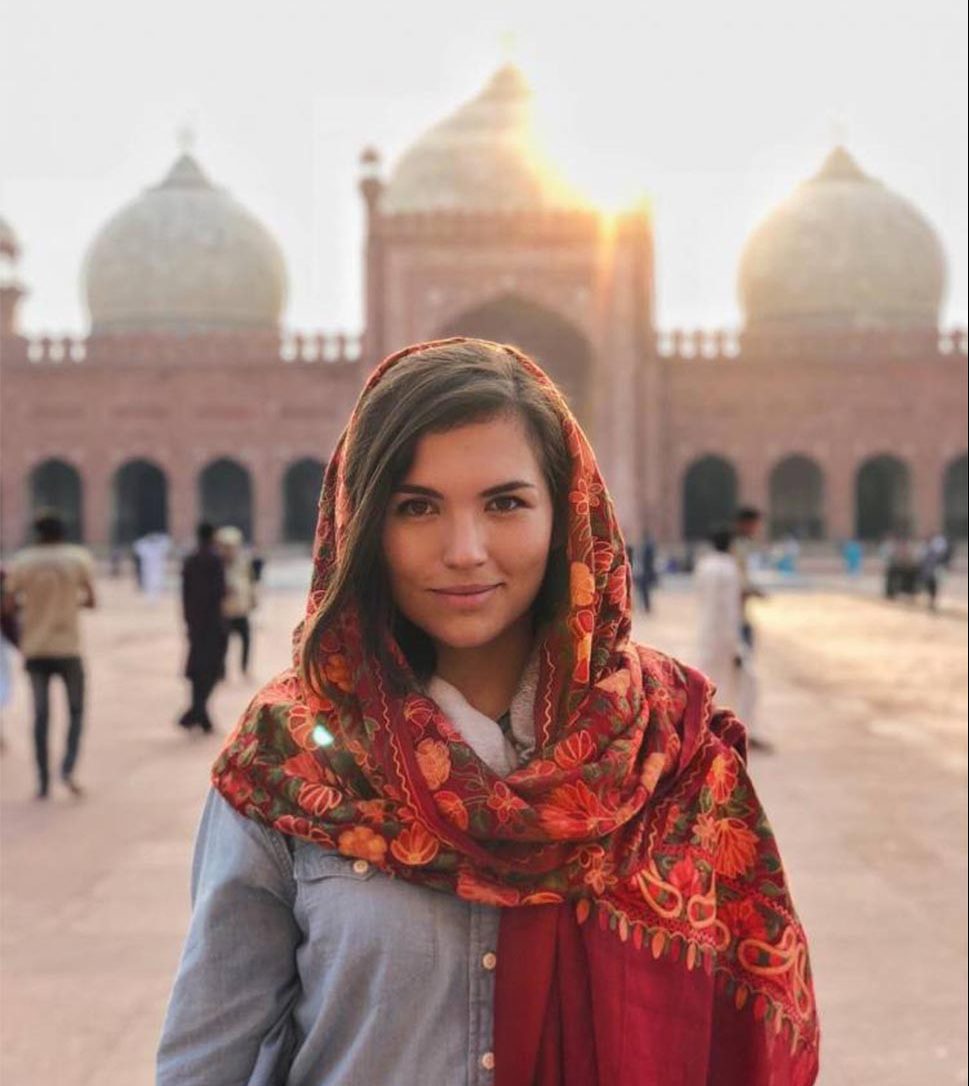 The security challenges faced by the country have also played their part in the worsening tourism industry over the last decade. Until a few years ago, Pakistani airports were welcoming flights from global airlines like Lufthansa, Cathay Pacific, KLM, Swiss Airlines, Scandinavian Airlines, Air France, British Airways, Alitalia, Japan Airlines, Singapore Airlines, and even the defunct Pan American Airways.

But after the surge in terrorism incidents, all these airlines halted their operations in Pakistan, one after the other. Today, out of 80+ airlines flying to South Asia, only 20-25 land at any Pakistani airport. Pakistan, which in 1997 accounted for about a quarter of air transport passenger traffic of South Asia, now claims a mere 6%.

No wonder that Pakistan ranked at 121st position amongst 140 countries on World Economic Forum’s Travel and Tourism Competitiveness Index in 2019. The country scored exceptionally poorly on parameters like tourist service infrastructure, air transport infrastructure, and environmental sustainability. But despite this bleak situation, it is hard to ignore what Pakistan has to offer in terms of its tourism assets.

Being home to three of the world’s largest mountain ranges, blessed with four weathers, a rich history and culture, boasting numerous Muslim, Sikh and Buddhist religious sites, having more than a thousand-kilometer long coastline and not to forget the centuries-old Taxila and Mohenjo-Daro sites, not many countries can match its potential.

Then comes the price competitiveness. With plenty of cheap accommodations, transport options, and food choices, the country is a much more economical destination than many others in Asia and Europe. And with the most significant obstacle – the law and order challenge – now improving, Pakistan is undoubtedly becoming an international tourist’s dream coming true.

But this tremendous potential on its own is not enough. What we need to boost tourism is a good story and plenty of groundwork to pull the tourists and provide them with a pleasant experience. With British Airways resuming flights to Pakistan and Air France, Lufthansa, and Norwegian Airlines also gearing up to join the club, a positive vibe has been created about Pakistan’s improving security situation.

Tourism promotion plans under the China Pakistan Economic Corridor (CPEC) have also renewed the world’s interest in the country, and investors are now intently looking at what’s unfolding in this market of 200+ million people. 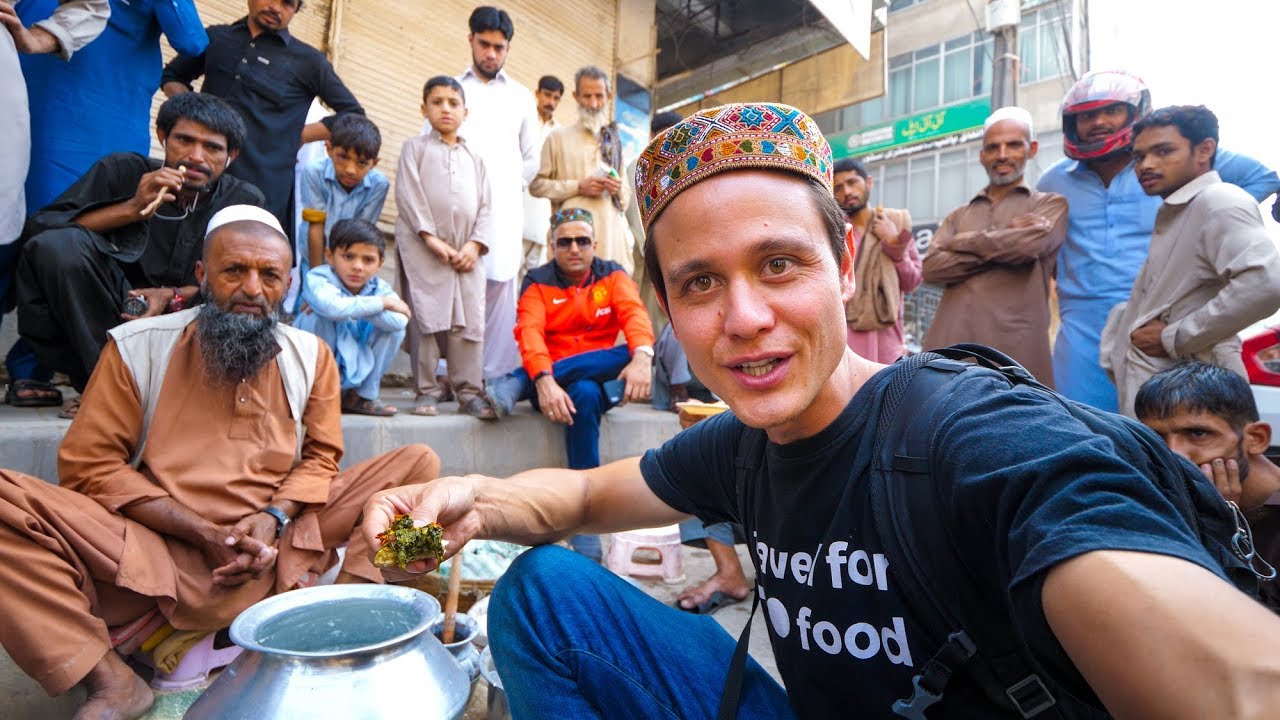 Within the country, the KP Government, in particular, has done a spectacular job in shaping up this new tourism narrative. The historic Governor House in Khyber Pakhtunkhwa was opened for the public, in addition to 49 other government guest houses. KP also announced the launch of tourist trains, in collaboration with Pakistan Railways, to connect different tourism destinations within the province.

The service is aimed at making the ancient remains of the Gandhara civilization more accessible to the public. Additionally, the provincial government has set up a Buddhist trail from Khanpur to Swat, covering over twenty sites and thousands of Buddhist relics, attracting an influx of pilgrims. The renowned three-day Shandur Polo festival hosted a record-breaking 40,000 visitors in 2019. 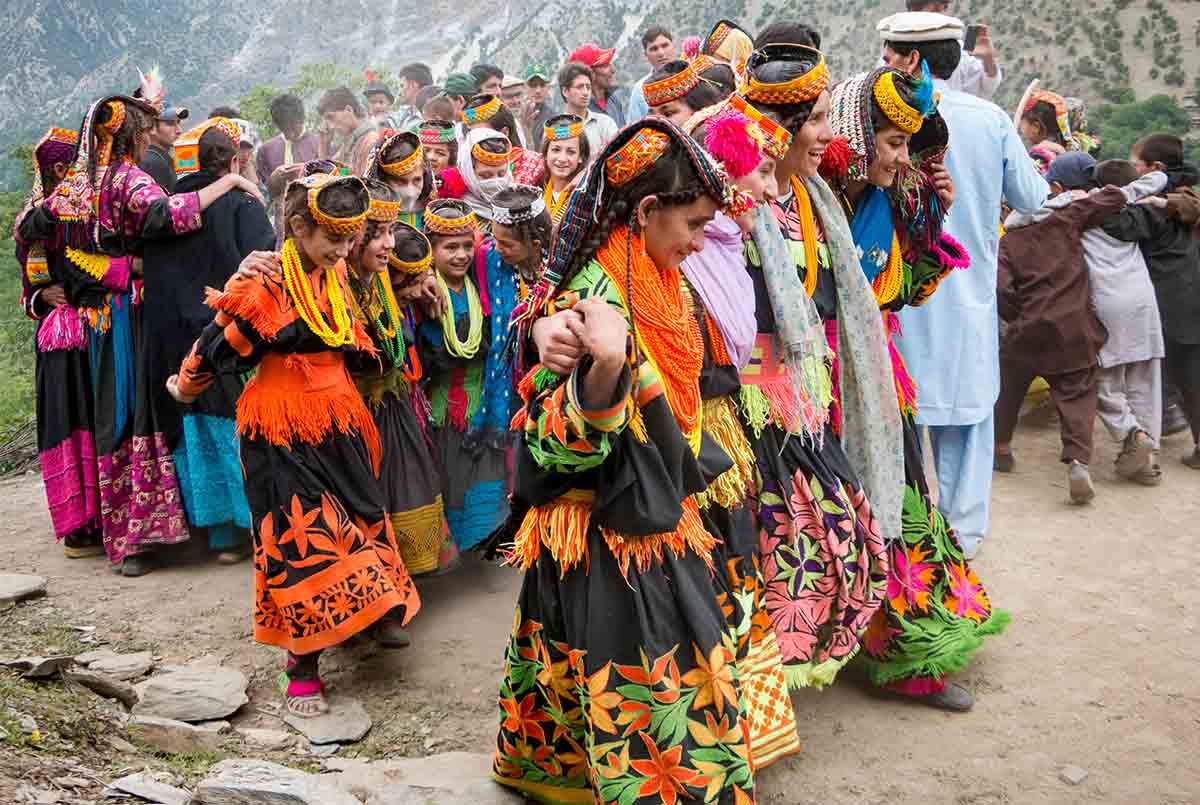 In the same year, the province also received international acclaim for its initiative to set up camping pods and tenting villages, promoting eco-tourism and providing a brilliant alternative to the over-capacitated hotels and guest houses. KP also initiated a catchy cleanliness and anti-littering campaign. The viral social media sensation and child star, Ahmad Shah, was recruited to spread this positive message.

With British Airways resuming flights to Pakistan and Air France, Lufthansa, and Norwegian Airlines also gearing up to join the club, a positive vibe has been created about Pakistan’s improving security situation

In a widely popular advertisement, he encouraged visitors to be environmentally conscious and to pick up their trash. The government also deployed a dedicated Tourism Police to provide safety and security to the incoming tourists. 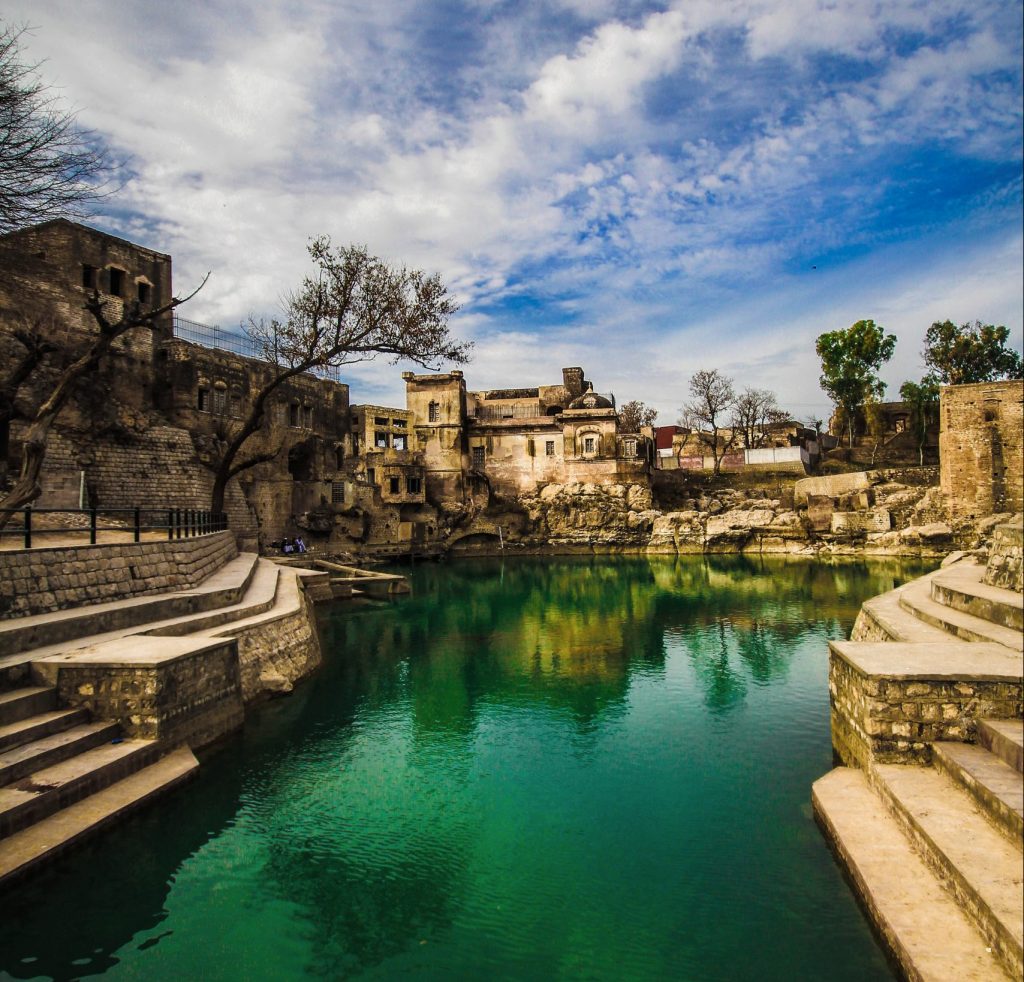 This changing narrative also found its way to the international scene. Consequently, a Swiss hotel chain has announced its plans to open luxury hotels in KP, while investors from Qatar and Kuwait have started to explore tourism investment opportunities in the province.

But this narrative by itself is not enough to sustain this newfound excitement in Pakistan’s tourism potential. The story has to be backed by a hassle-free visa regime and meticulously managed tourism destinations, with modern facilities, fun-filled activities, and a safe and clean environment. So, is the government doing enough to substantiate this new tourism story?

Tourism has always been high on Pakistan Tehreek-e-Insaf’s agenda and even claimed a prominent spot on its election manifesto in 2018. The federal government did play its part with the launch of an online visa facility for 175 countries by Prime Minister Imran Khan in 2019. But the provinces have failed to reciprocate, despite the fact that at the provincial level, the role of the state is of paramount importance.

Infrastructure departments need to construct roads to connect tourism destinations; police have to ensure the safety of tourists; transport department has to provide reliable transport; local governments need to manage land zoning and provide municipal and other local services, whereas investment agencies or departments need to create bankable investment opportunities to attract private capital. Failure of even a single organization can fail the whole strategy. 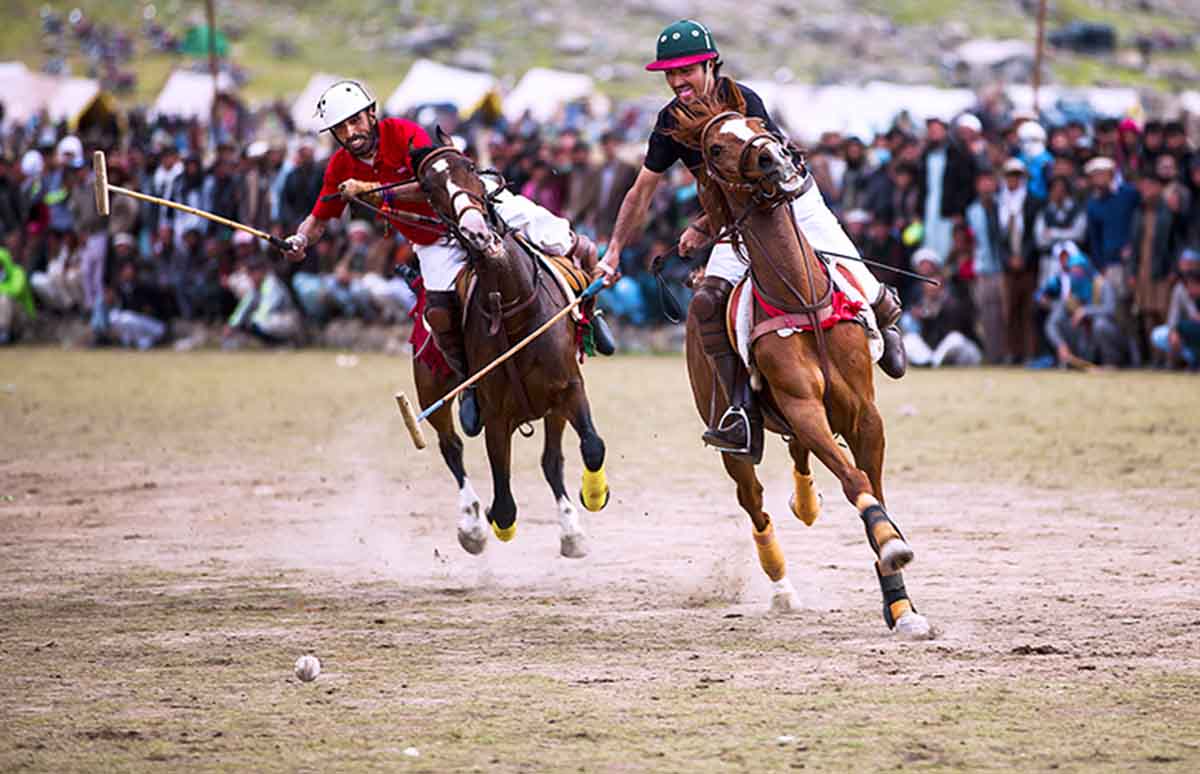 Khyber Pakhtunkhwa, however, has again been an exception in this regard. Last year, the province came up with the ground-breaking legislation – The Khyber Pakhtunkhwa Tourism Act, 2019 – that aims to completely disband the old dysfunctional institutions like Directorates of Culture and Tourist Services and replacing them with an autonomous and powerful KP Culture and Tourism Authority.

The law also attempts to address the multi-sector coordination challenge, by creating Integrated Tourism Zones, with exclusive jurisdiction of KP Tourism Authority and eliminating any role of local governments and other departments. Not only will it ensure a clear mandate and better accountability, but this approach will also address the problem of poor capacity of local governments and their failure to effectively manage the tourist sites.

Most importantly, the new legislation emphasizes the government’s role as a regulator and facilitator rather than a service provider and encourages engaging the private sector. It is, however, not as easy as it sounds. It needs concerted efforts by both the federal and provincial governments to attract a flow of private investment, without which the government efforts could be futile.

Pakistan is full of government-managed tourist facilities, which cut a sorry figure,offering low-quality services and miserable experience. What we need is private sector-led tourism growth, supported by an efficient regulatory structure and targeted incentives. It is, therefore, still quite early to declare a victory. Pakistan is rife with examples of laws that are never implemented. 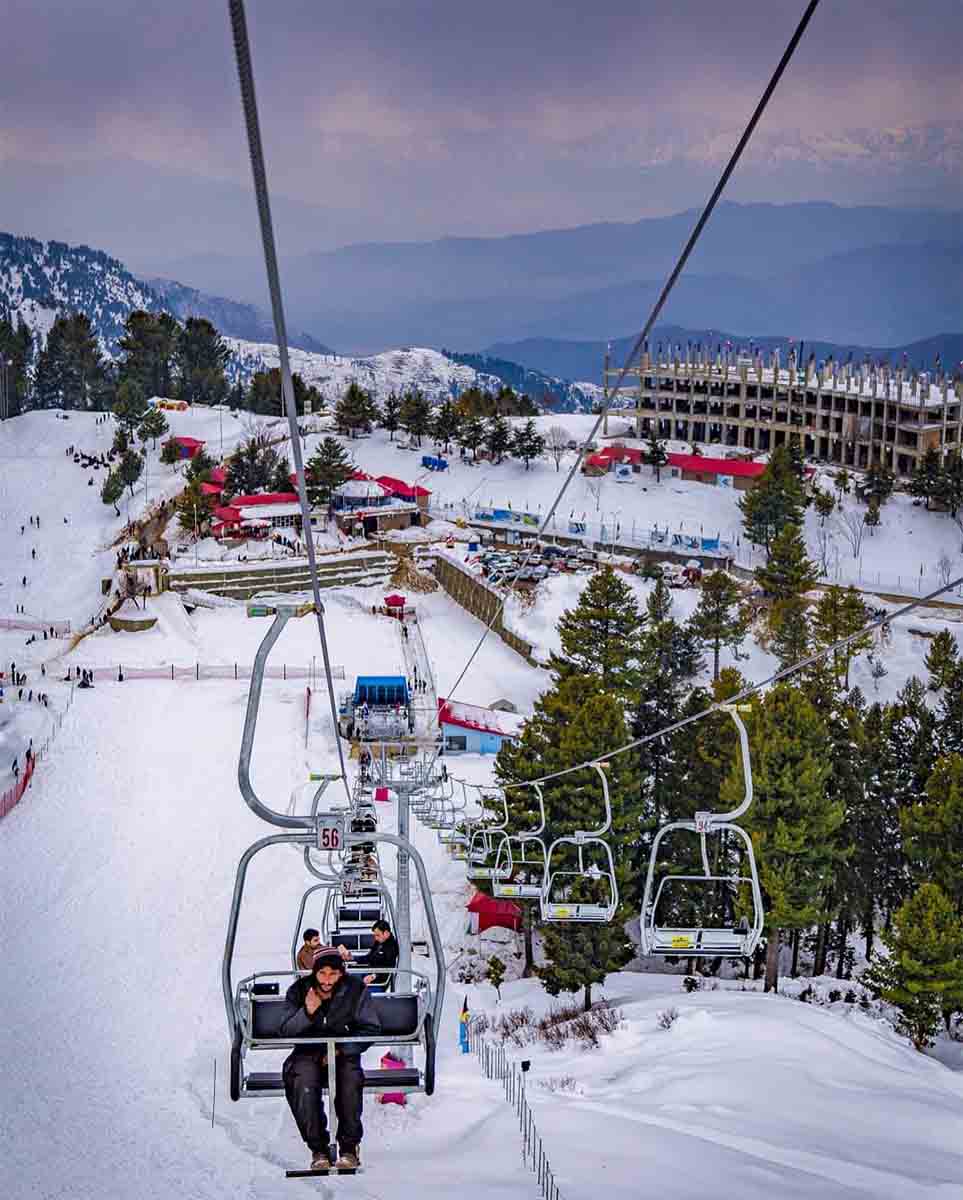 Promulgating a new law is no guarantee that tourism in KP will be improved. But it is undoubtedly a step in the right direction, something that needs to be replicated in other provinces. The provinces also have to get their act together in improving tourism infrastructure.

But most importantly, the provincial governments need to re-energize their tourism departments, agencies and authorities to create the requisite capacity to undertake and manage all these new ventures. We must remember that it’s an opportune time for Pakistan’s tourism sector. With the abundant potential to attract tourists from all over the world, the sector can be a game-changer for Pakistan bringing in much-needed foreign capital and contributing to national economic growth.

The writer is a public policy expert and an honorary Fellow of Consortium for Development Policy Research. He tweets at @ hasaankhawar