PTV at 53: The Rise, The Fall and The Rise of Pakistan Television

For PTV’s 53rd birthday, Global Village Space looks back at how this national television network came into being and where it currently stands.

This November marks the Pakistan Television Corporation (PTV)’s 53rd Anniversary. Those of us who remember the days of Waras, Anghan Tera, Ainak Wala Jin and Dhoop Kinaray still find themselves nostalgic recalling those days. PTV singlehandedly gave birth to the television industry in Pakistan; and produced a generation of stars who are now legends, thanks largely to their roles in iconic PTV shows.

For PTV’s 53rd birthday, Global Village Space looks back at how this national television network came into being and where it currently stands. PTV began its operations in 1964, after 90 days experimental run. A few years prior to the fi rst transmission, President Ayub Khan had stirred the notion of starting media and television industry in Pakistan.

The officials of PTV have also been instructed to improve content, programming and screens to help PTV tackle the current financial crunch the entity is under.

By 1963, television stations had been established both at Lahore and Dhaka. The establishment of the private television broadcast company was spearheaded by a renowned industrialist Syed Wajid Ali in a joint venture deal with Japan’s Nippon Electric Company and Thomas Television International of UK. On November 26, 1964, Syed Wajid Ali launched first ever news broadcast of Pakistan Television Cooperation.

President Ayub Khan inaugurated the first TV station transmission, commissioned from Lahore; and a month later, from Dhaka. A third center was established in Islamabad in 1965 and the fourth in Karachi in 1966. Three years later; a public limited company, Pakistan Television Corporation, came into being.

Following the 1971 Indo-Pakistan war, PTV was nationalized by President Zulfikar Ali Bhutto. His administration publicly funded its infrastructure expansion and promotion of literature, science-fiction, music and plays. Pakistan Television initiated its first color transmission in 1975, shifting from its erstwhile black and white presentation.

In the 80s, PTV outreach exceeded over 90% of the population. Being the only television service in Pakistan, PTV wielded unprecedented power over viewers. During President Zia-ul-Haq’s regime in 1980s, conservative views were advanced through PTV. Historically, PTV has always been used to promote government agenda; whether it was ultra-conservatism, moderate liberalism or pseudo-nationalism.

In the absence of competition, PTV enjoyed absolute sway across the nation. During those illustrious times, its accomplishments were attributed to its prudent selection of programs. Around 56% of transmission time was allocated to entertainment, and 25% to news, views and educational content. Most of the content was in Urdu and only a fragment was devoted to English. 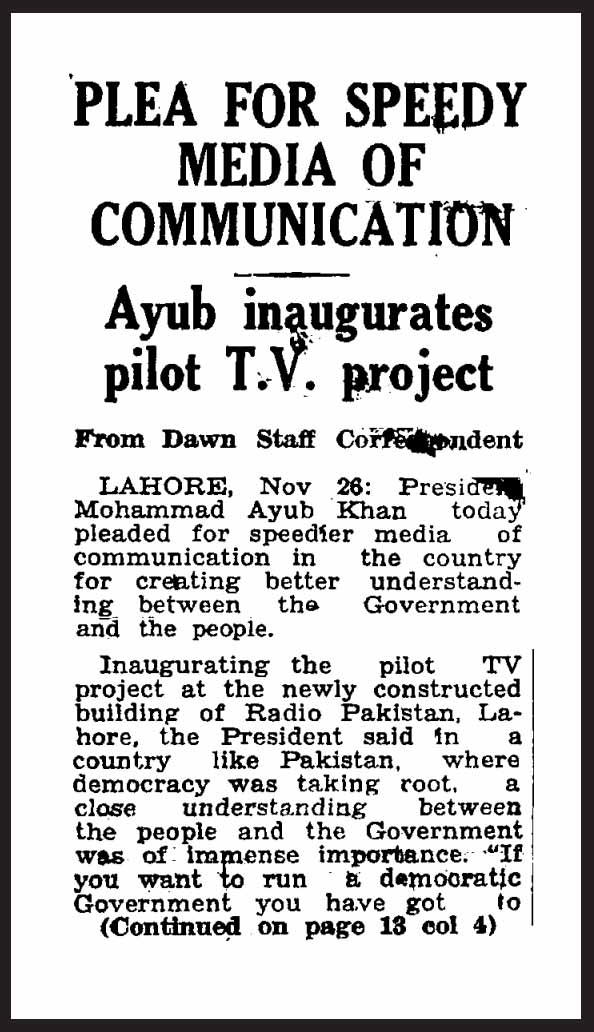 In competition with other private channels like STN; PTV in 1992, enhanced its coverage across Bangladesh, India, the U.S. and the Gulf States. Over the years PTV widened its appeal by stepping into the satellite TV sphere.

Aside from PTV Home and PTV News which are terrestrial TV channels, PTV World (the only English Channel in Pakistan), PTV National, PTV Sports, PTV Bolan (for the Balochi Pashto and Brahui speaking public), AJK TV (for the residents of Gilgit Baltistan and Azad Kashmir) and PTV Global (devoted exclusively for transmission outside of Pakistan) became very popular.

PTV singlehandedly gave birth to television industry in Pakistan; and produced a generation of stars who are now legends, thanks largely to their roles in iconic PTV shows.

Out of all these channels, PTV Sports is the only one that continues to be a staple in every household. This satellite channel broadcasts live sporting events including cricket matches and thus it is go-to sports network for Pakistani sports enthusiasts.

Earlier this year, PTV also commenced PTV Parliament test run, with its aim to improve the performance of elected representatives; this channel will be televising day-long parliamentary proceedings as well as standing committee meetings. Despite PTV’s initial success, it no longer commands the prestige it had two decades ago.

First, one to break the monopoly of PTV in Pakistan was Shalimar Television Network (STN). Under agreements with various international corporations, the network started telecasting news from CNN and BBC in addition to other shows and aired them on their time block NTM (National Television Marketing).

During Zia’s era, PTV had a more conservative outlook with less focus on entertainment. NTM managed to generate interest through its local shows ranging from drama serials to music extravaganza thus producing a galaxy of stars including Atiqa Odhu, Sania Saeed and Humayun Saeed.

Soon, cable TV networks and foreign satellite TV attracted the audiences away from PTV; as people had ostensibly grown weary of strictly censored portrayals, a legacy of Zia’s era policies. The television sector was liberalized in 2002 during General Musharraf’s tenure. His moderate views were instrumental in the enactment of liberal media regulations, paving the way to grant licenses to private media outlets.

Hence an unprecedented surge in number of satellite channels in Pakistan afforded the viewers a wider range of media to choose from, drastically reducing the number of people watching PTV. The burgeoning popularity of cable TV and set top boxes significantly hurt PTV’s popularity.

On May, 2005, ATV (another venture of Shalimar TV Network) also entered the terrestrial television network race with shows that had storylines resembling those of Star Plus. In the last decade, there has been an unprecedented rise in the popularity of numerous private TV channels; such as GEO TV, ARY Digital, HUM, etc. which feature news and entertainment.

In competition with other private channels like STN; PTV in 1992, enhanced its coverage across Bangladesh, India, the U.S. and the Gulf States.

Apart from that; TV series, plays and soap operas are broadcasted to the majority of the population through Cable TV. Currently, there are more than 100 private television channels vying for the attention of the audiences. The steps for the revitalization of PTV need to be carefully orchestrated and meticulously implemented.

Despite having been envisaged as a tool for the formulation of public opinion in consonance with the national policies; PTV performed very well in providing much-needed entertainment in addition to enlightening the masses through its talk shows. 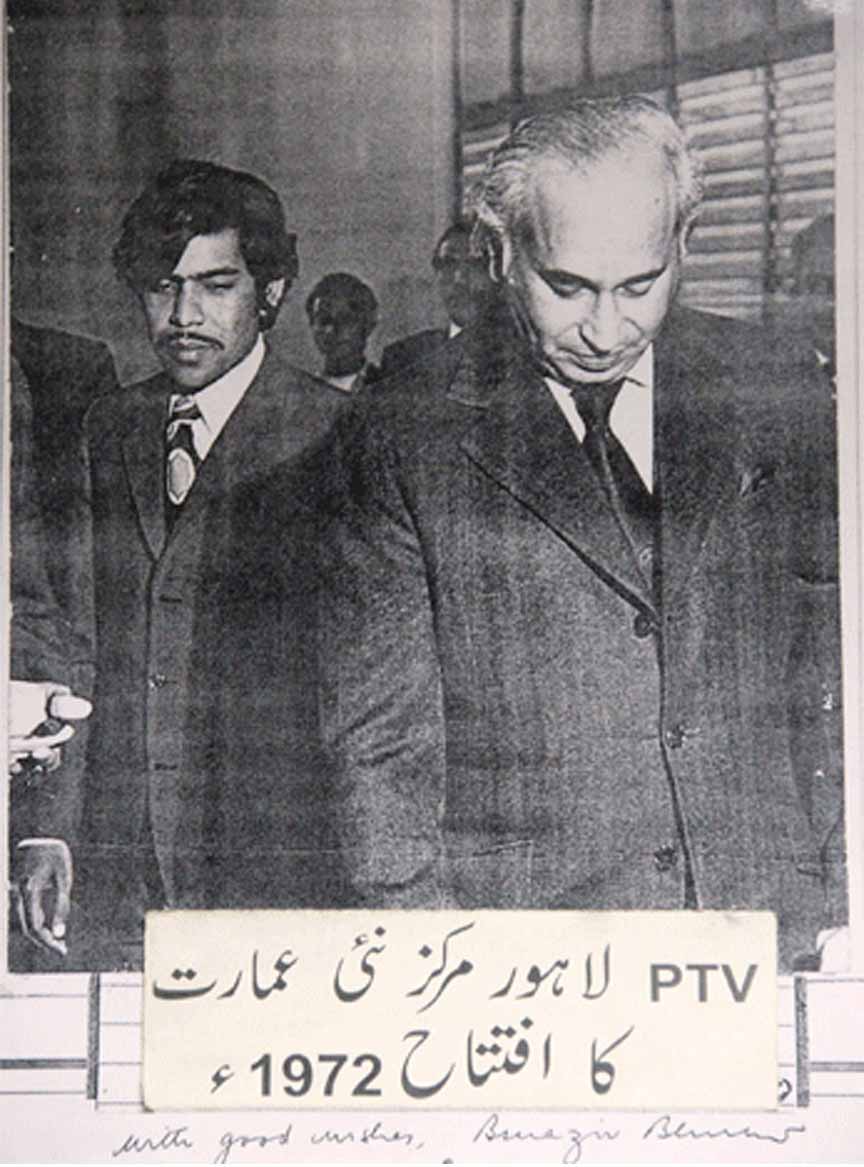 The undeniable success of PTV’s entertainment portfolio can be traced back to early days of its existence, when the establishment of the channel propelled luminaries like radio broadcaster Agha Nasir to transition to PTV, to produce classic dramas like Khuda Ki Basti and Taleem-e-Baligham.

A dazzling cluster of writers contributed significantly in making drama series that earned acclaim for PTV. Ashfaq Ahmed’s Aik Muhabbat So Afsanay, Amjad Islam Amjad’s Waris and Dehleez were trendsetters for PTV history. Bano Qudsia’s Kallo and Koi To Ho have been appreciated by scores of audiences. Other important writers of the time include Haseena Moin, best known for the renowned Ankahi.

Legend has it that during the show’s airing time, the streets were deserted, with every household glued to the screen. Her other works include Tanhaiyan, Kiran Kahani and Uncle Urfi. Younus Javaid’s Andhera Ujaala and Fatima Sariya Bajia’s Shama were some of the classics.

The success of these shows also made stars out of ordinary people like Qavi Khan, Abid Ali, Shakeel, Najma Mehboob, Talat Hussain, Qazi Wajid and Uzma Gilani among many others. Moeen Akhtar and Bushra Ansari too, became superstars through their lively hosting, acting and even singing on PTV. PTV also brought forth the musical talent in Pakistan to the forefront.

In its early years, PTV broadcasted children’s musical drama “Kaliyon Ki Mala” where both Bengali and Urdu songs were sung to bridge the lingual differences between East and West Pakistan. PTV was used as a tool to foster unity through music. Successful musical program conceived by maestro Suhail Rana introduced the world to talents like Nazia Hassan, Vital Signs, Junoon, Jupiters, Najam Shehraz and Hadiqa Kiyani.

Recently, Information Secretary Ahmed Nawaz Sukhera revealed that PTV’s decline was largely due to shortage and mismanagement of resources. Due to lack of funding and mishandling of money, PTV was still utilizing equipment that it had purchased in 1974.

Soon, cable TV networks and foreign satellite TV attracted the audiences away from PTV; as people had ostensibly grown weary of strictly censored portrayals, a legacy of Zia’s era policies.

However, some efforts are being carried out to revive the old glory of PTV. Earlier this year in August, the Information Minister Fawad Choudhry ensured that the management of full editorial independence; doing away with decades-old political control on the state governed television. He confirmed that the government would work hard to restore the image.

He also called for the initiation of public-private partnership for rejuvenation of past glory, as well and safeguarding the interests of the employees. In recent years, ‘PTV Home’ has begun airing selected foreign content and making deals with production houses to air their dramas on the network.

It needs to be appreciated that at its zenith the stories in the dramas were profoundly relevant to the lives of average Pakistanis and continues to resonate with so many of us, even after all these years. Many believe that its decline was due to the internal creative decision to focus less on social problem dramas which seems hardly logical, given how much public interest and acclaim drama series like Udaari and Sammi have garnered.

Although dwindling day by day, PTV still has influence at the grass-root level in Pakistan. It needs to delve deeper into social issues and produce entertainment that people could relate to. In August this year, the PTI government removed political censorship from PTV, and announced that it will no longer be ‘private property of any government’.

Information Minister, Fawad Chaudry stated that Associated Press of Pakistan (APP), PTV and Radio Pakistan will be made independent with no political interference, drawing parallels to foreign media outlets. So far, for the first time after many years, it is showing speeches of opposition leaders in parliament– a practice that had more or less been done away with for decades.

Only time will tell if PTV will once again begin the channel loved by millions, but the ever-lasting appeal of its glorious past continues to make us every bit nostalgic.