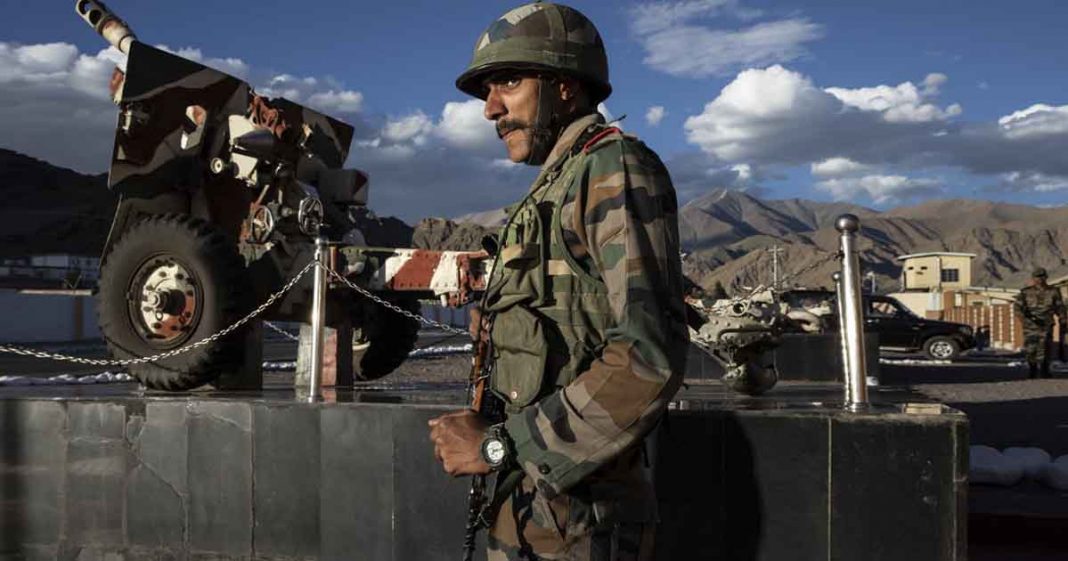 A major military conflict is brewing at the heart of Asia. It could come to nothing, or it could affect four countries. It all depends on how valid the actions of those involved are going to be and whether other countries are going to undertake peacekeeping efforts.

On 23 May, it was reported that the Chinese People’s Liberation Army (PLA) had moved 5,000 soldiers into the mountainous region of Ladakh. This is not exactly a new development, since it is a disputed territory and both China and India have patrolled the area from time to time. There has also been trouble on the other side of the Himalayas – in Sikkim. In June 2017, for example, Indian soldiers crossed the border and effectively invaded the neighbouring country of Bhutan, where the Chinese were building a road.

By international standards, however, the current example is rather significant – it is the first time that foreign soldiers have invaded territory considered to be Indian since the Kargil War between India and Pakistan (under pressure from the US, Pakistan was eventually forced to withdraw its troops). Judging by the nature of the troops’ movements, the incursion by the Chinese soldiers is strategic – they entered five areas of Ladakh. Four of these are along the Galwan River and the fifth is near Pangong Lake.

In late April, heightened activity by the Chinese was observed in the area, but India did not take active countermeasures. On 5 May, Chinese soldiers began their invasion. Then, on 12 May, several incursions were carried out simultaneously into Demchok, southern Ladakh, and Naku La in northern Sikkim. There were 200 Chinese soldiers in Sikkim, but they have been withdrawn for the time being. The latest incident also involved an exchange of gunfire that injured 72 Indian soldiers, according to Indian sources. It is also reported that the PLA is preparing a similar advance into another area – southern Ladakh. 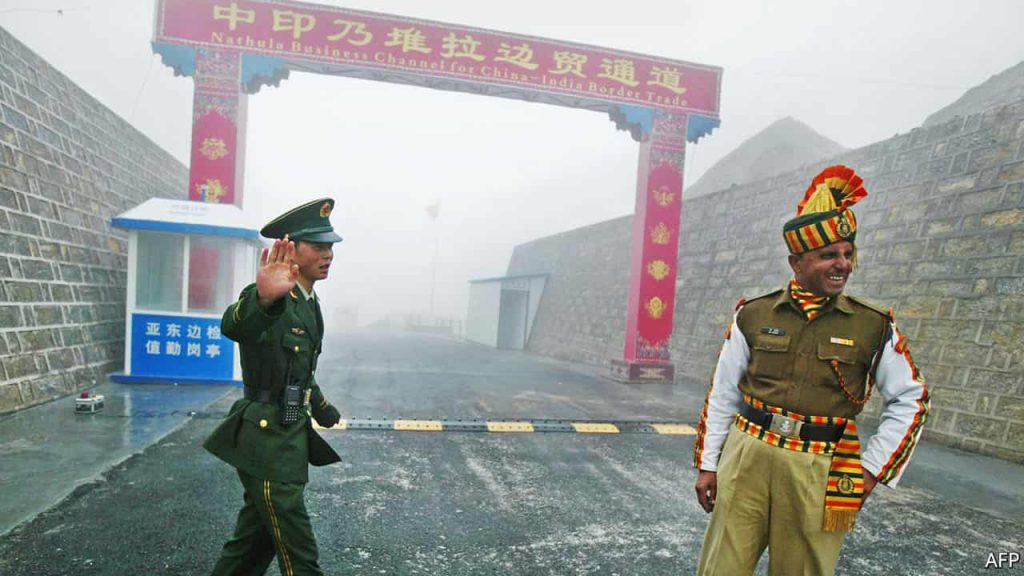 The seriousness of China’s intentions can be seen in satellite images that show significant changes at the Ngari Gunsa airport just 200 kilometres away from Pangong Lake. These changes took place over the course of six weeks or so, the territory was expanded and new hangars appeared. Images from early May also recorded J-11 and J-16 fighter jets.

In addition, on 25 May, China announced that it was going to start repatriating its citizens from India. The announcement was made under the guise of measures to combat the coronavirus, although, given the escalation in Ladakh, there is also a clear political dimension.

The Government of Nepal has released a revised official map of Nepal today that includes parts of Indian territory. This unilateral act is not based on historical facts and evidence

On 26 May, meanwhile, it was reported that there were now 10,000 Chinese soldiers on Indian territory. A public notice also appeared on the PLA’s website claiming that the entire Galwan River valley is a part of China. It states that “the Indian side crossed the line in the Galwan valley… and unilaterally change the status of the border. The Galwan valley is a Chinese territory, and the local control situation is very clear.”

On the Indian side, there are five areas along the line of control, which covers 800 kilometres, that have constantly been a cause for concern – Chumar, Demchok, Pangong, and two places near Daulat Beg Oldi.

Indian media outlets have taken different positions on the issue. The Hindustan Times only mentions Ladakh in relation to the coronavirus pandemic, which is affecting the tourism industry. The Times of India, meanwhile, writes that “in face of China’s continuing aggressive behavior… a few additional infantry battalions have been moved into Ladakh”. There is no mention of diplomatic negotiations. Chinese media outlets make no mention of them, either.

It is interesting that, while accusing China of aggressive actions, India had just carried out a similar intervention against Nepal. A road link was unilaterally opened between Dharchula, in the Indian state of Uttarakhand, and Lipulekh in Nepal. The road passes through the disputed territory of Kalapani and was inaugurated on 8 May by Indian Defence Minister Rajnath Singh.

Nepal claims that Lipulekh, which is a strip of land in northwestern Nepal that borders India and China, is their territory. The Nepalese Ministry of Foreign Affairs holds the position that, in accordance with the 1816 Treaty of Sagauli that ended the Anglo-Nepalese War, Nepal claims all territories east of the Mahakali River, including Limpiyadhura, Kalapani and Lipulekh.

Primarily, India needs the new transport artery to shave several days off the Hindu Pilgrimage to Mount Kailash. It is telling that, back in November 2019, new maps were published in India showing these territories as part of India. At the same time, India annulled Article 370 of the Constitution, after which the territories of Kashmir and Ladakh lost their previous status. 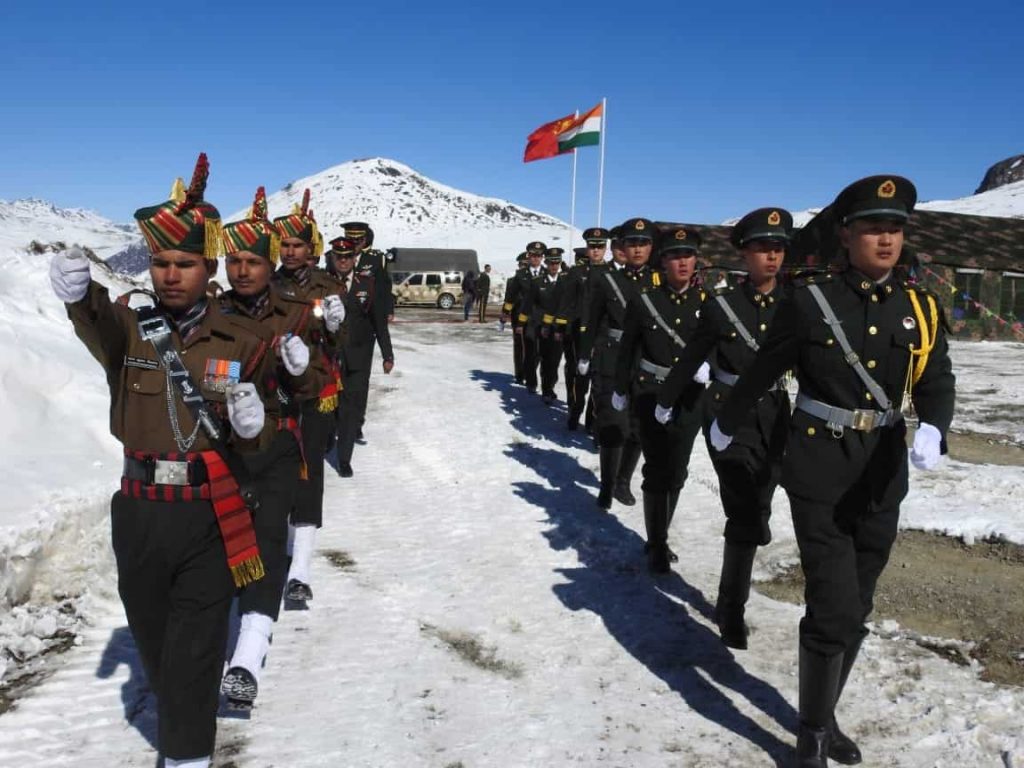 For its part, Nepal proposed that India resolve the issue of Kalapani, but India didn’t respond. Nepal reacted by publishing its own new political and administrative maps of the country on 20 May 2020 that show Lipulekh, Kalapani and Limpiyadhura as part of Nepal. This has now brought a cartographic dimension to the conflict, too. India was forced to speak out. On the same day, the official spokesperson of the Indian Ministry of External Affairs, Anurag Srivastava, said:

“The Government of Nepal has released a revised official map of Nepal today that includes parts of Indian territory. This unilateral act is not based on historical facts and evidence. It is contrary to the bilateral understanding to resolve the outstanding boundary issues through diplomatic dialogue. Such artificial enlargement of territorial claims will not be accepted by India.” India made no mention of the Treaty of Sagauli, however, as if it did not exist.

On 25 May, the Nepalese army stated that it was ready to counter the Indian army in the disputed, high-altitude region. Apparently, the military is already making a road to reach the high-altitude villages of Tinkar and Changru.

Another thread of the conflict is Kashmir, which borders Ladakh. The dispute between Pakistan and India over the region has been going on since 1947, but India has recently stepped up its efforts. The coronavirus pandemic has played into India’s hands – lockdown measures have turned Jammu and Kashmir into a no-go area. It is worth considering that there are around 900,000 police, security and military personnel in the Indian-controlled area.

In fact, it is the most militarised region in the world. And since the incident in February 2019, when an Indian Air Force jet was shot down over Pakistan, tensions between the two countries have reached new heights. Although Pakistani Prime Minister Imran Khan demonstrated an act of good faith and handed over the captured Indian pilot, New Delhi showed little interest in settling their differences any further.

This whole knot of conflicts shows the region’s explosive potential. In addition, China and Pakistan are long-time allies against India, while, of late, Beijing has been actively supporting Nepal, preventing New Delhi from shifting the balance in its favour. This could lead to the creation of a tripartite alliance against India that would begin coordinated actions against the country, including through the use of international platforms.

UN Security Council Resolutions on previous conflicts (most particularly, the need for a referendum in Kashmir to decide its future) have been unable to make a difference. Let’s see if the situation changes now. Chances are that events will develop on the basis of intuition, logic, and the decisions taken by the leaders of the four countries.

Xi Jinping: The leader who gave the world ‘Belt and Road’