India's biggest ally US has labelled India as the country with the steepest and most alarming deterioration in religious freedoms. Such circumstances provide Pakistan a golden opportunity which it must immediately seize. The country must set the wheel of the international system in motion through a multi-prong strategy, argues a graduate of Harvard Law School, U.S.A. 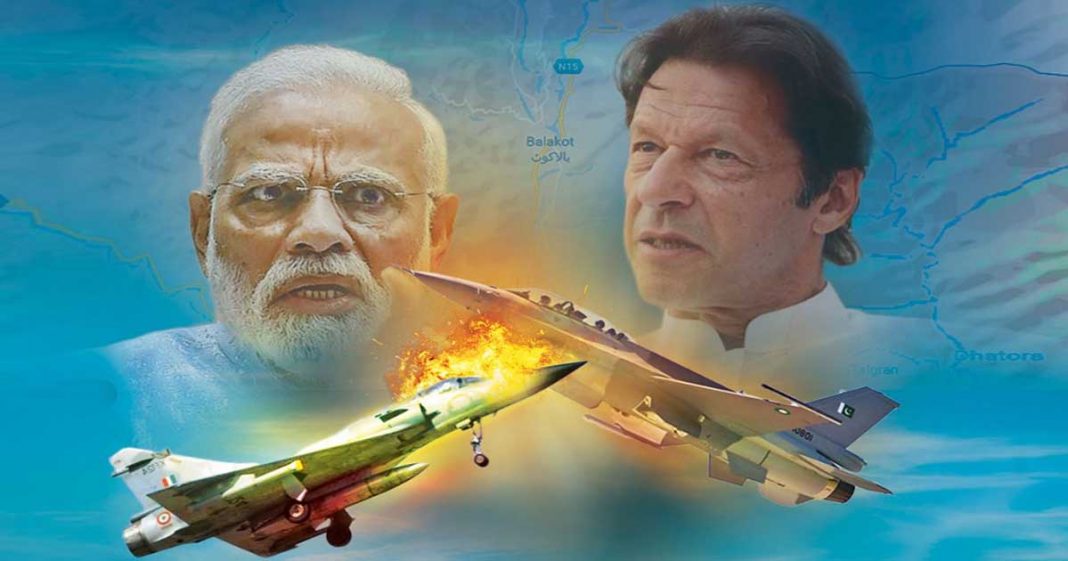 It’s been 9 months since 5th August 2019, the day India abrogated Article 370 of its Constitution and split Jammu and Kashmir (J&K) into two Union Territories: Jammu and Kashmir and Ladakh. This was a watershed event in Sub-continental history that changed India, Pakistan and Kashmir’s political landscape forever.

Since 5th August 2019, Pakistan’s policy, diplomatic and legal circles have been weighing several legal options against India at various international forums. However, there hasn’t been any concrete outcome as yet. An option reportedly considered by Pakistan last year was to invoke the Genocide Convention of 1948 – a Convention to which both India and Pakistan are a party – and battle it out at the International Court of Justice (ICJ) on the basis that India violates the Genocide Convention by targeting Kashmiris.

Pakistan belatedly realized that this was a non-starter because India made certain reservations to the Genocide Convention which practically oust the jurisdiction of the ICJ. Moreover, establishing the commission of the crime of genocide under international law requires a very high evidential threshold. This ended the chances of Pakistan bringing a dispute against India at the ICJ under the Genocide Convention.

Another legal vertical debated within our policy circles has been to refer the Kashmir issue to the United Nations General Assembly (UNGA) which, by a majority vote of its Members, can seek an advisory opinion from the ICJ. The obvious challenge is to garner required votes at UNGA to seek an advisory opinion of the ICJ. Also, advisory opinions of the ICJ are non-binding, although they do inform of important developments of international law on a given subject and carry moral authority as an instrument of international diplomacy.

If Pakistan manages to canvass majority votes of UNGA members to refer the Kashmir issue to the UNGA, this can solidify the legal base for Pakistan’s claims in respect of J&K. It could also possibly pave the way for Kashmiris’ self-determination. It remains to be seen whether Pakistan is willing to pursue this option any further. I have opined in these pages in the past that Pakistan must pursue this option vigorously.

But waging a comprehensive lawfare requires casting a wider net. Another vertical in Pakistan’s lawfare arsenal that has been wholly missed out is the International Criminal Court (ICC) set up according to the Rome Statute in 2002. The ICC is the first-ever permanent international criminal court with jurisdiction over four crimes: war crimes, crimes against humanity, genocide and lately, the crime of aggression.

Unlike the ICJ that determines disputes between states, the ICC is all about individual criminal responsibility. Under Article 27 of the Rome Statute, the jurisdiction of the ICC extends to all persons without any distinction based on official capacity and regardless of whether the persons are heads of state or government, elected representatives, or government officials, and the same cannot exempt them from criminal responsibility under the Rome Statute.

Some powerful governments still have not joined the International Criminal Court: China, the US, Russia, India, Pakistan, and Saudi Arabia. They're more afraid of their own forces being prosecuted than interested in upholding justice and the rule of law. https://t.co/Ql1pg7H7Ph pic.twitter.com/P5IfZRb4rb— Kenneth Roth (@KenRoth) July 12, 2018

Like some other countries of the world, both India and Pakistan have, for their reasons, shied away from becoming a party to the ICC. But Pakistan shouldn’t rule out joining the ICC simply because it is perceived as a trade-off with Pakistan’s sovereignty. It isn’t. Rather, ICC supplements national jurisdictions and assumes jurisdiction only if countries that are a party to the ICC are ‘unable’ or ‘unwilling’ to prosecute crimes included within the jurisdiction of the Court.

How does ICC supplement national jurisdictions?

An example is that of the situation in Myanmar and Bangladesh. In November 2019, the ICC’s Pre-trial Chamber No III authorized the ICC Prosecutor to open an investigation into the situation in Bangladesh/Myanmar relating to the persecution of the Rohingya people. Interestingly, the ICC authorized investigation on the basis that Bangladesh is a State Party to the ICC although Myanmar isn’t, and despite that the crimes didn’t originate in Bangladesh but rather in Myanmar. This is a significant development in international law and one with important lessons for Pakistan, which too, has historically suffered from the crime of aggression originating from another territory: India.

The crime of aggression was formally included in the ICC’s jurisdiction in July 2018. It has been defined in Article 8 bis of the Rome Statute as: “…the planning, preparation, initiation or execution, by a person in a position effectively to exercise control over or to direct the political or military action of a State, of an act of aggression which, by its character, gravity and scale, constitutes a manifest violation of the Charter of the United Nations.”

Under the Rome Statute of the ICC, an “act of aggression” is deemed committed in circumstances that include: a State using armed force against the sovereignty, territorial integrity or political independence of another State, or in any other manner inconsistent with the Charter of the United Nations.

Theoretically, if Pakistan was a party to the Rome Statute during last year’s Balakot strike by India, Pakistan could have referred the matter to the ICC seeking an investigation into India’s act of aggression committed on Pakistani territory.

So what are the options available to Pakistan?

First, Pakistan can either accede i.e. agree to the Rome Statute of the ICC as a full-fledged State Party like any other country. However, Pakistan’s policy circles may construe ICC membership as a double-edged sword because a State Party is responsible for the entire raft of duties and obligations under the Rome Statute. In those circumstances, not only can the ICC seize crimes referred by Pakistan with the request to the ICC to prosecute those crimes, but ICC may also, on its own, take cognizance of other situations within Pakistani territory in which any state or non-state actors are deemed to have committed a crime falling under the ICC’s jurisdiction.

Whilst an Article 12(3) declaration by Pakistan would not automatically trigger the ICC’s investigation or prosecution of the particular situation (something determined by the ICC based on whether the crime has reached the threshold required under the Rome Statute). Hence, it would be a potent arsenal in Pakistan’s lawfare that can act as a deterrent against India. Importantly, an Article 12(3) declaration would produce the same net result for Pakistan as it’s becoming a party to the Rome Statute without Pakistan assuming the broader obligations under the Rome Statute.

Pakistan can also showcase India’s intransigence before the world community as evidence of India being a persistent violator of international law. The ICC is also empowered to require State Parties to arrest and surrender an individual in their territory accused of committing an international crime. Utilizing these verticals, Pakistan can ramp up unprecedented pressure on India.

US report on religious freedom in India, a global opportunity for Pakistan

The latest Report on India by the United States Commission on International Religious Freedom has called out India as the country with the steepest and most alarming deterioration in religious freedoms. This is unprecedented coming from India’s biggest ally, US. With the BJP and RSS at the helm of affairs in India, the situation of minorities and India’s aggression towards Pakistan is only bound to get worse.

On the diplomatic, security and strategic chessboard of the region, circumstances have converged in an unprecedented manner giving Pakistan a golden opportunity which it must immediately seize. It must look for out of the box solutions and challenge India through the weight of the international system. It’s a common fallacy in Pakistan that international law lacks teeth and can’t address international disputes such as J&K or come to Pakistan’s rescue in the face of India’s belligerence towards Pakistan.

To the contrary, Pakistan must set the wheel of the international system in motion through a multi-prong strategy. Accepting the jurisdiction of the ICC would be one of those strategies that can corrode India’s designs and give a deeper meaning to Pakistan’s lawfare.

Hassan Aslam Shad is the Head of a leading Middle Eastern law firm. He graduated from Harvard Law School, U.S.A., with a focus on international law and corporate law. He can be reached on Twitter @HassShad.

News Desk - 22 April 2021
The scheme is envisaged to reduce the physical examination of goods which is time-consuming and costlier besides causing port congestion. The program has been implemented initially at KICT, SAPT terminals of Karachi port, and at QICT, Port Qasim with effect from 19th April 2021

Future of Pakistani Film Industry & Need for an Identity

Viceroy House Is Revisionist History At Its Lowest Point