Prime Minister Imran Khan’s approval of Ertugrul has ruffled feathers in the Pakistani film industry. Actors and producers see this as a threat to domestic production serials as Pakistani viewers flock away from local products. It is particularly ironic since Turkey’s state-owned TRT produces Ertugrul. In contrast, Pakistani governments have never supported the arts or film industry in the same way, as many regional competitors, including India do.

One of the most surprising things about the popularity of Ertugrul in Pakistan is the implication that it will somehow welcome neglect and doom of our media. Although Turkish dramas have become common on Pakistani television, few of us would know that the Turkish “soaps” are referred to as ‘dizi’, a new genre that takes into account the soap-like structure of Turkish serials as well as the grand, on-location settings and common tropes.

These dizis are sweeping the world with their handsome cast, melodrama and expense budgets. In Pakistan, several Turkish series from “Feriha” (Adını Feriha Koydum) to “Kosem Sultan” (Magnificent Century: Kosem) have received the warmest of receptions and with Ertugrul managing to become a giant, the future for local content could be grim.

Dirilis: Ertugrul or Ertugrul Ghazi as it is known in Pakistan, is inarguably the most-watched TV series to come from elsewhere, in some time. The Turkish historical drama has become one of the biggest TV series to ever hit the airwaves in Pakistan with PTV enjoying viewership of an unprecedented 130 million-plus on its TV channel, as well as a record number for the network’s YouTube channel.

There has also been almost constant discourse about the series since it began airing, on the Interweb with the series being a trend almost daily on Twitter. In just a few months, it has become something of an unmatchable behemoth for local productions. With more budget than any film or TV series in Pakistan and far more potent messaging, not to mention PM Imran Khan’s endorsement of the series, it’s not hard to grasp why many in the industry are looking down at the show with contempt.

After all, Pakistani content has rarely received such backing from the government, and despite many ISPR backed films and dramas enjoying successful runs, nothing has ever come close to becoming such a giant. For many, Ertugrul is the first step in foreign content completely usurping control of entertainment media and becoming the primary consumer option.

Contrary to popular belief, a lot of these concerns are legitimate. After all, we’ve all lived through a time when Indian media was on every channel and being watched throughout the country often through illegal means. Despite the recent TV industry boom, Pakistan has never quite managed to establish itself outside its borders as other countries have with their content.

Yes, every so often, we have a runaway hit like Zindagi Gulzar Hai or Humsafar that manages to connect with audiences across the border. Those are outliers though. Call it bad luck or poor distribution, although Pakistani dramas are enjoyed in various parts of the world, we’ve never been in a position where we could let it become a serious source of revenue.

Dirilis: Ertugrul is also helped in large by its deceptively clever method of dissemination. Aside from acquiring the backing of Pakistani Prime Minister, and running on a state-owned TV channel, Ertugrul has attacked all fronts. With Pakistanis watching TV dramas on YouTube in droves, the smart decision to put the show on PTV’s YouTube page only added to the show’s ease in reaching more and more people.

Not to mention the show’s availability on Netflix, a heavily used platform where Pakistani shows are few and far between, has also helped viewers jump on the bandwagon. Netflix has had great success with foreign content, even within Pakistan, so it is no surprise that Ertugrul is almost always trending at #1 in the country. For many, Netflix’s dubbed and subtitled content (particularly Spanish series like Money Heist, Elite) allowed initially hesitant viewers to get acclimated with watching dubbed foreign content.

Ertugrul’s presence on the streaming service then allowed for a greater word of mouth through social media where the same users have been known to discuss other foreign series. Pakistan isn’t alone in this. Netflix itself has in the past reported that audiences are more likely to watch shows with dubbing available and have thus even gone as far as to open a division for some of their hit shows (like Money Heist) so their subscribers have a more pleasant viewing experience. 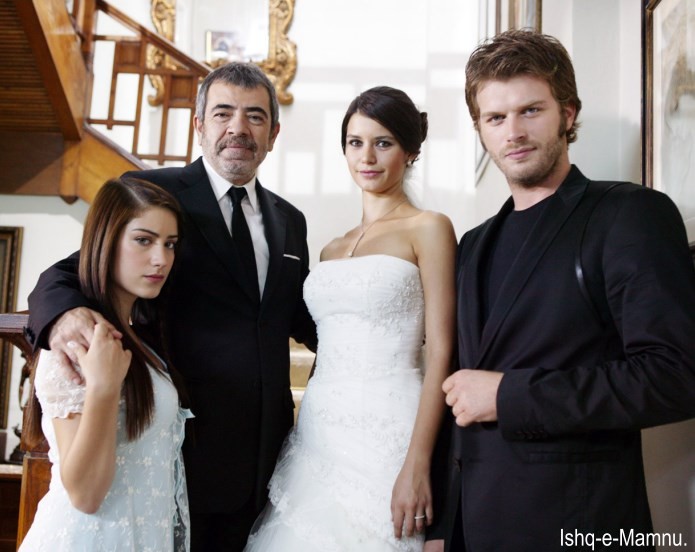 Of course, there’s also the fact that for the past couple of years we have collectively embraced and made room for Turkish content in our schedules. Even initially reluctant naysayers of Turkish dizis like Hum eventually came around to putting Turkish soaps on their channel after the popularity of Ishq-e-Mamnu. Turkish TV series are the second-largest TV series distributors in the world after the US and so them becoming such a big giant in Pakistani is perhaps the least surprising development in all of this.

All of this to say that many are downplaying the significance of once again devoting so much time to foreign content instead of our own. Pakistanis have seen our content put on the back burner by networks choosing to fill prime time slots with licensed Indian dramas in the past decades. Although local TV dramas were eventually able to breakthrough.

Many within the industry are worried about once again being relegated to second or third choice for Pakistanis who have long held a liking for Indian entertainment. Now the matter is that the threat for many feels far less insidious given that it is not emerging from the enemy territory but an Islamic country.

Read more: We, the Hypocrites: The public trial of Sarmad S. Khoosat

Even so, Pakistani entertainers seem as addicted to the show as the rest of the world, with actors like Bilal Ashraf, Osman Khalid Butt, Mehwish Hayat, Neelum Munir and Hamza Ali Abbasi all expressing their love for the show on social media. However, some in the country voiced concerns over the show’s rampant success. Actor Shaan Shahid took to Twitter to blast the government for their decision to support TV dramas from elsewhere at the expense of airing local content.

In all fairness, Shahid does have a point about the state not funding any content. Countries like Iran saw a radical improvement in their films after the country began to back promising filmmakers and support their art. Here, we’ve seen platforms reduce over time. This includes PTV, once the home of some of the finest scripted content in Asia and now barely managing to invest money into a few decent shows.

Will Ertugrul Change the TV Landscape?

The current situation of the country’s film and television—while in a far better place than the past few decades— is still not stable enough for investors to pour big money into our film and TV sectors. There’s also the grave matter of Pakistani cinema not being able to establish its own identity. While our TV dramas have begun to explore social issues in addition to the usual marital affairs, most are so similar it is hard to tell them apart.

Our movies are also following Bollywood blueprint rather than experimenting and coming up with our brand of movies. There is also the prevalent mindset in the public where foreign content is deemed inherently superior to local films and sadly there is strong merit in that given the scope and ambition of Hollywood and Bollywood films. 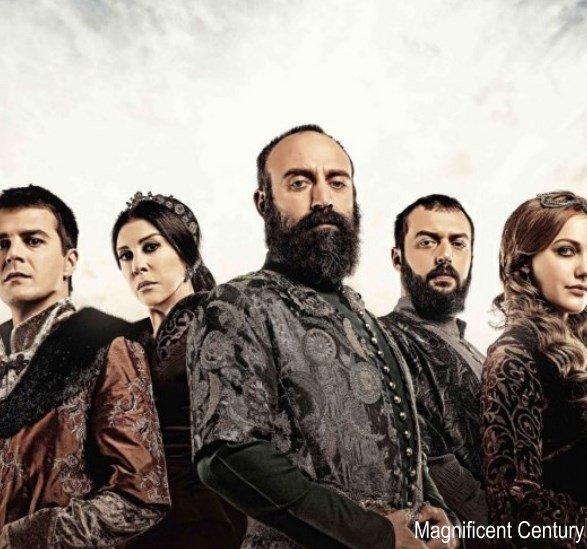 Although Pakistani television is still at a greater place than its movies at the moment, they are falling behind in an era where television is just as big and grand as movies. Shows like Game of Thrones and now Dirilis: Ertugrul has proven that audiences have an insatiable appetite for TV that is genre-bending and heavy on spectacle as well as romance and politics.

Ertugrul’s wild popularity in Pakistan and other parts of the Muslim world shows that TV viewers are also not hesitant of watching historical fiction that dabbles in religion if it is done right. Religious content is something that Pakistani media has been afraid to dabble in despite successes such as Shehr-e-Zaat on TV and Khuda Kay Liye on the big screen. With Khalil-ur-Rehman pledging to make a show in the vein of Ertugrul, that all could change soon.

Our industry has always been fearful of Indian content with regards to films, having the country’s film board delay Indian film releases on key dates in fear of having our movies sidelined. After the warm reception of this Turkish series, TV has now become a new battlefield for them to struggle in. However, out of challenge is often borne innovation and Ertugrul’s popularity could ideally allow for programming that is fresh and proudly rooted in our culture.

WHO chief once again praises PM Imran for COVID-19 policy