Ertugrul: An upstart for dissemination of Islamic culture in Pakistan

Herodotus who is deemed to be the “father of history” set the precedent of writing history as a flowing and engaging narrative. He told history in a chronological order, which was very much a form of art. He relied upon his observations but also myth and folklore, hence, history, as an academic discipline, was certainly viewed as spectacular art through Herodotus’ lens.

The role of art is crucial in shaping people’s view of the world. However, in the 21st century, historical fiction has arguably been the most effective genre of all. It is a combination of true historical events and mythical folklores—in the shape of documentaries, movies and web-originals.

Morph the historical literature into a movie or web-series mating with adventurous expeditions and simply witness how it quickly turns out to be a blockbuster. We certainly need splendid art in terms of an avid but true historical narrative to brag upon the dominant culture of our glorious past. But alas, and I’m saying this with a heavy heart, no matter how magnificent the history is, its illustration from books and novels has become obsolete in the age of electronic media and Netflix.

We need good history books to memorize our renowned and well-acclaimed historical account to shun the cultural onslaught of the West. We need to delve deep into the history for identifying the reason why western mothers used to make their children sleep tight by muttering this single sentence, “Hush! Turks are coming.” We certainly need good history books, but from a political perspective, a good history-based fiction movie or series is worth far more than an article or book on history.

Turkey has a unique mission as the heir of a great empire, a nation founded by men of strength, courage and wisdom

It is due to this very reason that on the eve of President Erdogan’s meeting with President Trump back in 2017, William Armstrong, an Op-Ed contributor at the New York Times wrote: “The popularity of the series does not necessarily reflect the much-vaunted rise of Islamization under Mr Erdogan. It is more about a deep-seated ambition for prestige and national assertion against enemies.

Series like “Dirilis: Ertugrul” expresses the idea that Turkey has a unique mission as the heir of a great empire, a nation founded by men of strength, courage and wisdom.” By watching Diriliş: Ertuğrul, you will be reminded of the Israeli Historian Prof. Moshe Sharon who opines: “Why Islam is not a religion in the ordinary simple way of thinking; instead, it is a culture which comprises everything.

In most of all, ISLAM is a culture based upon revelations and it’s a culture which is based upon a legal system comprising of everything from the life of an individual to the life of a society and ultimately to the existence of a State. Secondly, Islam is a world religion connected to the whole world for it once established the world order encompassing the whole world into one State to overcome all the other religions which mean there is only one truth—rather truest of all revelations.

And what have the community of Islam believers to do? By accepting the call of Prophet Muhammad (S.A.W), they have a mission in this world. The mission is to bring the word of God to the whole universe, and in a simplified way, to the whole of this planet.” The theme, narrative and object of Ertugrul are in sync with what Prof. Moshe Sharon said about Islam. 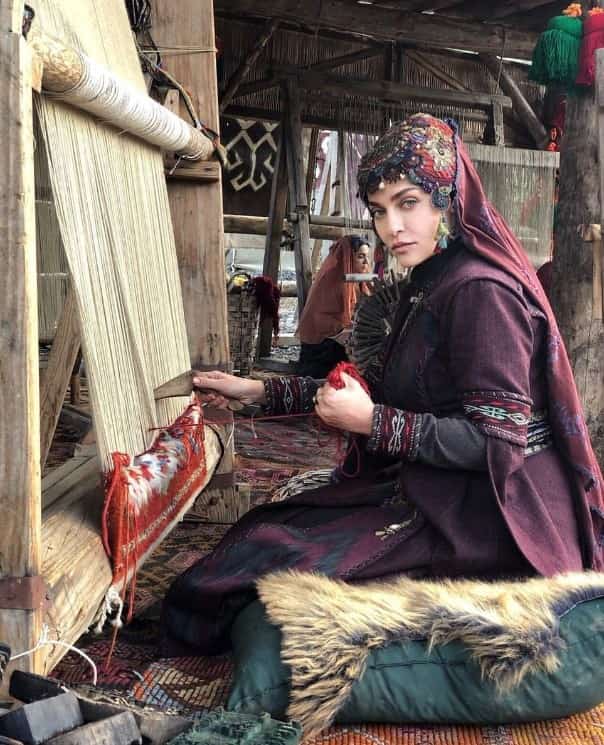 The spectacularly produced series is to be called Turkish “Game of Thrones” but when you start watching, you find that there is no comparison of the amazing Resurrection: ERTUGRUL with Game of Thrones. Whether it is HBO produced Game of Thrones or Spanish drama series Money Heist; in front of Ertugrul, both the series have no standing. The reason is simple.

You cannot compare a series or film based on some true historical events with ones which are just fiction-based history. The Resurrection: Ertugrul is based upon Ertugrul’s indefatigable struggle to find a permanent abode for his Kayi Tribe from Aleppo to Erzurum. He simultaneously battles with the fanatic Crusaders, ruthless Mongols, Christiane Byzantine, treacherous Saljuk governors and generals, and internal betrayers.

The beauty of this series is the robustly enchanting themes focused on the establishment of an expansionist Islamic state having rules based on the principles of justice, as well as the Islamic concepts of unity, faith, martyrdom, hope and patience. The most fascinating dialogue of ERTUGRUL is, “The victory is not ours, it only belongs to Allah.

As long as we follow Allah’s path, nobody can bring us to our knees. But if we start to believe victory is ours, if we forget our purpose and contaminate it with our desire for fame, then our Lord will shame us.” This dialogue veritably shatters the intrinsic idols of hubris and triggers the unique emotion of humility.

We live in an era of fifth-generation warfare when the mounted cultural assault of West is hollowing the Muslim world by contaminating the splendid Islamic culture. They are infusing venom of drug and sex-crimes in a young generation along with myriad waves of despair and disappointment plus polluting youth’s mind from a western inferiority complex. Ertugrul is a defence-shield to ward off this toxic tide.

The dirt upon which the entire phony fabric of Hollywood and Bollywood is based will shatter before the imposing edifice of Ertugrul. So far as Erdogan’s Turkey is concerned, the series hinges upon the current neo-Ottoman gusto igniting rose-tinted nostalgia of Ottoman dominance in the region to fire up nationalism. 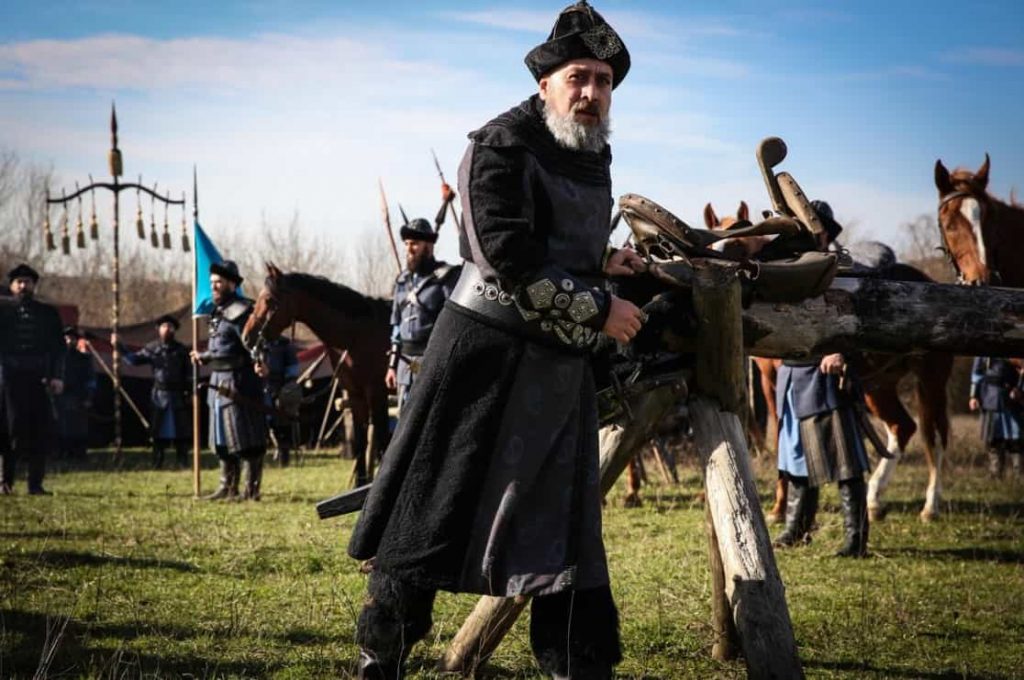 The five seasons of the series “Resurrection: Ertugrul” are mapping the life of Ertugrul Bey, the father of the founder of Ottoman Empire. The show is based upon the saga of events that set his tribe on a path to a historical pinnacle. Airing this show is an attempt to demonstrate that even in post-1923’s Kemalist tendencies, Erdogan’s Turkey has not forgotten the glories of Ottoman Empire.

The dawn of ERTUGRUL is the inception of resurgent Turkey drifting away from Kemalism and tilting toward Ottomanism. It’s the impact of Resurrection: Ertugrul that Erdogan indirectly threatened the United States to give an “Ottoman slap” to whoever thwarted Turkish interests in Syria.

In Pakistan, redundant current affairs talk-shows hosted by rating-starved anchors frustrate public with the sheer decline of electronic media, as PM Imran Khan rightly points out. The copycat culture of Bollywood dirt in a private soup opera seeds destructive vulgar impulses in youth. This destroys the family system and drives everyone to despair and frustration.

Read more: Sonic the Hedgehog: Not as fast but bumpy alright

The growing popularity of Youtubers like Haqeeqat TV, Sadeeq Jan and Maleeha Hashmey hint at the tendency of a common man to search for some nationalist content. People are no more interested in monotonous talk-shows. Such shows have become the tools of 5th generation warfare in terms of boredom, disappointment and splintering belief in State.

Yet there is also concern that such shows, especially those of foreign origin, being broadcast on the national channel will do more harm than good. While the show is presenting a much needed idealistic view of a functioning Islamic Civilization, it could also fuel anti-system beliefs in the masses. The debate on the effects of entertainment media on the masses goes back to the dawn of television invention itself.

Yet as sublimely strong as Ertugrul’s anti-state sentiments are, there isn’t much to suggest that it will indeed trigger our public into distrusting the state more than already do. ERTUGRUL is also a welcome departure from the myriad of soapy dramas about marital affairs and broken homes that are currently populating the small screen. 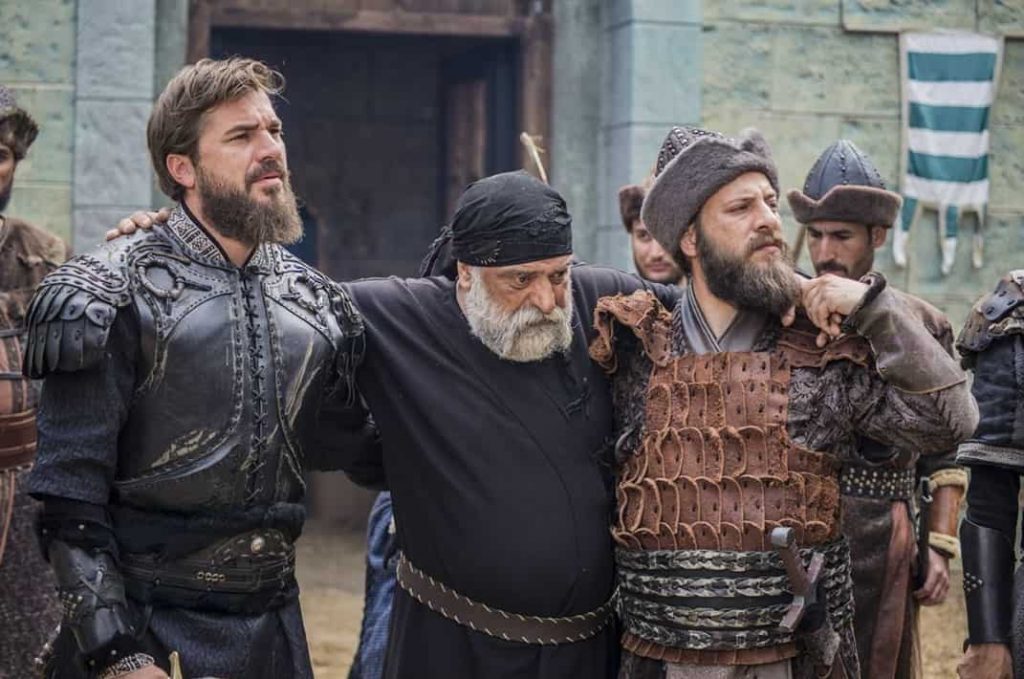 Some, like Pakistani actor Shaan, see PM’s endorsement and subsequent airing on PTV as the final blow in a decade’s long struggle to get the government to fund entertainment projects. It is much cheaper for PTV to collect licensed content from channels abroad than invest in good content themselves.

However, given the boost, it has given to PTV’s ratings and how it has helped fill in time slots in the wake of the Coronavirus shutting down productions, ERTUGRUL is a decisive win for the network. It’s no wonder that the PM has already picked out a second Turkish show about a Muslim mystic entitled Yunus Emre for the telecast.

Now more than ever, people are in dire need of some positively thrilling content one like “Resurrection: Ertugrul”. PM’s initiative of Ertugrul Ghazi to air on PTV in these self-quarantine days is something that deserves kudos. So far as the question of promoting a foreign show is concerned, it is pertinent to mention here that it’s content that matters and not the competition.

Revitalization of long-standing Kashmir issue and the contemporary world

Suket Dhir, Men’s Wear Designer, From Delhi to the World