COVID-19 has given way to a whole new way for films and entertainment content to be introduced and that is Premium Video On Demand (PVOD) sites. PVOD sites differ from Netflix, Amazon and other streaming sites as they deal with direct purchase or rent of content whereas the former provides free content under your monthly or yearly subscription package. 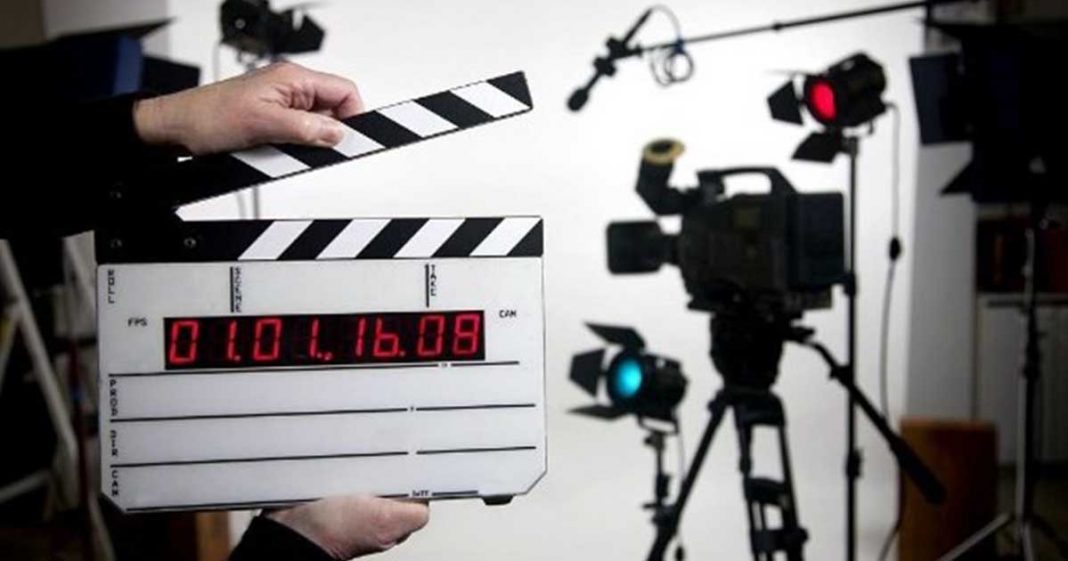 As the world adjusts to the new reality that is the post-Covid-19 world, Hollywood like other film industries is having to adapt to survive. In this time of social distancing, one-on-one meetings have become a serious hazard and for those in the business of producing content, work has all but stopped. Hollywood has always had to adapt and overcome hurdles and April has been the month in which the monolith has begun to fight back.

Production was temporarily shut down on all major projects throughout the world, but now slowly and steadily efforts have begun to return to work as the situation around the world improves. While the pandemic is far from over, companies have begun devising strategies in various parts of the world on how to best return to production. The potential risk is still indeed very high.

Things aren’t stable anywhere, with places like India struggling to come up with ways to make the filming of new content possible. Industry analysts are predicting that it will take close to two years for Bollywood in India to properly recover. Film shoots are expected to continue from next year but that time will be a torturous one for cinema owners who rely on the steady supply of films to keep a roof above their heads.

The pandemic has incurred historic losses on studios and many people have become jobless. Studio employees and prolific theatres in the US have started filing for bankruptcy. Against the backdrop of these circumstances, Hollywood and production companies across the world have felt the need to get back into the business.

In Australia work on TV soaps like The Neighbours has resumed after taking strict social distancing measures and reducing the number of crew members. It is very likely everyone in the production team sans the actors will be wearing masks and protective gear on set during filming for the foreseeable future across the globe.

Sherlock star Martin Freeman, along with Harry Potter’s Imelda Staunton and Killing Eve’s Jodie Comer is also boldly venturing back onto the set in one of UK’s earliest productions: a remake of British playwright’s series of monologues “Talking Heads”. UK has enforced social distancing rules which are to be observed by the small production crew chosen for filming the special monologue series for BBC.

The Coronavirus pandemic has been a swift blow to studios and cinemas worldwide. Movie studios are scrambling to shift large chunks of their film release slates in response to to the coronavirus pandemic and subsequent cinema closures. China, where things are significantly better than elsewhere, has already begun working on film and TV project in the wake of restrictions being eased in the Middle Kingdom. Sweden and Denmark are set to resume film and TV production soon too, using a multi-national film guide on how to proceed in the wake of the Covid-19 crisis.

America, which generates a large revenue from its film and TV production has been seriously impacted due to the lockdown. Thus, on April 13th, the Directors Guild of America, tapped Steven Soderbergh director of the now prophetic “Contagion”, to lead a task force to determine when work can resume. His new position would have him consult with epidemiologists and guilds to develop a plan to allow filming to resume in the US.

One of the biggest hurdles is in establishing new standards that could be followed by all production companies across the board. Among the ideas being considered are a push to take crew members’ temperatures before they enter a studio lot. There’s also a move to test employees to see if they have antibodies that would indicate they have some immunity to the virus, as well as hire teams to routinely clean sets within hours. They’re also looking into the possibility of instituting waves of testing for cast and crew to see if anyone has been infected.

Other measures could go from ensuring that the crew and cast had access to mask and gloves to providing protective clothing before entering the sets for the crew. One likely scenario is a comedian and director Tyler Perry’s plan to essentially put an entire film crew and cast on lockdown in a set with a housing and keep everyone in one location until filming can be done. While he’s awaiting instructions from officials on how to best make this work, it is likely that other companies would also consider doing something similar to finally continue work on their respective projects.

#Tenet and #WonderWoman1984 are still scheduled to debut in theaters at the end of summer https://t.co/9PNGU3G5AF pic.twitter.com/TgW4PfkecZ— Variety (@Variety) April 20, 2020

While such measures still may not seem secure, America is planning to slowly reopen its parks and theatres among other big revenue-generating industries sooner rather than later. A new poll by Hollywood Reporter reported that if promised sufficient cleaning of theatre chains, more than 50% of people would be willing to attend movies within a month of the cinemas reopening.

Currently, a slew of tent-pole films such as Christopher Nolan’s ‘Tenet’ and DC’s ‘Wonder Woman 1984’ are expected to bow down towards the end of the summer but it is anyone’s guess at how many people will actually be ready to risk showing up. What’s more alarming is while the public all over the world is getting antsy for life to get back to normal, the worst may not be over, with global economists predicting that the recovery process may not be as simple as people hoped.

The idea of a “W-shaped” recovery has also steadily gained traction as health experts increasingly warn about a resurgence in virus cases come the fall, and with it, a new downturn in economic growth. This means that the world economy may be in recession and there will be little interest in seeing films when times continue to be tough for people.

The theatrical landscape has been upended by COVID-19 in another more surprising way. Streaming services across the world are seeing sharp upticks in viewers. Netflix alone added 15.8 million subscribers, more than double the 7.2 million that were expected — a growth of more than 22 per cent year over year. The streaming giant now has 182 million subscribers worldwide. While other streaming services across the globe are benefiting from viewers being at home all day. Netflix, in particular, is best suited to weather the pandemic, with it having a number of shows in post-production and awaiting launch.

However, what is interesting is that COVID-19 could have birthed a whole new way for films and entertainment content to be introduced and that is regarding Premium Video On Demand (PVOD) sites. PVOD sites differ from Netflix, Amazon and other streaming sites as they deal with direct purchase or rent of content whereas the former provides free content under your monthly or yearly subscription package.

“Trolls World Tour” has generated more revenue for Universal Pictures in three weeks of digital release than the original “Trolls” movie did during five months in theaters, according to a person familiar with the matter #WSJWhatsNow pic.twitter.com/dbjtHLagxM— The Wall Street Journal (@WSJ) April 28, 2020

Recently, Universal’s Trolls 2 a film that is a sequel to a modest animated movie did business upwards of $100 million dollars on its first weekend simply by people buying and renting the movie on iTunes and other websites. By contrast, Avengers: Endgame did only $30 million on home releases. So it is entirely possible that a number of big and small films will use the audience interest in new films to release films set for cinemas to go direct to streaming. This business model seems to be one that could be of great benefit to studios during the pandemic.

Universal Picture’s chief executive Jeff Shell’s recent suggestion that the studio could continue to release films directly online instead of cinemas for 90 days (which is the regular window a movie has to stay in theatres before it can be purchased online digitally) was bold enough to anger film studios like AMC. The latter hastily committed to banning all Universal films from its chain of theatres across the globe.

Adam Aron, the chief executive of AMC Theaters, the world’s largest cinema chain operator and owner of Odeon, said the ban would apply to its 1,000 outlets worldwide when they reopened after the coronavirus lockdown. The renowned theatre chain is already struggling with bankruptcy in the states and has faced steep losses all over the world.

While theatre owners have had to contend with streaming for some time now, a new model where they are deprived of films would further undercut all cinema owners across the world. It is too early to tell if the mammoth success of Trolls 2 was a fluke or if other movies will continue to rake in huge sums of cash. Warner Bros is shifting their animated family picture Scoob to PVOD services before it ends up on their new streaming service HBO Max.

Although it is understandable for studios to be delaying their films and readjusting their entire calendar, there is a concern if any theatrical films will open this year at all. If so, it will be interesting to see if the studios in need of quick cash will set these films up for digital downloads or on streaming platforms.

Netflix has already acquired a slew of films that were set to hit theatres but couldn’t because of Corona such as The Lovebirds. Disney has also set Artemis Fowl for a digital-only release date on their own streaming service Disney+ instead of the original plan for a theatrical release. Seth Rogen’s American Pickle has also shifted to HBO Max and many more are expected to follow suit, ending up in streaming services or for purchase on Premium Video On Demand sites.

Despite so much uncertainty, studios across the map are in early stages of rising back on their feet and if analysts are correct, Hollywood as a whole could be up and running by early 2021.

Manto – A film about Rebellion and Freedom