Home Digital Magazine Mission Impossible is back with the bang!

Twenty-two years after the Mission Impossible series first launched, we are reminded why it was made in the first place, with the dazzling sixth addition to the Tom Cruise-led franchise, Mission Impossible: Fallout. Directed by frequent Tom Cruise collaborator Christopher McQuarrie, Fallout is a breath of fresh air for a franchise that seemed to have worn out its welcome some time ago.

In an era of generic superhero movies and big-budget CGI snoozefests, Fallout isn’t just a good old-fashioned action flick; it’s a testament to the enduring appeal of Tom Cruise. The movie picks up from where Rogue Nation left. Ethan Hunt (Tom Cruise) and the team, now back in the fold of the IMF, are trying to work against a terrorist organization called The Apostles.

Ethan, Benji (Simon Pegg) and Luther (Ving Rhames) reluctantly agree to work with the CIA (led by a fierce Angela Basset) and the agency’s best assassin August Walker (Henry Cavil). Their mission takes them all the way from France and London to Indian occupied Kashmir (the scenes for which were filmed in Norway).

The film also sees Rebecca Fergusson returning from the previous film, reprising her role of Ilsa Faust. The best thing about the film is its mind-blowing action scenes which never appear gimmicky and are engrossing and visually breathe taking. The film is a sharp and fast-paced very much in the vein of Nolan’s critically acclaimed The Dark Knight.

Vanessa Kirby and Angela Basset, two new additions to the franchise also make every scene their own and it will most certainly be nice to see them again in future films.

Lorne Balfe’s score pulses with life and because of the film’s excellent sound design really bring the film together. The film is further complemented by great editing and gorgeous cinematography that really nails the scope of this film.

The death-defying stunts are a joy to look at and the knowledge that they aren’t CGI and that Cruise himself is the one committing one crazy feat after another adds a certain tension to the scenes that was enough for me to want to muffle yelling.

The film truly establishes that Tom Cruise, at 56, is, without doubt, one of the last true action stars. The Mission Impossible series has been a platform for Cruise to showcase his seamless dexterity in doing the most jaw-dropping stunts.

Read more: Tom Cruise jumped 25,000ft from Plane in Abu Dhabi for his…

With Fallout, the actor effectively ascertains his status as a maestro of action maneuvers. His performance in Fallout isn’t simply great because of his spine-tingling antics but the film is bolstered by his magnetism and the vulnerability he brings to the role. Cruise isn’t the only appealing thing about Mission Impossible: Fallout though.

The film makes the most of its star cast. Simon Pegg is funny as ever and his banter with Cruise adds much-needed levity to the film. Henry Cavill is every bit the suave agent you would expect him to be and Fallout could serve as his audition tape for him being the next James Bond.

Ferguson is as pleasant as ever, with the athleticism of her character coming across as natural and her chemistry with Cruise being a highlight of the movie. Vanessa Kirby and Angela Basset, two new additions to the franchise also make every scene their own and it will most certainly be nice to see them again in future films.

Mission Impossible: Fallout is the kind of film that demands to be seen on celluloid. It proves that even with how anesthetized to CGI spectacles we have become, a truly great action film with real action has the power to captivate us like nothing else.

The movie, however, suffers from having a weak script and a second act that seemingly meanders a bit. There’s also the campy “spy movie” aspect of the film that is irritating (such as the face masks), but despite all that, Mission Impossible: Fallout is a huge improvement over its previous installments. 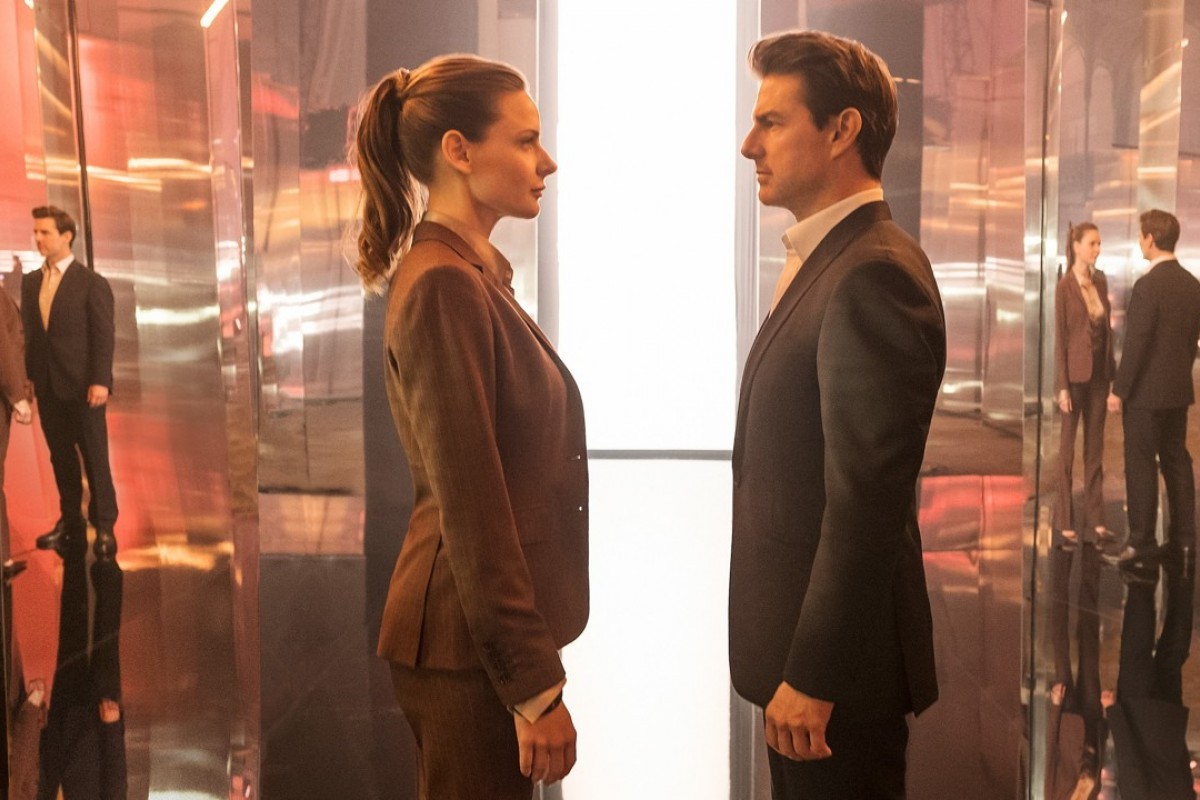 The movie’s impossibly rapid pace adds an urgency that proves to be troublesome in films that don’t quite deliver in the final act, but Fallout crescendos into a show-stopping final act that will be remembered for a long time by fans.

Mission Impossible: Fallout is the kind of film that demands to be seen on celluloid. It proves that even with how anesthetized to CGI spectacles we have become, a truly great action film with real action has the power to captivate us like nothing else.

Though not very strong story-wise, the heart-pounding action and exemplary direction, coupled with strong performances all around, makes Fallout, not only a standout Mission Impossible film but one of the best action films ever made.

Tom Cruise to shoot film in space, Thanks to Elon Musk